Photographs of the Isolated Mundari Tribe and Their Precious Cattle 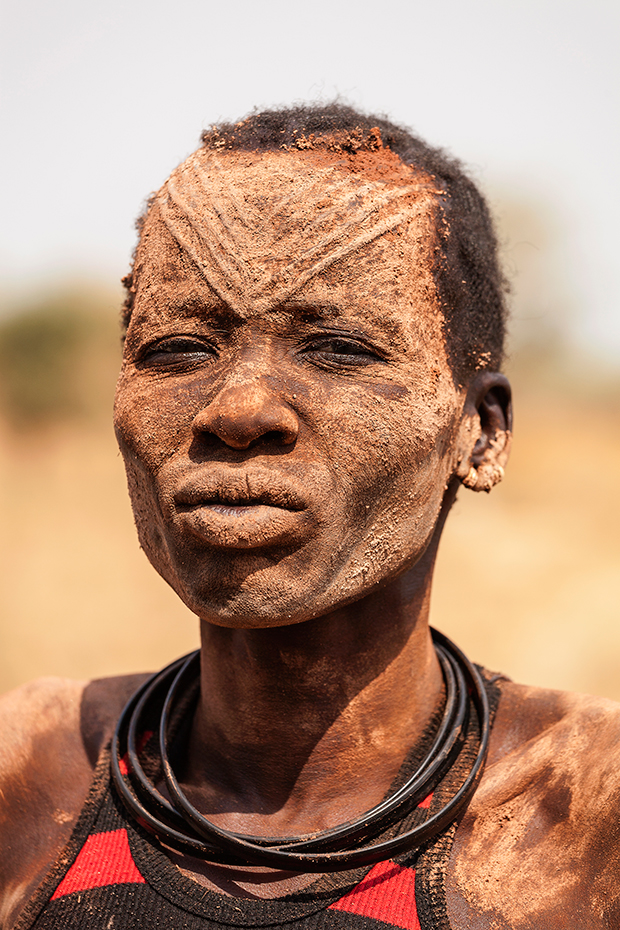 A Mundari woman with the ritual facial scarring, typical of their tribe, and covered in ash, a natural antiseptic which also protects the skin from insects and the sun. 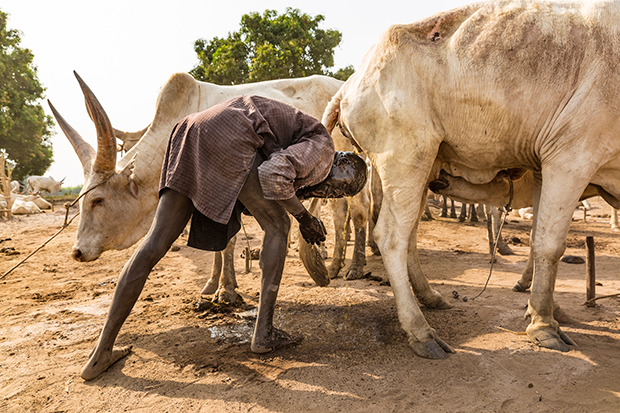 A Mundari man takes advantage of the antibacterial properties of the cow’s urine. An extra benefit is that ammonia in the urine will dye his hair orange.

Two years ago Tariq Zaidi quit his senior corporate position in order to pursue his life long dream of photographing tribes in some of the most isolated parts of the world. The London-based photographer was fascinated by the Mundari, a tribe in South Sudan who have been documented very little to date.

Due to their isolated location in one of the most unstable countries in the world, their customs and age-old traditions have remained more or less unchanged for centuries. Tariq approached these people with a desire to create a record of their culture in its current state, largely uninfluenced by the rapidly changing world around them.

The Mundari attach much importance to their cattle, which are highly valued as an asset and considered a food source, a cure for infection, a sign of social status and are often regarded members of the family. Tariq’s work in this area also served as a personal learning process, enabling him to witness some of these traditions firsthand, functional alternatives to the “Western” way of life with which most of us are familiar. 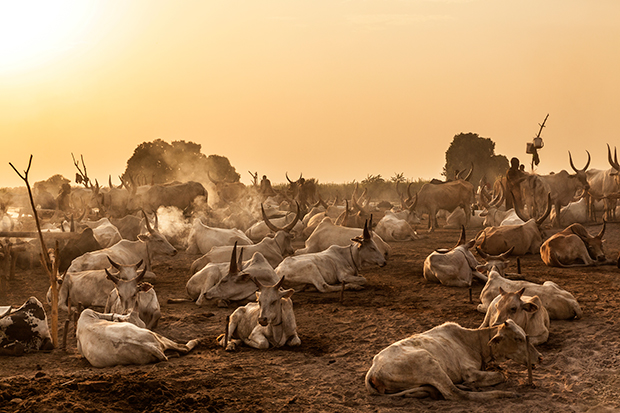 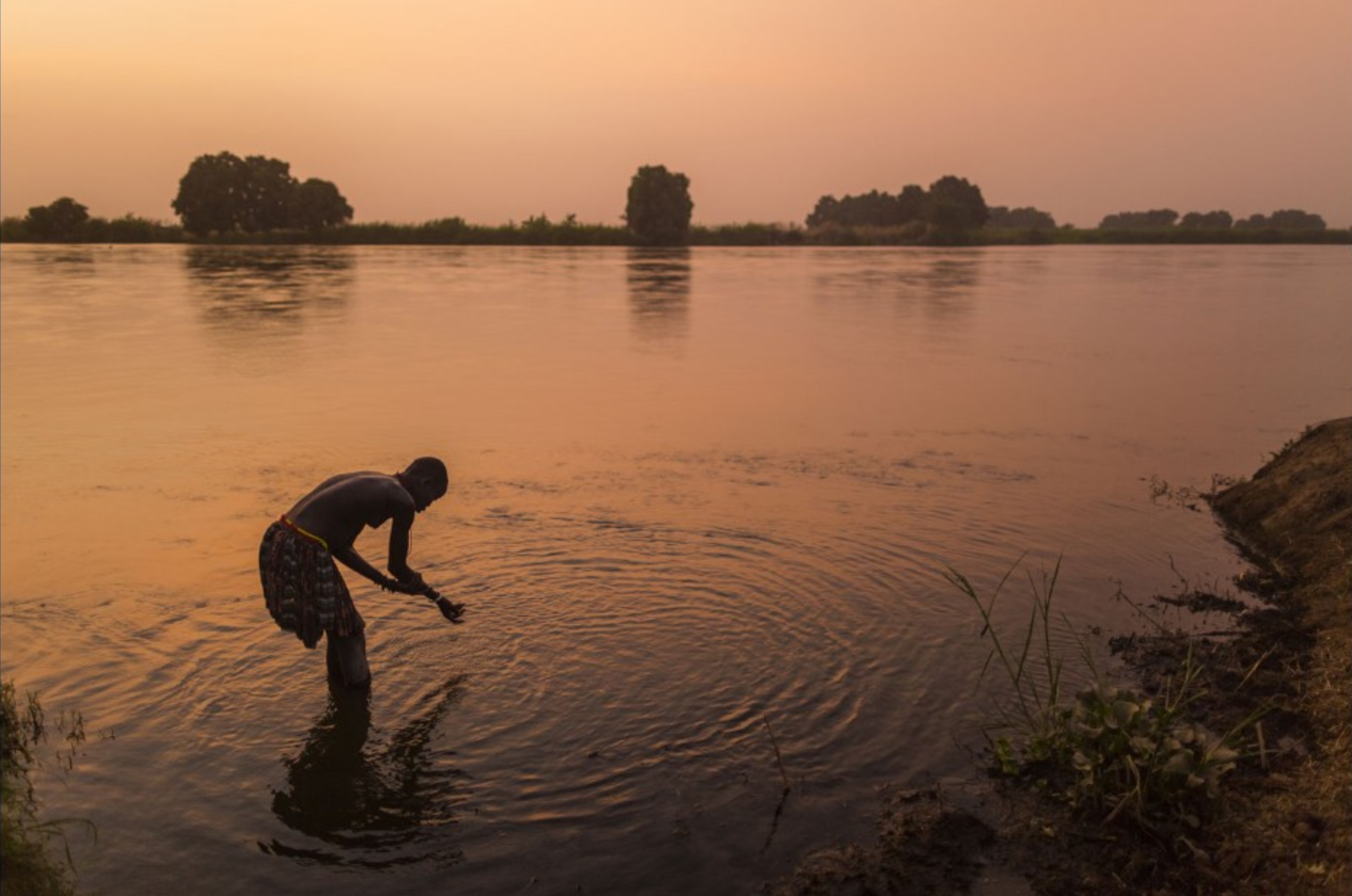 A Mundari woman washes herself in the Nile at sunset.

What motivated you to document the Mundari tribe?
“I have spent the last 10 years photographing tribes and indigenous people around the world. To date I have probably visited more than 100 countries. When I first saw Sebastião Salgado image ‘Dinka group at Pagarau cattle camp, South Sudan’ I felt an urge to see these people for myself. I asked myself whether this place was real, and if so, does it still exist ten years after this photo was taken? Travelling the world, I spend most of my time looking for places like this, hidden treasures. Unfortunately, South Sudan was in a state of war for the past few years, and the consequential humanitarian crisis situation made it impossible for me to visit. Additionally, when I actually got down to researching the Dinka people I was told by a reliable source that they had been influenced by modernity and globalisation in the last 10 years, and I was encouraged instead to find the Mundari people who have maintained their traditions and live mainly in the bush. Only when South Sudan became a little more stable was I able to visit for the first time, which was earlier this year.” 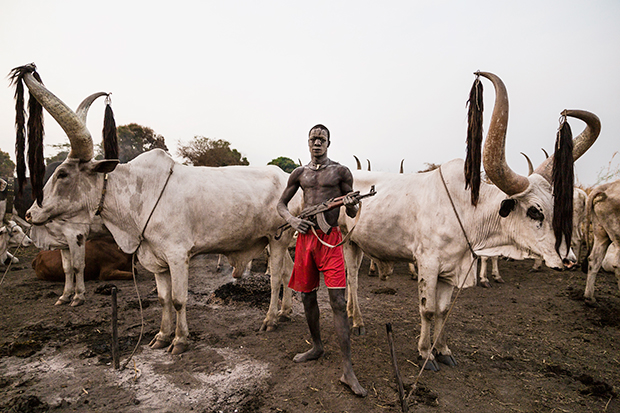 A Mundari man guards his precious Ankole-Watusi herd with a rifle. About 350,000 cattle are stolen and more than 2000 people killed each year by cattle rustlers. 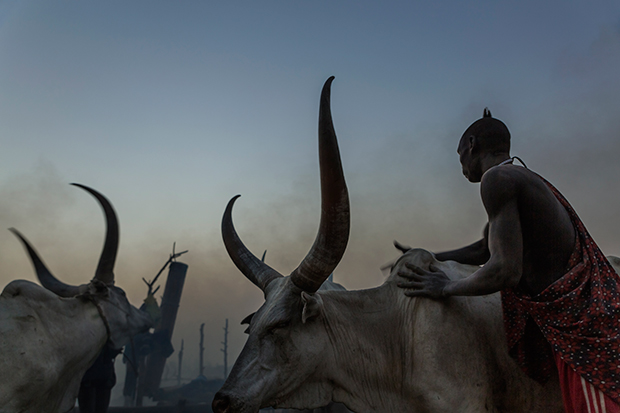 A Mundari man washes his cows with ash to protect them from insects during the night. The camp drums can be seen in the background.

Briefly, what is the project about?
“Since conflict erupted in South Sudan in December 2013, at least 50,000 people are estimated to have been killed, 2.2 million have been displaced and parts of the country have been pushed to the brink of famine. Amid this humanitarian crisis, the nomadic Mundari people continue to herd their cattle across the banks of the Nile, dealing with the threat of unexploded land mines and violent cattle raids from neighbouring tribes. I set out to this remote part of South Sudan alone, travelling light with just two lenses and accompanied by a translator. I wanted to tell the story of these people while learning about it myself, trying my best capture the dignity, purity and soul of the people living in this environment.

Each year in South Sudan, around 350,000 cows and bulls are stolen and more than 2,500 people are killed by cattle rustlers. It is hard to overstate the importance of cattle to the Mundari people. Their animals mean everything to them, wealth, status, sustenance and dowry, and they guard them with their lives. They farm a breed of cattle called Ankole-Watusi, a distinctive white animal with curved horns, also known as ‘the cattle of kings’. With a single cow or bull worth up to $500, it’s not surprising that Mundari men stand watch over their herd with rifles, despite a recent attempt by the government to disarm warring tribes. I wanted to show their culture and relationship with animals.” 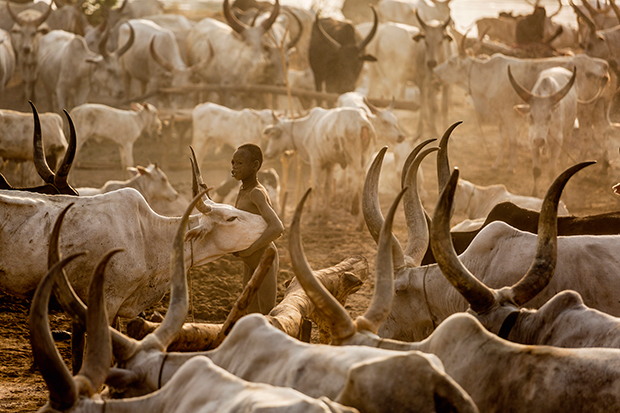 A young Mundari boy holds his precious Ankole-Watusi cow in the middle of the camp.

What was it about the Mundari’s unique culture which particularly interested you?
“With my translator’s help I came to understand many of the customs which initially puzzled me or aroused my curiosity. For example, during one of the days spent with the tribe I saw a man showering under a cow as it urinated. It turned out that he was exploiting the urine’s antiseptic property, which is well-known for its potential to heal cuts. The urine also dies hair orange which is apparently a fashion statement in the tribe. The cows are everything to the Mundari, who consume their dairy products and use burnt dung to create a talcum-powder like ash which softens their skin. The size of one’s cow can also be used to ascertain social status. The Mundari don’t produce any waste. Even cattle dung is collected in the mornings and put to good use; once mounds have been formed, the dung is burnt and the smoke keeps away any insects. This is a really smart thing to do, given that malaria poses a real risk to humans and livestock in this part of the world.

Given the variety of functions of this highly valued asset, the Mundari guard these respected animals with their lives. Many of the people I encountered asked to be photographed beside their cows; a strange contrast to London, where people tend to prefer posing beside family and friends.

Another interesting thing which struck me about the Mundari was their height. Everyone was taller than me, most people were around 6’5”. I tell people it’s because of the organic diet they consume, but it’s probably also down to genetics.”

Would you say you pursued this subject with an anthropological approach?
“I don’t speak the tribe’s language, so for me it was less about integration and more about acceptance. I spent a lot of time with them, from five in the morning to nine at night, but I remained an outsider. Tribes live in environments which are changing very quickly and might disappear very soon, they are often up against the odds, living in physically difficult environments. I set out to remove myself of my western values and wanted to document their lives as they are right now. They still have a very unique set of cultural traditions, though I do wonder for how much longer they can sustain them.”

Did you have a preconceived idea of what you wanted to photograph?
“In terms of composition and subject matter, everything was natural, there was no setting up of images, it was just a question of waiting for the right light, following every move around the cattle camp and trying to create a full picture what what their lives are about.”

What was the biggest challenge you faced while photographing the Mundari?
“Getting there was definitely a challenge. As I mentioned earlier, South Sudan is considered one of the most unstable countries in the world. The Mundari live in the bush, the place where they live is an isolated location far from the city. You have to cross a river to get there. Everyday I found myself working in a really hot and humid climate, the temperature ranged from 40 to 47 degrees centigrade. Most of the foreigners I encountered were in the country for humanitarian work, but unsurprisingly I encountered no tourists.”

What’s next for this story?
“I have now visited the Mundari on two separate occasions I would like to visit one more time this year. My aim is to gain a more in-depth visual study of the Mundari, effectively producing a historical record of these wonderful people, their amazing culture, their oneness with their animals before their culture changes. I would like to put together a book on the Mundari by the end of next year.” 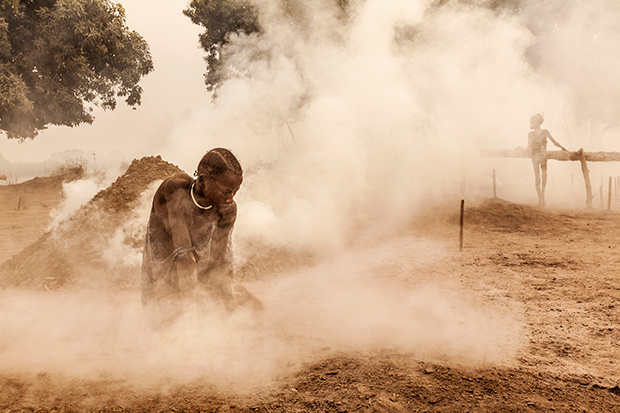 A Mundari woman clears the ground of sticks and dung before the cattle return home from the pastures. Women also milk the animals and look after the children 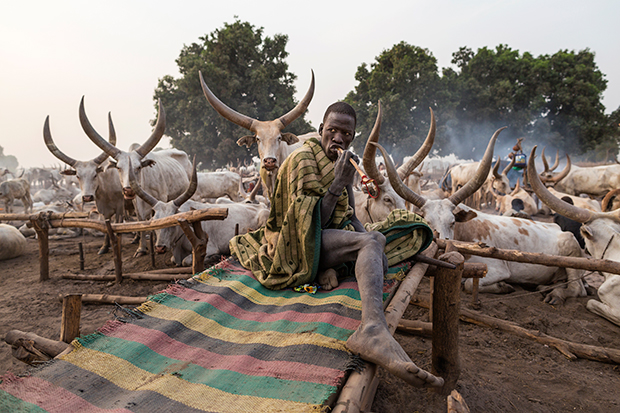 A Mundari man wakes up next to his animals and brushes his teeth with a stick. 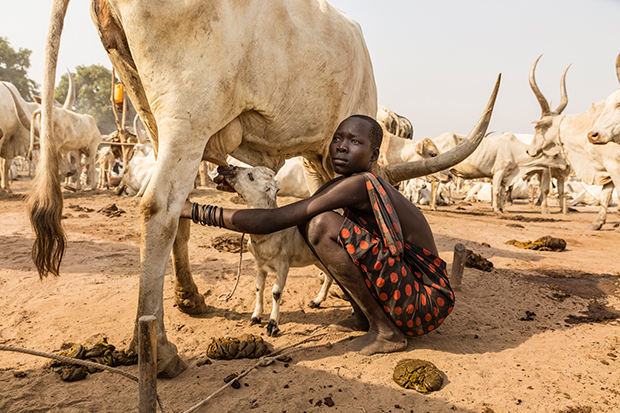 A Mundari girl helps a lamb to suckle on a cow’s teat. It is not just the Mundari people who benefit from the cow’s milk.