Germany’s Drab Buildings Get a Makeover 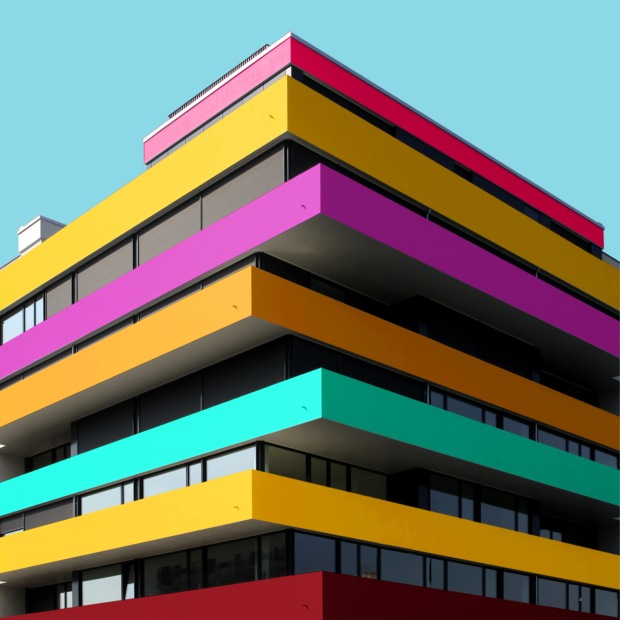 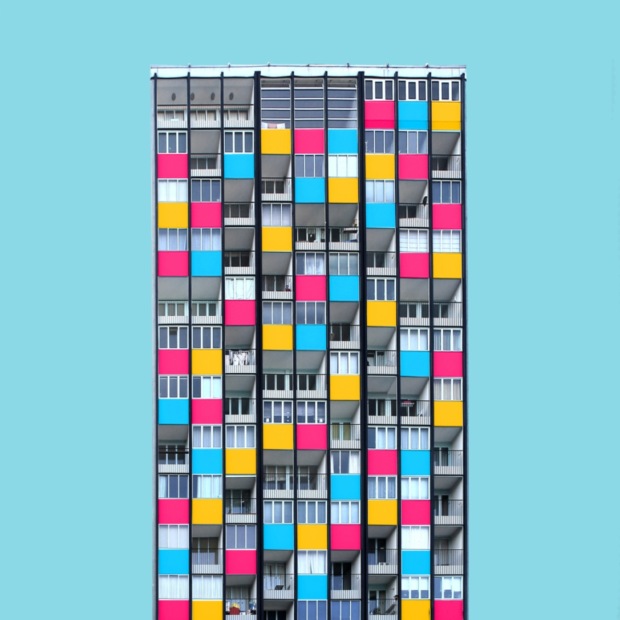 Bored of the “monotonous, colorless architecture” of the city where he was born and raised, Berlin-based photographer Paul Eis started to apply new colors to the buildings, a project inspired by the colorful houses of the architects and fellow Berliners Le Corbusier and Bruno Taut.

Traveling between Berlin and Hamburg, Paul felt compelled to make a statement about the homogenous grey housing estates that were rapidly developing in the suburban areas of the cities he photographed. The aim of such architectural projects is to build quickly, with little concern for aesthetically pleasing design. Paul’s photos embellish these buildings with color, highlighting features he finds interesting and isolating them from the grey cityscapes to which they adhere; in doing so, the photographer hopes to demonstrate how unique these buildings really are.

Often walking many miles in order to find a suitable building, upon encountering one Paul meticulously plans the shot, aiming to photograph the construction in its entirety. He uses a wide-angle lens in order to create a sense of depth and during post-production cuts the buildings from their surroundings so as to make them appear more monumental. Often obstacles such as trees obscure the façade; he removes these later while carefully retouching the images, ensuring he maintains the building’s structure, a process which requires patience. The method of coloration depends on the structure of the façade; if it has a clear ordered geometry, the coloration is usually ordered or repetitive, but in every image there is at least one color which contrasts well with the blue sky.

Paul emphasizes that his project is a continuously evolving work in progress: “I started with many full-frame façades and now I have isolated buildings. The coloration in particular has not been a planned trend or a component of a self-contained series. I do not plan what comes next in detail”. He does however plan loosely with regards to where his photographic work will take him, and hopes to extend it to new cities and older buildings: “Berlin has a lot to offer, but I want to experiment and see what else could fit into this project”. 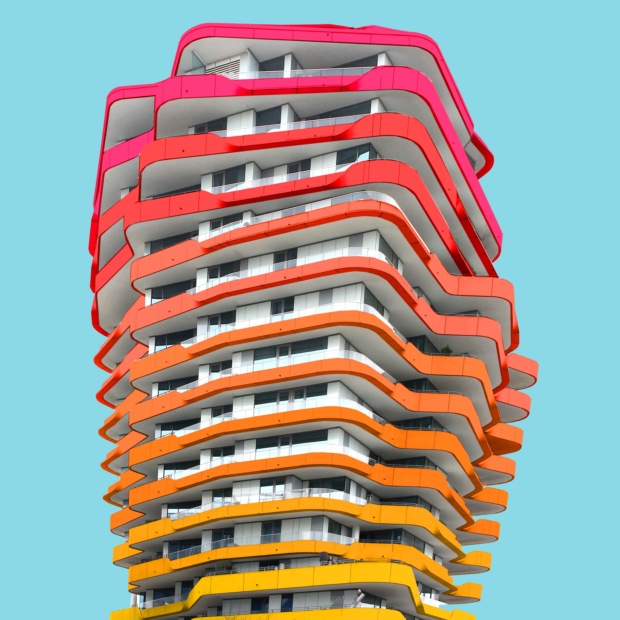 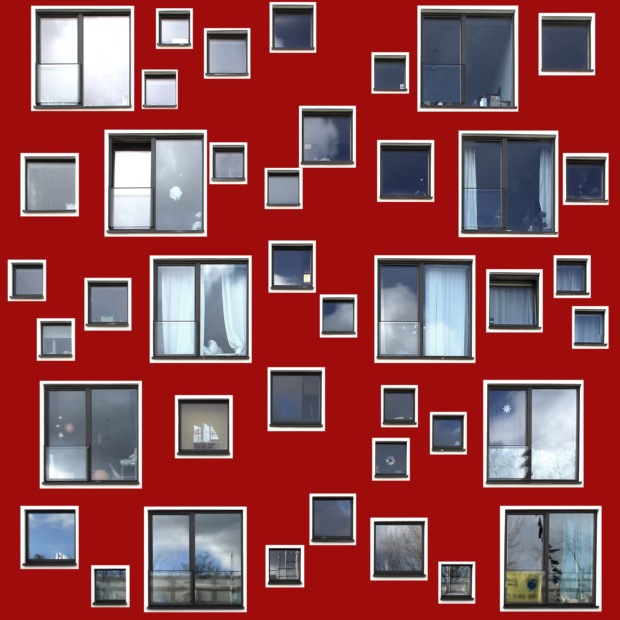 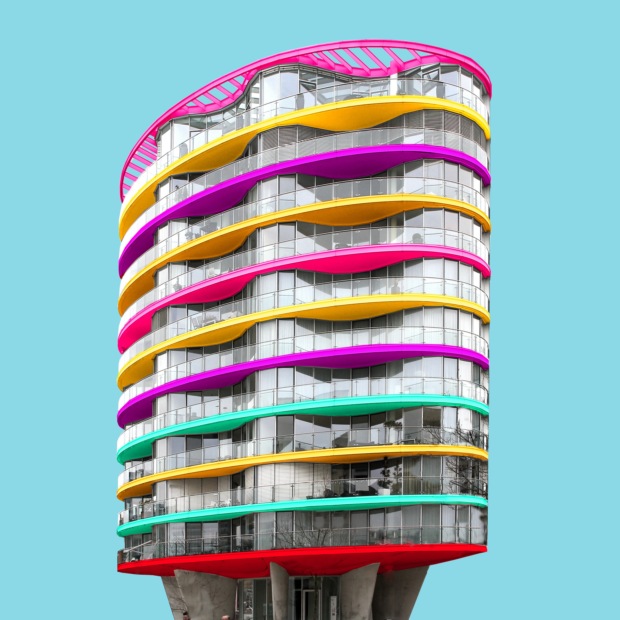 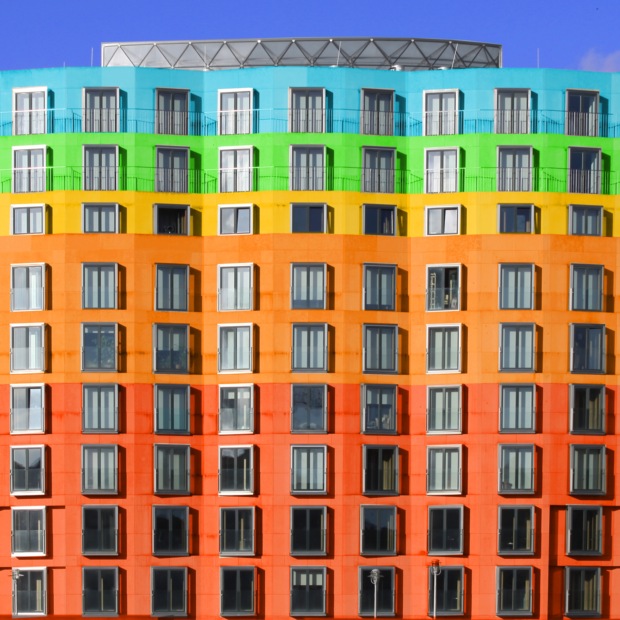 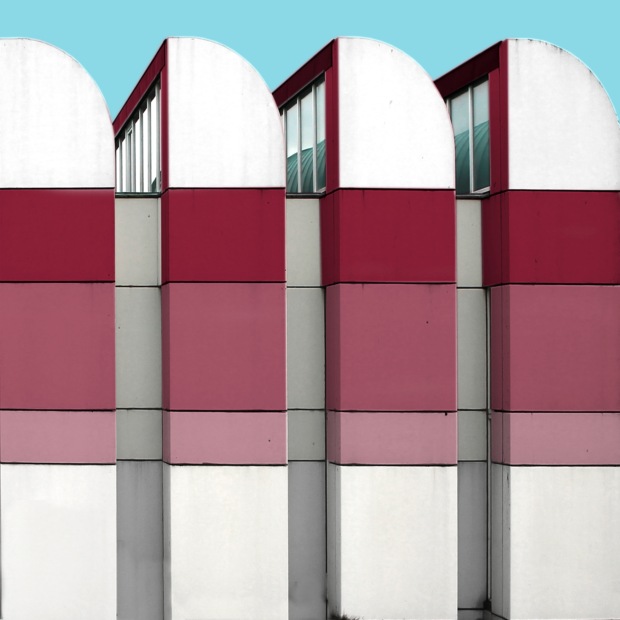 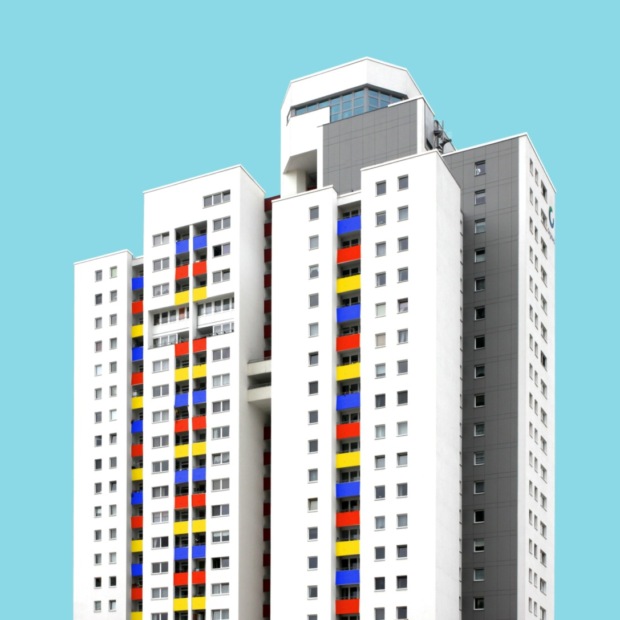 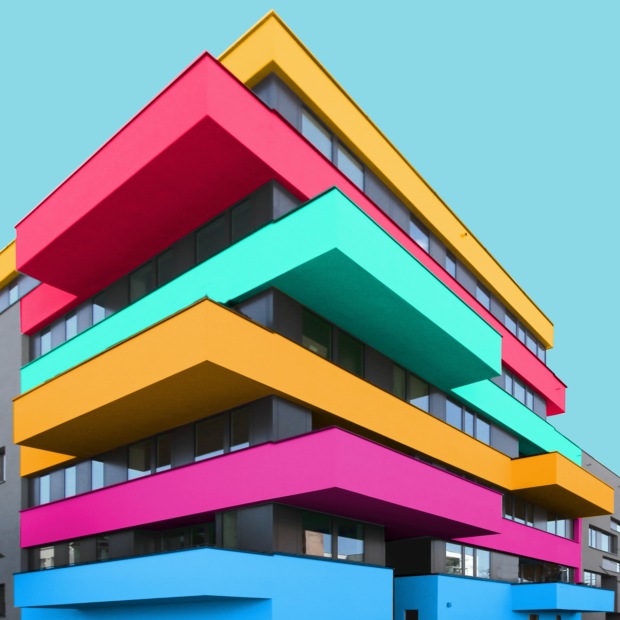 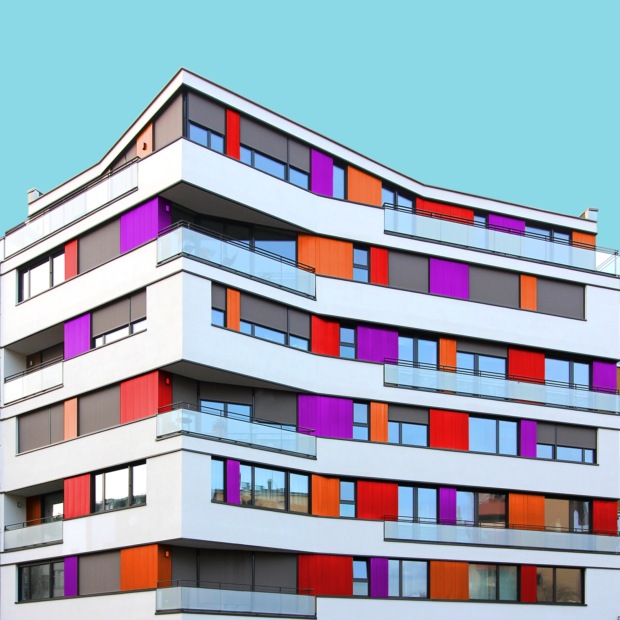