A Painful, Tender Look at the Life of Stray Dogs in Puerto Rico and Mexico 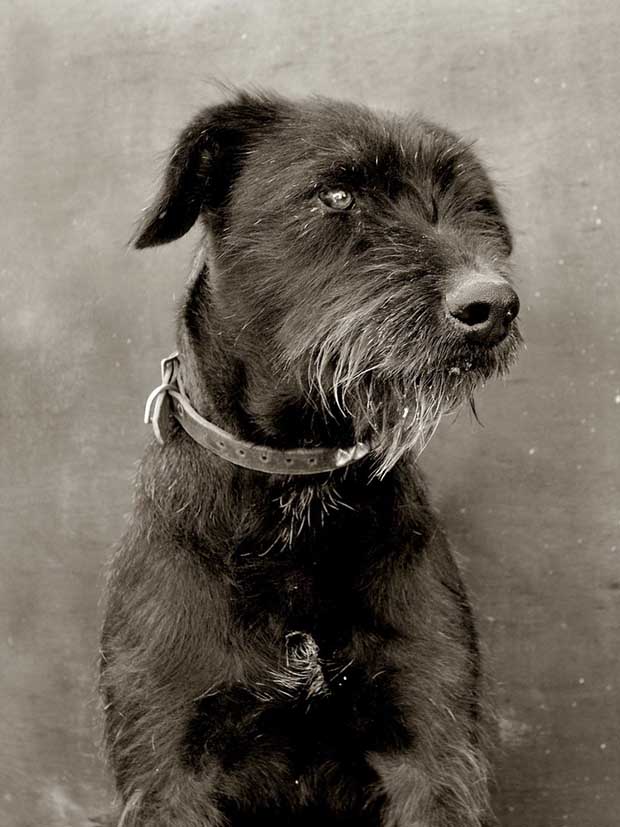 Wolly and Onyx the dogs lived together on the streets of San Felipe, Mexico. When they were rescued and by necessity kept caged inside kennels, they somehow escaped every day to play with one another. “One would break out and then go break the other one out, and then they would go run and frolic around the dusty neighborhood. At night, they would return,” explains Rhode Island-based photographer Traer Scott, who is still visited in dreams by the impish, devoted pair.

Scott created Street Dogs nearly a decade ago, but the dogs pictured in its pages “have never left her for even a day.” She documented the lives of strays in Puerto Rico and in Mexico, and she spent many mornings waking up before the sun to assist in rescue efforts. In the areas she visited, including the devastating site known as Dead Dog Beach— where hundreds of thousands of dogs are left abandoned without access to food, water, and vet care— neglect and abuse ran rampant.

The photographer got to know the street dogs intimately; she learned the rules and rituals of living in a pack. She discovered tiny newborn puppies kept stowed away by their mothers in makeshift shelters, buried within the rugged terrain. In almost all of the dogs she encountered, Scott saw a yearning to be loved and protected.

One pack, she writes in the book’s introduction, grew so close to a man who fed them that when he was approached by a violent group of men, the dogs encircled him, forming a protective bubble. She found hope in even the most gut-wrenching circumstances; starving animals approached her with heads held low, tails wagging slowly.

Scott still grieves for the dogs she met during her travels. One dog, named Benji, was beaten and killed by locals at Dead Dog Beach shortly after she had photographed him. He was, says the photographer, “the sweetest, most loving dog,” and even all these years later, she still cries over his death. The treatment of animals in some of these neighborhoods gave her “nightmares for months” after the close of the project.

Despite all the horrors to which she bore witness, Scott also saw tremendous acts of compassion and empathy. A man in Puerto Rico who had saved a litter of small puppies who were to be transported to America and adopted into loving homes insisted that they travel with a handwritten note. That letter reads in part,

“Hi, my name is Lucero, and I am an abandoned puppy from San Juan, Puerto Rico. I wandered the streets and other areas looking for food, water, shelter and love, but I found none. My rescuers promised me that I will go to a wonderful place in the United States of America, where I will find a wonderful, wonderful home. I have waited patiently, and at last, I am on my way…”

Perhaps the greatest hope of all was to be found in the dogs themselves. These animals, suggests Scott, were happy to receive even the smallest kindness, and from them, she learned the true meaning of mercy. For all the tears she’s shed, she remembers Wolly and Onyx, who wanted more than anything to be side-by-side, their bodies tucked tightly together as they fell asleep.

A review of the book by the New York Daily News reads in part, “Nobody can break a dog lover’s heart like Scott,” but that’s only half of the story. She also puts our hearts back together again, piece by piece, and stronger for having seen her pictures.

To help the stray dogs of Puerto Rico, please consider donating to Amigos de los Animales and Save A Sato, both of which do incredible work on behalf of these dogs and need all the help they can get. Scott has a limited number of autographed books available for sale here. 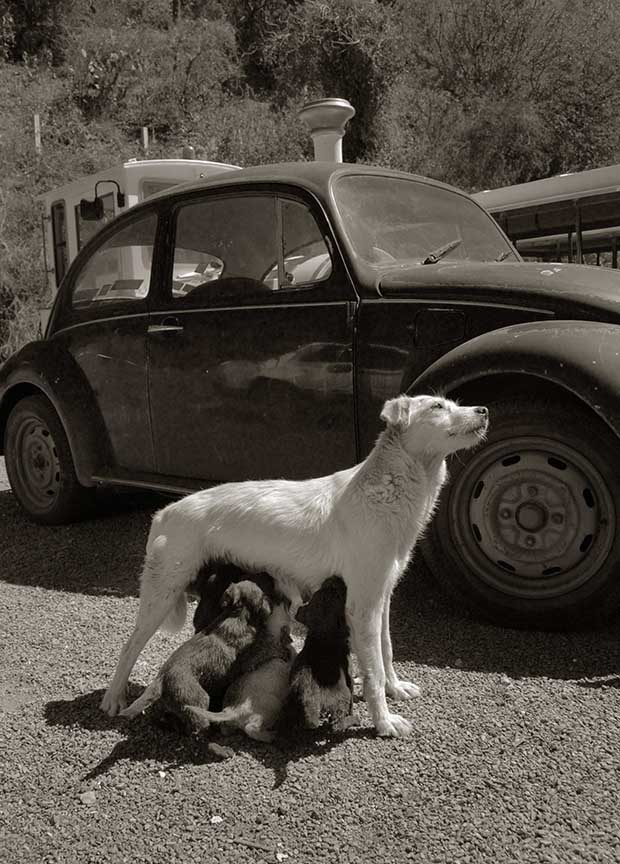 We had seen this nursing mother scavenging for food at a local shopping center. When we followed her, we found her den up in the hills and this litter of puppies. We coaxed her down with food and found out that the landowner considered her his dog but didn’t feed her very often or give her vet care. The puppies were taken one by one and adopted out, and the “owner” finally agreed to give up the mother. She was adopted into a home in Canada!

A pack of dogs runs together at a dump in Fajardo, Puerto Rico. 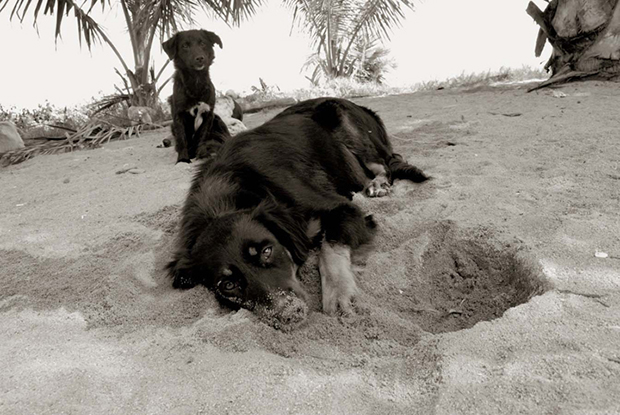 A young rottweiler mix digs a hole in the shady sand to try and cool off at Dead Dog Beach in Puerto Rico. Fresh water, shade and food are in very short supply for these dogs. 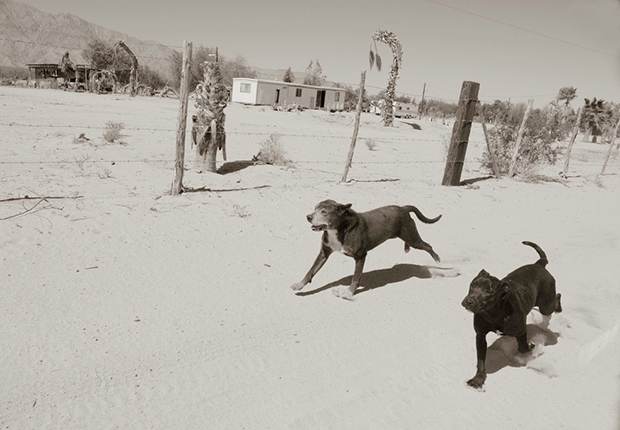 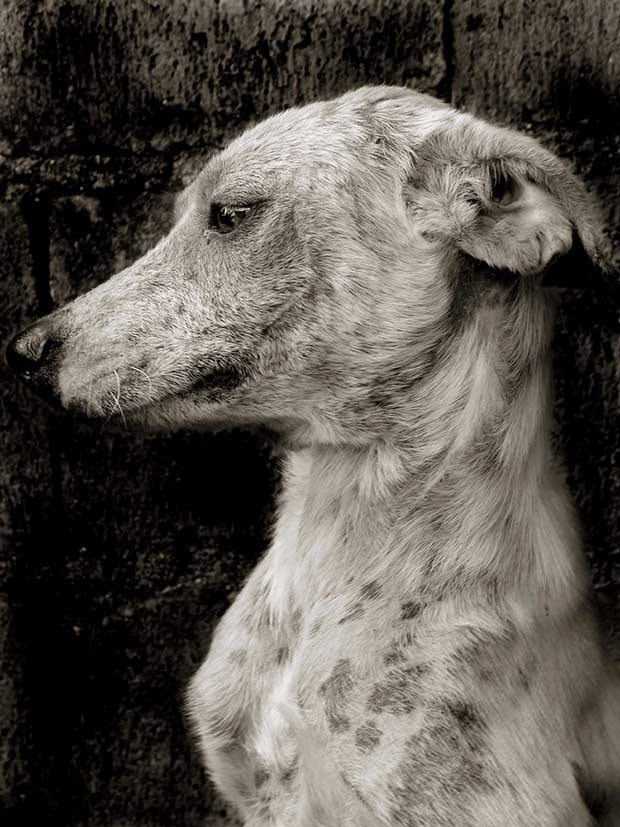 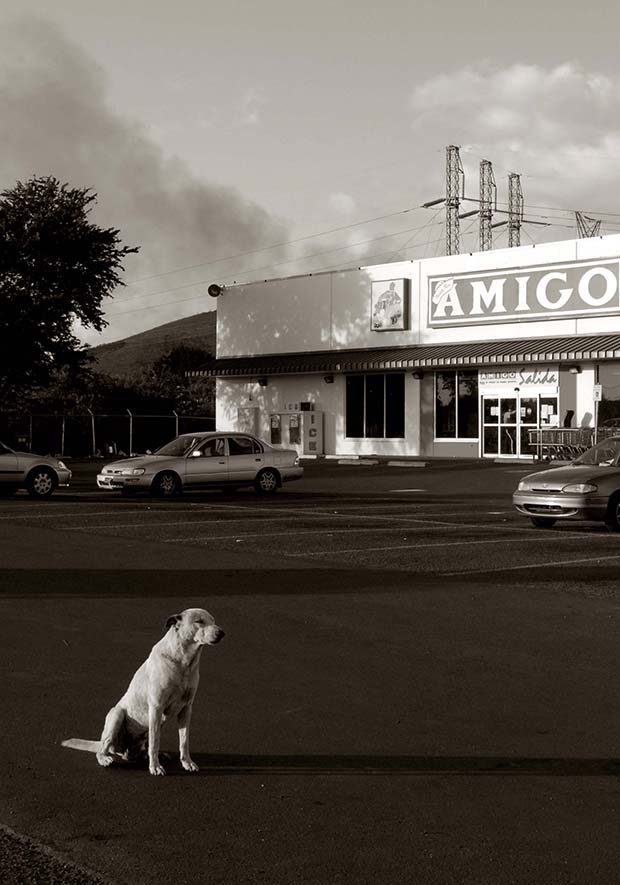 A senior dog with sits in the parking lot of shop in Puerto Rico. 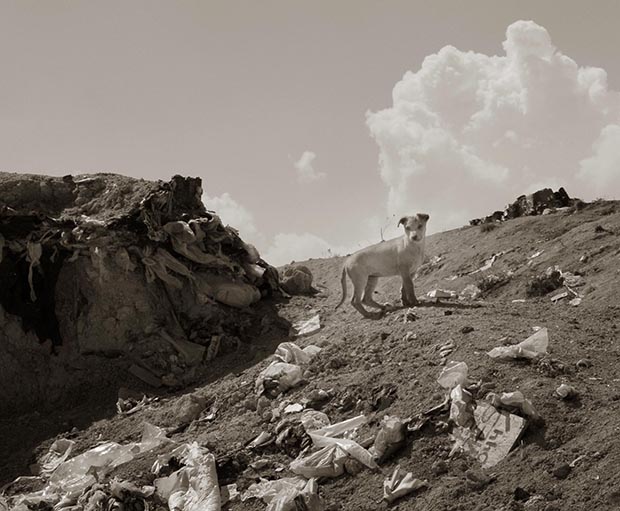 A puppy at a dump. 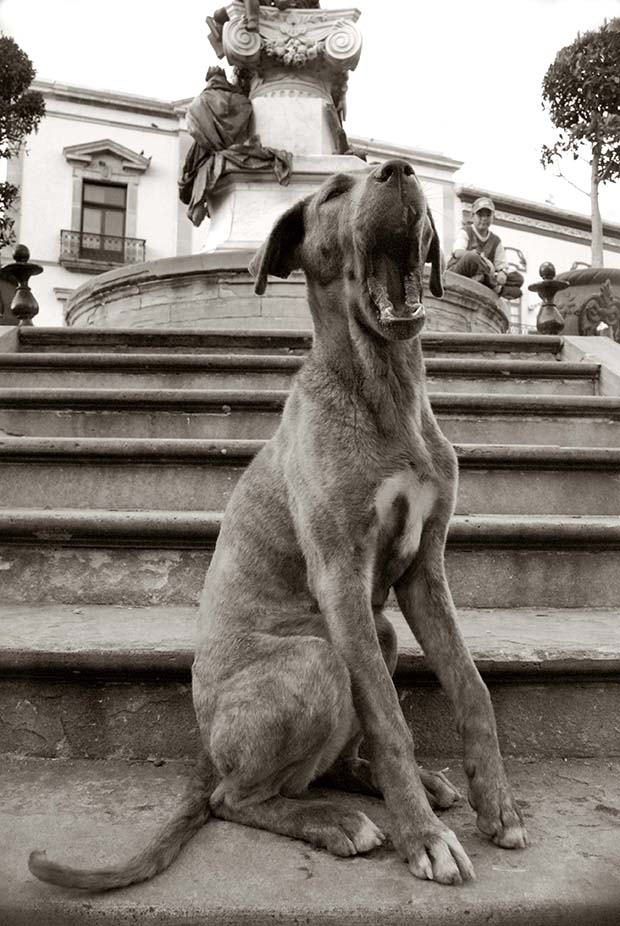 A puppy sits on the steps of a town monument in Mexico. 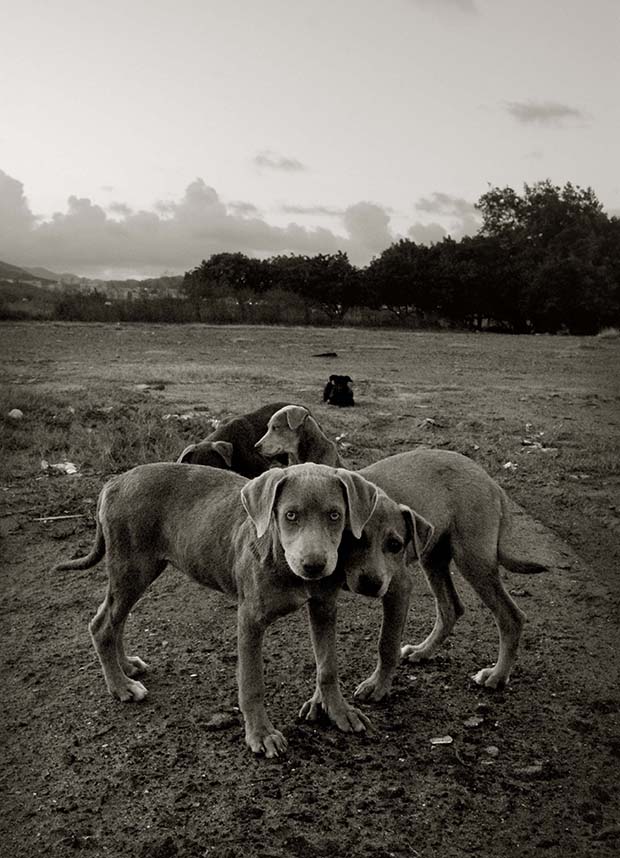 Puppies huddle together on Los Machos Beach in Puerto Rico. These puppies were born from a pure bred Weimerainer mother who was abandoned. 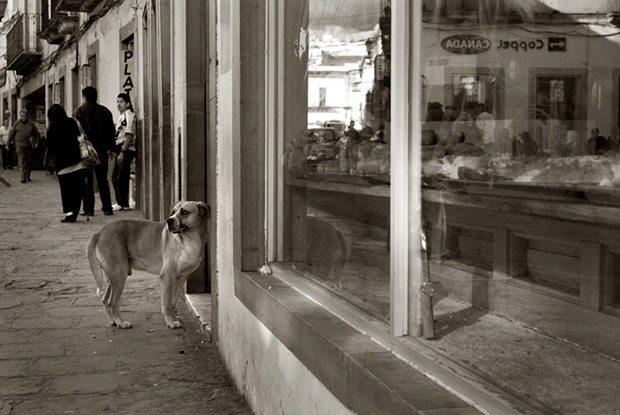 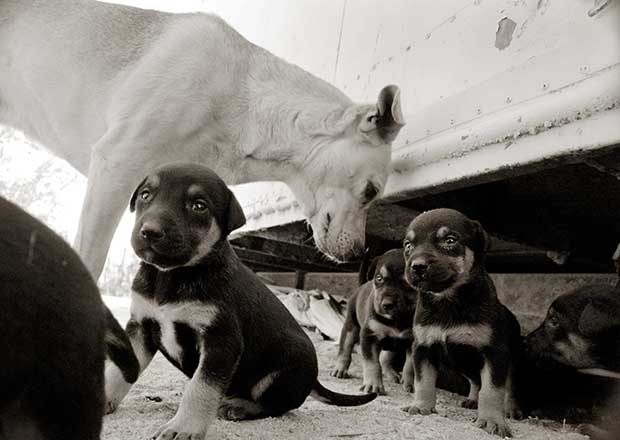 This beta female was guarding puppies while their mother went to eat. A pack of five dogs was living at a recently abandoned property on the beach in San Felipe, Mexico. They all worked together to raise the puppies. Rescuers had been looking for the litter for weeks, and finally I heard noises coming from under this trailer. When I knelt down, they all came tumbling out.