The ‘Fattening’ of Fashion Models From Magazine Spreads 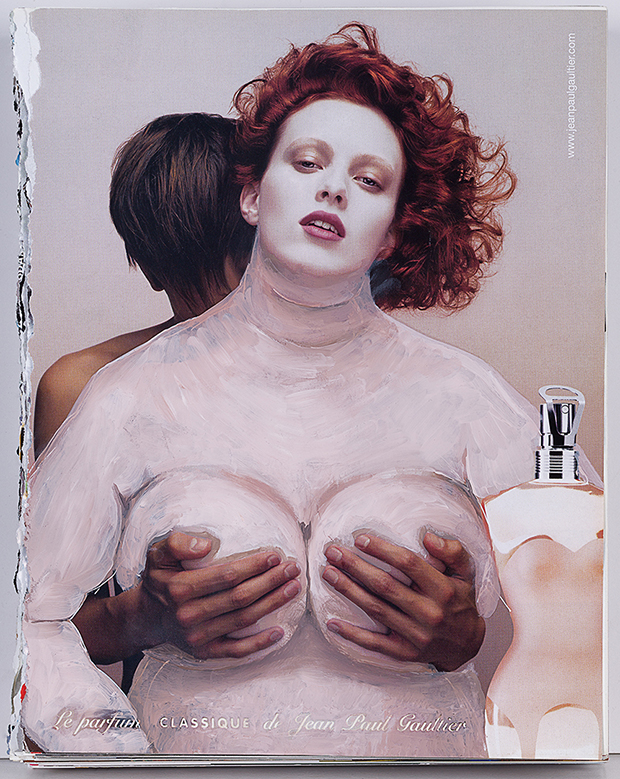 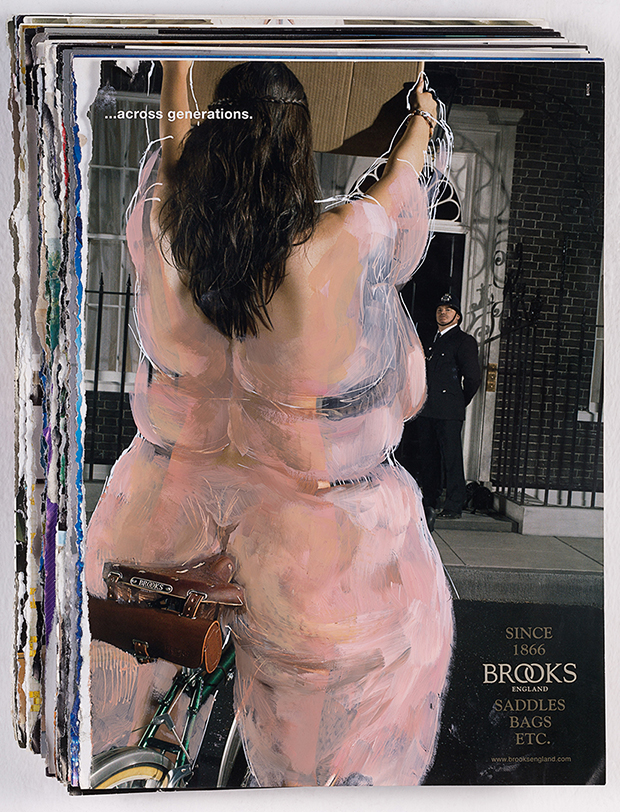 For Toy with Proportions, Istanbul-based artist Nur Gürel uses layers of oil paint to augment the uniformly slender models featured in glossy magazine advertisements, taking them from slender to plus-sized with the stroke of a brush.

For Gürel, the series is in part about embracing her inner child, she explains, and in many ways her work is akin to the way she “drew mustaches” on the faces in magazines as a young girl. But while the series has an element of satire—she’s mocking the fashion industry— Gürel also hopes to inspire real thought about body image and the way in which we are influenced and exploited by pictures.

The photos in the magazines, she suggests, are just as “manipulated” as her painted reinterpretations. The only difference is that we take the Photoshopped advertisements at face-value, while Gürel’s creations are more clearly altered.

Her process, like her finished pieces, is also more labor-intensive than a clever Photoshop job. The “fattening,” as she endearingly calls it, can take several weeks, if you count the building of the canvas (composed of several layers of magazine pages), the painting, and finally the casting of resin over the top surface.

Gürel’s interested not only in what we define as beautiful, but also in how we package it and market it to the masses. With her sudden Instagram popularity came some surprising developments, including a potential job creating a global lingerie campaign.

She’s excited about the implications of the work, which has been her most controversial and talked-about to date. In the end, she wants to “remind people to love themselves as they are.” 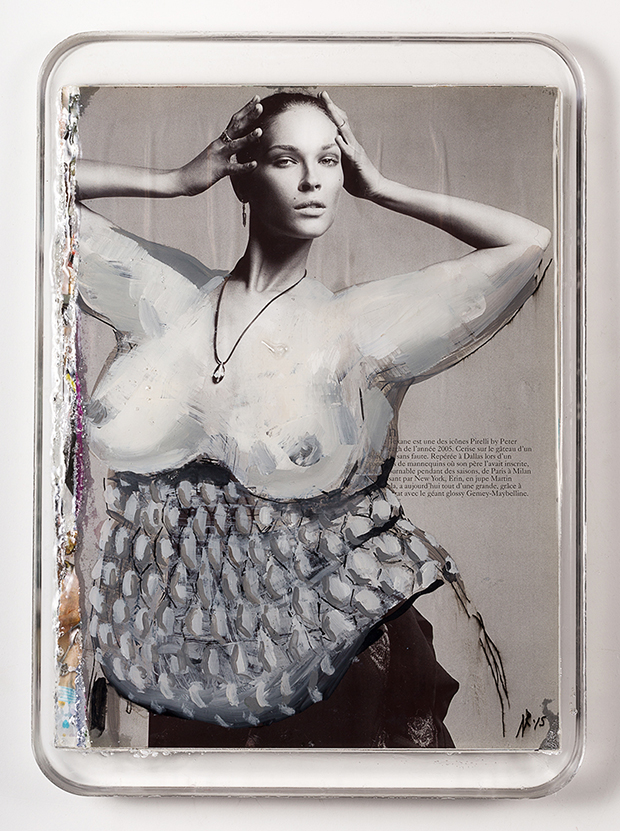 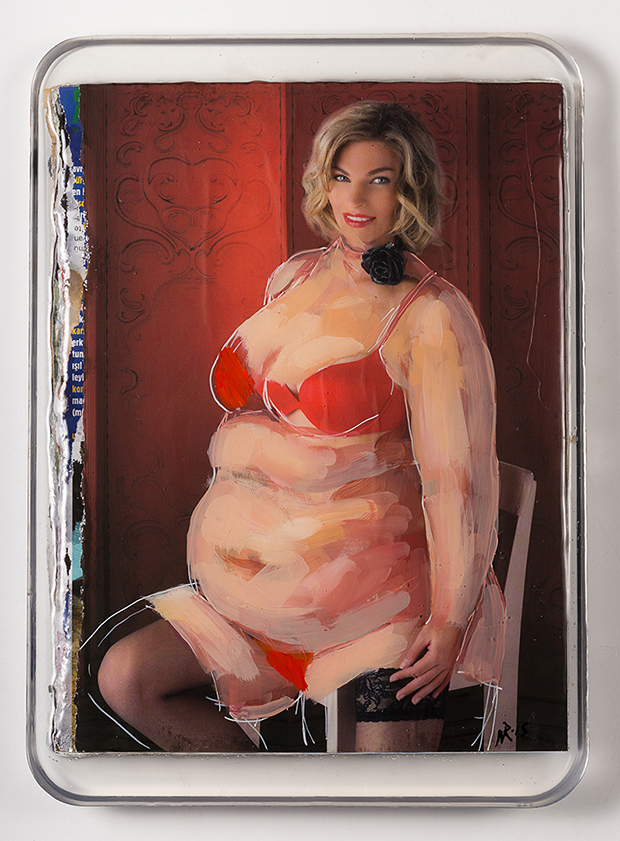 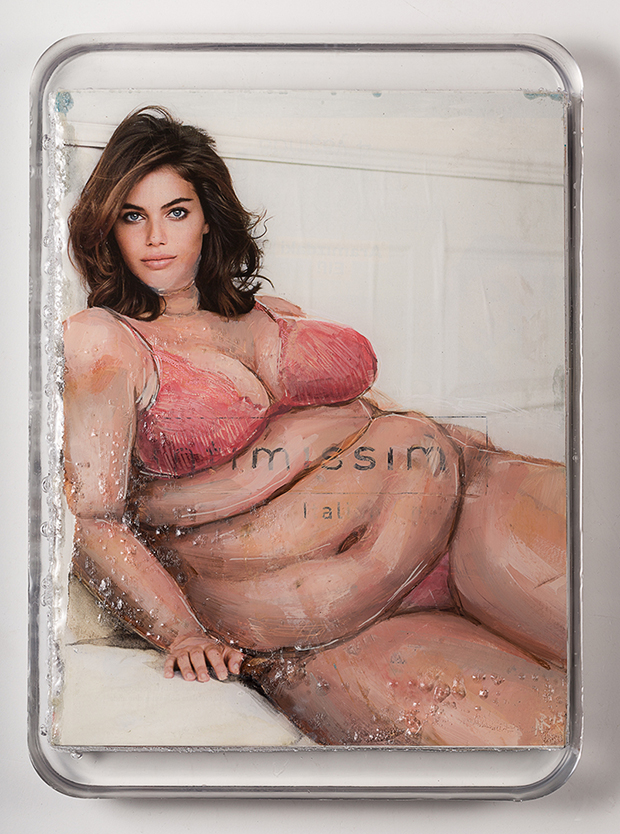 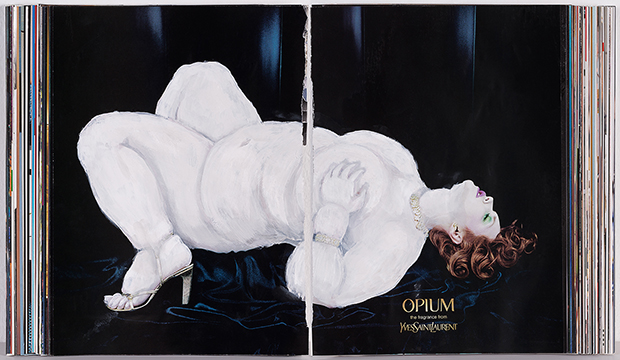 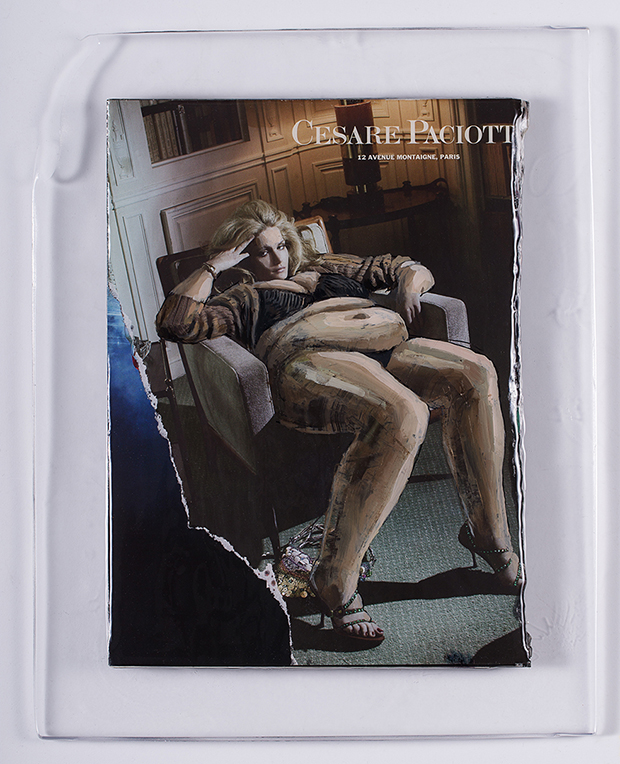 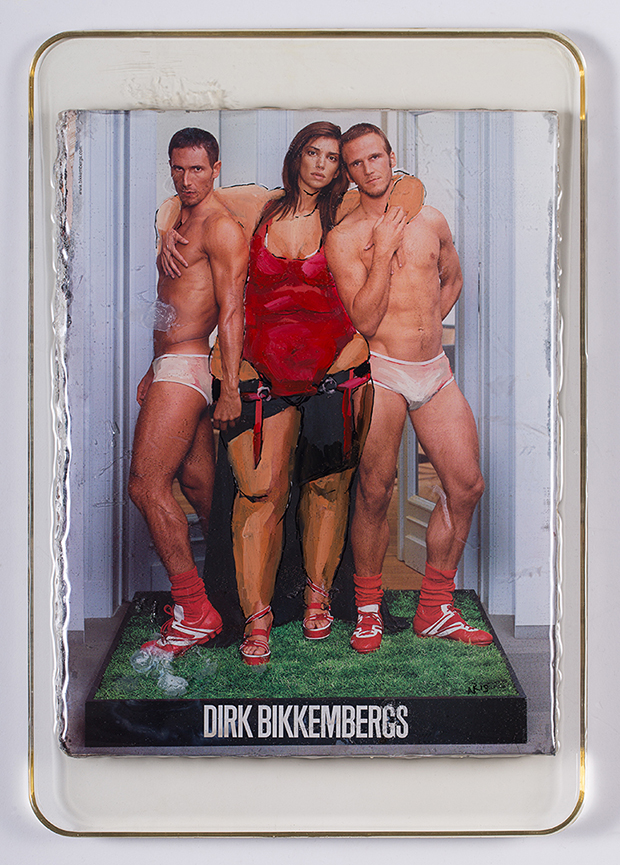 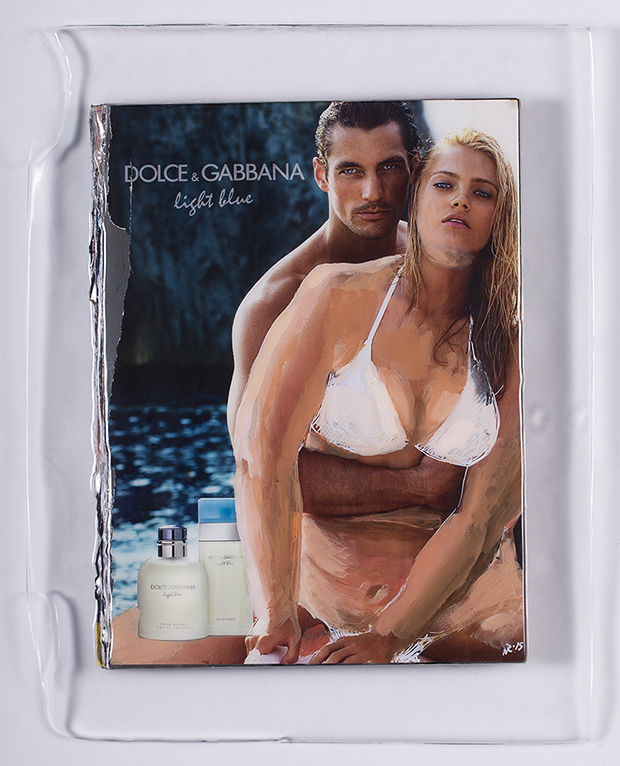 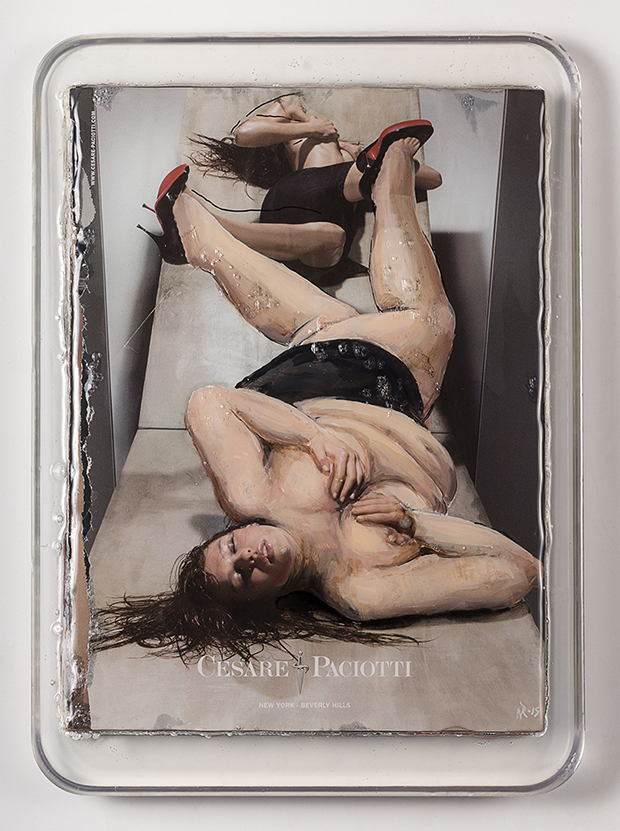 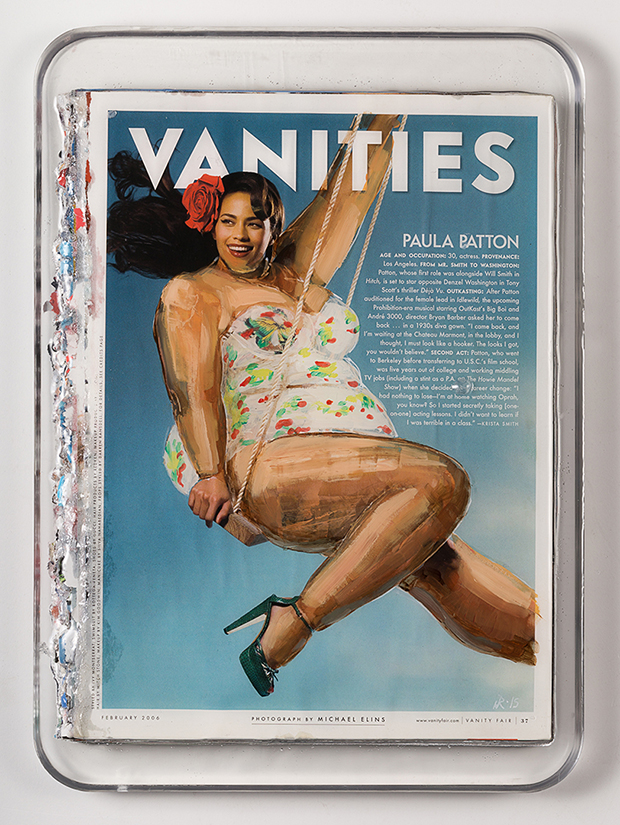 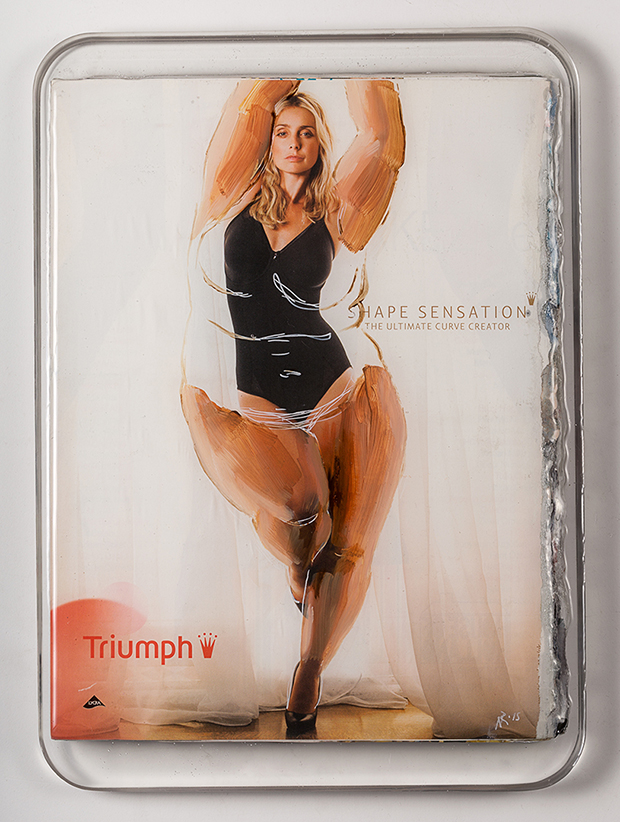 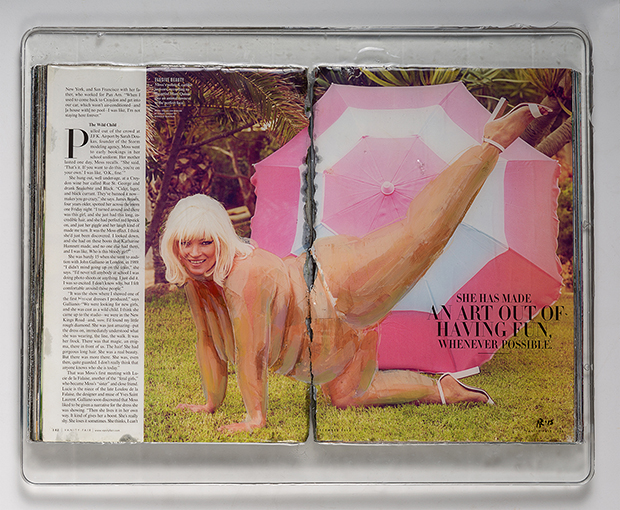 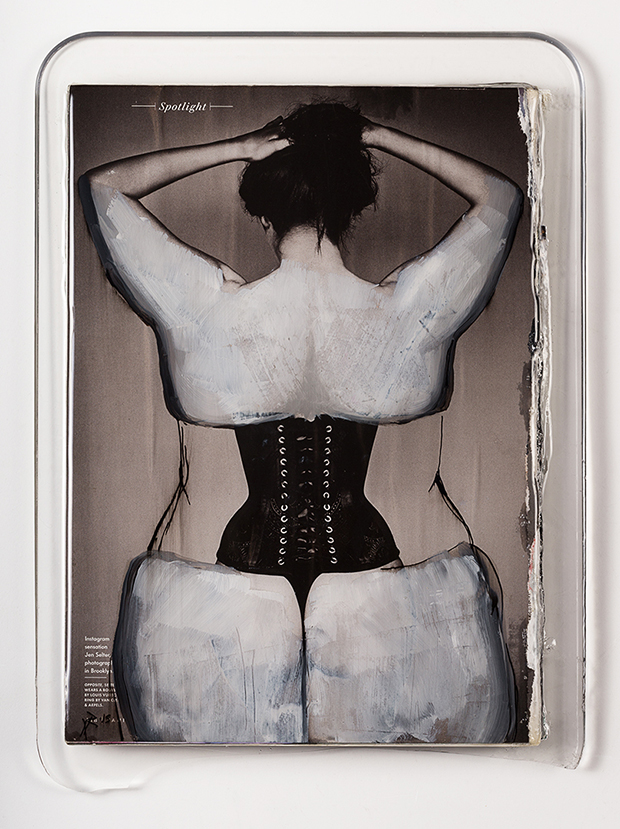