Poetic Landscapes Marry the Earth and the Female Body 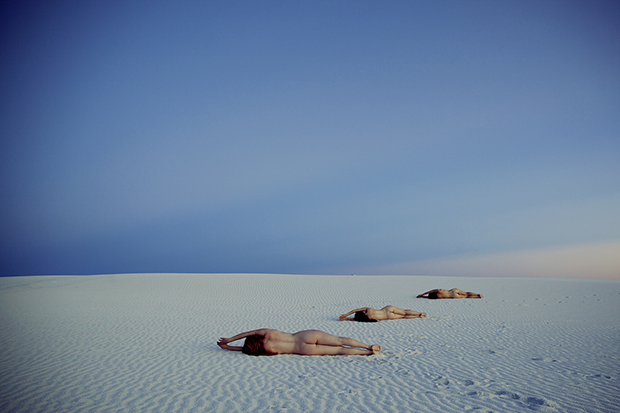 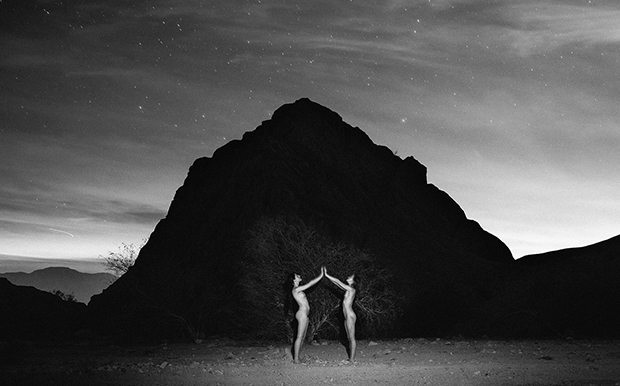 The White Sands of New Mexico stretch for hundreds of miles in either direction. As the sun sets over the dunes, the once-burning sand cools, bears only the footprints of three women. London-based photographers Eleanor Hardwick and Rachel Hardwick and Seattle-based Chrissie White sit bundled together for warmth until daybreak, when they can set out once more across the empty terrain.

For their book Celestial Bodies, the trio embarked on a 28-day road trip throughout eight of the Western United States. Leaving behind the city streets, they set out in their Subaru, traversing more than 10,000 miles of open land and fickle weather. They slept where they could, in motels and in tents.

They were lost countless times, their plans thwarted by fate and artistic impulse. Often, they found themselves somewhere they never anticipated finding, in a small and precious nook somewhere in the inexhaustible wilderness. Here, amidst the feral landscape, they cast off their clothes and roamed about freely, with only the wind and tide guiding their movements.

Says Eleanor Hardwick, “Photography became the torch that guided us to these places where we could play.” Looking back at those few weeks spent together, White yearns still for the open road, for the exquisite simplicity of “hot dust everywhere, no trees, and canned beans for dinner.”

Purchase Celestial Bodies here. Please note that some of the images featured in this post are outtakes from the book itself. 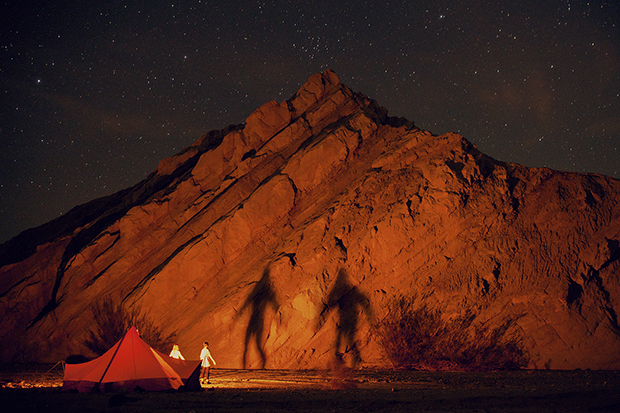 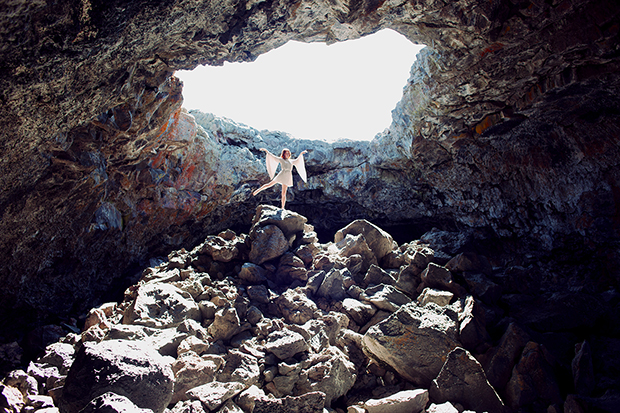 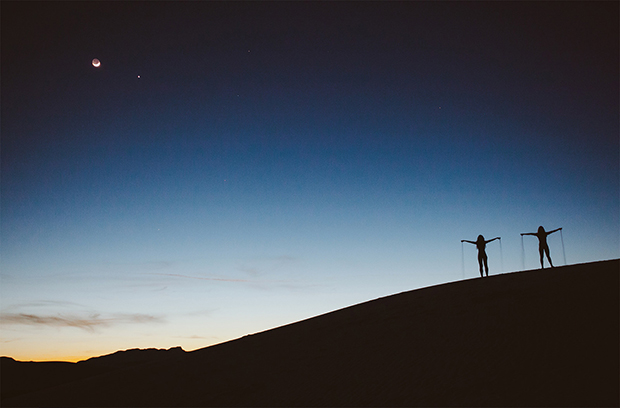 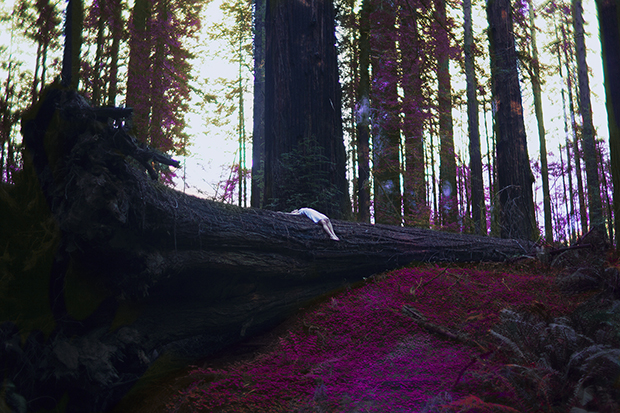