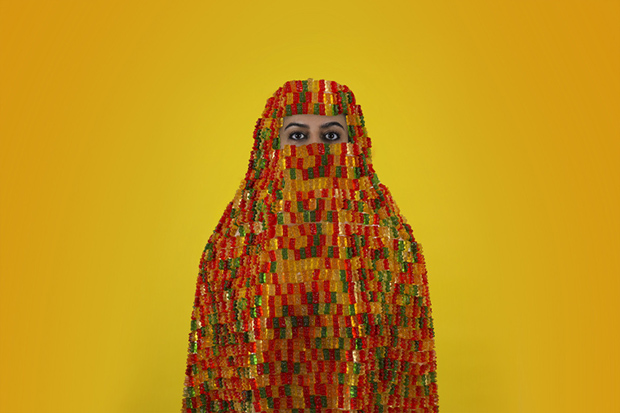 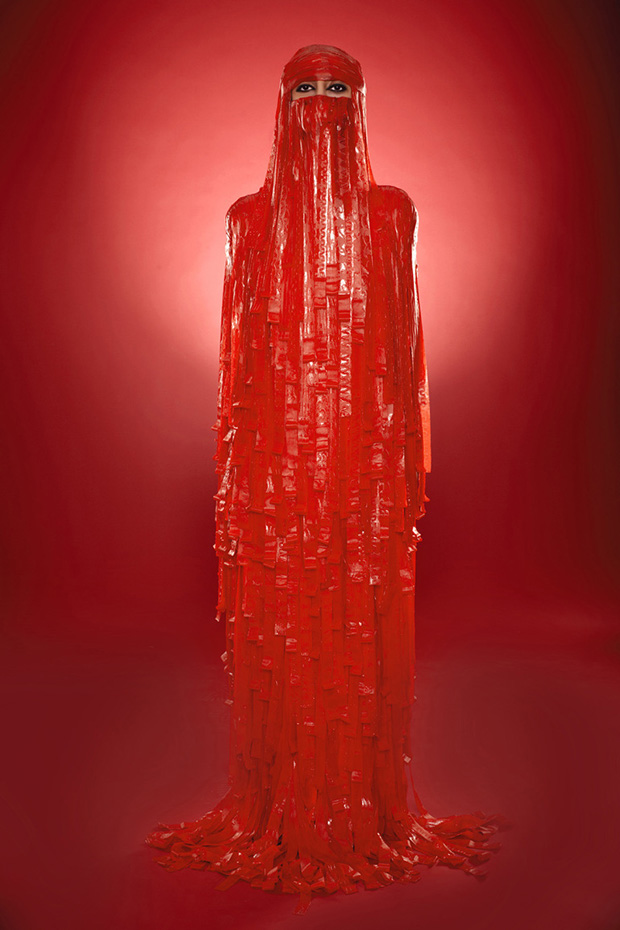 Fruit by the Foot

Years ago, a young lady named Behnaz Babazadeh showed up to her school in the United States wearing a burqa. Her mother had told her she didn’t have to wear it and even feared the other children would mock her for it, but the child liked her hijab and decided to wear it anyway. When she arrived at the doors, the security guard told her she would not be allowed inside unless she took it off.

Many years have elapsed, and Babazadeh is now a photographer, but that moment will remain imprinted in her mind forever. She had been made to feel, she says, like “some sort of monster.” She moved to the states at the age of seven, and in some ways, the burqa allowed her to feel in some small way connected to her childhood in Afghanistan and Iran, where girls typically start wearing the scarf at four years old.

In response to the denial of that connection, as seen in much of the Western media coverage surrounding the burqa, Babazadeh creates Burqaphilia, in which she drapes her own body in burqas made of candy. She uses nets, plastic sheets, and other invisible tools to sew her outfits, which can get quite messy after up to four hours of shooting.

Here, the Western fixation on sugary confections meets the Middle Eastern tradition of the burqa, which can be traced back to centuries before the garment was tied to religious ideals. Women, explains the artist, have used the headscarf to signify their social status for generations. For many, it’s still a means of personal expression. Burqaphilia not only moves towards the resolution and marriage of two seemingly disparate identities and cultural norms, but it also asks us to confront our own desires and prejudice. 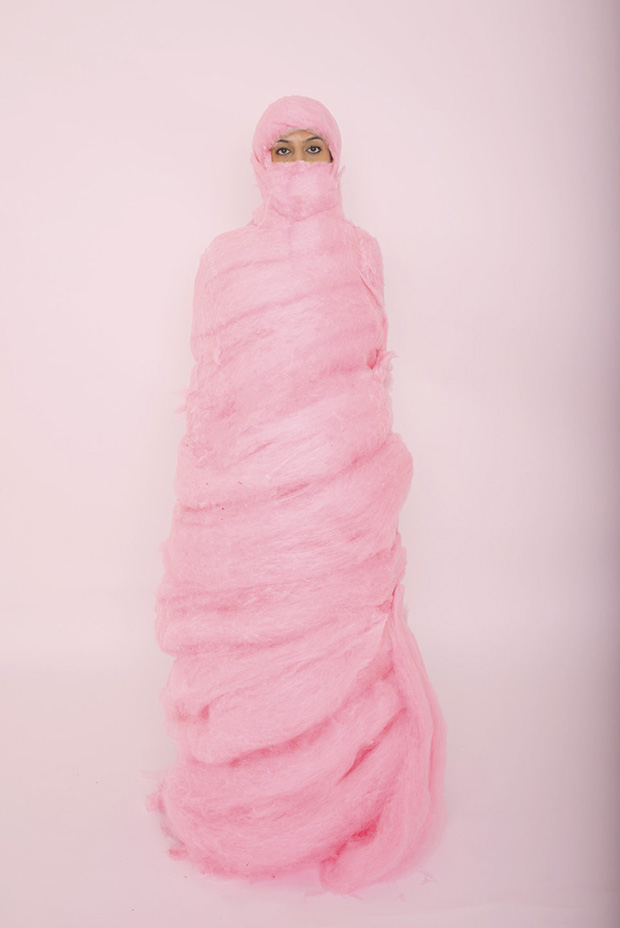 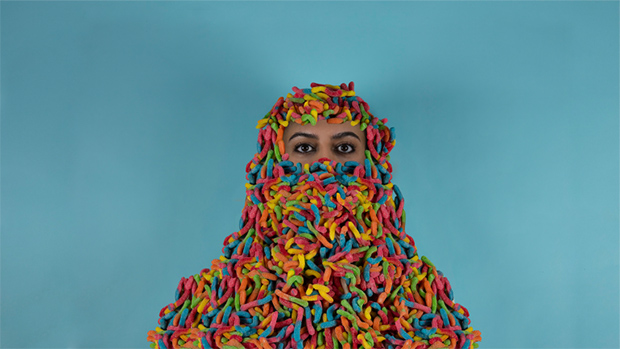 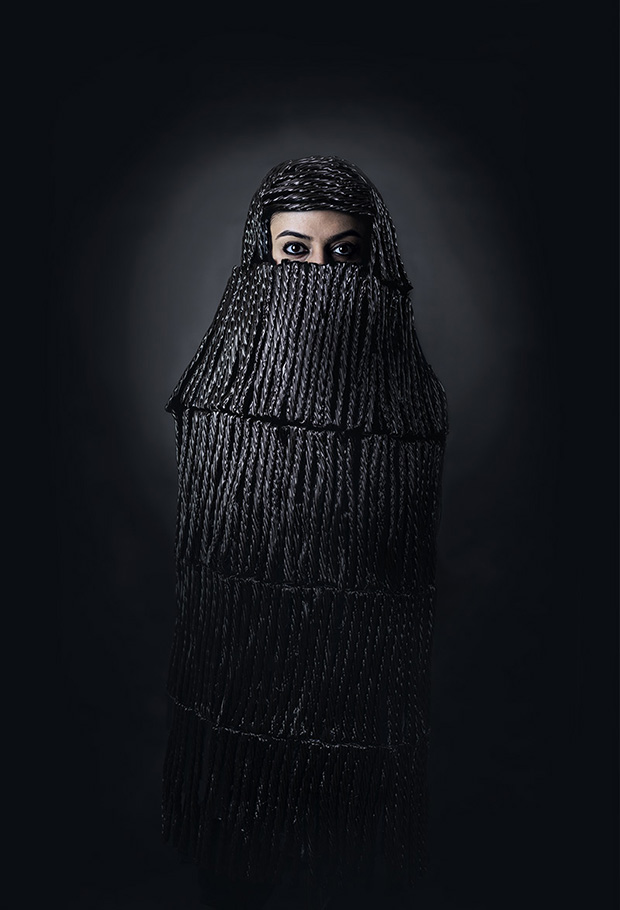