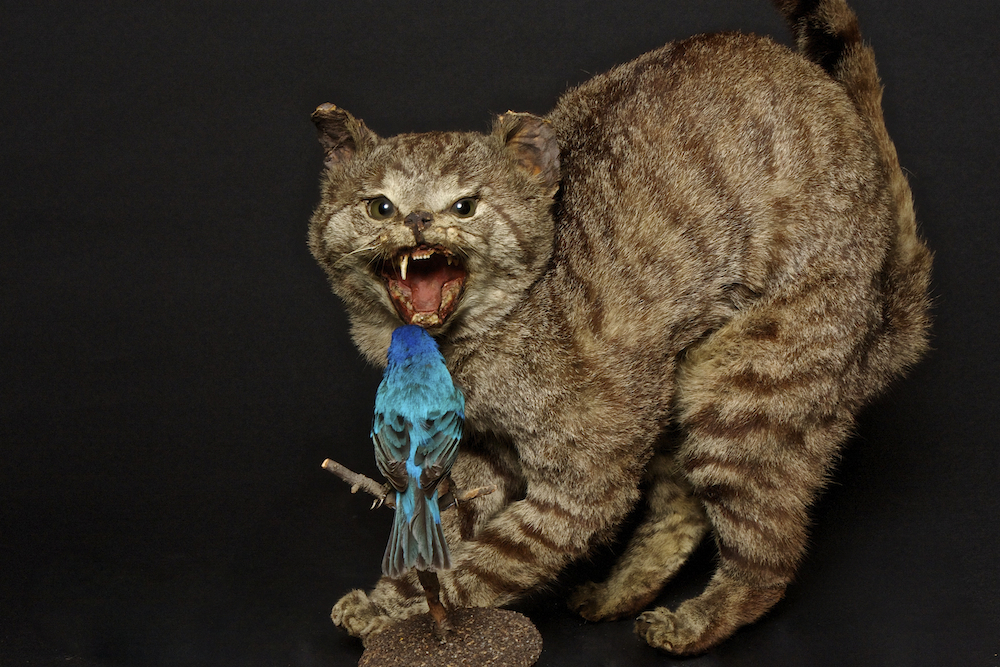 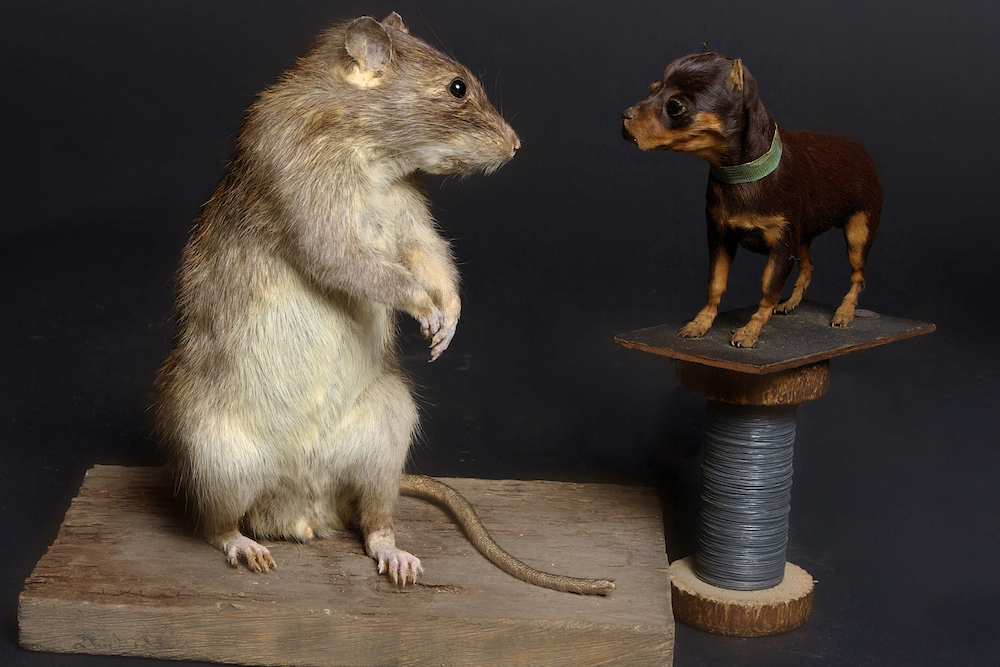 The first body of work by New York photographer Lynn Savarese that I saw was My Still Life Aviary, a collection of taxidermy birds photographed in a traditional still life manner. But it was Savarese’s unique, imaginative series The Death and Life Adventures of Rat and Indigo Bunting that kept me on her portfolio website, trying to make sense of the scenes in which the mounts of a rat, birds, dogs, squirrels, and other animals found themselves. The images seem straightforward and simple; you can pretty well imagine the artist placing the taxidermy animals in different arrangements, snapping a photo, and moving on to the next setup. But there’s a definite story to the series, relationships between the characters, dialogue, tension. The project seems like a story of what goes on between taxidermy specimens when there’s no one watching.

From the artist’s statement: “Inspired by E.B. White and his masterful portrayal of anthropomorphized animals, this collection of images is meant to relate the death and live adventures of a mounted rat and a mounted indigo bunting to whom Savarese grew very attached while shooting a taxidermist’s archives. While photographing taxidermy specimens, Savarese never lost sight of man’s hubris in turning animals into replicas of themselves and the inherent irony in striving to achieve a kind of immortality for them by killing them. Doubly ironic was the extent to which the specimens—often neglected, abandoned, and bug-infested—experienced a cruel second death in lieu of immortality. Even so, Savarese never felt more deeply the wonder and beauty of our animal kin than in her close-up encounters with Rat and Indigo Bunting and their cohorts. Savarese adopted the pen name of I.B. Black for the book she self-published of this series.” 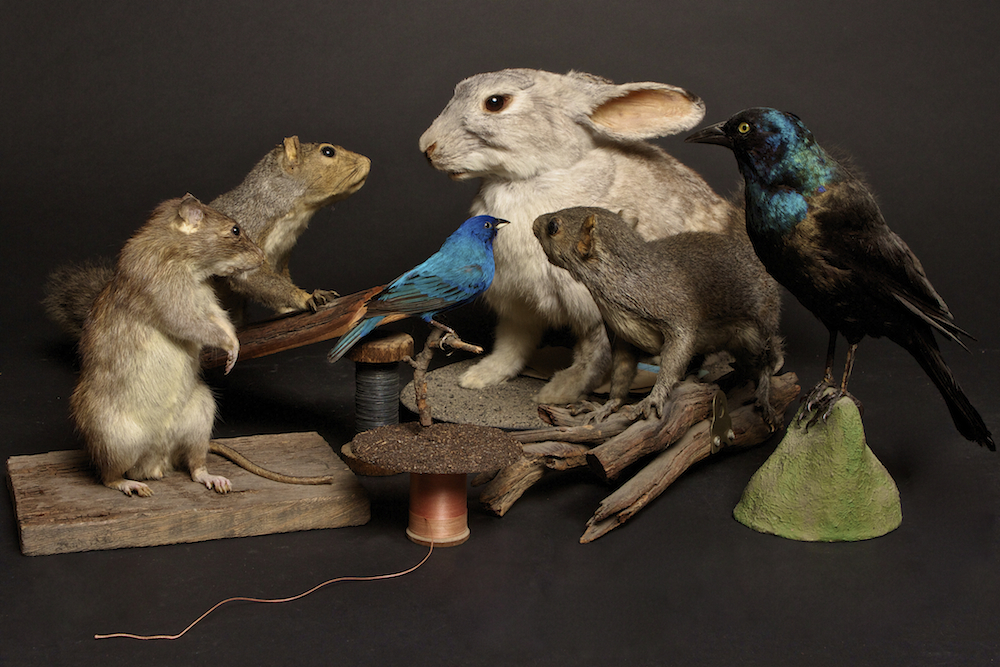 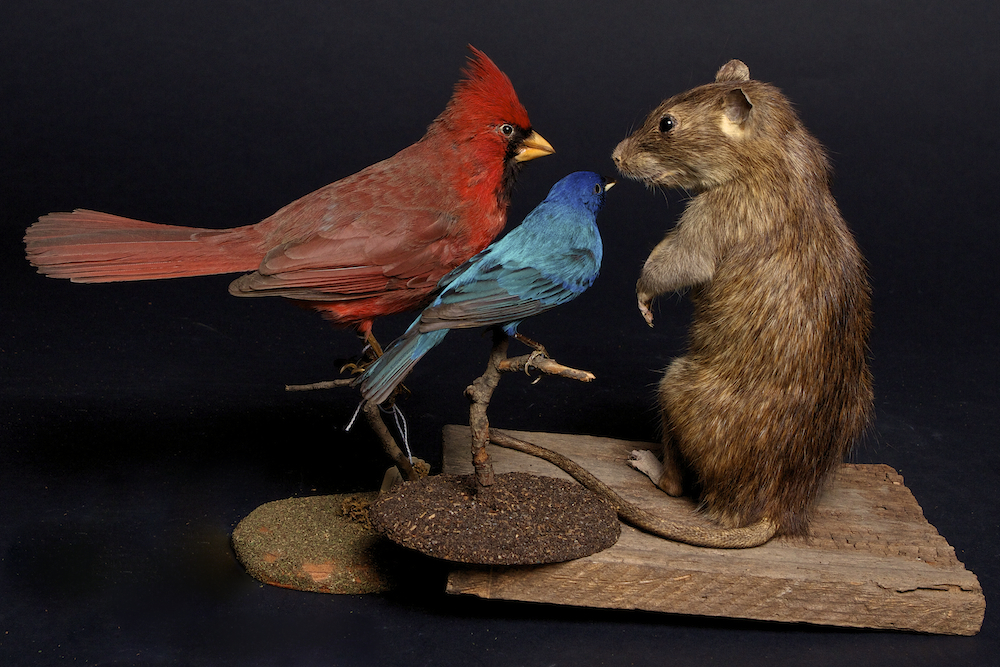 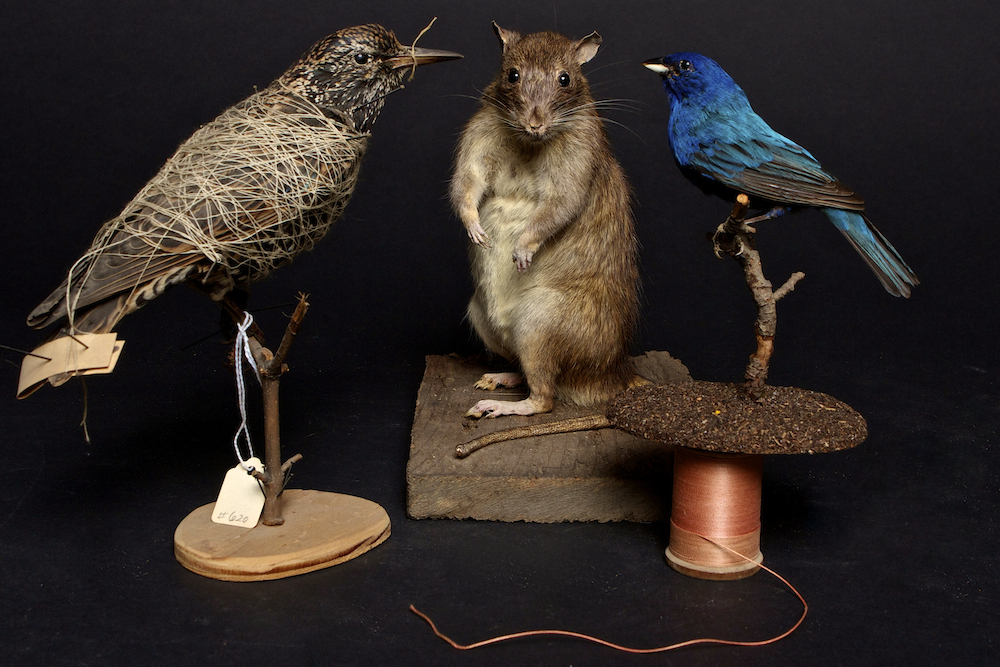 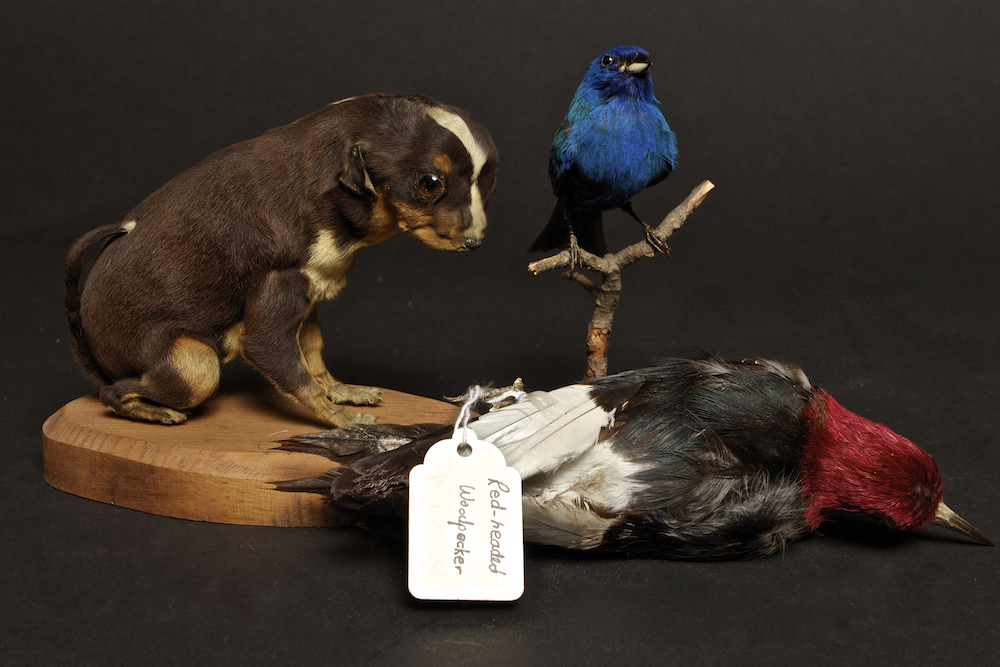 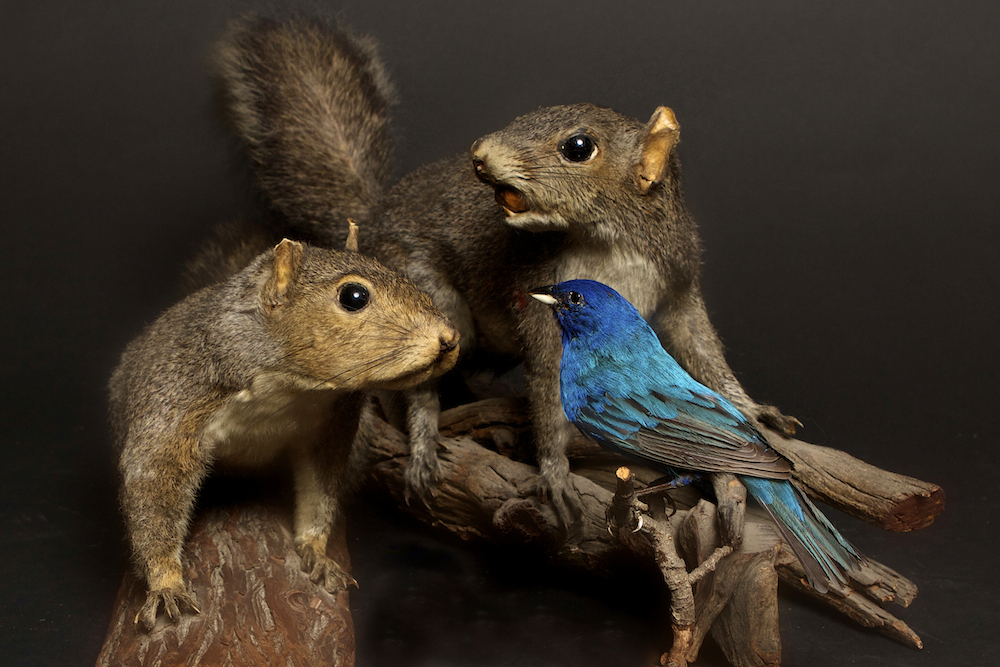