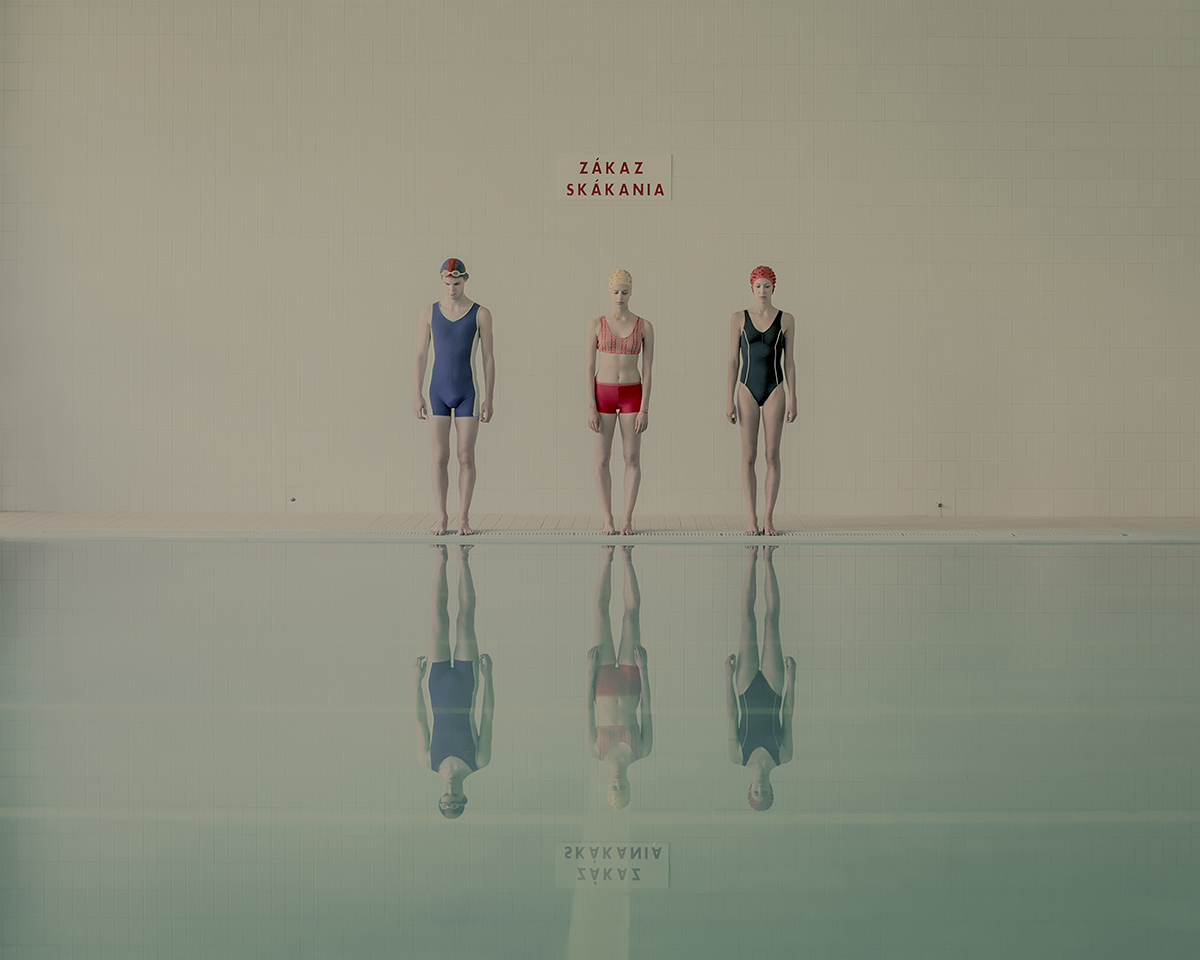 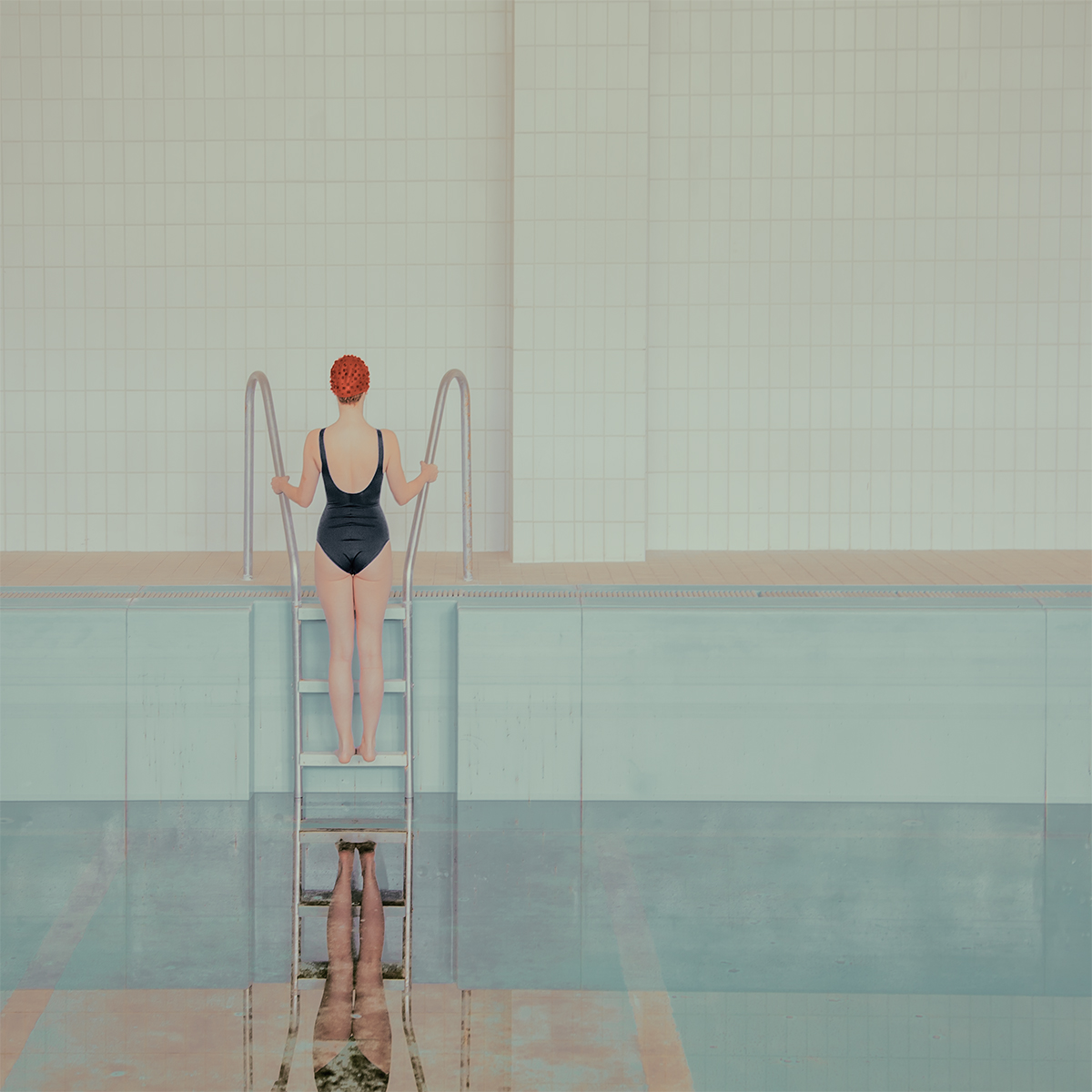 Before Mária Švarbová became a photographer, she studied conservation, restoration and archeology, which shines through in her ongoing minimalist series, Swimming Pool.

In it, robot-like people with couture model qualities are presented around a pastel-colored swimming pool backdrop, bringing on an almost alien quality.

Mária Švarbová took time to explain the inspiration behind her photo series for Feature Shoot.

“The atmosphere that I depict through a palette of pastel and overexposed tones projects the spectator into a sanitized world in which the characters have chosen to give up any kind of extravagance that might unmask them,” Švarbová tells Feature Shoot.

“Like inert and robotic figurines, they rigidly evolve from one photograph to the next without parading their feelings. Time seems to have stopped and the swimmers have no other idea than to see themselves reflected in the perfectly still water of the swimming pool.

“Reworking the concept of the photo novel that originated through a combination of cinema and comic strips, my photographs are a succession of short scenes in which the frontality and absence of contrasts removes any narrative dimension in favor of the fullness of the photographic surface.

“The use of retouching software allows me to master this careful and stringent aesthetic with extreme precision, attenuating differences as though all individuals were the same, losing all of their individuality and identity.” 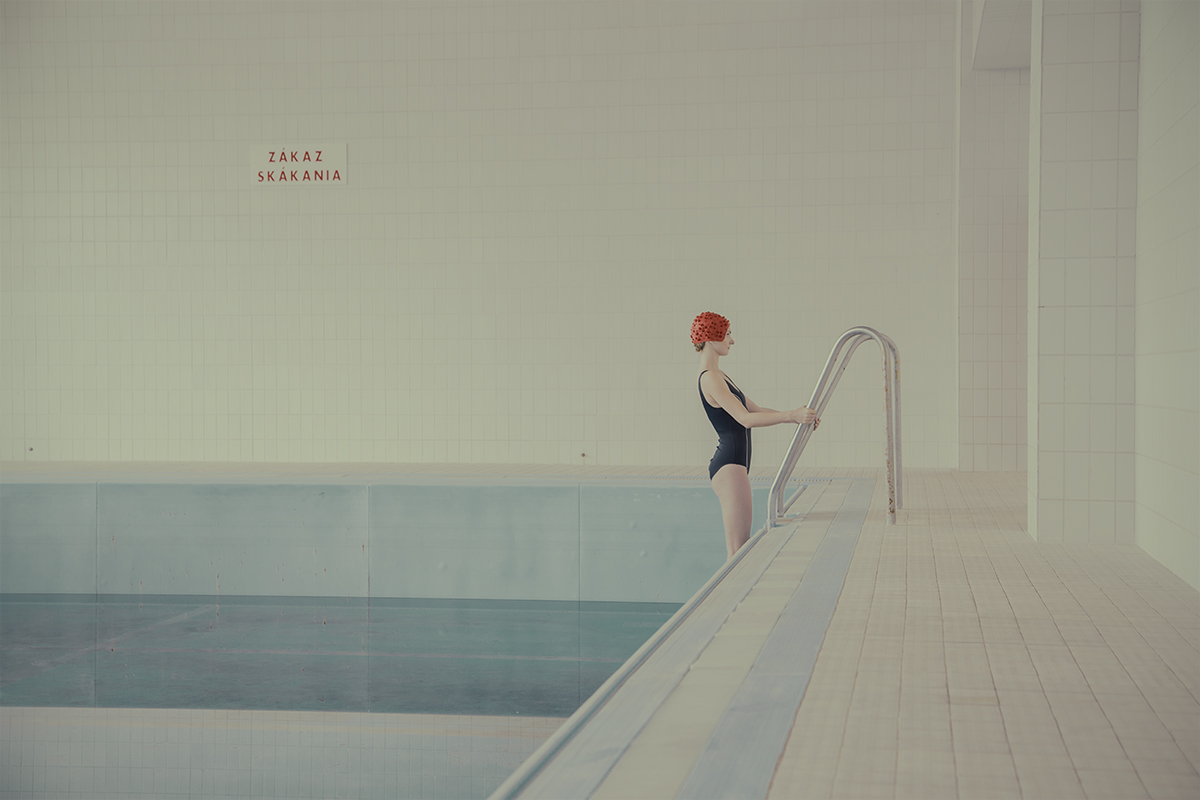 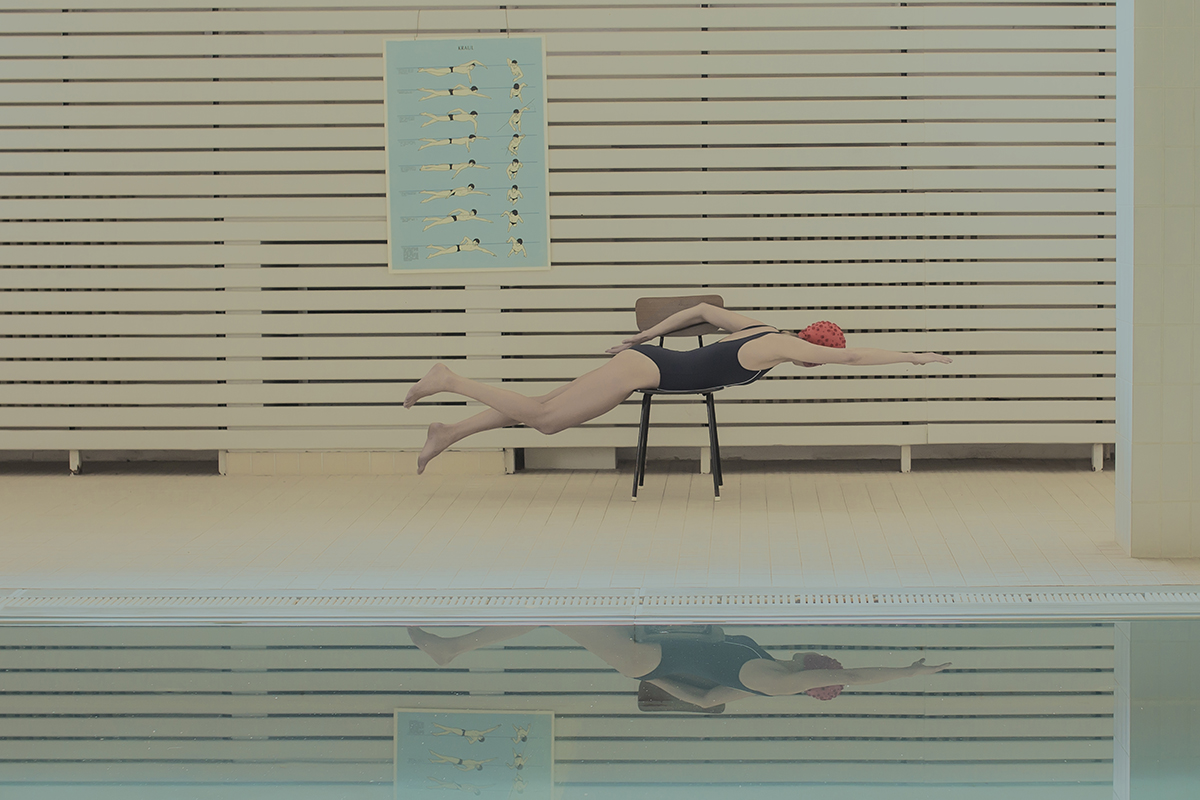 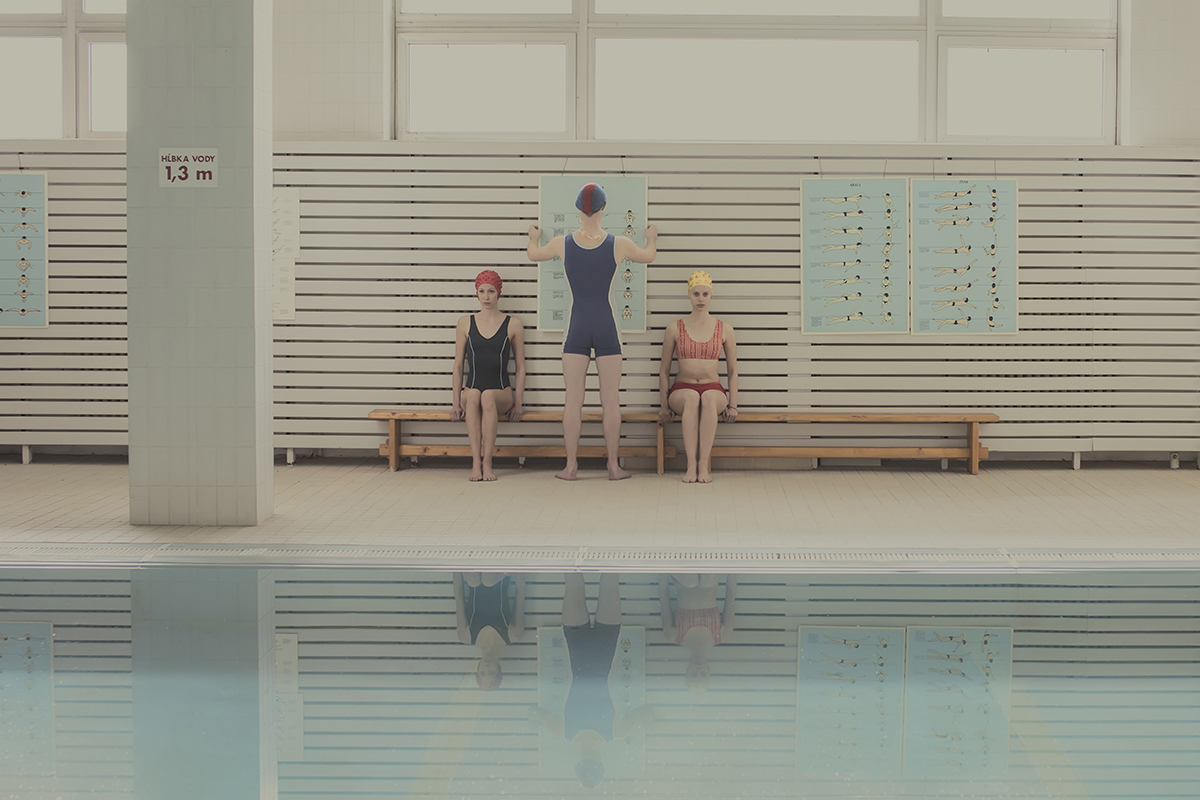 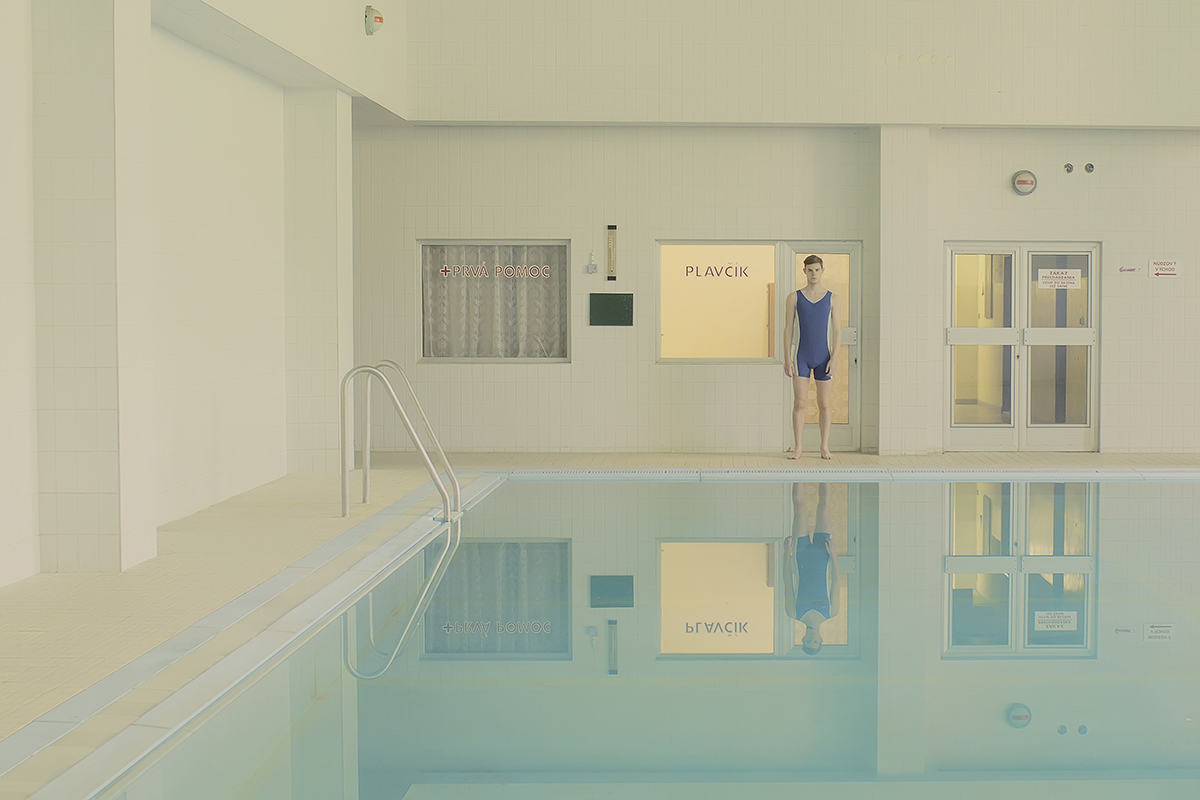 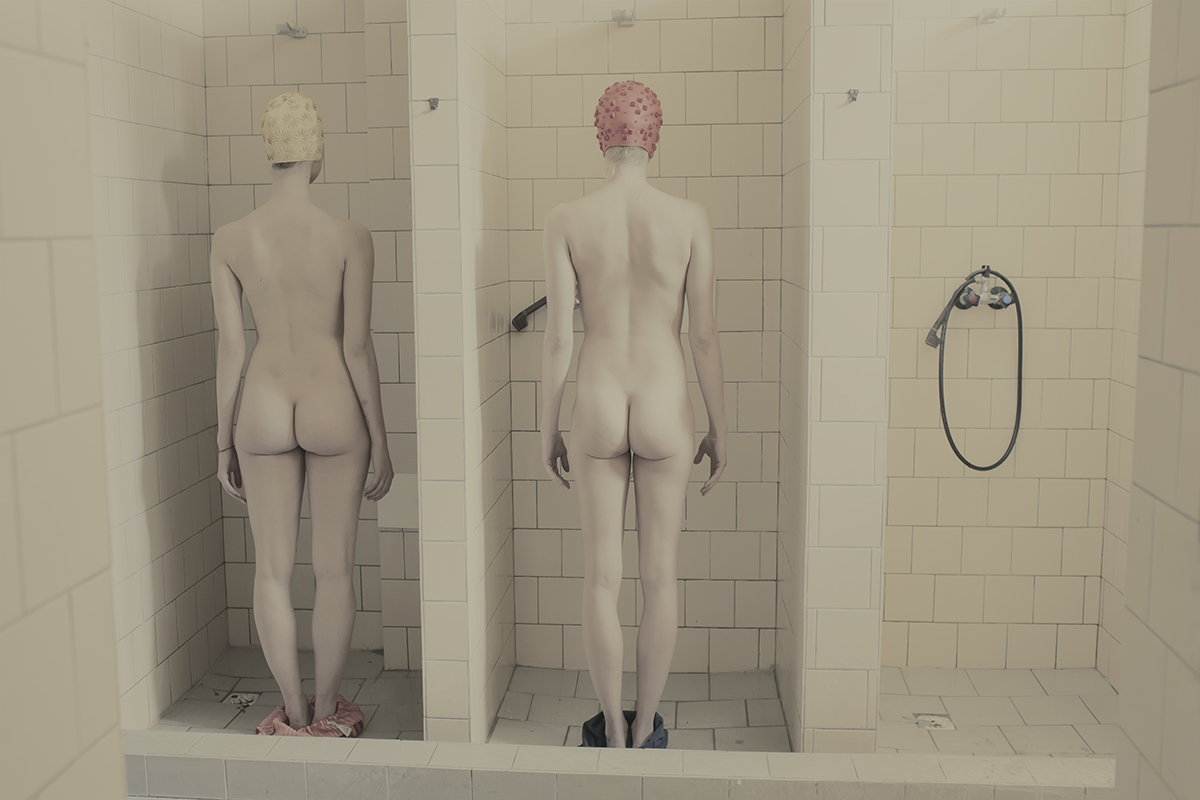 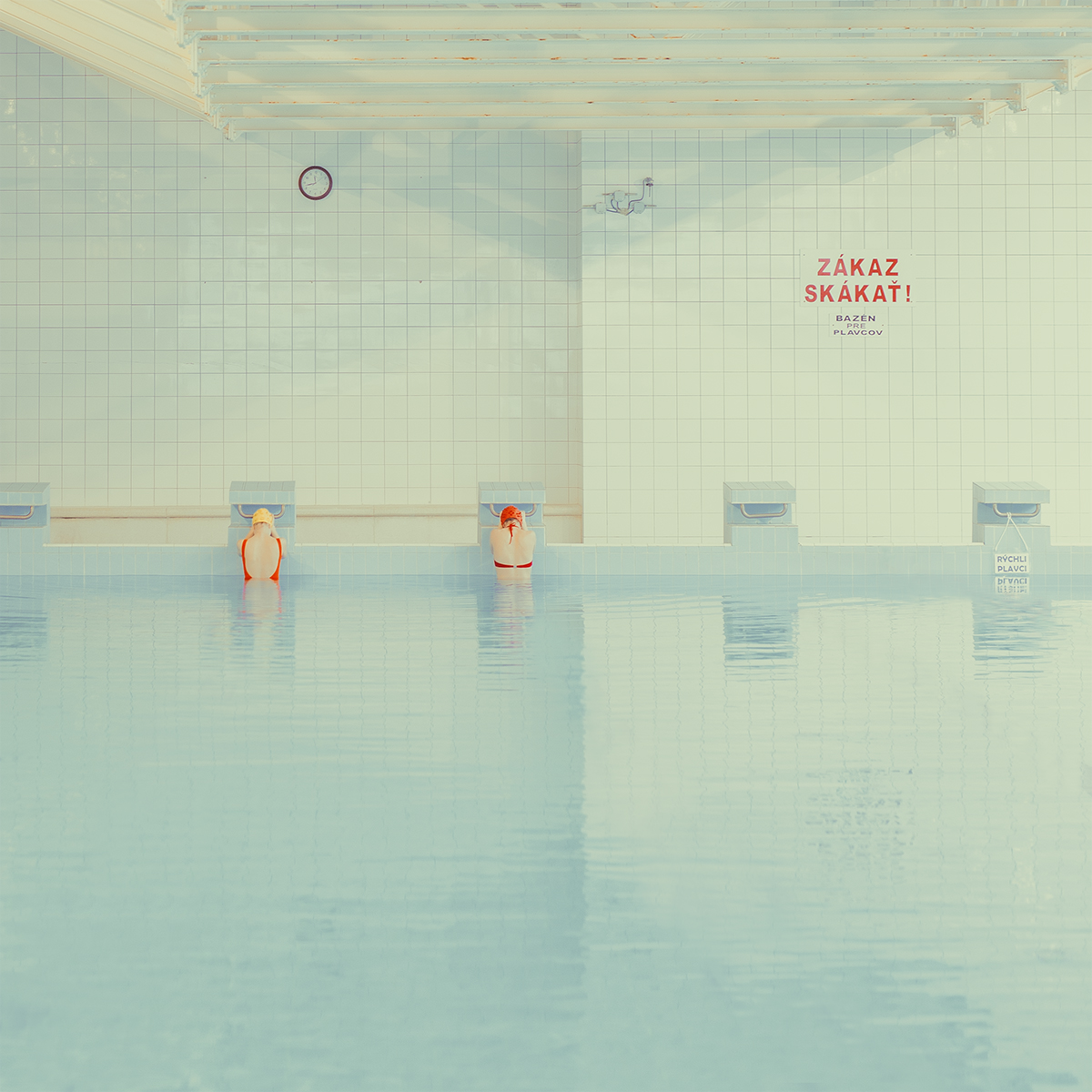 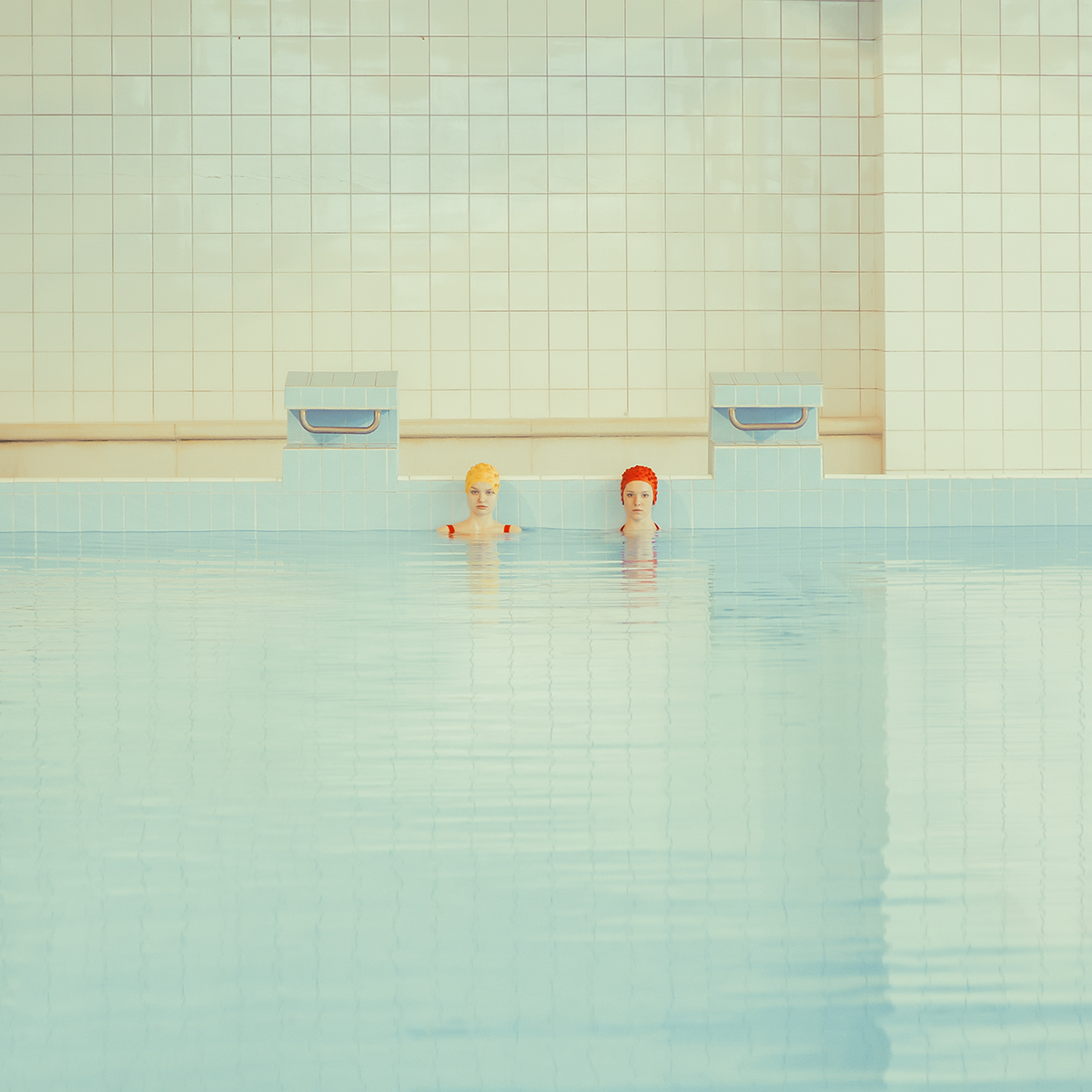 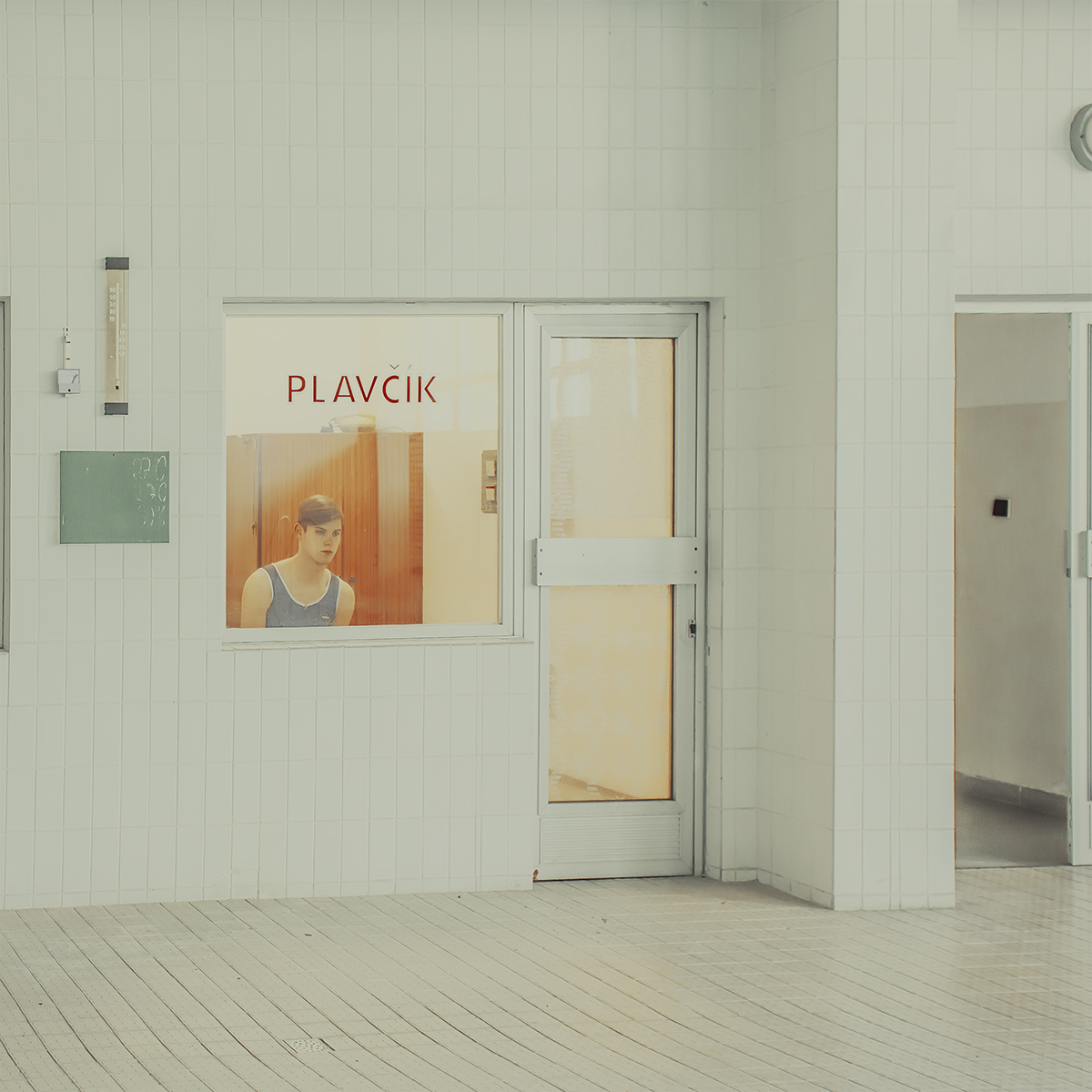