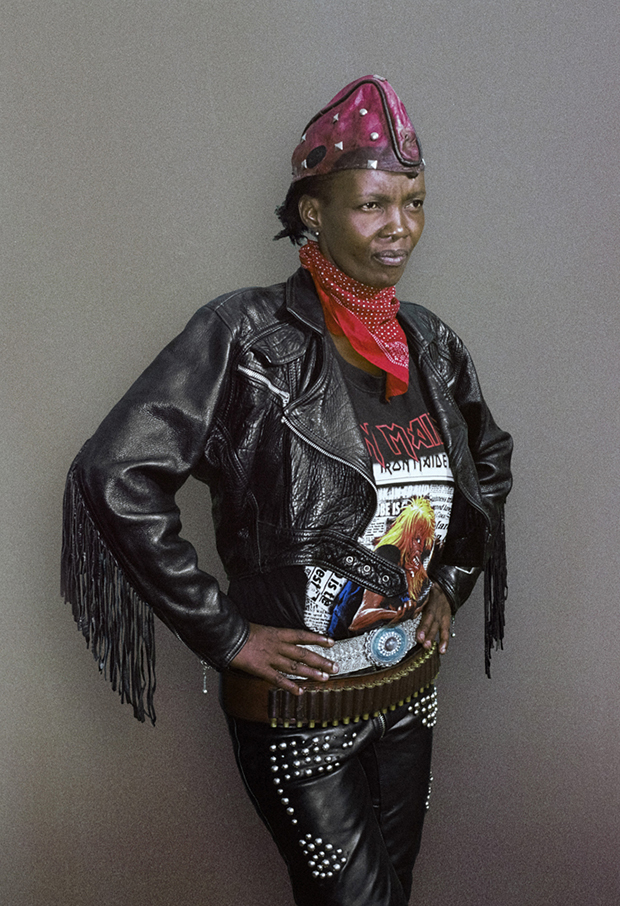 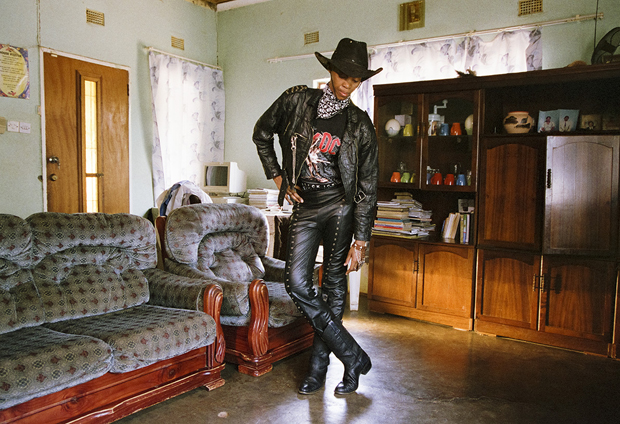 When you think of the kind of audience that “heavy metal” attracts, you might think of men with long hair in cut off, tattered Metallica singlets, accompanied with a cheap pair of sunglasses. Depending on your stance and connection with the genre, however tenuous, you might also associate it with young people who feel opposed to hegemony or safety. It’s probable that you might unconsciously associate it with whiteness and maleness. Paul Shiakallis offers an interesting visual alternative to this preconception.

For Leathered Skins, Unchained Hearts, Shiakallis explores the deep, intricate culture of women in the Marok movement, a metal subculture in Botswana. In particular, he captures the magic and agency of the women who turn to metal music as a means of asserting their autonomy in what can be a deeply patriarchal environment. Through their fandom, these women have carved out a space to explore activities that might otherwise be criticized as improper or unfeminine.

Shiakallis’s characters are all positioned rather purposefully and dramatically, and when you see the photos as a set, the reasoning behind this makes the narrative all the more clear. Shiakallis is interested in creating binaries that may not have existed, playing around with stereotypes and gauche ideas that when worked within the context of his photography, come off as exciting and frightening. The otherwise stereotypical landscape of cultures like “punk” and “metal” become re-invisioned in Shiakallis’s images, which instead present an image that feels in some way like a kind of justice, a triumph, if you will. The clothing of the metal fanatic becomes more powerful and meaningful when worn by his subjects, and is contextualised by his purposeful backdrops of suburbia.

There is something transgressive about the high drama and strong visual of a female metal fan, contrasted within an otherwise mundane or suburban setting. His subjects are depicted out in tall grass, in living rooms, standing against stark walls, and yet they stand to attention with bodies full of confidence and purpose, dressed up in their daring costumes. This is in stark contrast to the typical desolate image portrayed of Africa – the kind of suburbia Shiakallis documents is something that posesses a edge to it, sure, but it also is comforting in its normality.

Shiakallis is bold enough to create a narrative that challenges preconceptions about genres, cultures and locations. He has created a visual display that celebrates a movement in Botswana that allows women a certain degree of independence and freedom to express themselves. 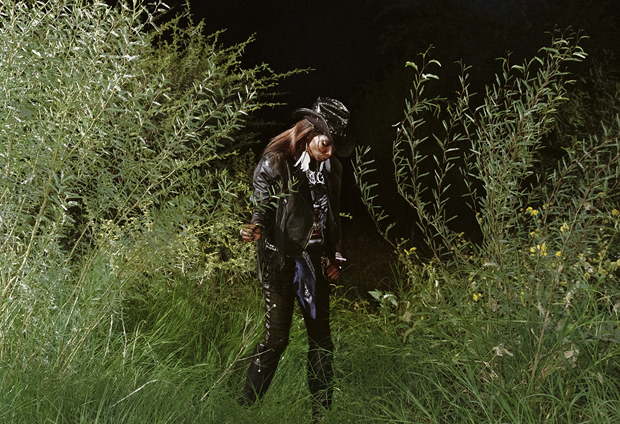 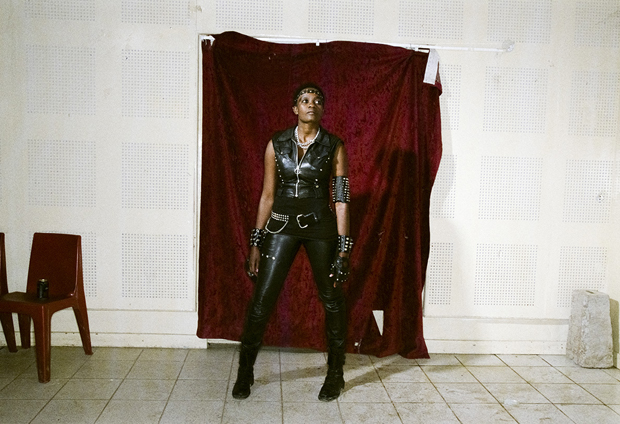 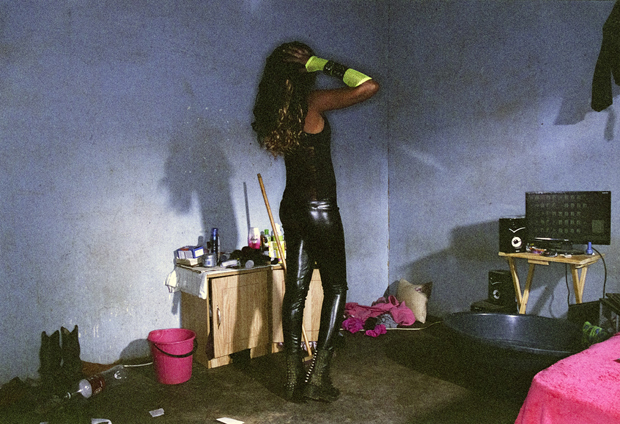 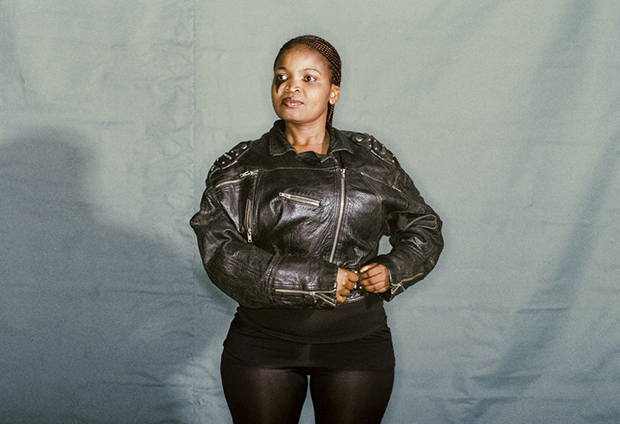 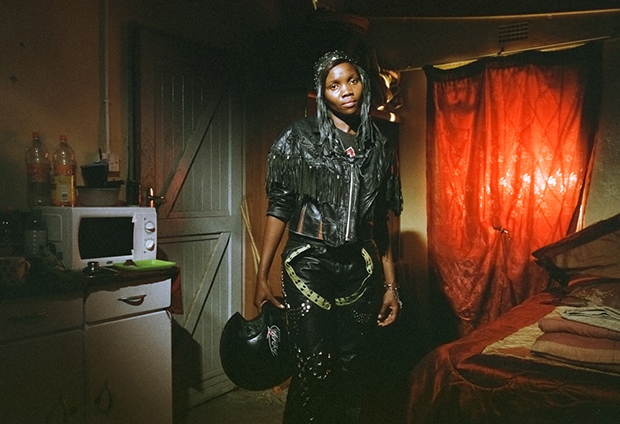 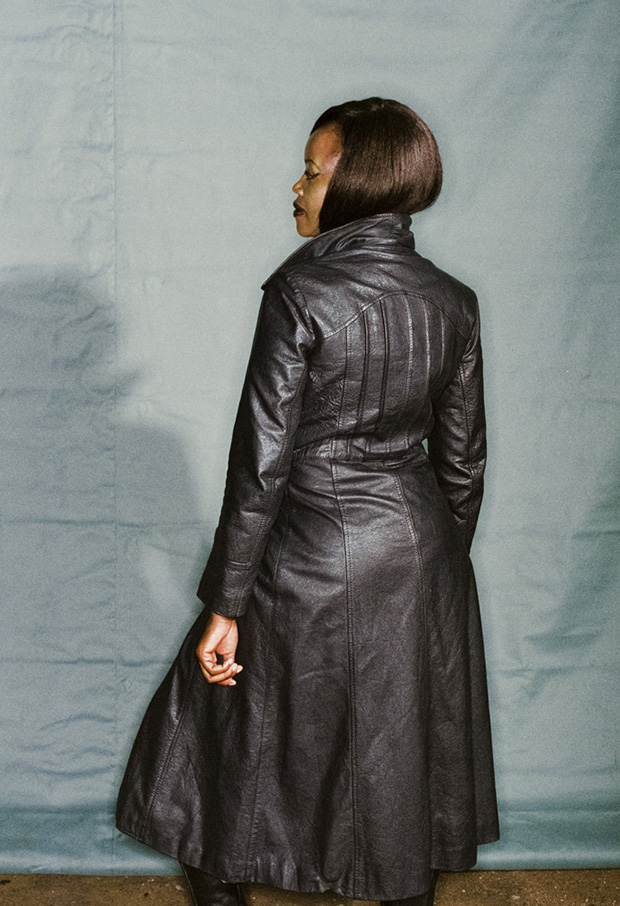 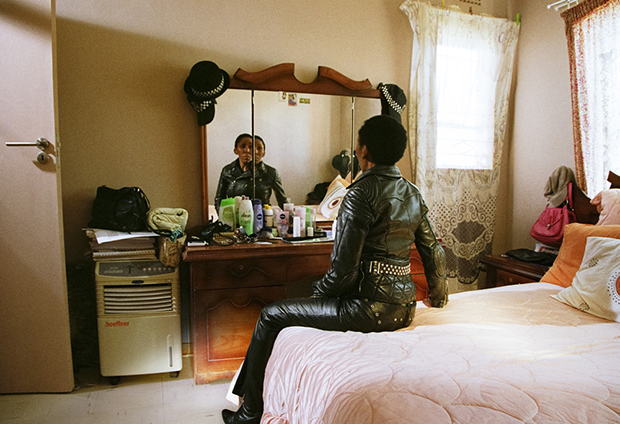 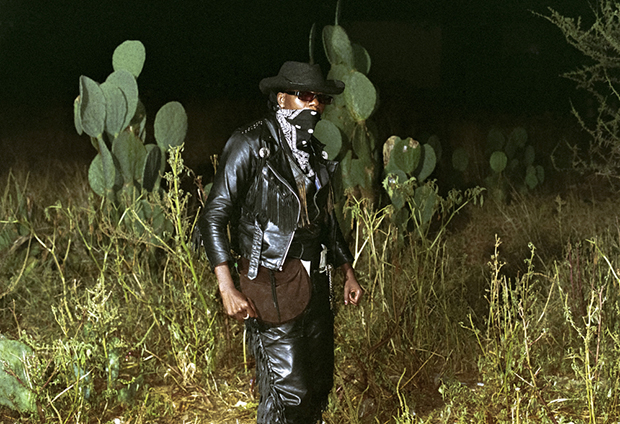