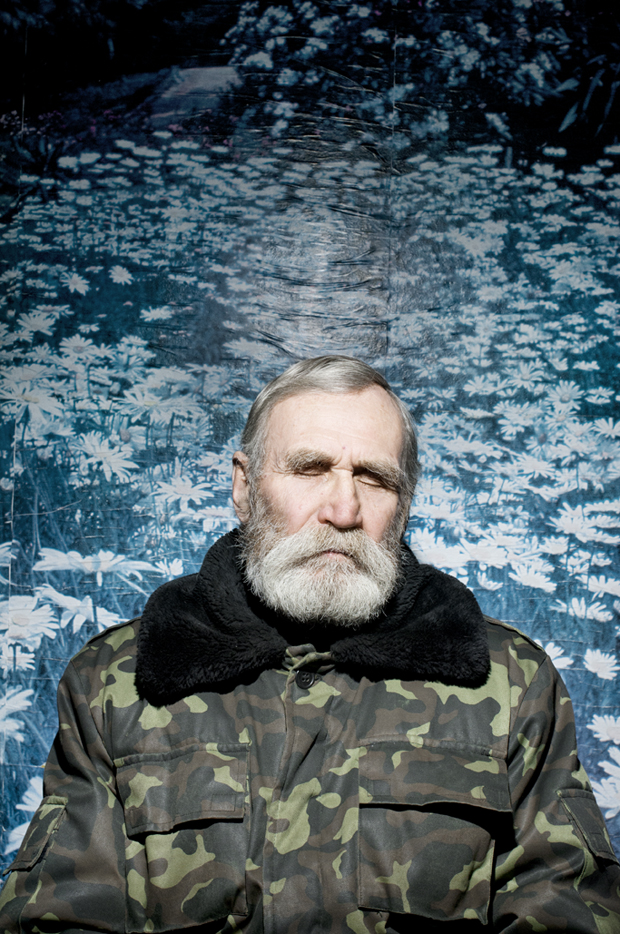 Borys, 74, from Kiev. “I thought, why are they taking a picture of me and what will happen to Ukraine.” 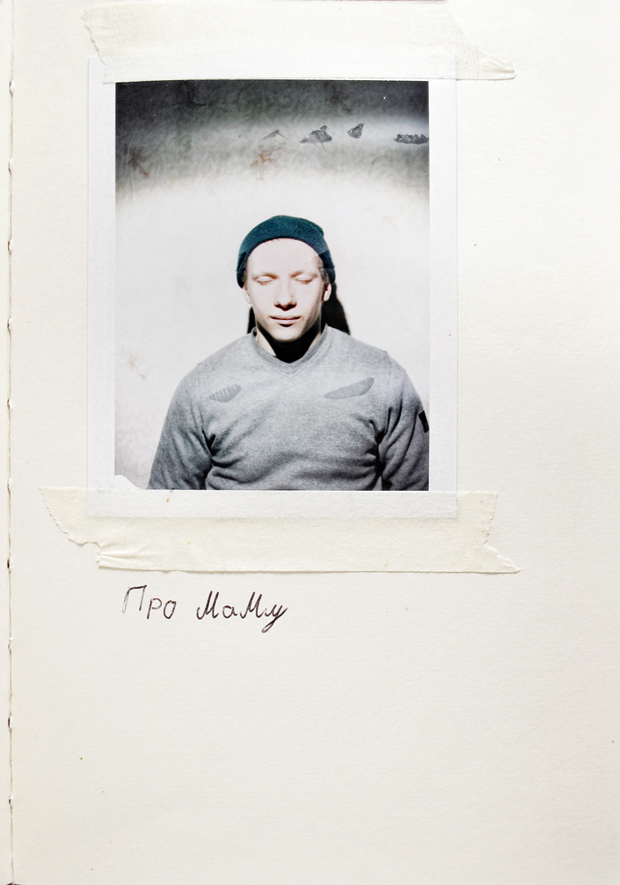 In the aftermath of the Ukrainian revolution and the Maidan uprising in 2014, the armed conflict that followed in the Donbass region hauled the photographer-duo Jean-Marc Caimi and Valentina Piccinni back to document the people at the frontlines.

Caimi and Piccinni met two years ago while Caimi was working on a project and was looking for somebody with meticulous editing skills to help with the picture selection process. The two ended up working together as a team for other projects. Piccinni, a graduate in art history, began her photographic career working as a curator for other photographers, for books and exhibitions. Caimi worked as a journalist and photographer involved in the music business. They share mutual experiences to develop a personal approach that supports their photographic vision and expectations as human beings.

During the revolution, “we were impressed to see people of all social classes and age gathering for an ideal and truly committed to clear their country from the corrupted government of Janukovyc” they said, “More than the clashes to us it was crucial to describe the persons: the human aspect of the war more than the war itself.” They decided to return to Ukraine and begin this documentation, but it was not easy gaining access. It took about three months to work through the complex layers of bureaucracy to gain entry into the camp. Initially, they were faced with skepticism or shyness from soldiers there. The training camp was not too far from the frontline area of the Pisky airport, and they found that soldiers were deeply concerned about their lives and families back at home. The duo had to work slowly, get to know the men and women and only then were they able to photograph them. “We decided to use a Polaroid because we had this “dreams diary” concept in mind.” This approach was rewarding both “humanly and photographically” in that it allowed the photographers to interact with the soldiers and get as close as possible, not only physically but also peek into their intimate thoughts at a very arduous point in their lives.

During the time spent there, the pair shared their small room, conversations and vodka with a few other Ukrainian news photographers and journalists. One of the journalists they met there, Sergii Nikolaiev, who worked for the Segondnya newspaper in Kiev, joined troops going to Pisky and wanted to interview families that lived within firing range. When a grenade was fired from the rebel side, it exploded near Nikolaiev and he died from wounds at the on-site hospital, “What happened left us shocked and speechless. There’s no way to get used to the horrible routine of war.”

For their project War Dreams, Caimi and Piccinni ask a group of soldiers at a military base near Donetsk, prior to their departure for the frontlines, ‘What do you see when you close your eyes?’ This series documents the thoughts of the men and women who prepare to undertake the most life-threatening journey, ready to die for their country.

What do you see when you close your eyes? A simple question was asked to a group of mostly young soldiers of a miltary base near Donetsk, prior their departure for the front line of the Ukrainian war. A polaroid was taken and their visions and dreams individually annotated on a diary. A photo portrait shot on the backdrop of a inner panorama of emotions, ranging from simple hopes, fears and wishes, to philosophical considerations. 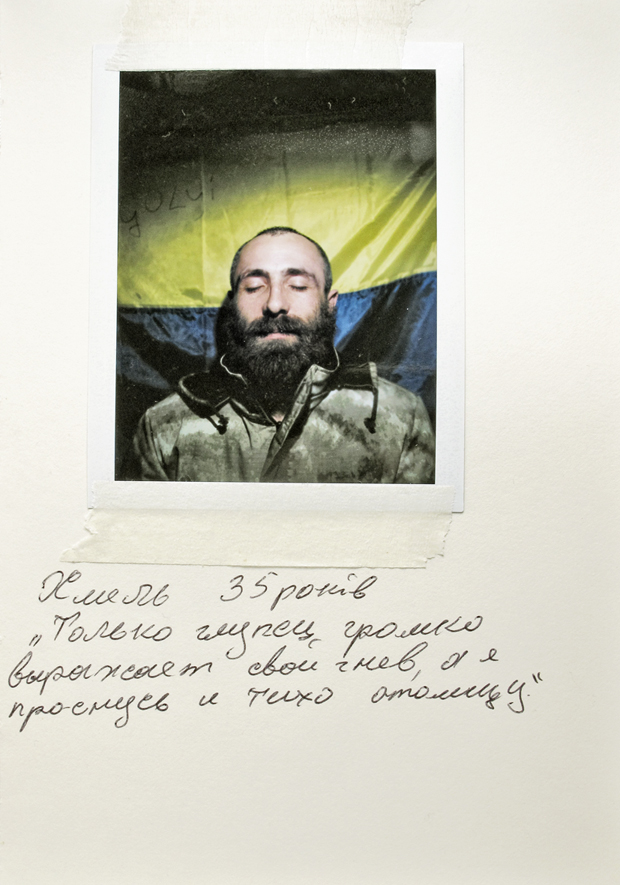 Codename Khmel, 35, from Khmelnytskiy. Only a stupid man will express his anger loudly. I, on the other hand, will wake up and quietly revenge. 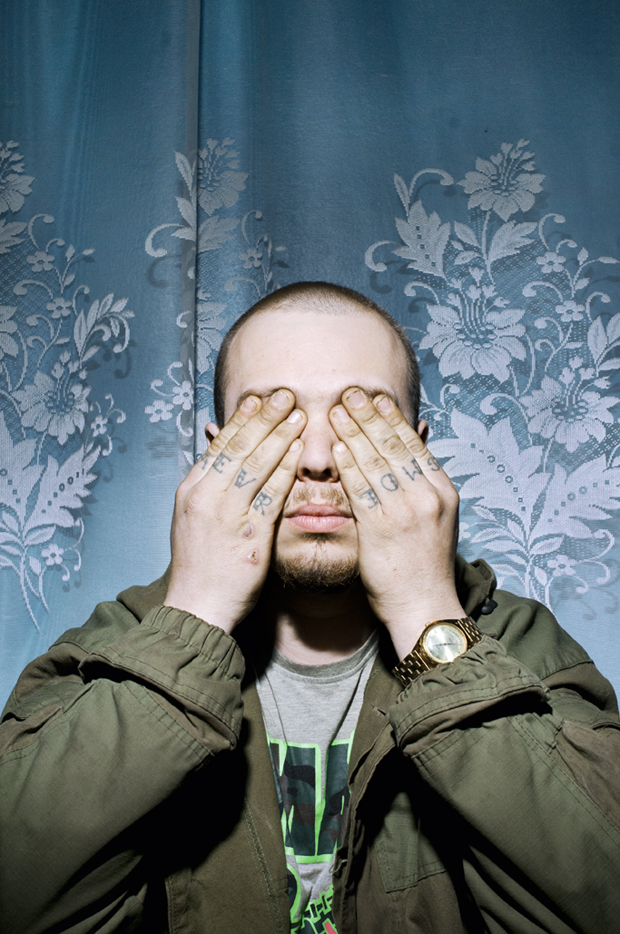 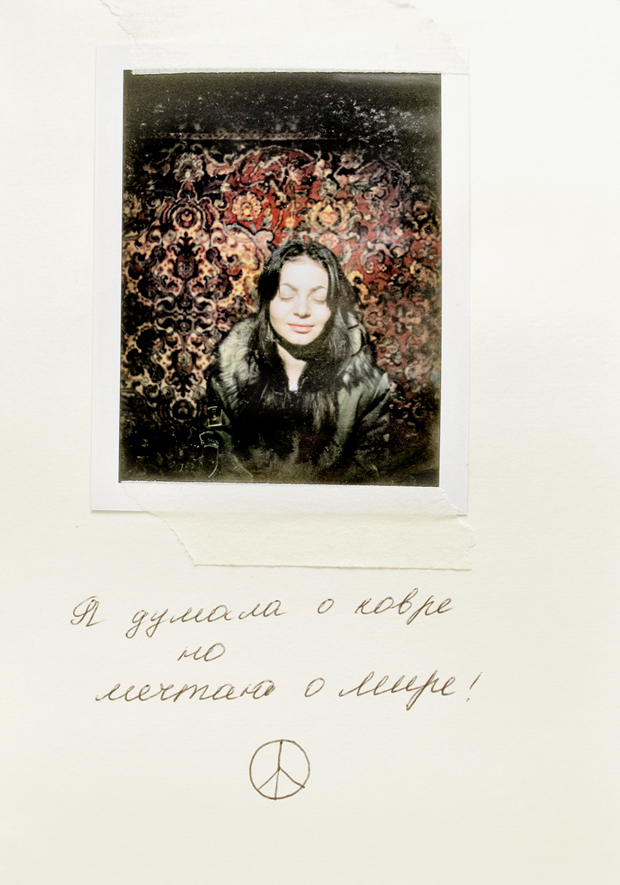 Codename Marusya, 21, from Dnipropetrovsk. I was thinking about the carpet, but I was dreaming about peace. 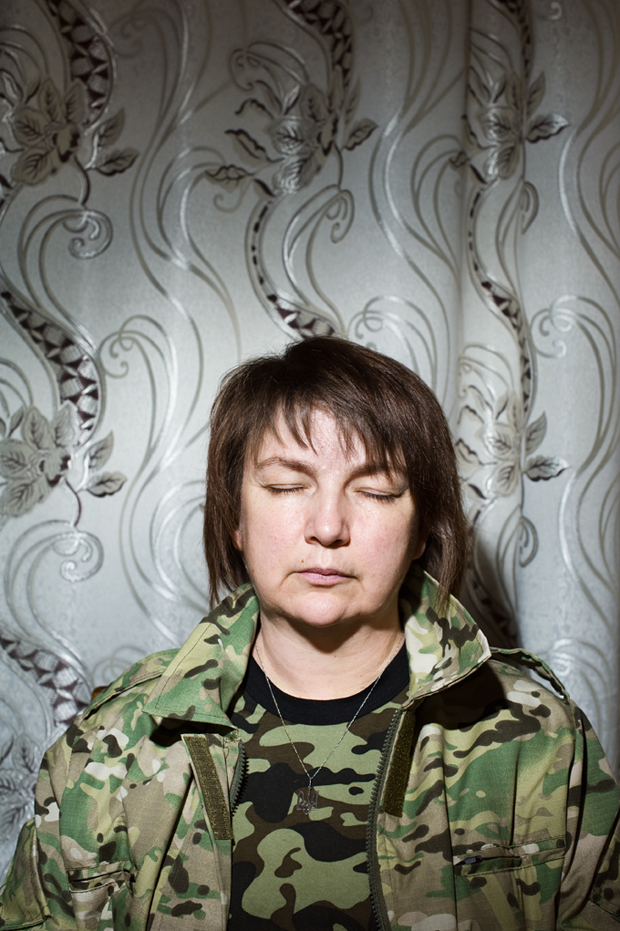 Alla, from Bila Cerkva, Kiev region. I was thinking about the fact that we will have no other time to live, to be friends with each other, to construct and to love. 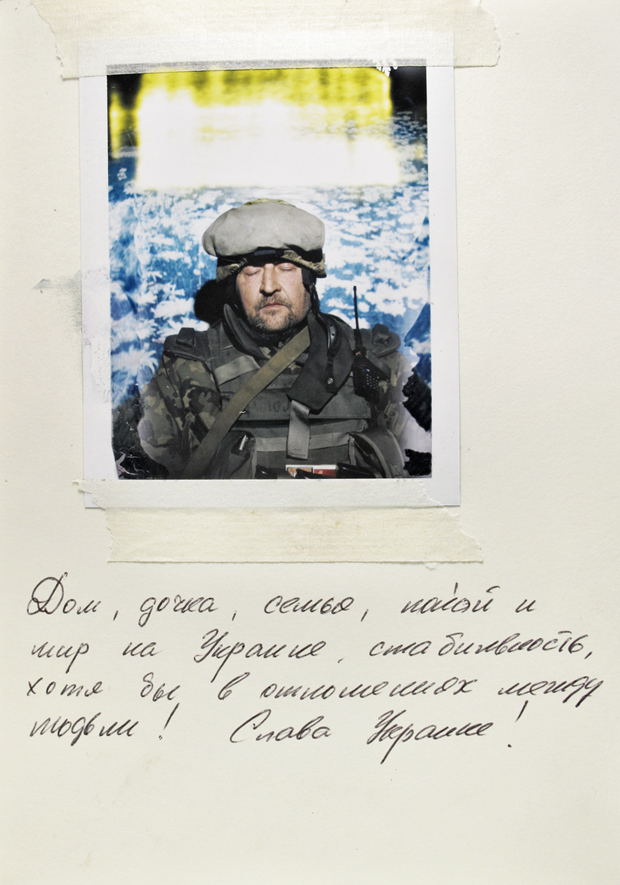 Orest, 50, from Khmelnytskyi. [I’m thinking about] home, daughter, family, peace and quietness in Ukraine. Stability, at least among relationships of people. Glory to Ukraine! 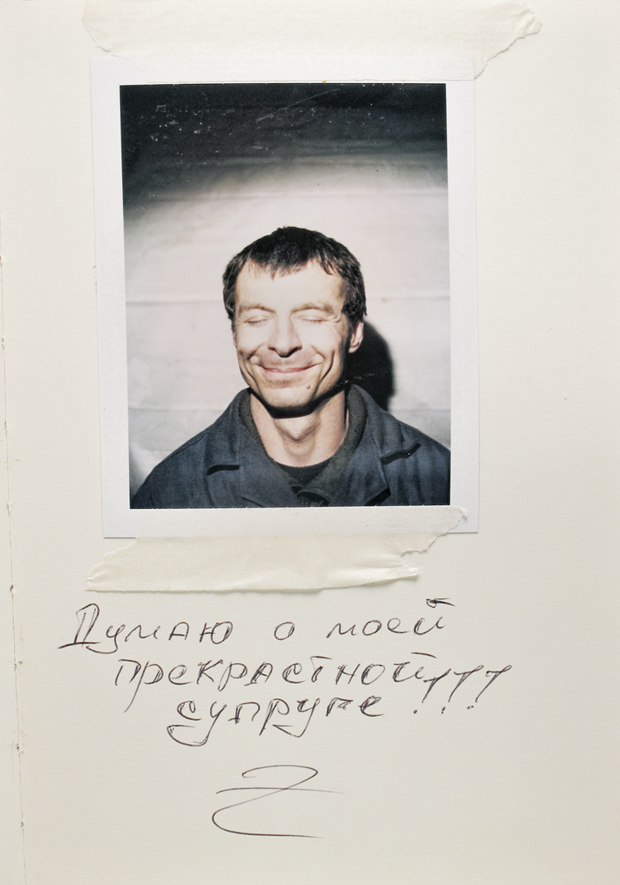 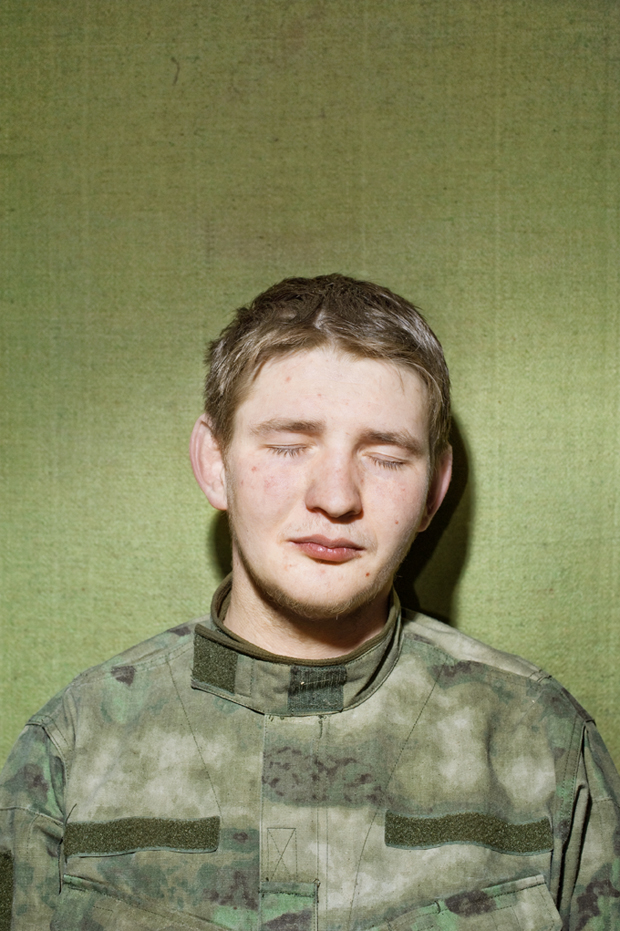 Yaroslav, 22, from Lviv. Yaro, codename Lys (Fox), 22 years old. Usually people measure time in seconds, minutes or days. Here I measure time with the lives of those who give them away, for others to live. How many more? 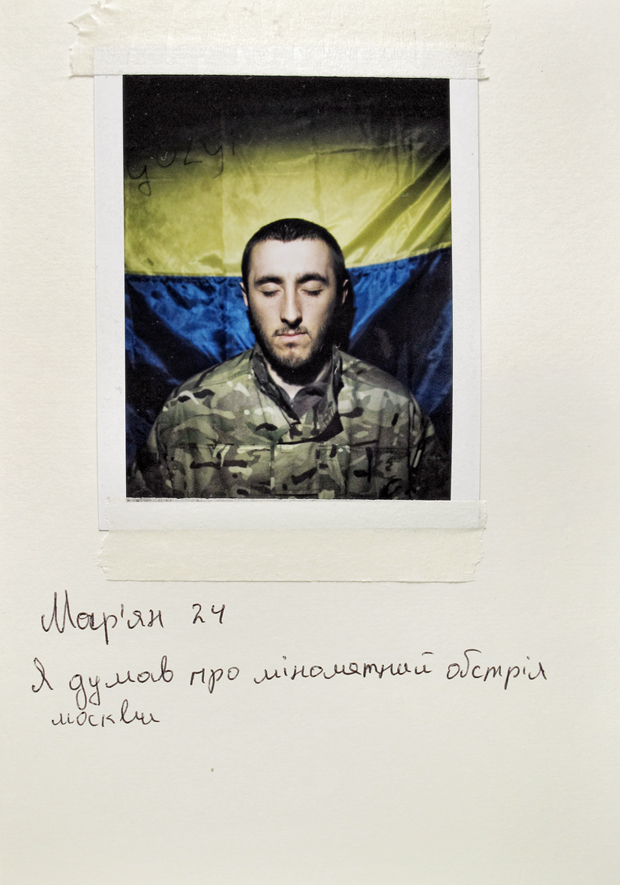 Maryan, 24, from Ivano-Frankivsk. I was thinking about shelling of Moscow. 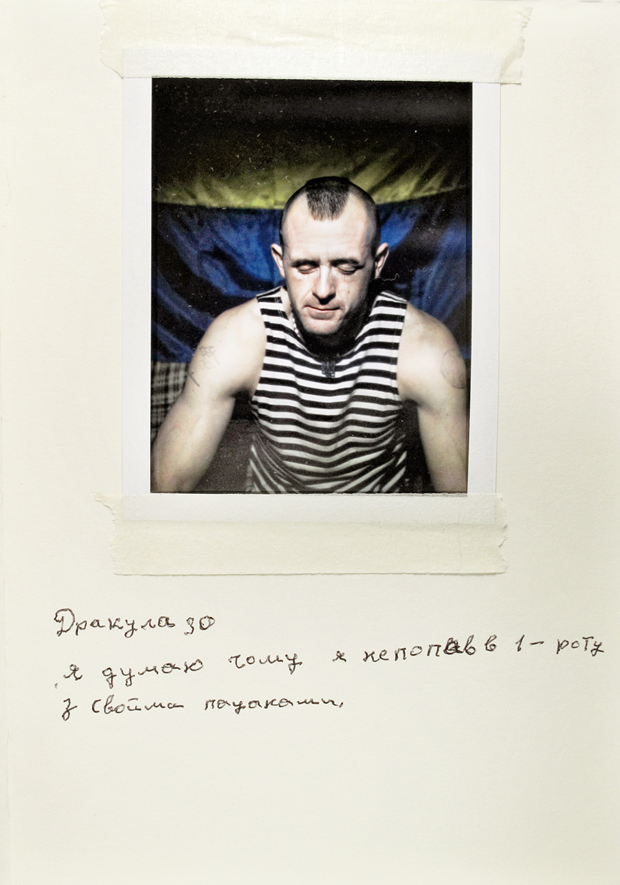 Codename Dracula, 30, from Ivano-Frankivsk region. I’m thinking why they didn’t take me to the first regiment where all my guys are. 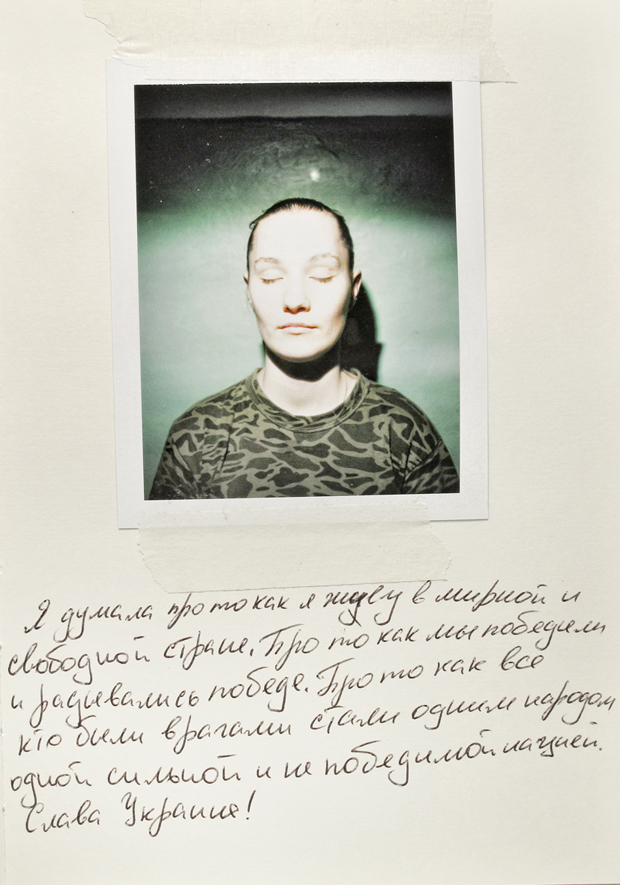 Anya, codename Bahira, 19, from Dnipropetrovsk region. I was dreaming about the fact that I am already living in peaceful and free country, about the fact that we have already won and we were celebrating our victory. I was thinking about all people who were our enemies who became one nation, one strong nation which cannot be conquered. Glory to Ukraine!