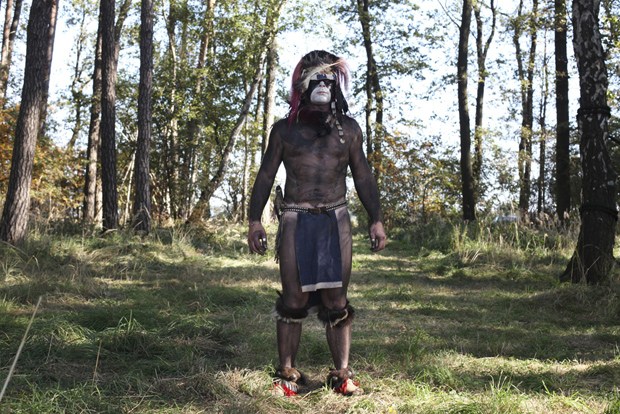 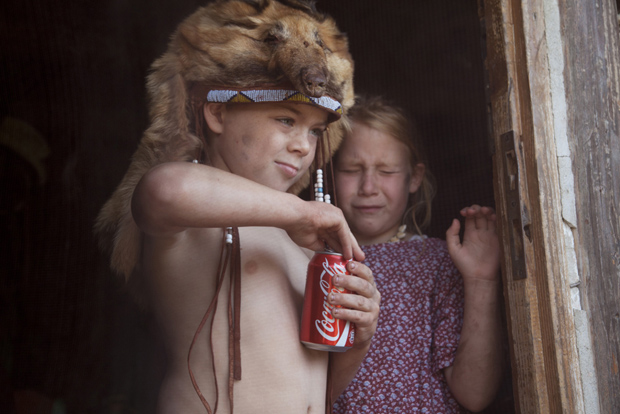 Canadian photographer Jen Osborne’s series The Red West explores the practice of ‘Indian Hobbyism’ throughout Eastern Europe – a practice which originated in Germany in the 1920’s as a reaction against communism. From 2011 to 2015, Osborne travelled around Europe attending gatherings and powwows, photographing these people who like to dress up and live as Native Americans, and capturing their attempts to revive a simple, traditional way of life. Due to the controversial nature of their activities, much of what they do remains strictly secretive, and so we spoke to the photographer to find out more about how she approached this deeply contentious, yet fascinating subject. 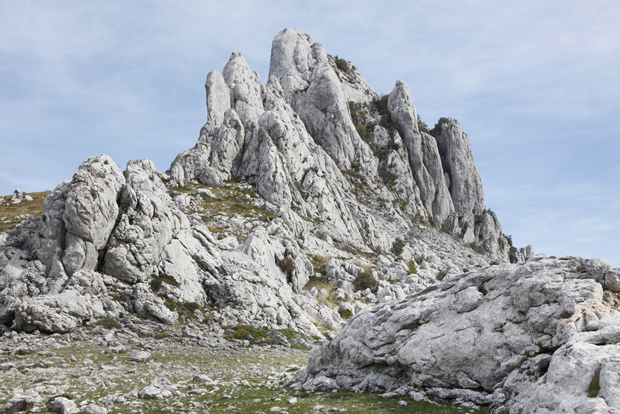 Where did the idea to start this series originate?
“I began shooting The Red West in early 2011. When I decided to move to Berlin, I spoke to a Blackfoot Indian friend, Cowboy Smithx, about Germany. He told me “Germans love Native Americans.” I wasn’t sure what he meant by that, so I watched out for signs when I moved back to Europe.

“I started googling things like “Native Americans and Germany,” “European Powwows” and similar key words. I discovered the multitude of “Indian Hobby” clubs in Germany alone (not to mention Czech Republic, Poland and Russia). These groups respectively re-enact different Native American societies (such as Lakota or Iroquois, etc.) and they gather throughout the year to practice bead work, archery, dancing and other traditional Native American activities.

“What fascinated me at first was how grown adults could justify dressing up like Native Americans. I would get objects thrown at me in Canada if I did that in public… But after getting to know the subjects, I saw a much deeper level to it all – one that kept me around for four years, which is their desire to psychologically exit the “real” world. I realize their use of cultural appropriation, or ‘cultural mirroring’ as I more diplomatically call it, was more a vehicle to escape into another reality that is more interesting and exotic.” 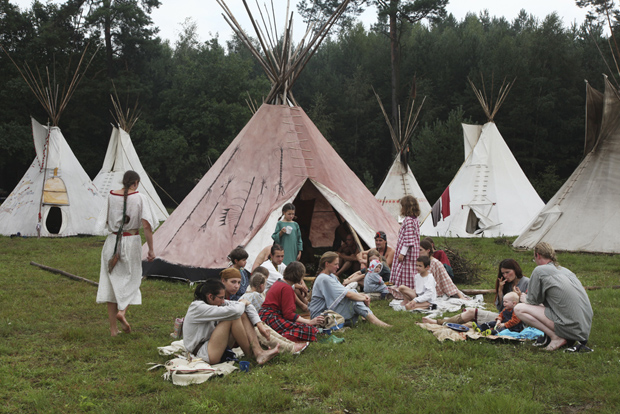 How easy was it to gain access to this community?
“The first contact I had with the “Indianist” community was via a Powwow in former East Germany, outside of Leipzig. I met some very open and helpful people there, one of which is a member of the private hobby scene. Most of the true hobbyists don’t attend public powwows. Rather they host and attend tipi camps that are only open to club members. I asked him if I could attend, explaining I was working on a visual project about hobbyists. So he helped me get into the German community by inviting me to a large summer camp, hosting over one thousand people.

“Aside from the German scene, getting into camps was difficult. The Hungarians operate on an invite-only basis. I was able to enter only through extreme persistence. I had a friend there and after two years of begging him to let me attend a war camp, he said yes! But his peers didn’t really approve of it, making my experience there a bit lonely. As for Poland and Czech Republic, I just sort of showed up after finding rough directions on where the camps were held. It required some long bus trips, hitchhiking, long treks through muddy forests with heavy bags, and extreme illness. I can’t say the people were welcoming, but the experience I had was very interesting. I would describe most of these gatherings as a place for old friends, so it made it hard for me as an outsider to enter smoothly.” 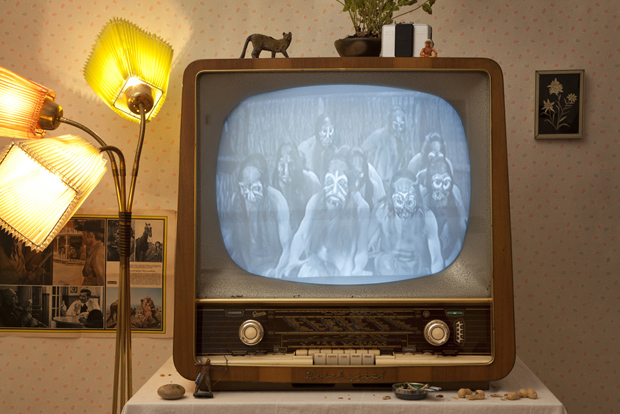 What is the meaning behind the title of your project?
“I think it is a combination of movies, entertainers such as Buffalo Bill, and literature from Karl May, that catalyzed the “Indianist” movement in Europe. Buffalo Bill was one of the more colorful characters from the real Wild West, who, after serving in the US Army, started a traveling show that went as far as Europe (early 1900’s). Tales of his show lead to book publications about him, and in combination with Karl May’s literature (who wrote books about Native Americans from a German jail cell), he created a romantic notion of North American Indians.

“Eastern European Wild West films of course came after this literature and have been painted with the term ‘Red Western’ because they were created under communism. Some popular Red Western films include: Chingachgook: The Great Snake, Lemonade Joe, The Sons of Great Bear, and the famous West German production, Winnetou, which was filmed in Croatia. I believe these films struck a chord during the Eastern Bloc because they had a tendency to portray Native Americans in a similar light to those being oppressed by the totalitarianism of communism. They focused on First Nations Peoples as victims of Americans, allowing the average Eastern European to relate to their struggles. So, by being an Indianist during this time, it was also a way of being sympathetic to North American Indians’ oppression.

“And, also as mentioned above, it was an exotic vision of a far-off land that inspired my subjects to ‘play’ or ‘be’ Indian. Some do re-enact for fun, while others do identify more with really being Native American.” 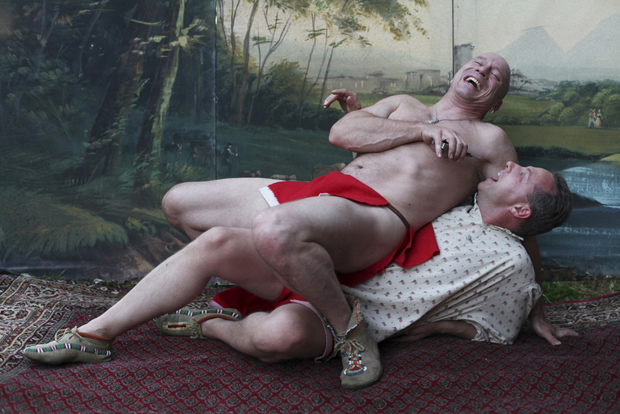 Why did you choose to incorporate the landscape shots and film stills?
“After shooting the camps, I realized I needed to provide more visual background on why this cultural phenomenon all began. That’s when I turned to photographing the Eastern European Wild West film stills, and the locations where they were filmed (Croatia). I describe these locations as the “psychological landscapes” of my subjects, because many of them are constantly living out scenes similar to these films inside their heads.” 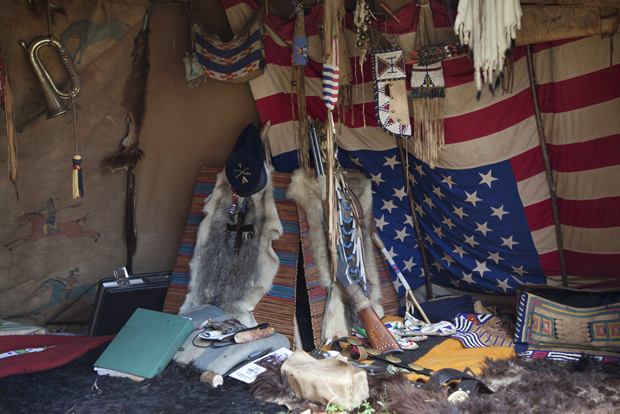 How often do these hobbyists meet up – would you describe it as being like a club/hobby or more of a way of life?
“The “Indian Hobby” is a type of bedroom secret. Many of the members do this secretly and do not wish for their activities to be publicized. So, I would say it is definitely more of an underground club, although there are also more public events such as Karl May Fest, where just about anyone can attend. However, the true hobbyist devotes many hours of their week to learning new crafts skills and survivalist techniques. The average family goes to the camps one time a year for about one week, but more devoted hobbyists attend various week or two week long events throughout the year. I even met people who do this all year around, but they were usually in some kind of tragic life situation.” 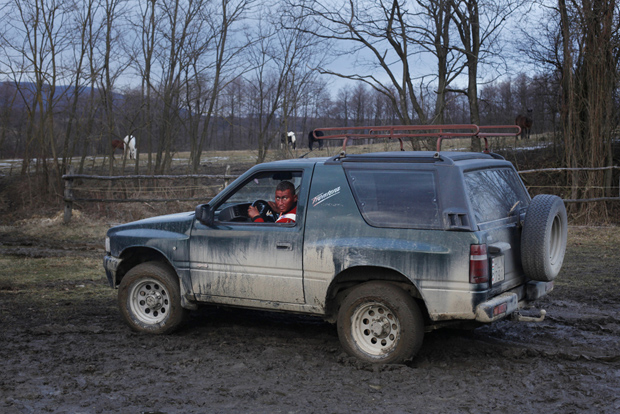 You say on your website, “I wanted to explore whether imitation is flattery.” What is it do you think that attracts people to Indian Hobbyism, and in your opinion, did you find this statement to be true?
“Cultural appropriation issues aside, Hobbyists often view this as an act of solidarity with First Nations people, while also treating it as a form of “serious leisure”. There are a lot of reasons why one would enjoy this style of life. The community is deeply engaged in sustainable living. Many live at home, in their ‘real’ lives, with no electricity for example, and got into the hobby because they were unsatisfied with modern life. Many desperately want to revisit the old world, where there are no plastic containers, ugly labels or blinking lights around in every corner. Camp life is more simple and survivalists find it deeply satisfying and calming. Friends can come together, to spend time with each other, building a community they feel comfortable to truly play within.

“Hobby camps represent our desire to recreate and imitate in order to bring ourselves closer to something we believe to be ‘authentic.’ Despite the intentions Indianists have behind their re-enactments, the use of First Nations representation raises controversy regarding the theft of culture. While Hobbyists deeply respect and admire Native American culture, they are also aware that their actions are easily misinterpreted and may come across as offensive to non-participants.”

All images © Jen Osborne. You can see more from this series here.