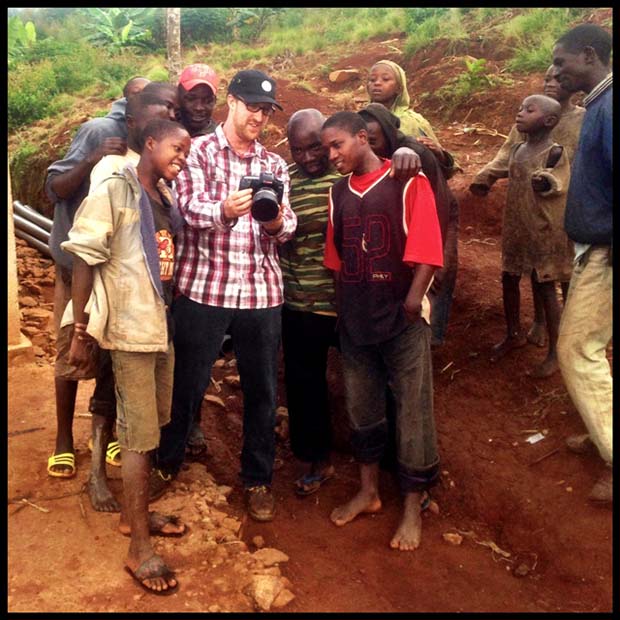 When you think of a successful commercial filmmaker, it’s unlikely the first image that springs to mind is that of a camera hovering directly above an exposed beating heart. Charley Voorhis, Owner and Director of Vortex Productions, however, isn’t your run-of-the-mill filmmaker; he’s one that cuts straight to the core of a place and its people, even when that means having his nose inches from the operating table during cardiac surgery at a Vietnam hospital. In a world inundated with imagery, Voorhis doesn’t go for the superficial but instead goes the extra mile to truly connect and tell human stories.

Based out of Washington state, Voortex Productions—which includes Cinematographer Greg Mares and Technical Director Jeremiah Higgins— has captured the essence of communities that range from the close at hand (the cities of Wenatchee, Gig Harbor, and Leavenworth) to the shores of Burundi, Costa Rica, and Haiti. Whether he’s embarked on a commissioned or personal venture, Voorhis has the patience to get to know his clients and their businesses, cities, and individuals in ways that illuminate exactly what makes them special. In an increasingly homogenized and globalized world, he seeks out that which is both unique and universal.

Getting close to his subjects (both literally and figuratively) requires that Voorhis has the gear necessary to make beautiful, personal imagery. In his bag of tricks, the filmmaker keeps a lens for any and all situations, and he never underestimates the value of a great lens (after all, it might end up mere inches away from an open heart). We spoke to him about traveling the world, making a living by pursuing his dreams, and trusting Tamron lenses to capture his journey every step of the way.

You’ve shot all over the world. What unites all of the people and places you’ve documented? Are there specific kinds of stories you’re drawn to telling?
“When I think of the places I’ve traveled, one thing I’ve found is the stories that inspire me the most revolve around survival and devotion to loved ones. After witnessing life in many third world countries, life in my small community of Wenatchee, Washington seems awfully simple.”

Could you tell us about some of the work you’ve done in smaller communities like Wenatchee and Leavenworth? What do you love about creating a sense of place through images?
“The videos for Wenatchee and Leavenworth are both really special to me because I’ve lived in both towns. I felt comfortable going into these projects, thinking I understood these communities as a whole; however, once I got more involved, I quickly learned that my own hometowns were far more dynamic than I had thought. It’s fascinating to work with the people that have helped shape the towns and the way they operate for residents and visitors. Telling stories like these requires me to step back and take a non-biased look at the towns and showcase them for what they are. Shine light on what makes them unique. It’s been key to spend a good amount of time, maybe 4 or 5 days, getting to know the town, learn the daily patterns, scout locations and watch where light moves throughout the days. The biggest compliment is when I hear from a local and they say, ‘That’s totally how it is here!’

“I don’t feel like I’m a good fit to tell a story for a community, business or group if I can’t say I understand the culture, mission and values. I want to be able to see myself amongst the people that make up that group. I’m fascinated to meet new people and learn new things, but I feel like I need to have a sense of self and closeness before I can help tell an honest and timeless story. I have a hard time thinking of my videos as marketing, though in the long run, I guess that’s exactly what they are. I’d like to think that as long as the mission, vision and values for a community, brand or group are in place, the story I help tell will be applicable to them.” 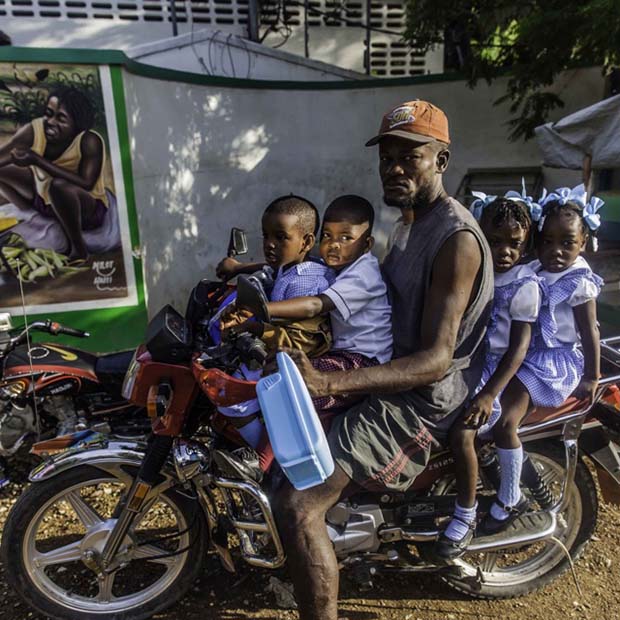 Your promotional and commercial jobs still manage to tell emotionally driven stories. Why is it important to you to have a narrative element in everything you do?
“Ultimately, I’m driven by emotion. I want to feel like there’s an ethical purpose to the videos I pour my heart into and spend so much time on. I’ll occasionally watch TV, and so much of the commercial work I see feels manipulative and gimmicky. I don’t want to trick my clients’ viewers into buying into them; I want to inspire their viewers to support my client’s contribution to the world. I don’t know that honest storytelling is necessarily the most effective, but I do believe it’s what’s most ethical. I tend to connect with clients that feel the same as I do about story transparency and authenticity.” 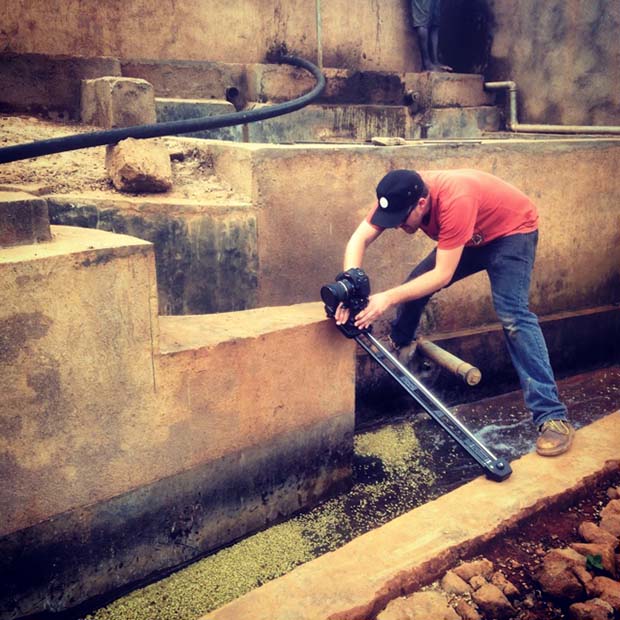 What has been the most powerful project you’ve worked on? What places will you never forget?
“The We are Wenatchee videos have been the biggest boost for my company so far. I owe a lot of the growth and recognition of my company to the trust the Wenatchee Valley Chamber of Commerce placed in me. I feel extremely grateful to give homage to my hometown. That project has given me confidence to keep moving forward.

“Aside from my appreciation for the Wenatchee series, I learn so much about myself and my eyes open a little wider each time I travel to a third world country for documentary work. I often shoot solo alongside my client while they do their work. I’ve done documentary work in Burundi, Africa, Haiti, Vietnam, Guatemala, El Salvador and Costa Rica. Each country has a handful of stories that will continually shape who I am.

“One of the most visceral moments that stands out was shooting an open heart surgery in Vietnam. I stood among heart surgeons in an operating room with my lens just eighteen inches from an exposed heart. In the midst of being flooded with hundreds of thoughts, I remember thinking, ‘how in the world did I end up here?’ Nothing in my life had prepared me to see some of the things I saw in that hospital. In moments like that, I’m reminded of the value in every healthy moment that I get to do something I love. I am mortal. Film gives me the opportunity to leave behind some of the moments that have shaped me. I hope that in some way those moments help others appreciate the world and life around them.

“At the end of each year, I cut together a reel to look back over the year. This one is called Receptive. It has a lot of footage from Vietnam, Haiti and Africa.” 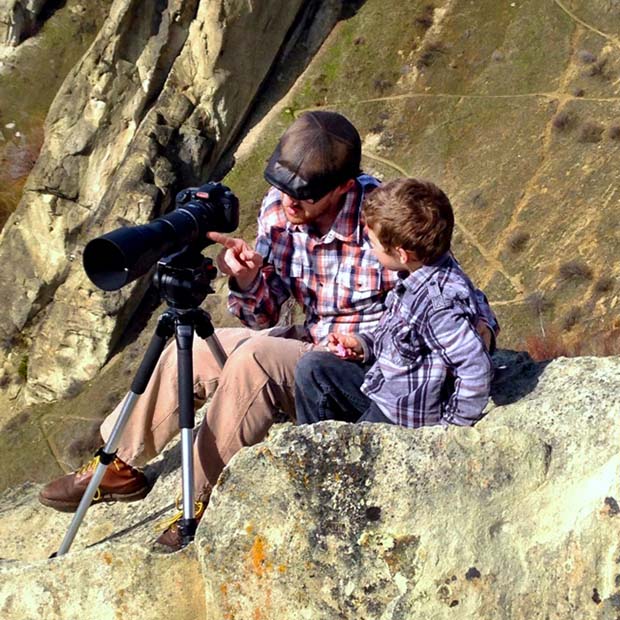 “The 24-70MM is my go-to lens for most shoots. It’s awesome in run and gun situations, both handheld and on a tripod. It’s especially great for documentary film because I can shoot a wide shot at 24MM, zoom into 70MM without moving and grab a medium shot, move a little closer, zooming back to 35MM for a portrait then zoom to 70MM for a close up, all within 30 seconds. The lens is fast; the VC works great, and the glass is extremely sharp.

“The 15-30MM has been the lens of choice for crane shots and extreme wides. It’s also great for driving shots and handheld gimbals.

“The 70-200MM is often mounted on camera 2 next to camera 1 with the 24-70MM. The two of those lenses shoot next to each other really well, especially for two camera interviews. A lot of the b-roll we shoot has a close-up take from the 70-200MM. It really helps when you want to cut to multiple angles without staging and doing repeat takes.

“The 150-600MM is always mounted on the camera in the front seat while hunting for wildlife or hiking. My thought is that most of the fleeting moments you’re hoping to capture are going to require a long telephoto, so it’s best to be one step ahead.

“The 45MM prime has been a great mobile lens for camera 3 to get handheld pick up shots. The bokeh at 1.8 is beautiful!”

What separates a great lens from a good one?
“I want lenses that are fast with a durable build quality, and stabilization is key for video. I look at other companies, and it seems in order to keep the price down, they compromise either in build quality or features. I’ve been continually impressed with both the solid build quality and the cutting edge features of Tamron‘s lenses at competitive yet affordable prices.” 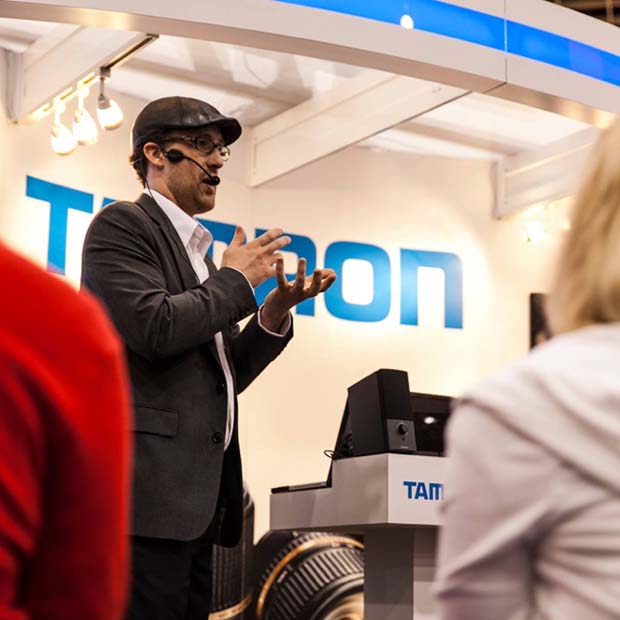 Do you have any stories about how your best lenses have pulled through for you in a time of need?
“As a filmmaker, it’s important to be able to shoot handheld in order to not miss the moment. On every shoot, the VC settings on all the Tamron lenses I shoot have given me the opportunity to capture footage I would have otherwise missed.”

How long have you been using your Tamron lenses, and what do you love about them?
“I got the Tamron 28-75MM F/2.8 back in 2004. I soon bought the 10-24MM and the 70-300MM. Those three lenses gave me the range I needed to capture everything for a well produced video, and the best part was that I could afford them. I’ve really appreciated Tamron‘s efforts to get quality tools in the hands of photographers; they’ve made it a priority to develop cutting edge products at an affordable price point. For me that was the difference of purchasing one lens or two Tamron lenses without compromising quality or performance.”

Do you have a number one favorite lens that you use most often?
“The 24-70MM has been centric to my production model. I’ve been impressed with how well it’s held up against so much use.”

What’s on the horizon for Voortex Productions? Any projects in the works that you’re particularly excited about?
“I have a third video for the We are Wenatchee series in the works that will complete the trilogy. I’m doing a ton of videos for a company called Washington Tractor, which is the largest John Deere dealer in Washington State. And I have a cinematic concert that I’m directing called Voortex Live where I’m partnering with the Wenatchee Valley Symphony Orchestra and putting on a one hour show.

“I’m so grateful for the last two and a half years, and I can only hope to keep doing more of the same. I love to shoot, tell stories, travel, teach and spend time with new and old friends. Production offers all of that. I couldn’t ask for anything more.”