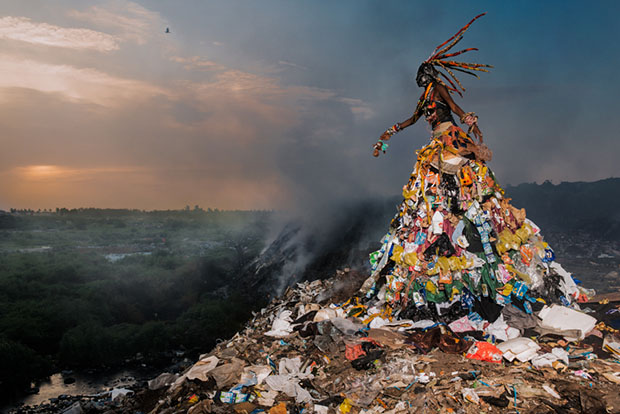 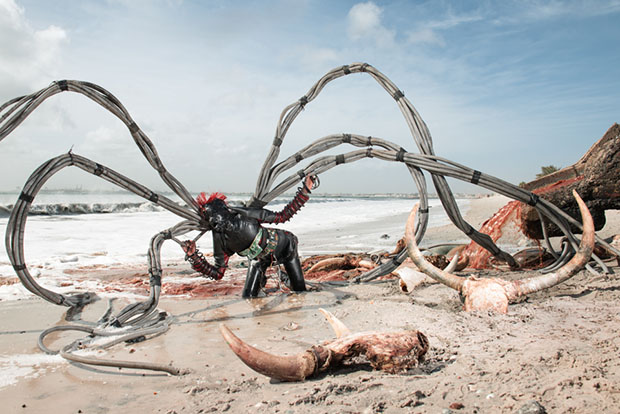 The waters of bay run red with the blood and offal from an adjacent slaughterhouse, the sand dyed black with thick oil running back into the ocean. The fish are dying, and the scent is fowl and unforgettable, and as much as the scene resembles something from the apocalypse, the end of days, it actually happened. This is Hann Bay in Senegal, a once beautiful beach now poisoned by waste and closed to the swimmers and surfers that once called it a paradise. For The Prophecy, Dakar-based photographer Fabrice Monteiro paired up with designer Doulsy and the Ecofund Organization to tell the frightful tale of pollution in West Africa (and beyond).

The Prophecy draws on African spiritual heritage to narrate a story that is at once true to life and inspired by mythology. It is the legend of Gaia, the Greek goddess of the Earth, who sent her jinn— a group of supernatural beings conceptualized by Monteiro, played by models, and outfitted by Doulsy— back to the people of Earth to warn us of impending doom. The figures, shrouded in garments that incorporate actual trash elements pulled from the surrounding environment, are at once fantastic and dread, revealing a vision of the future that is both likely and unfathomable.

The ten photographs are set in Senegal’s most contaminated areas, ranging from Tambacounda, where 70 million acres of lush woodland are razed to the ground each year, and Mbeubeuss, a waste dump that has become home to a group of disenfranchised citizens fighting for survival. As much as The Prophecy might mirror ancient fairytales, religious reveries, or scenes from a nightmare, they do indeed unveil a bitter and tragic reality.

That reality, however, is one that can be corrected, if not undone. Monteiro hopes to raise awareness about the sobering situation, about the fishing nets left behind to pollute the sea, about the heavy erosion caused by the removal of tons of sand from the shores, about the slash-and-burn agricultural practices, and perhaps most of all, the overconsumption of plastics. In conversation with The Mantle, the photographer reports seeing plastic bags littering treetops, blocking foliage entirely from view.

The Senegalese government and its future generations, along with governments and citizens around the world, carry the responsibility for rectifying the damage that’s been wrought. The eradication of plastic bags, the limiting of charcoal use, and the education of the public, says Monteiro, are good places to start. When asked whether he feels hope for the future of our planet, the photographer says simply, “We don’t have any choice; things have to change for our own salvation.” 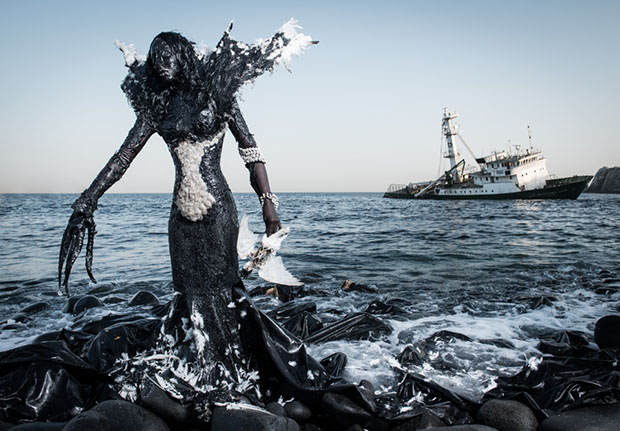 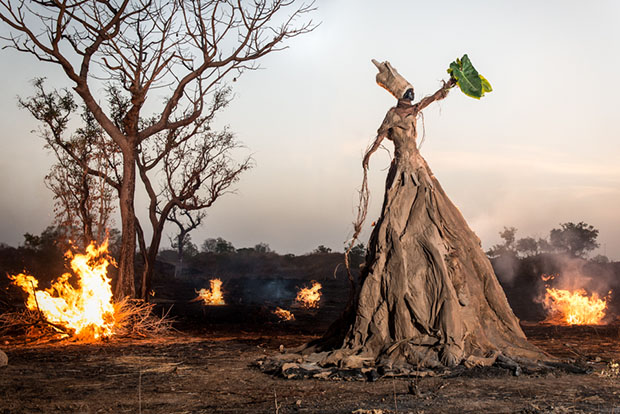