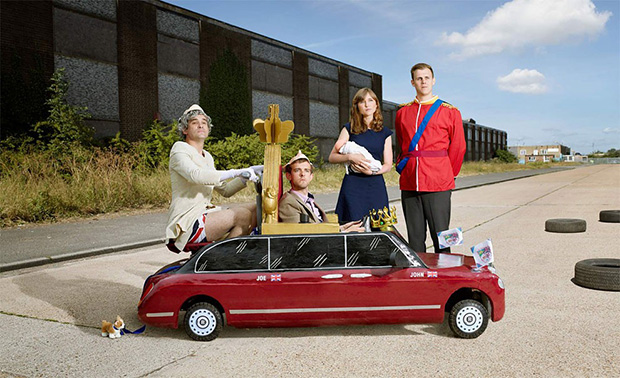 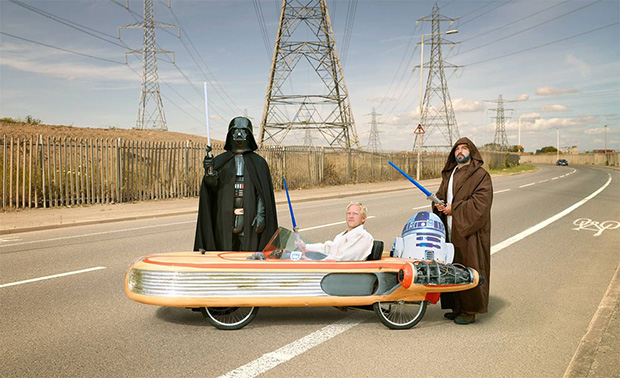 For his latest photo project, British photographer Alan Powdrill – known for capturing human nature’s quirks and offbeat observations – has focused on the individual competitors of the Soapbox Races. The event, which took place in London this summer, saw over a hundred homemade cars compete in a downhill race.

After shooting the images on a Hasselblad H4, Powdrill applied his Photoshop editing skills to seamlessly place each racer onto a backdrop to match their respective theme. An image entitled ‘Space Travellers’ shows space-suited astronauts beside their homemade rocket crafted from foil, and levitating on tiny golden tires. In ‘Royals’, we see what appears to be the Queen perched on the back of a limousine in union jack boxers with Will and Kate standing close-by cradling a plastic baby. In ‘Star Wars’ a grey haired Luke Skywalker sits proudly in the helm of his spaceship race car as Darth Vader, R2-D2, and Obi Wan look on bearing lightsabers against a backdrop of pylons and extra-terrestrial terrain. By shooting each racer individually, the photographer encourages us to appreciate each car, costume, and theme, which he effectively brings to life in every frame.

Powdrill’s series The Soapbox Racers is also humorous in that it toys with our own grown-up fantasies of cosplay. The stiff poses, fill-in flash and reworked backdrops heighten the sense of theatricality, and each subject seems to play their part with just the right degree of seriousness to offset, or perhaps intensify, the silliness. 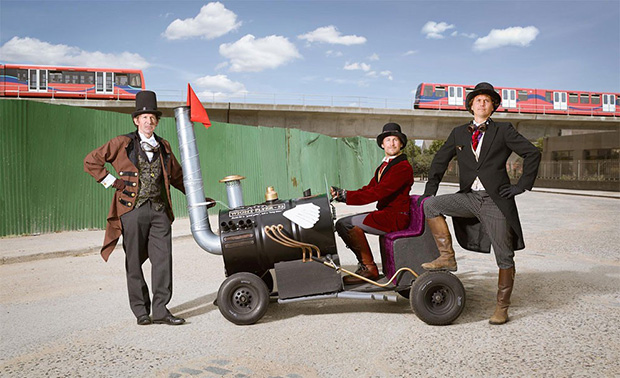 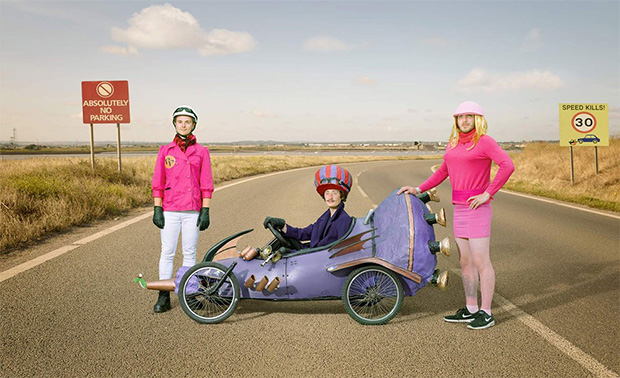 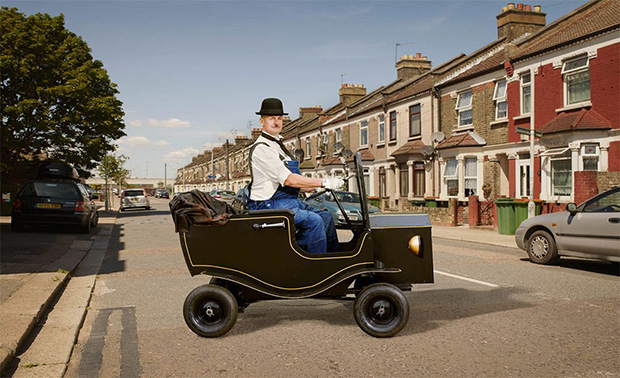 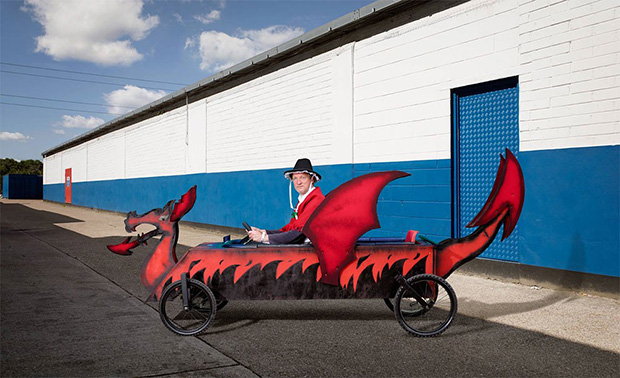 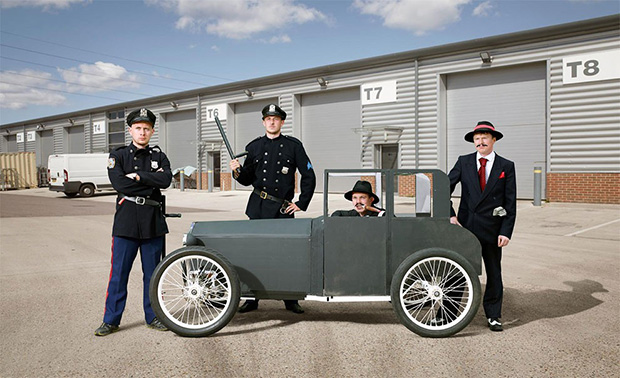 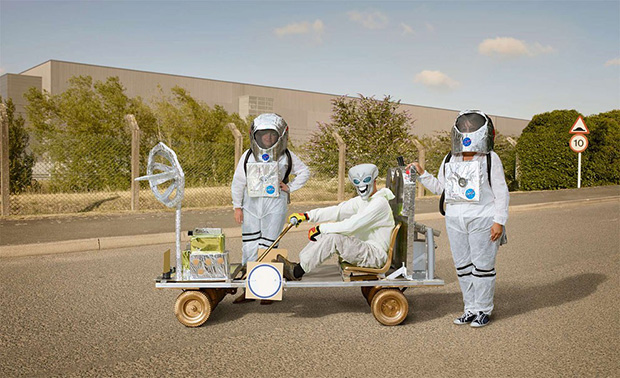 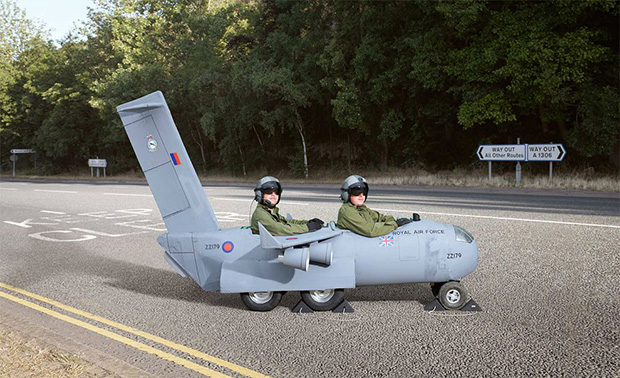