The Vanishing of the United States Postal Service in the South 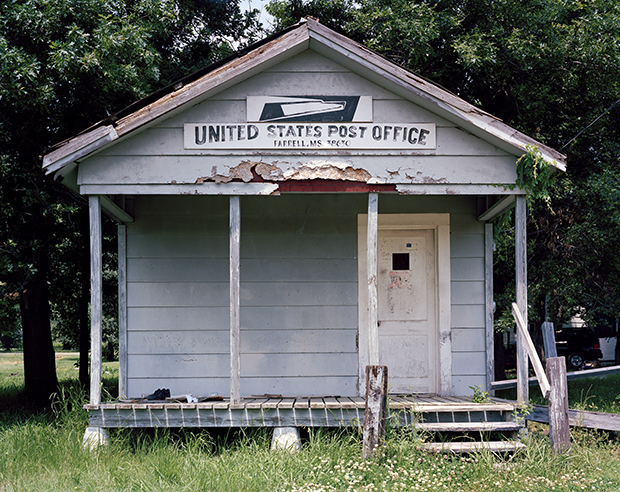 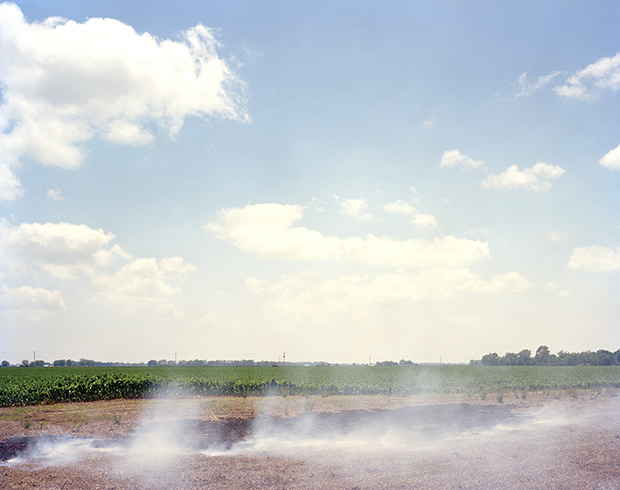 In “Post Script,” photographer Rachel Boillot‘s work about the gradual disappearance of the United States Postal Service as seen in parts of the South, she is speaking about two fading systems: that of the decline of the American postal service and that of the analog film process.

“I was initially intrigued by the dilemma of the Postal Service because of the parallel to my own field,” Boillot says. “Like the letter, the analog photograph seems threatened at present. Digitization has rendered aspects of my own practice obsolete—even entirely extinct.”

As the postal service continues to see budget cuts, shifting market needs, and consumer interest change, Boillot has been documenting the fading symbols of this 200 plus year-old institution by turning her lens on the old post offices, small towns, and empty mailboxes as seen in the South. Boillot notes that “the closing of rural post offices is a national (and international) concern and not just unique to the South; Rural Swiss communities are experiencing a similar crisis,” she says, but “states like Maine and Missouri are hit hard by this, too; not just Arkansas.” Boillot limited herself to the South to “employ a system of constraints on the work in order to actually execute a bear of a project.” We spoke with Boillot about her approach to powerfully nuanced image-making, the shifting landscape of the US Postal Service, and a few more questions that touch upon questions of ‘old’ and new systems, film and its processes, and the South. 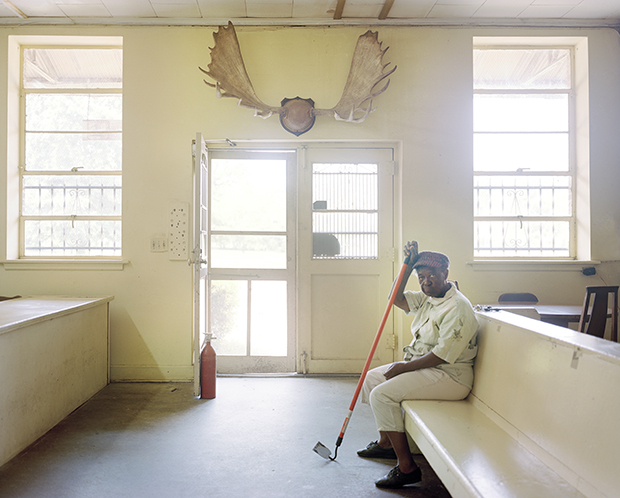 Can you talk about the connection that a small town has with their postal service?
“It is both about a connection beyond and a metaphor for the identity of place. The post office serves as town center in rural communities. Often acting as a town’s sole address, this location embodies the numerical identity of place; without its presence in the landscape, a ZIP code is lost. ZIP codes and post offices testify to the existence of a community on the American map. Their deletion both matters and doesn’t. In spite of these losses, residents remain anchored in place. In spite of post office departure or a vanished code, the home stands. Attachment to family land lingers and is rooted far deeper than digits.

“Feelings about it all vary from person to person, place to place. Many feel slighted and excluded without a postal presence. Others are just as glad to exist without a place on the map and intervention of federal bureaucracy. In Cook Springs, Alabama, the populace was generally thrilled to regain the now vacant post office and turn it into a locally led town flea market.

“I still found that most were dismayed to lose an essential gathering place and its role in their daily routines and conversations. The postmaster or mistress was something of a local arbiter. They knew that if someone didn’t come for their mail on a given day, someone ought to go check on them—something might have happened on the farm, some local citizen might be endangered or in need of care. For many, it’s their one daily trip to town, one which they relish. It’s an important moment of social engagement as stories and confidences are shared over the P.O. countertop.

“Without a local P.O., town residents might have to drive as much as thirty miles on the mountainous, poorly paved roads near Harlan, Kentucky, spending their precious little gas money—even to receive medicine for veterans that is only available by mail.” 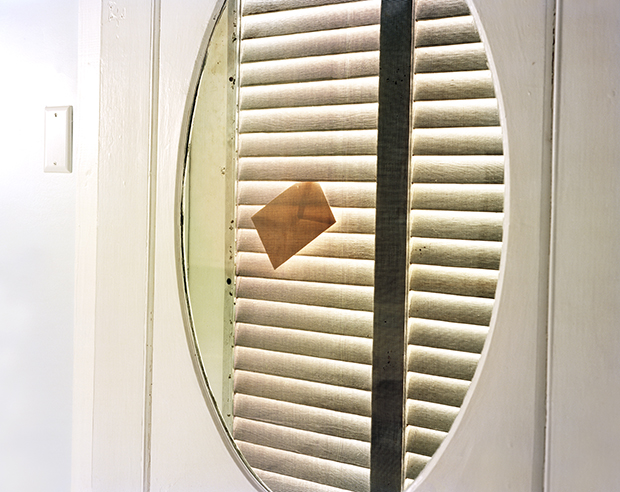 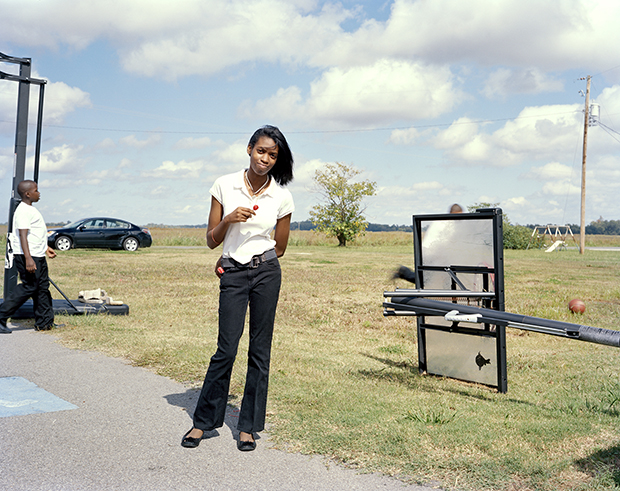 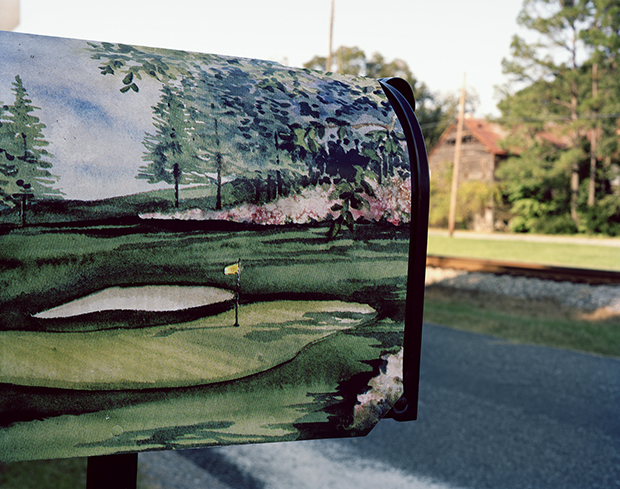 What did you learn (about the people, the community, about yourself) while making this work?
“It became my introduction to the rural South, a landscape I now adore and continue to linger in. I grew up in the suburbs of New York, with a brief childhood stint living abroad in Singapore. Coming from the urban and suburban Northeast, I had never really experienced a truly rooted sense of place – the almost feverous attachment to a homeplace that is bedrock to the communities seen in this work. A disproportionate number of closing post offices are located in the South. So, what is a national concern is most firmly embedded within this soil. The rural South has undergone great changes, far greater than I can detail here, over the past century, really. The closing of the post office is but one window onto that story (or stories).

“As I traveled, I learned of cultures and stories now embedded within my visual vocabulary, but not fully divulged within the confines of the frame. But what exists beyond the frame has forever broadened my own mental landscape.” 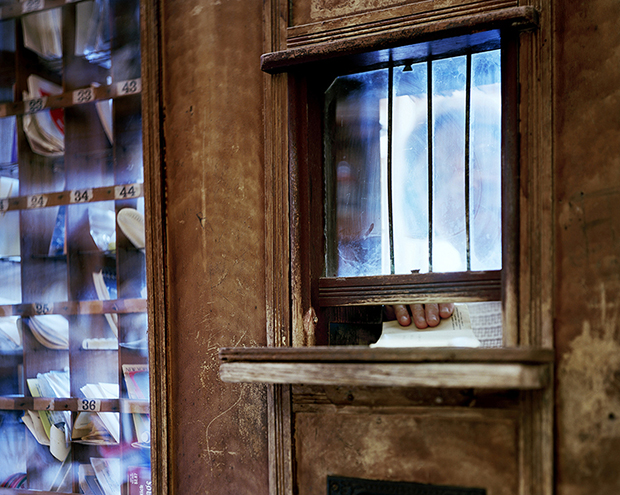 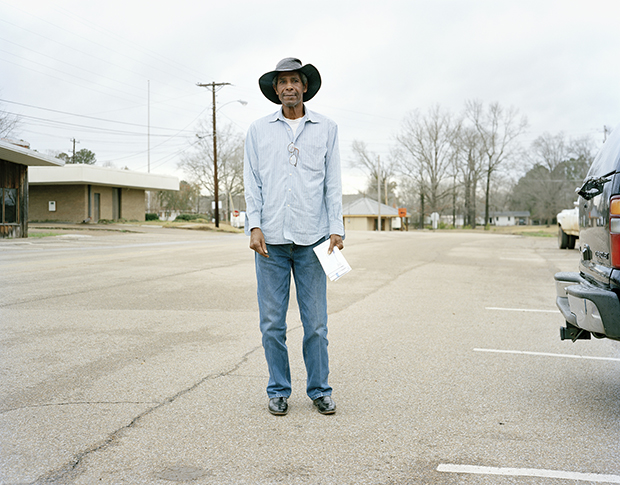 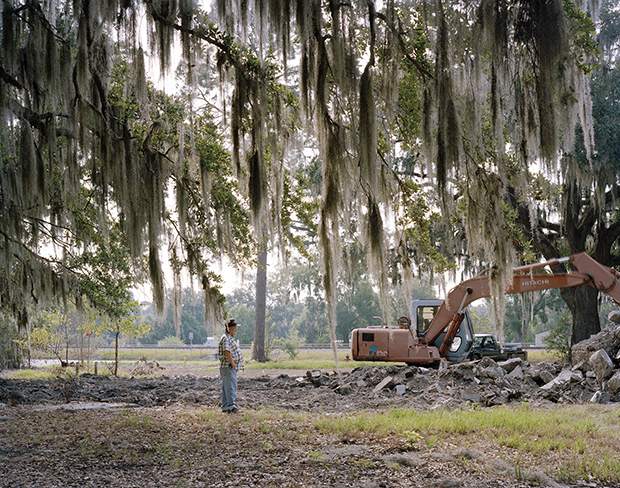 Can you tell me about the weeping willow tree image?
“I met Jack, who is both the Postmaster and Sheriff in his south Georgia community, because two little old ladies called the law on me while I was photographing the post office. Every photographer gets the police once in a while; I’ve had several encounters. This one was some different, though. The women peeking through their shades across the street weren’t so concerned with my taking pictures of the post office. They just thought I was a missing girl they had seen on a milk carton! I look young for my age and was clearly not a local. They called Jack to reclaim said missing girl. Once the confusion was resolved, I spoke with Jack, followed him on his daily duties, and photographed him at the construction site he was overseeing adjacent to the P.O. one town over.” 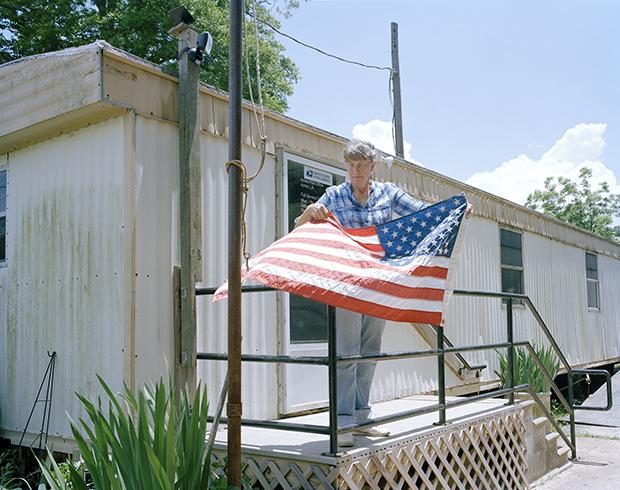 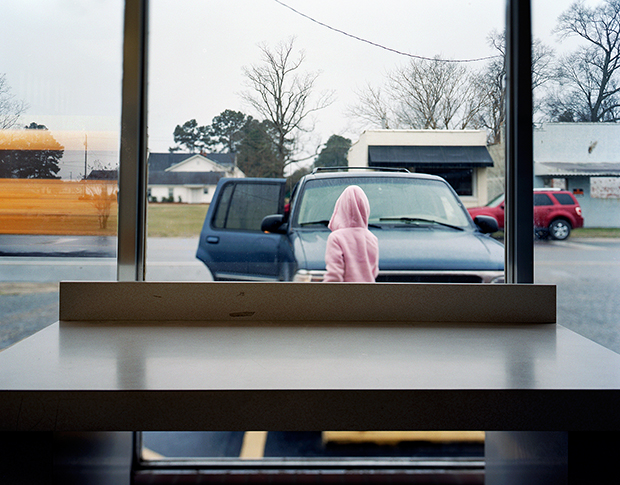