Queer Photographer Explores the Ambiguities of Femininity and Gender Identity 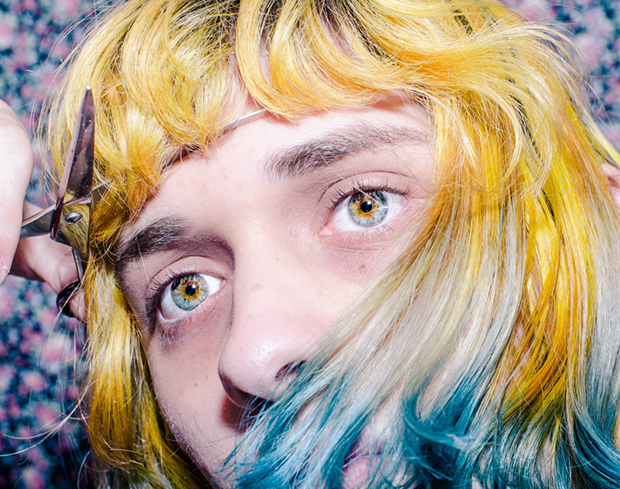 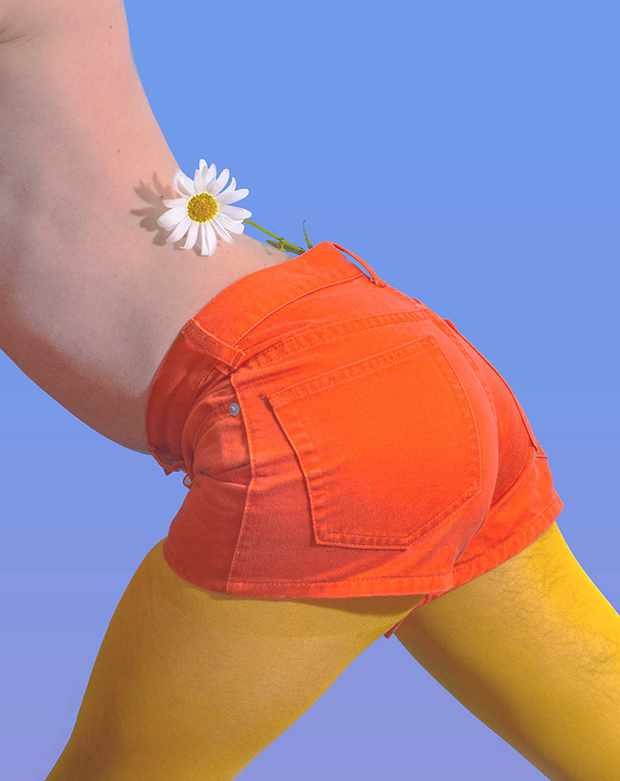 It’s sort of hard to say exactly what drives Hobbes Ginsberg‘s work in simple terms: but for the most part, the photographs and pictures serve as a kind of visual diary. This kind of concept is not new, but the intent with which Ginsberg photographs, as well as the kind of unique aesthetic concepts, make it hard to avoid. Distributed throughout Ginsberg’s photos are the kind of things you’d see showcased during a youtube “what’s in my bag” type video. Other photos resemble something closer to a messy bedroom after one hasn’t left it for weeks on end, or maybe the messy pastel leftovers on the table after a dinner party with friends. These kind of sentiments stretch across Ginsberg’s work, which despite these persisting interesting visual collages, often evolves into stunning, telling displays of self-portraiture. In many of the photos, Ginsberg is the prime focus by way of intriguing self-portraiture. Nonetheless, Ginsberg is always the subject of the photo whether she’s visible in it or not.

“I’m queer, but not trans. My pronouns are they and she” says Ginsberg in a short video interview. A lot of Ginsberg’s work touches on the things many other people find to be powerful, but in an inspiring way – finding “glamour” and purpose/power in visual narratives beyond the capitalised constructions we see everyday. Ginsberg is a high concept glitter queen, but don’t think that it’s disingenuous. If our society forces us to identify ourselves, to box ourselves into definitions, then we might as well have fun with it, make it something we can play with, and try to destroy those pressures from the inside. Identity is a central theme of Ginsberg’s work, and there is the ever consistent undertone of survival, of self-preservation. In one particular self-portrait there are blinding arrays of corresponding colours while the focus is entirely on the photographer’s eyes. It feels like they’re looking deeper into yours than you are into theirs. It’s a compelling look at mental illness, gender identity, and colour theory stitched together.

The idea of self-ownership that Ginsberg explores is tied in with a lot of concepts of femininity and martyrdom. In a way, Ginsberg is not unlike the work of Australian photographer Jack Mannix or Phebe Schmidt, but mixes those individualised styles with iconic 90s aesthetics that David LaChapelle would have favoured. It crosses the line between “authenticity” and “inauthenticity” spectacularly, making us, the audience, question whether those concepts are ever really relevant in a society that so often asks us to define ourselves. At this point, it’s become hard to tell given the advent of the internet, and Ginsberg takes that with both hands and shakes it until something is produced. 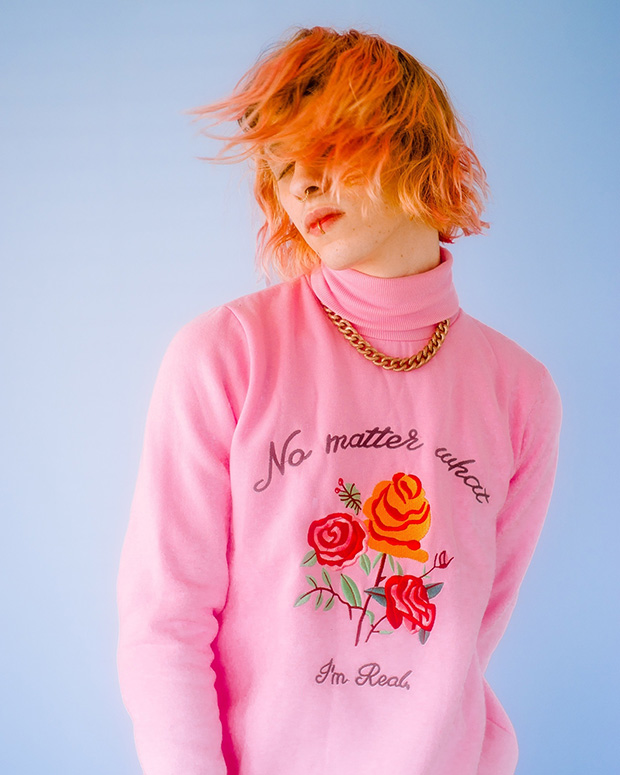 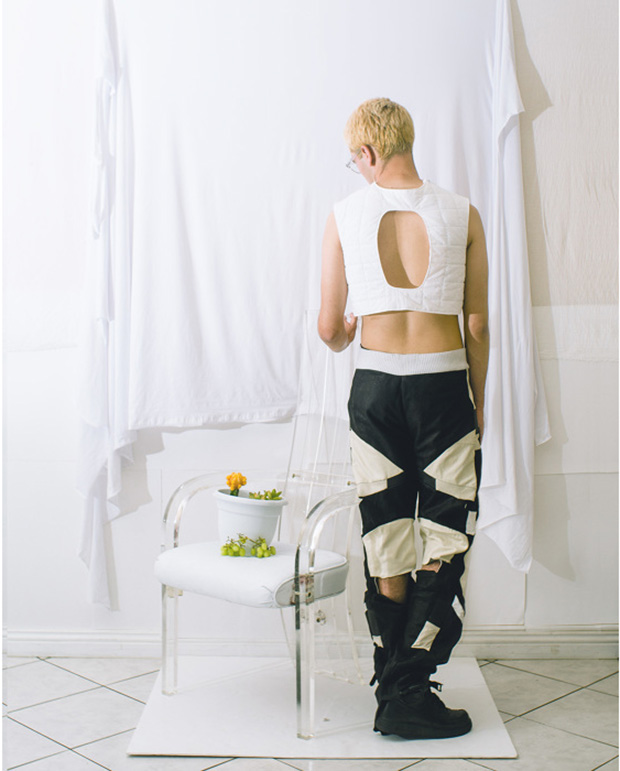 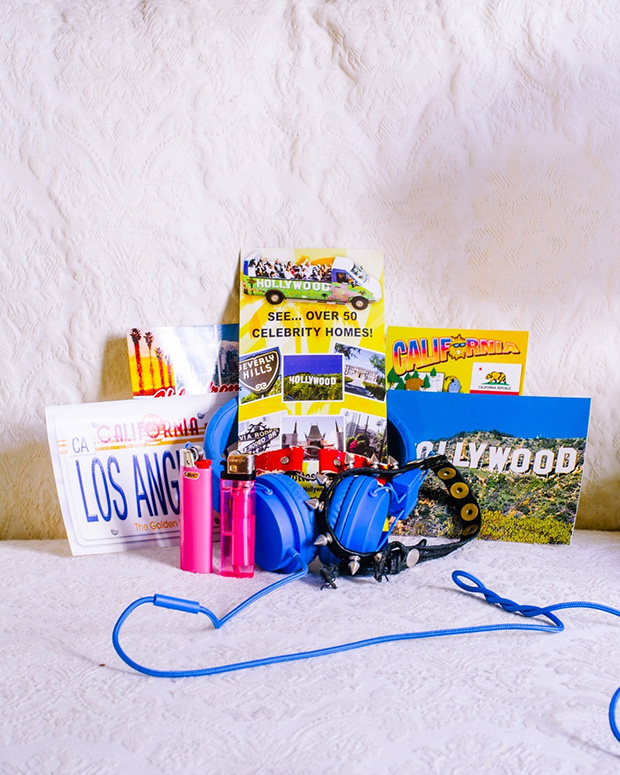 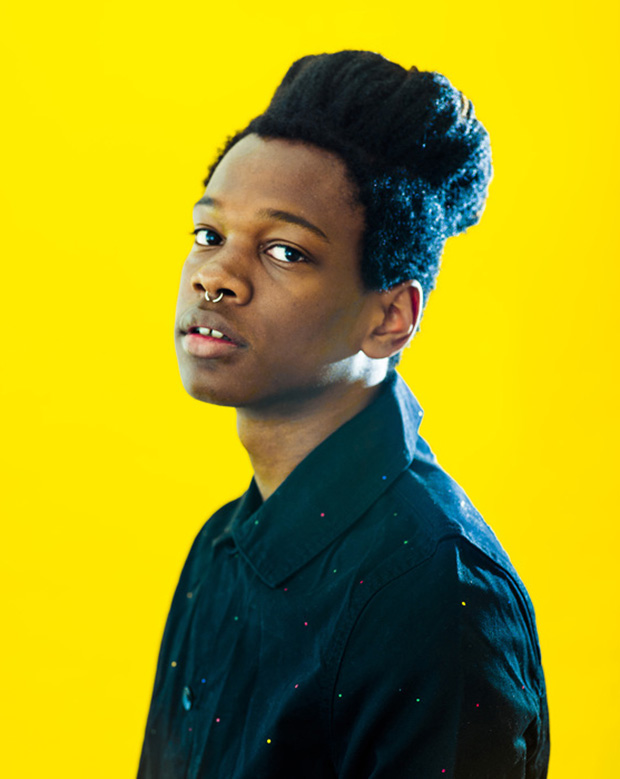 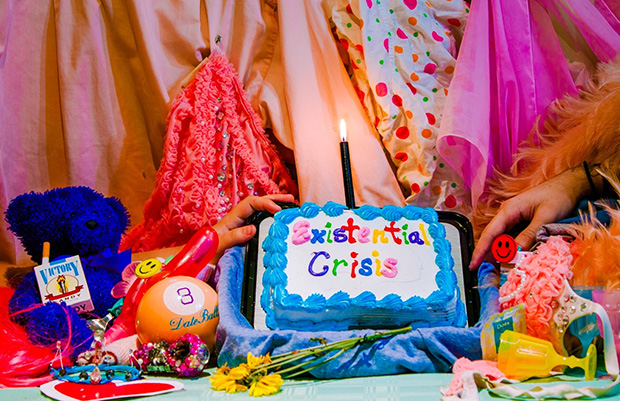 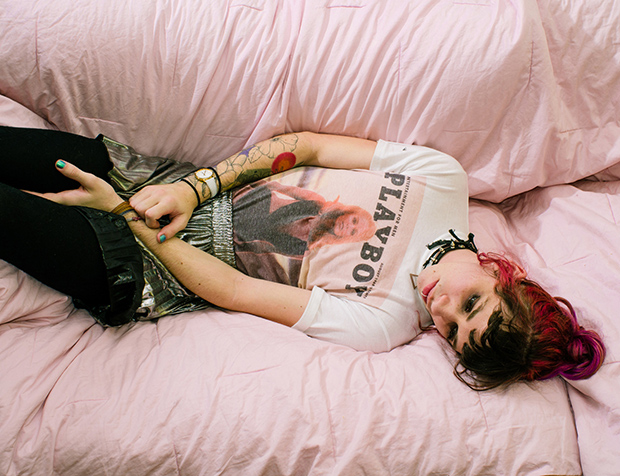 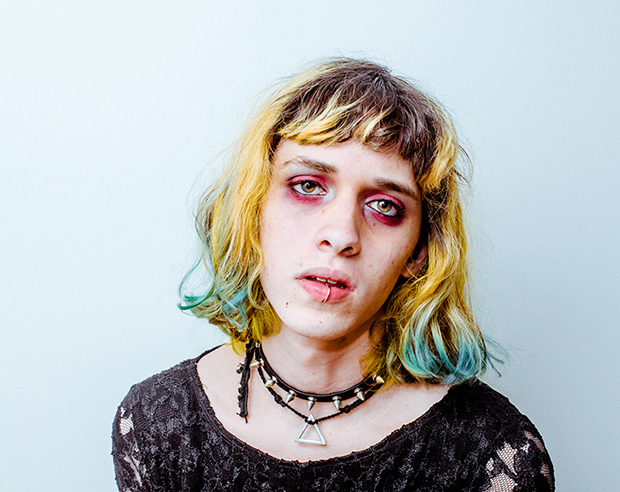 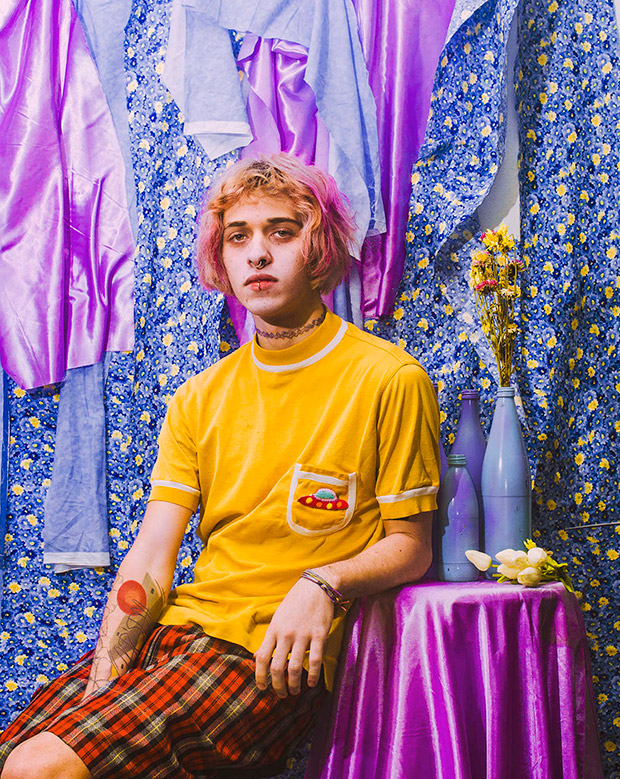 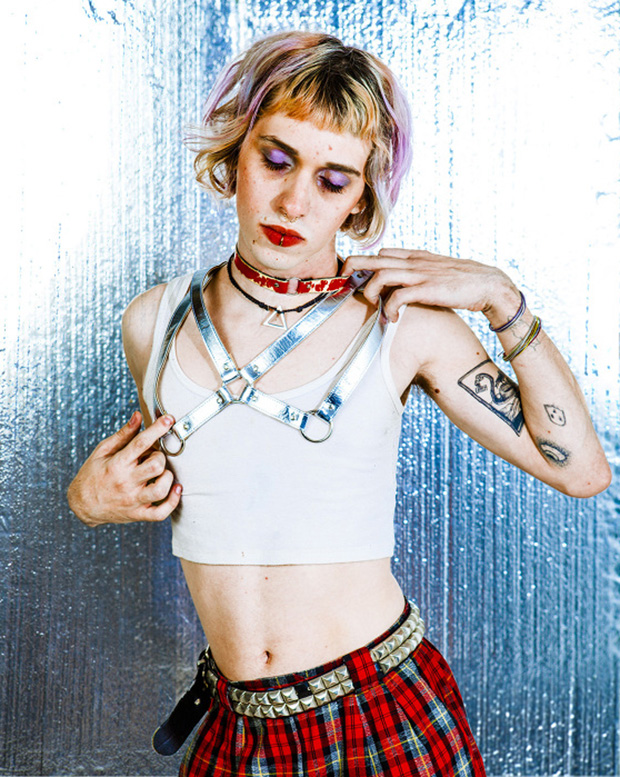 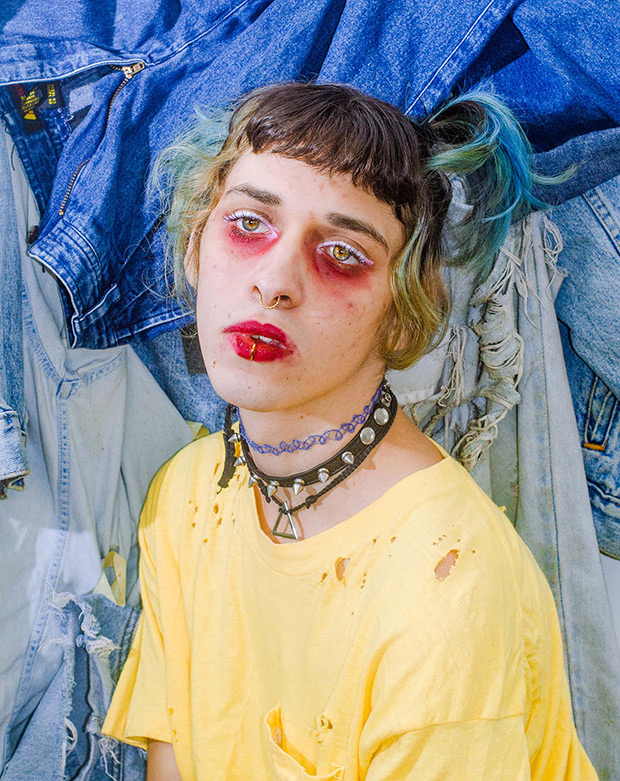