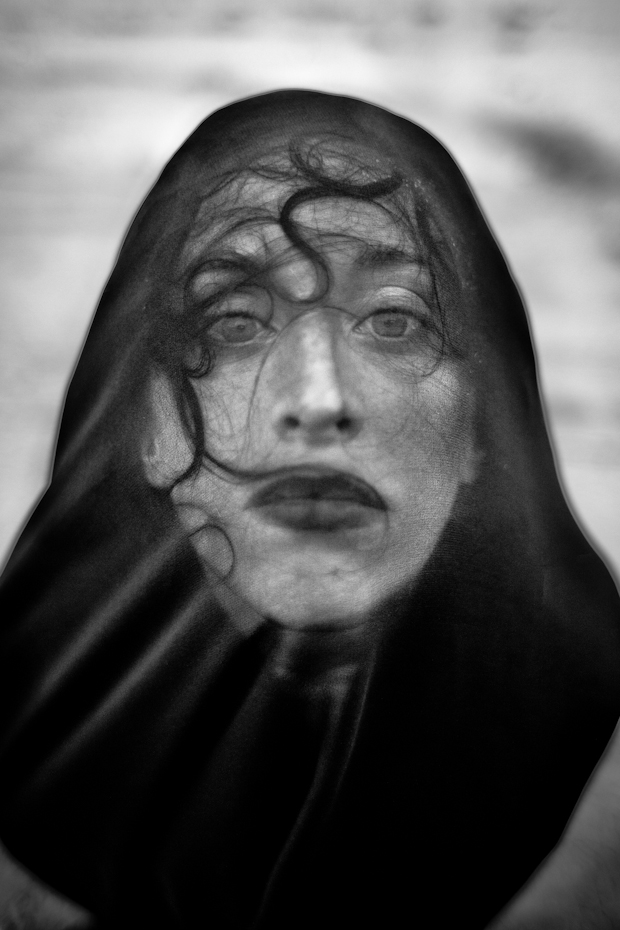 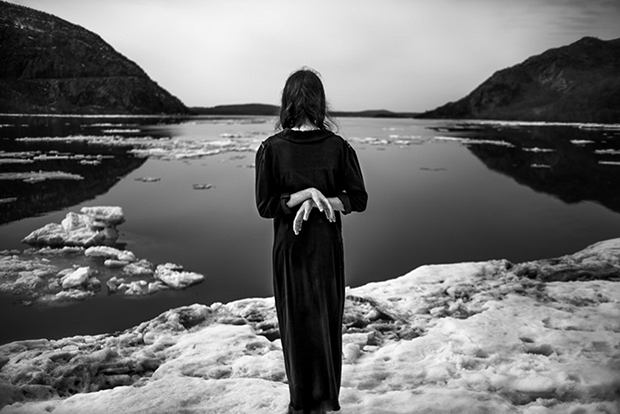 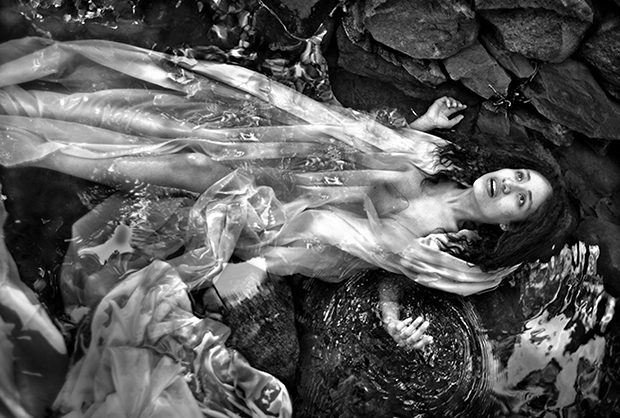 An important part of Nashalina Schrape’s past belongs to her German roots. Born in Berlin, her grandmother burned all the photos of her grandfather in his SS uniform (“Schutzstaffel,” meaning protective echelon founded by Adolf Hitler in 1925) before the invading Russian Army could associate them with herself and her daughters. Schrape says her photographs in True Fiction exist in this space between her family’s memory and reality. “I attempt to bridge the disappearance of the image of my grandfather and him to the representation of my family’s story and every person’s story that is at once a myriad of feelings and laden with emotional material mostly outside the possibility of verbal articulation.”

The titles she uses in True Fiction reference her German roots, including old German names inspired by several of her relatives names. Schrape situates her subjects in thick, snow-covered forests posed before the viewer with a mysterious, trance-like gaze. Germany has long been associated with its dense forests including The Black Forest in southwest Germany and Schrape uses this connotation in her series. “It is in the journey into the beautiful dark forest that we find ourselves and the hard cycles of life. It is in the not knowing and the in between spaces that we meet ourselves.” Some of the titles in her series seem contradictory. “Kresszenita,” old german name meaning to “spring up, grow, thrive” shows a very old and frail man while “Zander,” old german name meaning “defender of the people” depicts a baby. Schrape believes  this farce on word and image challenges viewer perceptions as fairy tales do. “Often we only look at the surface. But, it can be the animal or very young child that is wisest or showing the most compassion. Or it is the poor that are the richest, emotionally. I am looking for those contradictions.” 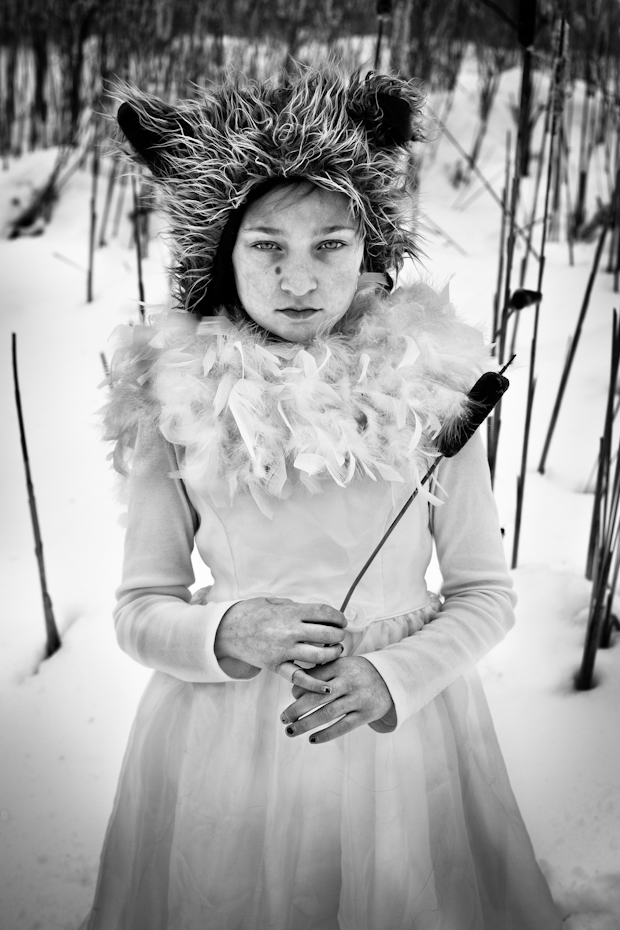 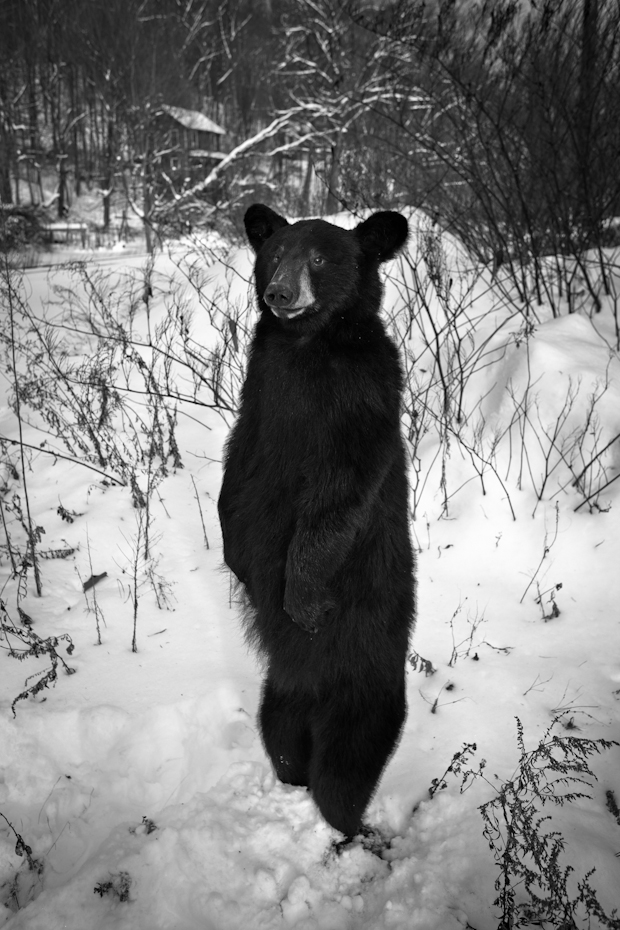 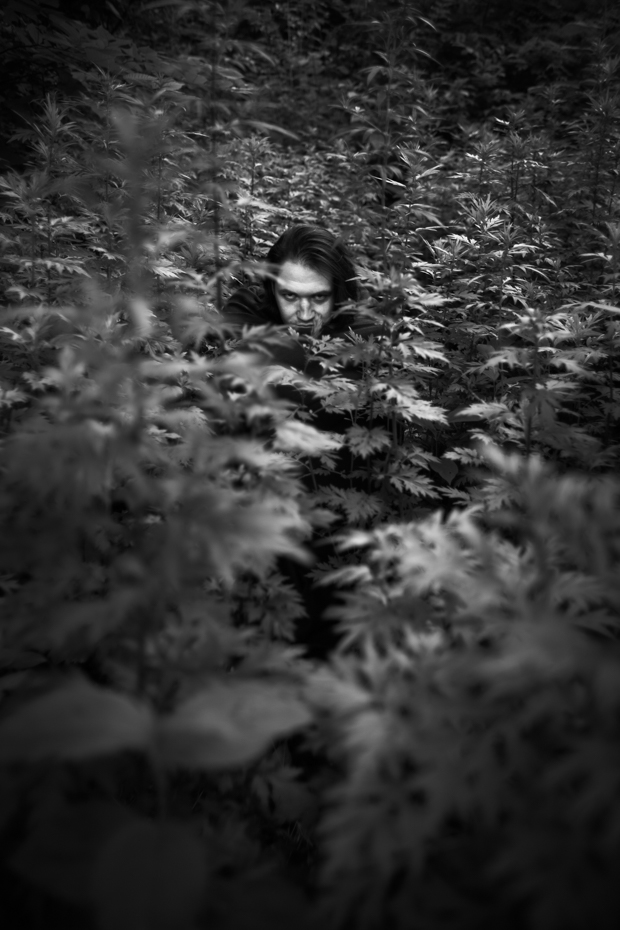 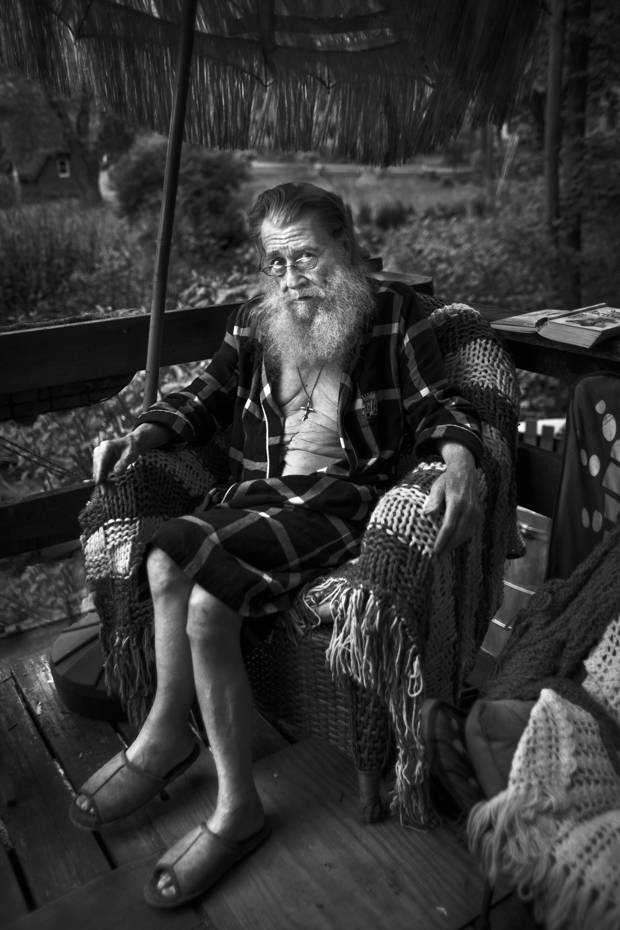 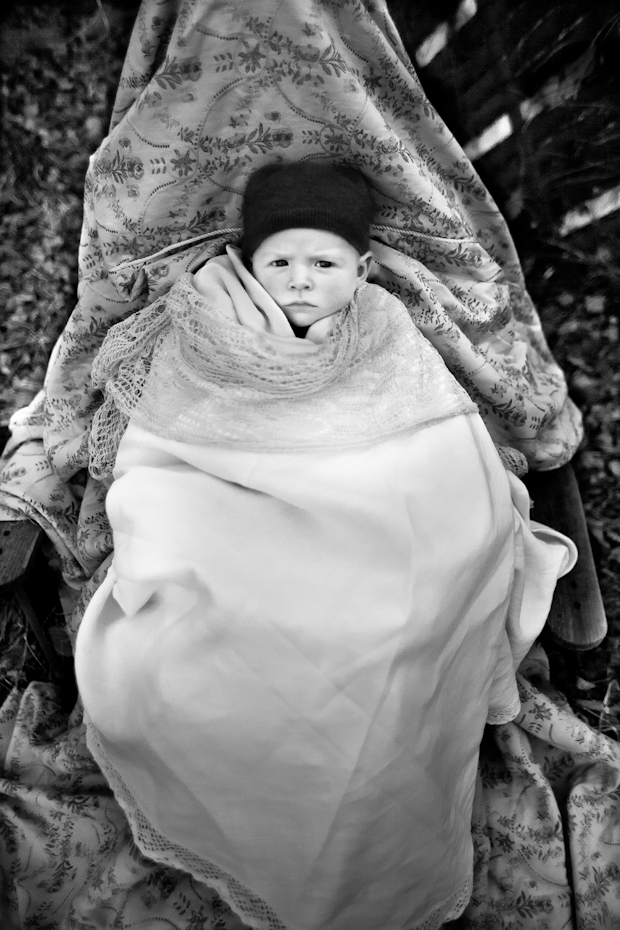 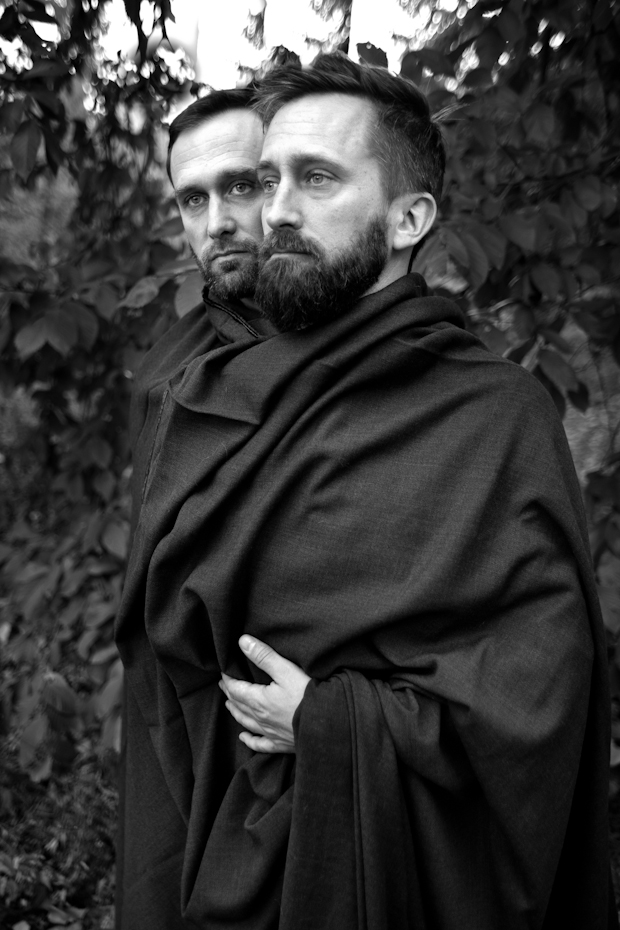 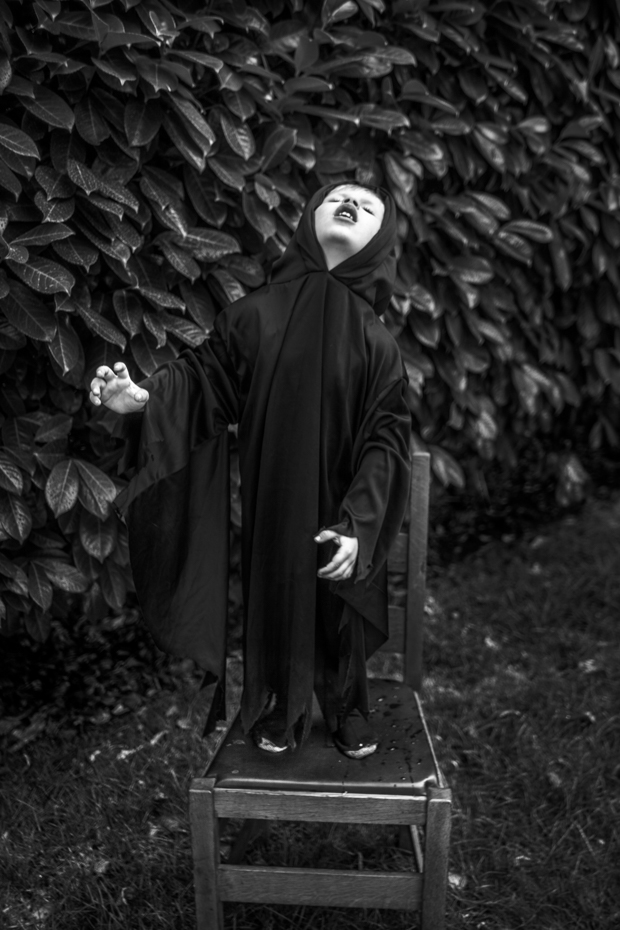 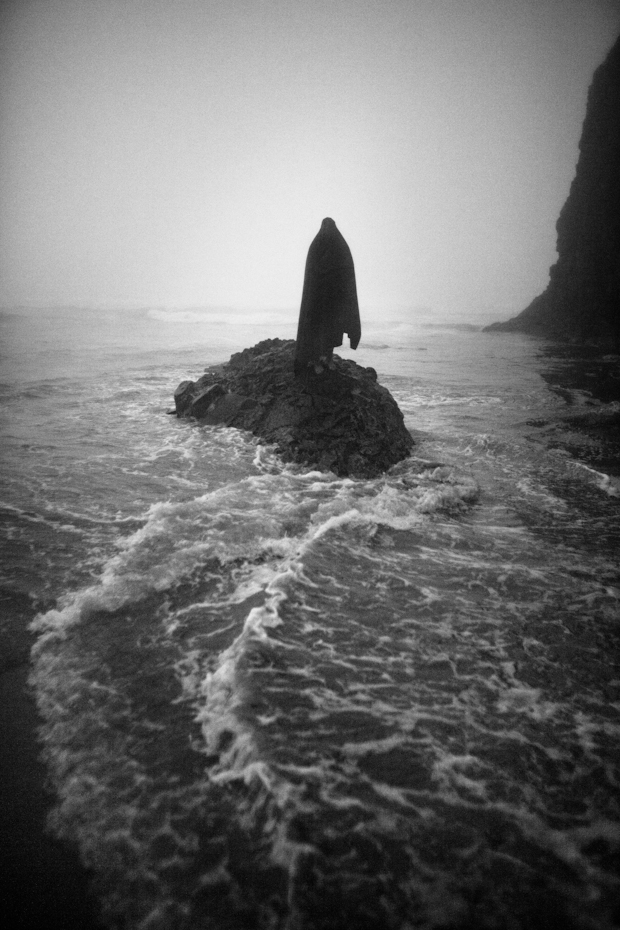 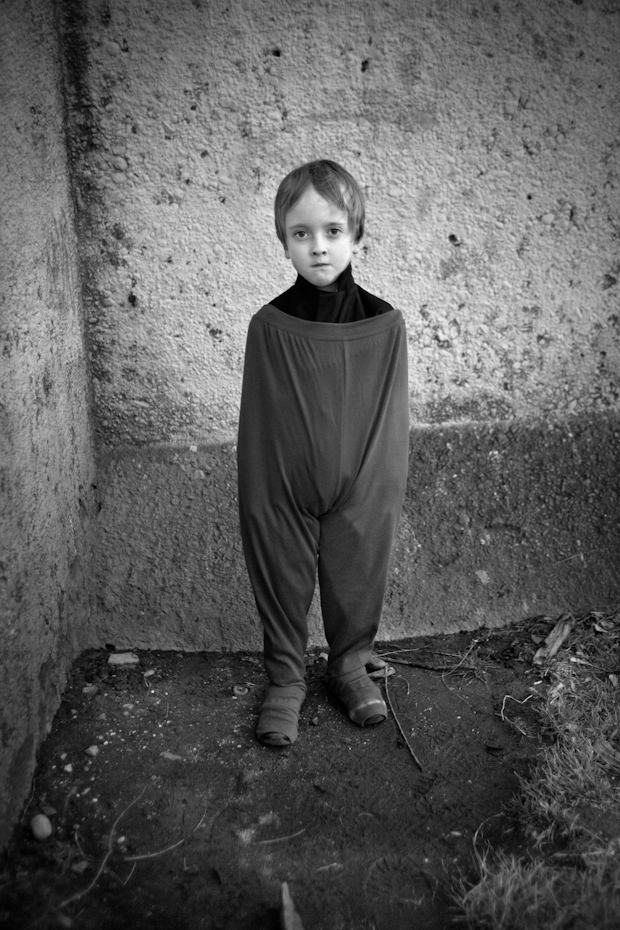 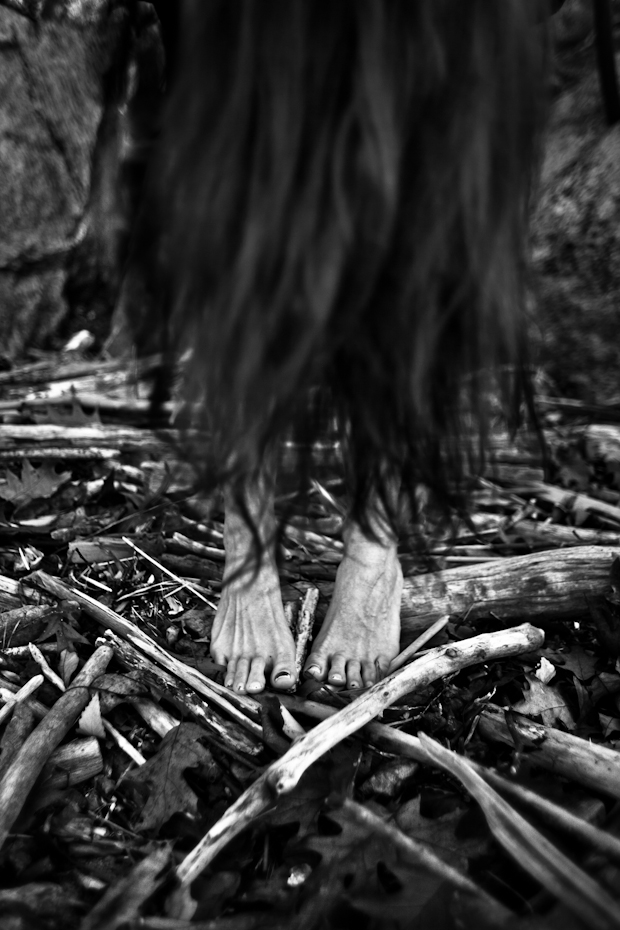