Portraits of Backpackers Living in a Tiny, Hidden Hotel in Tokyo 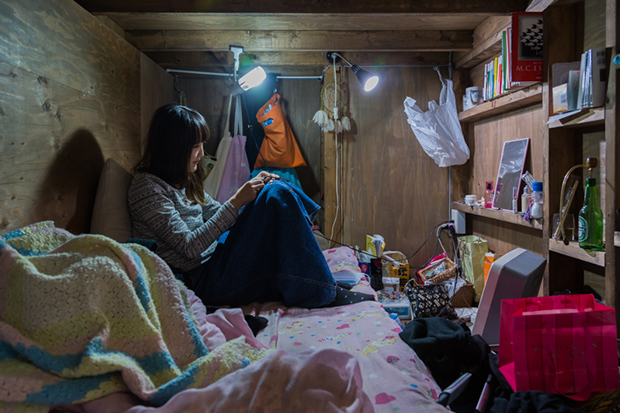 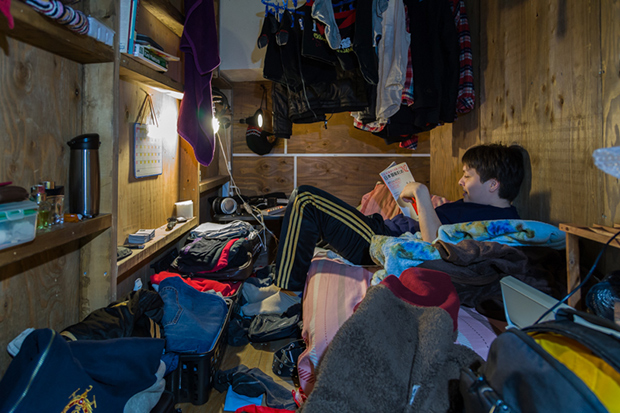 Almost two years ago, the photographer Won Kim was back-packing across Japan and passed through Arakawa-ku, a ward in northeastern Tokyo. There he ran into a tiny hotel which was set in one of the larger buildings that lined the street, with no signboards to guide you there, it was almost hidden away. Kim immediately fell in love with the unusual vibes of the establishment, which was like a home to people from all over the world, unlike the typical homogenous societies in Japan – he was determined to revisit this space.

In November 2014, he returned to the same backpacker’s guesthouse and took up residence there for a couple of months. Soon, Kim began to befriend his neighbors, giving them the time and space to allow him to work with his camera inside their small rooms. “I have a fetish for a womb-like space,” Kim told me – it gave him a feeling of security and comfort, not confining in any way.

Over the time Kim spent in the hotel, he met with various people and witnessed how each transformed their temporary lodgings into spaces that reflected their individual dispositions, “full of possessions, often complete with hanging wardrobes and improvised bookshelves—even “decorated.” Of these, some are neat and orderly and others are chaotic, with personal items strewn everywhere. In each case, the sharply-defined space and its contents tell something about its occupant’s personality, and his or her ability to function in such a strange, enclosed environment” Kim wrote. While he began planning this project a year in advance, Kim could not have anticipated the process of getting people’s permissions to photograph, which was indeed pivotal to a project of this kind. In return, he gave a 15-minute shoulder massage to each person who agreed to be photographed – the simple pleasures of the uncomplicated traveller.

Won Kim’s series Enclosed: Living Small, records the private folds of more than 20 different people in Tokyo, which is telling of the efficiency inherent to the Japanese lifestyle of living in small spaces with minimalist tones. 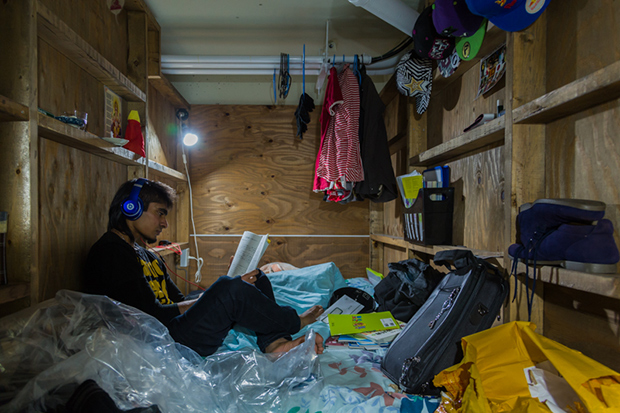 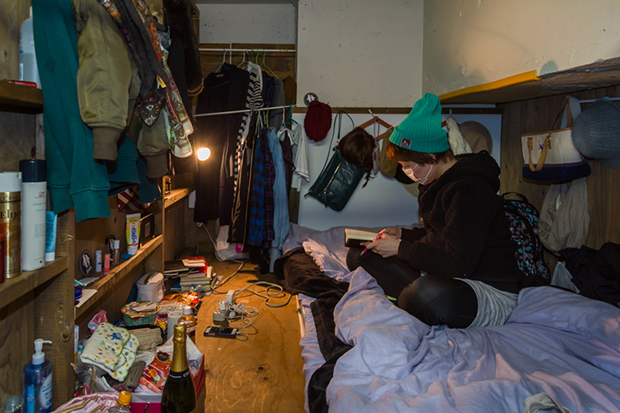 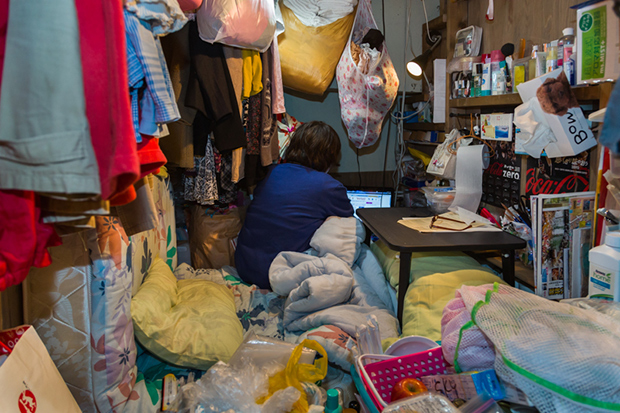 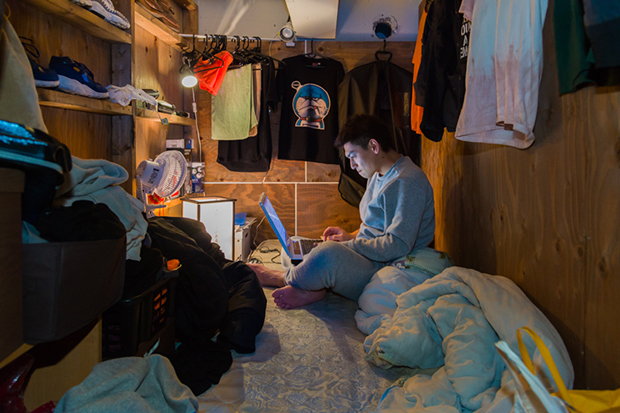 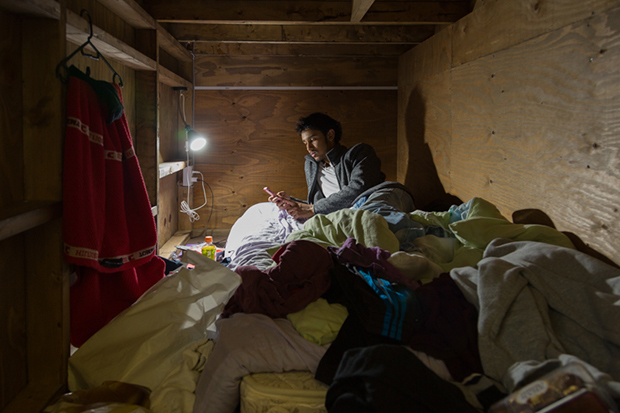 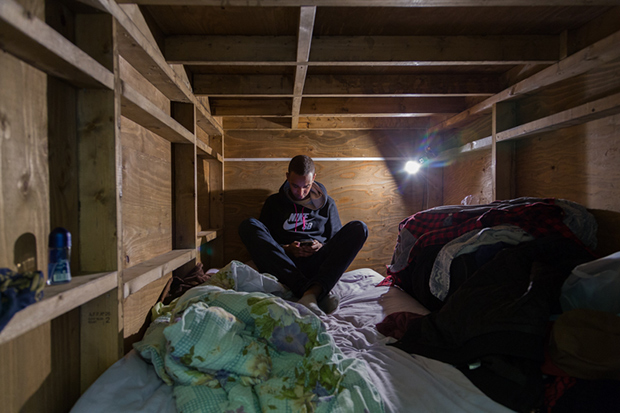 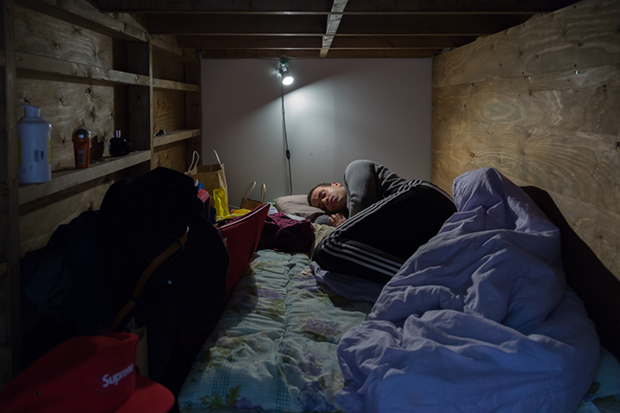 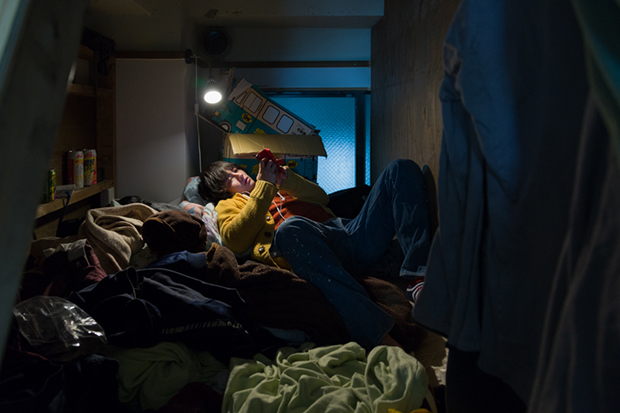