Photographer Petros Koublis Discovers a Mysterious (Non-Touristy) Side to Santorini 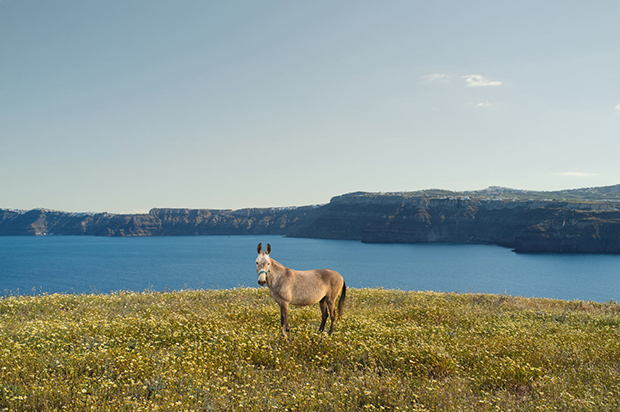 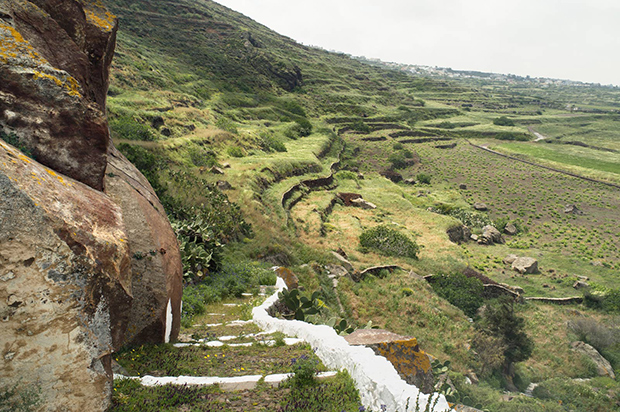 Santorini, Greece is world-renowned for its beautiful beaches, breathtaking scenery, ancient cities, and its location in the Aegean Sea. The most popular images of the island are of its whitewashed cubical houses that scatter its steep and rugged caldera, formed from an enormous volcanic eruption in the sixteenth-century. Greek photographer Petros Koublis reveals a different, more mysterious side to Santorini in Vedema: a fire harvests the stone. Koublis’s photographs capture the nature and origins of Santorini through the prism of Greek mythology. Koublis states, “The series investigates the traces of the island’s volcanic origin only to reach for something more personal and universal; our very own origin.”

Koublis explores the mythical drama of the island beginning with the Greek myth of Euphermus, who dreamt he made love to one of Triton’s daughters. Euphermus created an island in his dream as a safe place for the pregnant nymph to give birth. Koublis’s island landscapes focus on the naturally occurring caves, crevasses, sandy spines, and dark lunar soil that he interprets as nature’s hieroglyphics attesting to the island’s origins. Stoic horses and mules appear in several of his landscapes. Koublis says that the horses spiritually resemble their mythological ancestors who carried the chariot of god Helios, the ancient personification of the Sun. Koublis states, “Animals are our link to nature, secrets that we as humans have forgotten, as if their presence challenges the principles of our very wisdom.”

The photos propose a narrative through the sentences below the titles. He states that the images and sentences are like pieces of a puzzle. A different order brings about a new interpretation while inviting the viewers to harness their own feelings and thoughts while understanding the abstract language of photography. Koublis’s photos now hang in the prestigious Vedema, a Luxury Collection Resort. 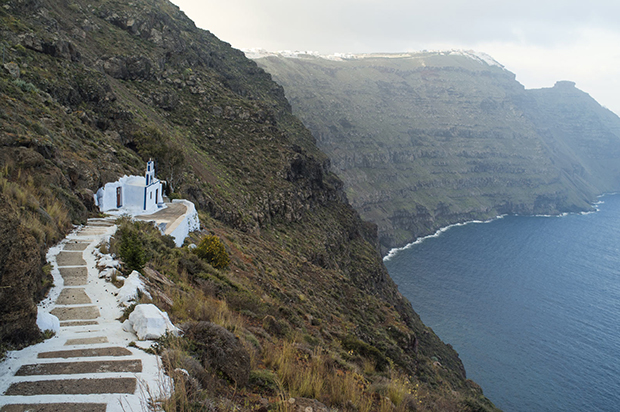 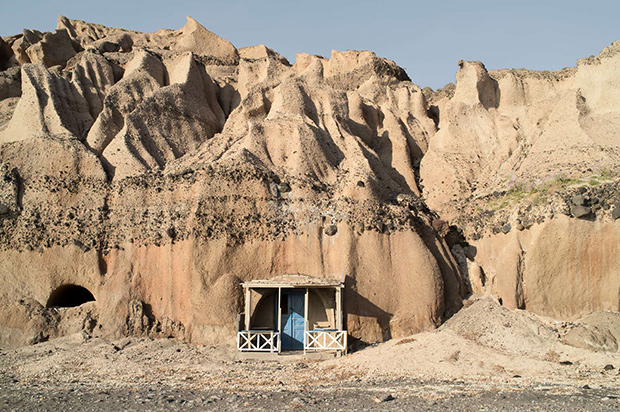 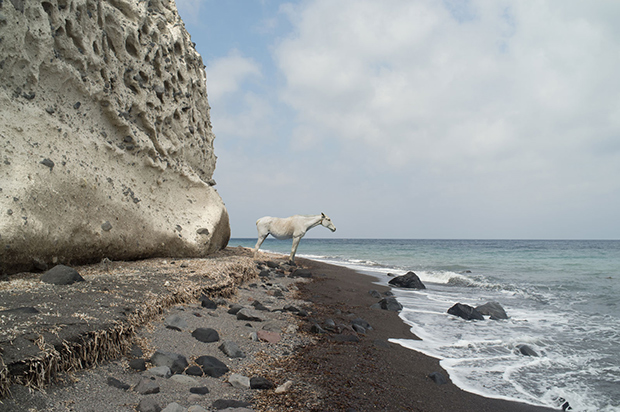 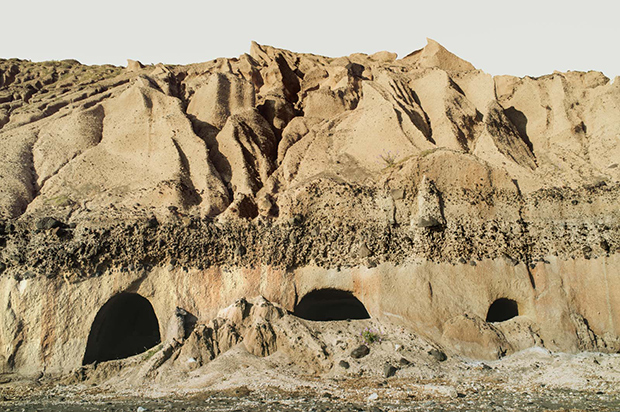 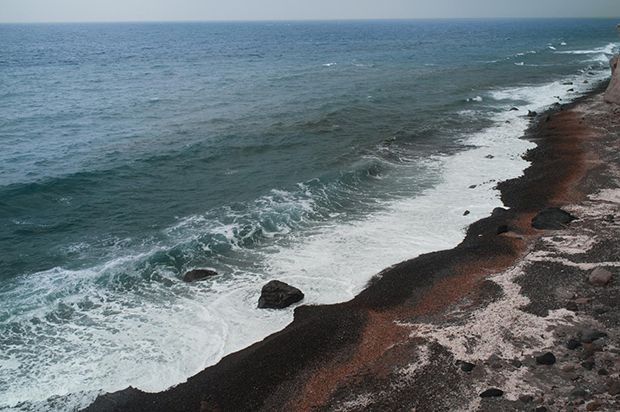 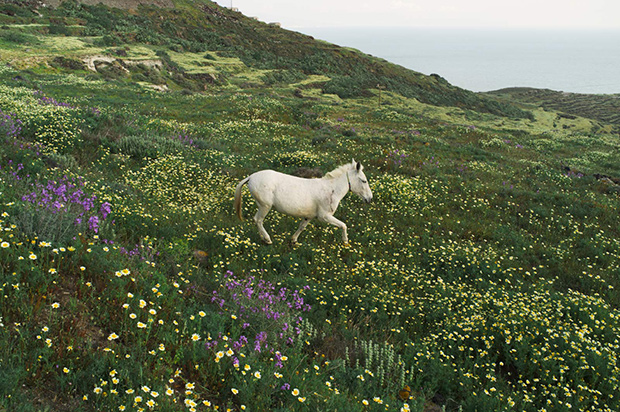 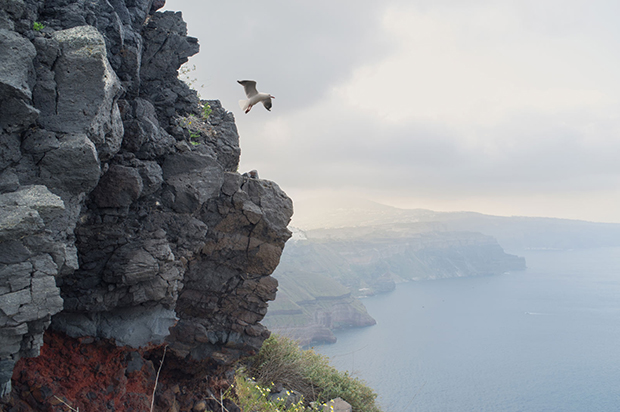 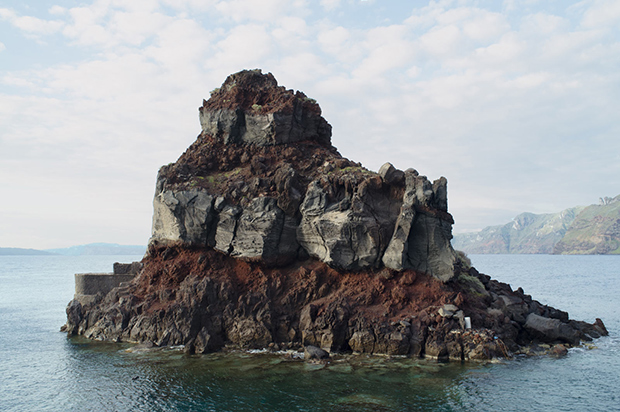 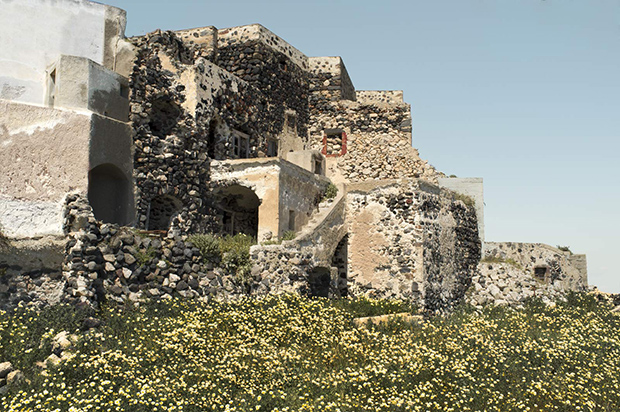 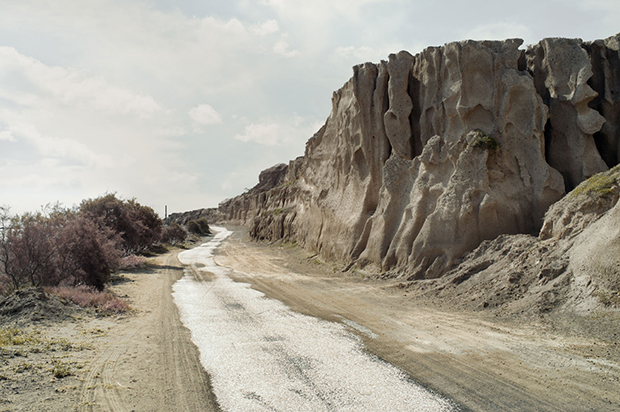