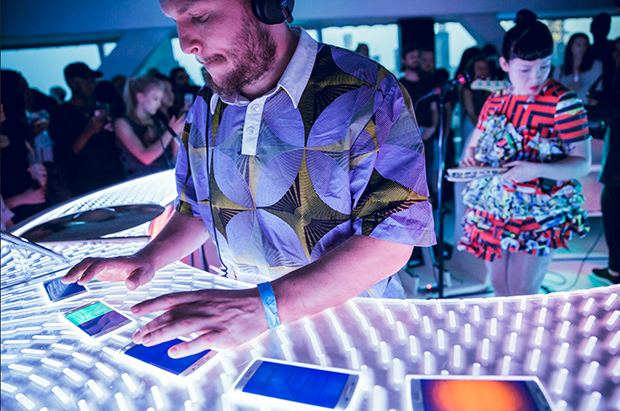 First witnessing ‘Edge of the Universe’ is a bit like traveling into the future, to an era in which art, installation, and music are fused to conceive a kind of performance art that enthralls and beguiles the senses. For the performance, which unfolded in the iconic rooftop Skyroom at the top of New York City’s the New Museum, Samsung teamed up with Odd Division, a team of installation and immersive multimedia artists, and Little Dragon, a Swedish electronic band at the vanguard of a new generation of music-makers.

‘Edge of the Universe’ was created with eighteen Samsung GALAXY S6 edge phones, which were incorporated with LED lights and acrylic plywood to form an immersive space in which Little Dragon was able to play their most recognizable songs. The Samsung GALAXY S6 edge is known for its high resolution display and high speed processor, empowering performers to mix in sounds from NASA in the outer reaches of the galaxy as well as more terrestrial audio recordings. As a jam-packed audience filled the space, each and every individual was transported to a nether region between earth and space… and between the innovations of the present and the thrilling technologies of the future.

The video above gives us an intimate glimpse into the process of Little Dragon and Odd Division as they employed the Samsung GALAXY S6 edge to create instruments and sounds which generations past could never have imagined. It’s difficult to label Little Dragon strictly as an electronic group; composed of artists Yukimi Nagano, Erik Bodin, Fred Wallin and Håkan Wirenstrand, the band has throughout its acclaimed career and the release of three stellar albums merged the best components of indie music and R&B to create a genre entirely their own. When armed with the GALAXY S6 edge and paired with Odd Division, a Brooklyn and Barcelona-based experience lab first realized at the Tribeca Film Festival and grown at the New Museum, Little Dragon exceeded all expectations. 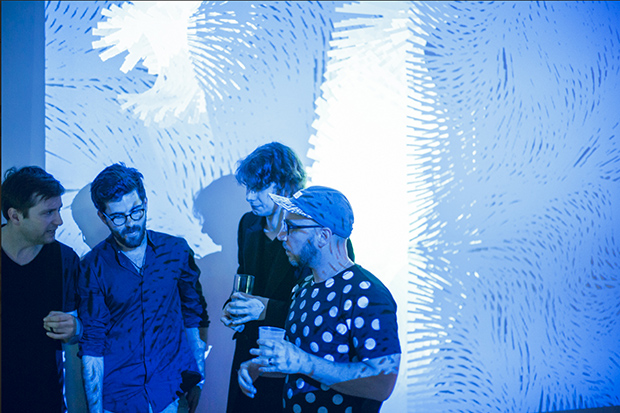 This fateful collaboration between Samsung, Odd Division, and Little Dragon was facilitated by Protein, a media company that connects brands like Samsung, Nike, and Anheuser-Busch with leading consumer bases and wide audiences. 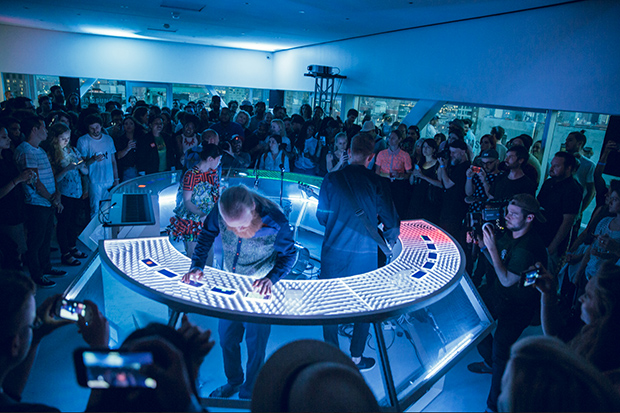 This post was sponsored by our friends at Samsung.