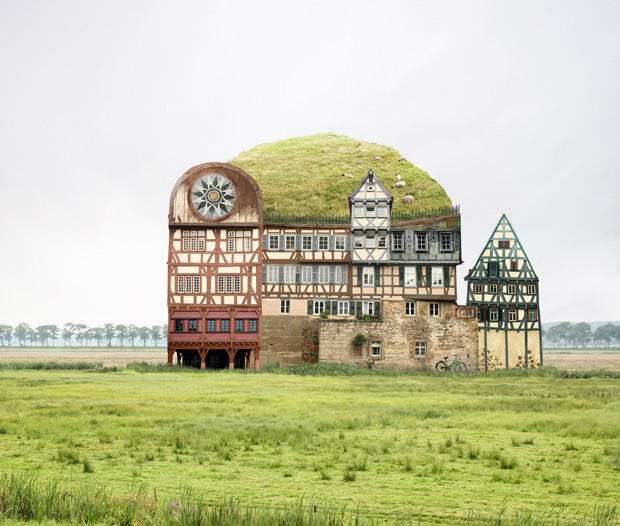 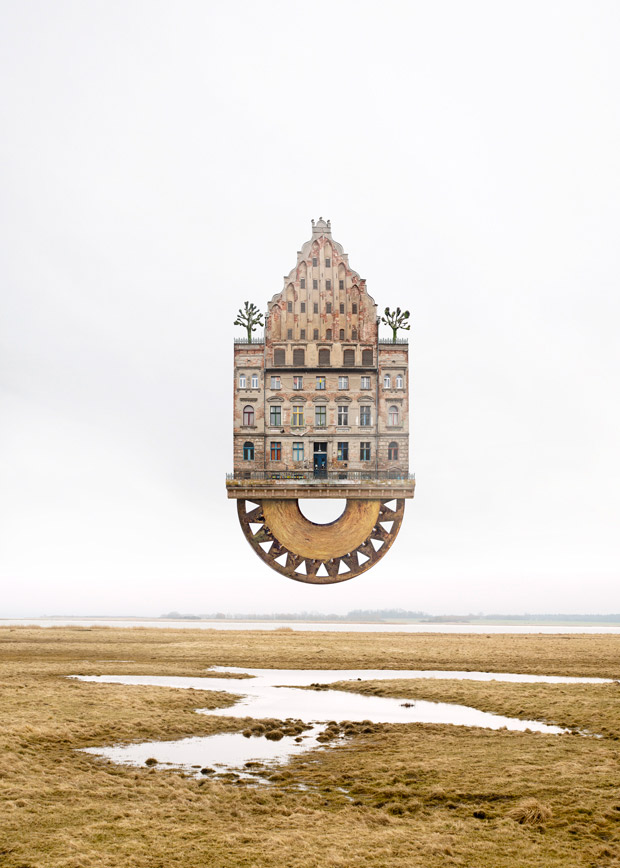 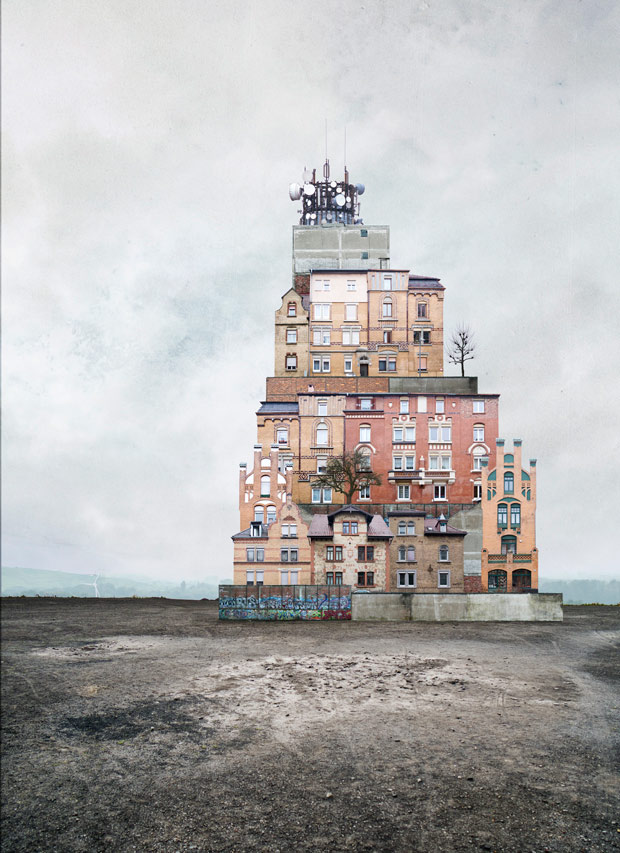 German designer Matthais Jung has always been fascinated by the endless potential of collage art, inspired by his father who worked in his photo lab with scissors and glue, creating new possibilities out of old photographs. Today, Jung has adopted this tactile process into his own work. For his series Surreal Architecture, he created fairy tale-like structures by combining and reimagining his photographs.

Every image was photographed by Jung, often during trips to northeastern Germany. His latest trip took him to the Ruhr region where he came across abandoned steel mills. He then gets to work in his studio, dreaming up new structures and architecture, combining them with earthy and natural backdrops. Jung calls these creations “architectural short poems.” The ideas come from dreams but reflect reality. The imaginative buildings wouldn’t be out of place in a sci-fi or fantasy film.

Working as a designer first and photographer second, Jung always follows the rules of design in order for his work to function properly. The relationship between order/disorder and homogeneity/diversity must agree. A building has to first be stable and credible before he can add some ‘disorder,’ that is, for example, allowing a building to fly. 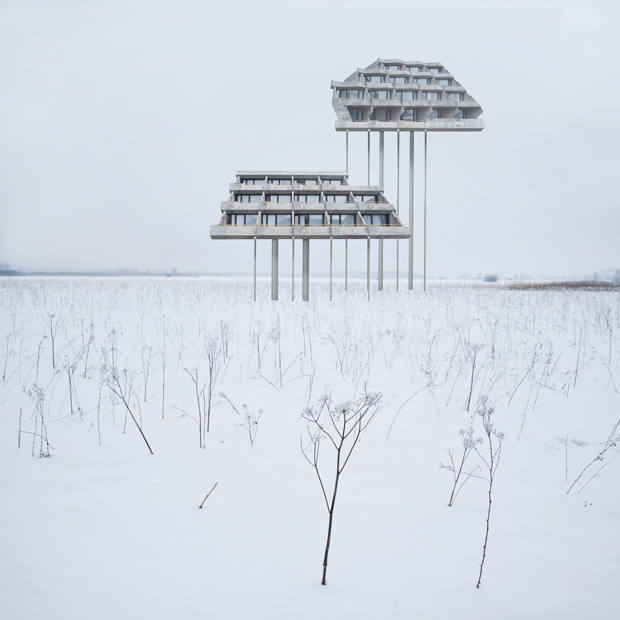 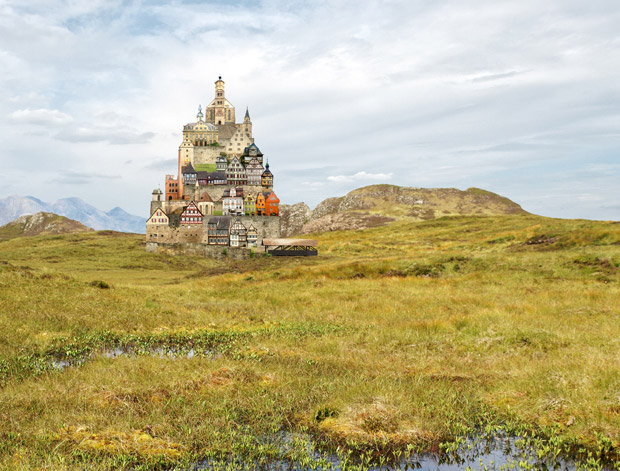 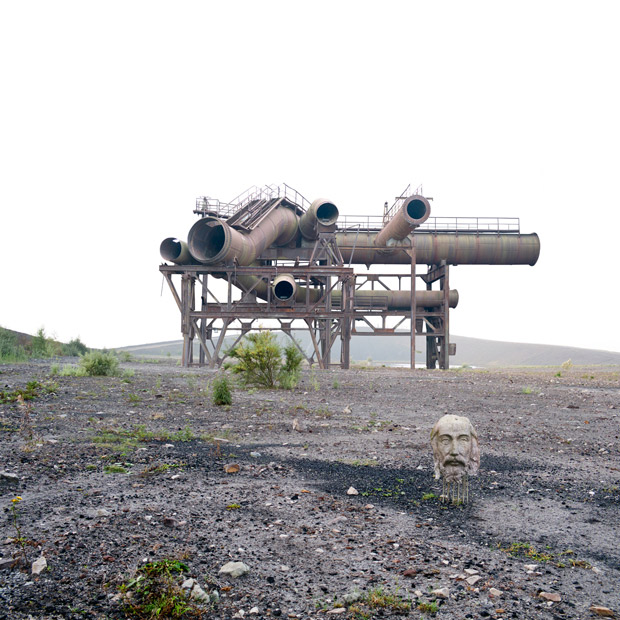 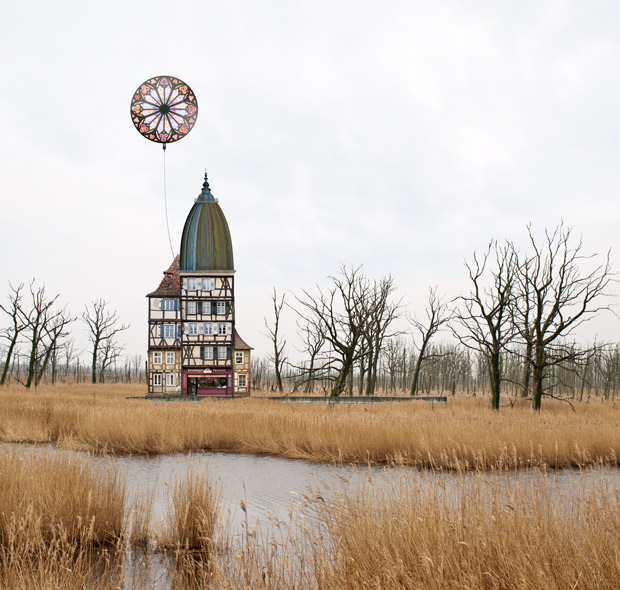 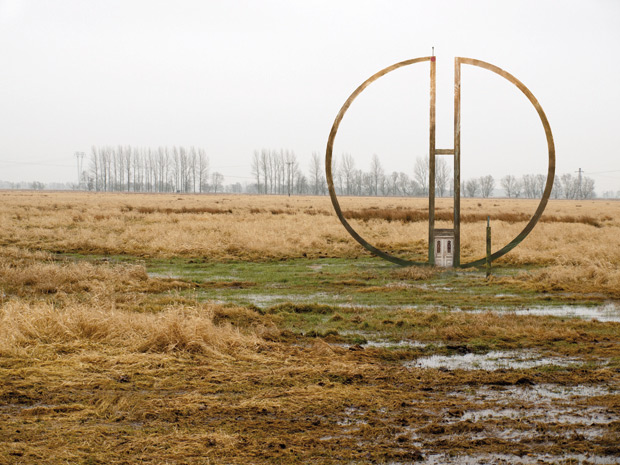 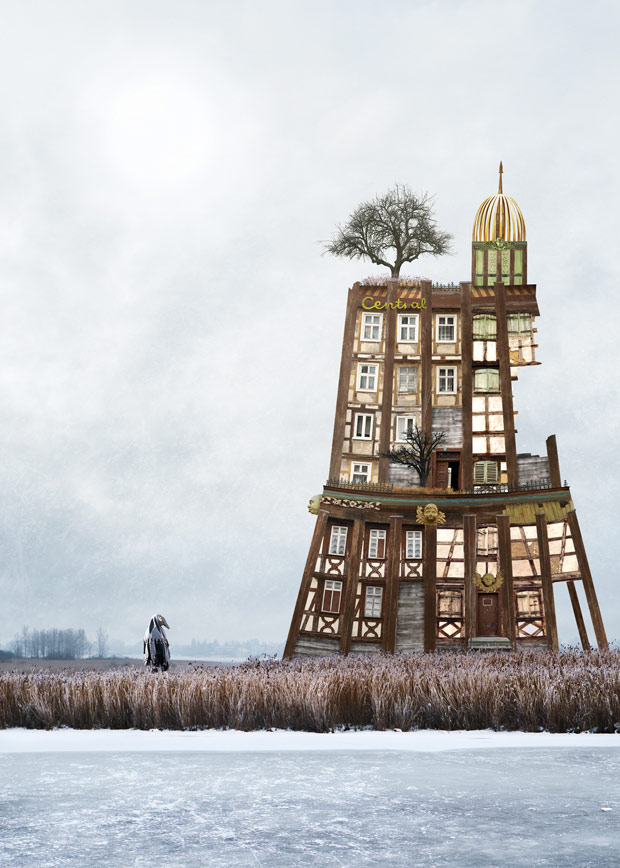