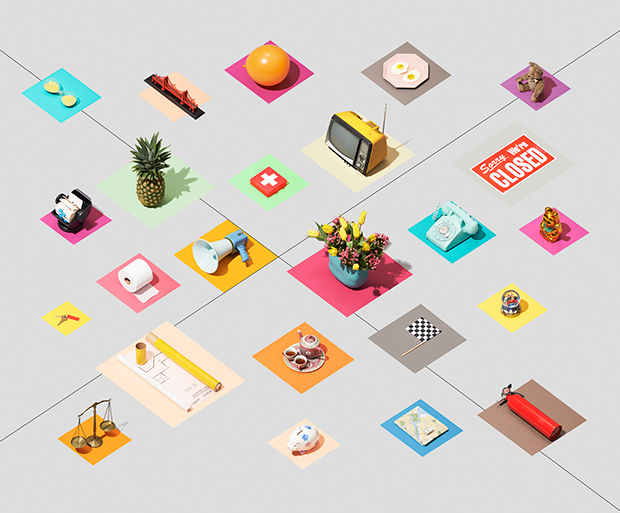 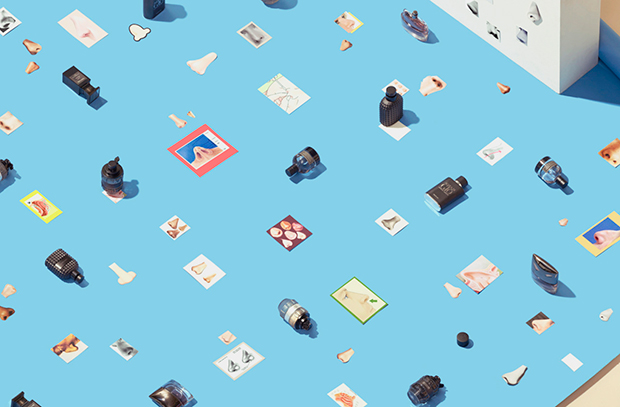 The more you try to pan across photographer Andrew B. Myers obsessively arranged still-life vistas, the more he draws you in. Your eye scans the images like a drone flying high above a muted landscape, at first cold, surveying, disassociated. Each object is sharply in focus, no one more prominent than the other, arranged stoically like soldiers in the midday sun. The objects — a vintage television, a pineapple, a nail clipper — are plotted along the photos like aggravating stop signs along an empty country road. They force us to pause, look, and consider. They trigger our collective memory and compel us to ask: Why these objects? Why together? Why like this? It’s as if the photographs of Andrew B. Myers’ are where objects we are finished with go to die. Wether they are technologically obsolete like a rotary telephone, or simply ignorable when not in use, like a roll of toilet paper; Myers reminds us these objects exist whether we think of them or not. They exist physically when we’re done using them, and their residue persists in subconscious collective memories. They are Myers’ attempts at roadmaps, to make sense of the mess of ephemera that persists inside our minds.

Andrew B. Myers’s work can be seen as part of the group show Wish You Were Here Vol 2, curated by Stephanie Gonot at the Ace Hotel in Los Angeles, the kick-off event of the Month of Photography festival, April 2015.

How did you start off in visual arts? Did you draw, paint, design? What made you start shooting and become a photographer predominantly?
“I was always drawing. I didn’t really paint. I became more interested in photography in my last year of high school and began shooting railroad tracks and whatever other crap I thought was cool as a bumpkin. I moved to Toronto to go to school for it and stuck with it, although I still don’t feel like I’m a photographer in essence. Maybe I was too silly to realize I belonged in an illustration program or something and this is how I developed the bizarre working methods I have now.” 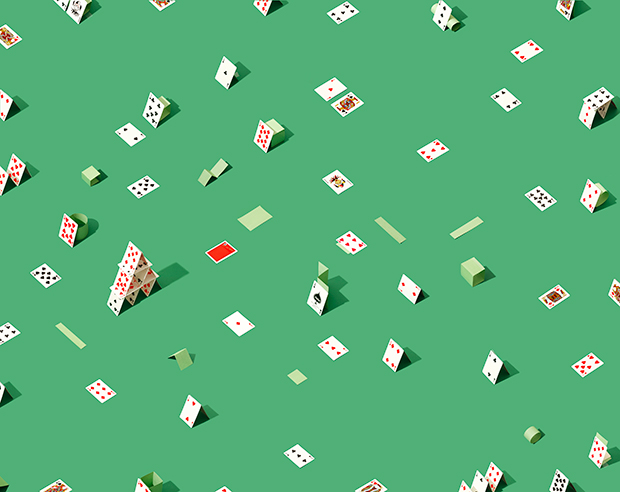 Your photography has a very distinctive style. When did it start to look that way? Is it similar to your drawing/painting from before you started shooting photographs?
“I think I was favoring more sparse and arranged imagery anyway, but began to experiment more with color use a few years ago. My drawings were often very detailed, and this hasn’t changed. I’ve been asked this before and I’m never entirely sure, it’s difficult to remember exactly how things evolved because I wasn’t too aware of it as it was happening. Diagrams, maps and charts have always fascinated me. There’s a large database in my head of imagery like flags or logos or leaves or whatever. What I think I’m beginning to do now is to project this. Scattering hundreds of assorted items, symbols, shapes is perhaps a way to depict the mess in my head, or to make sense of it personally.”

Do you sketch out ideas before you shoot? How precisely does the final product match your initial idea? Or does the process evolve your idea into a final product that looks quite different that what you originally imagined?
“I do make notes and sketch. I like to take pictures of things I encounter and find inspiring with my phone. It’s become a replacement for sketchbooks I used to keep. I still often doodle but I lose these things almost immediately. There have been images I’ve made that were originally drawn on napkins or something equally disposable.” 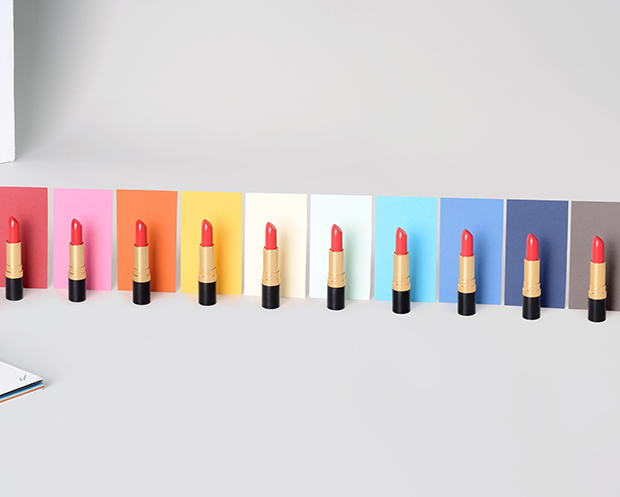 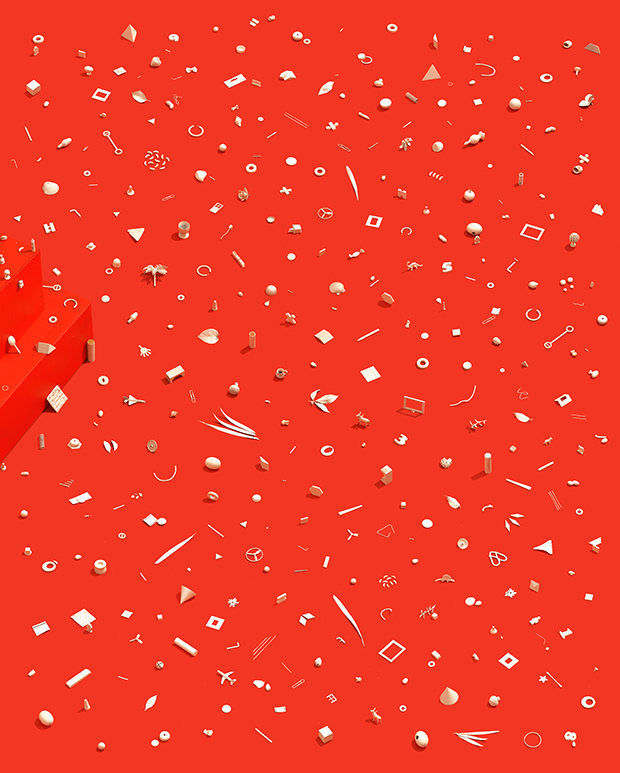 Are you a collector of funny little objects? Do you have a storeroom full of plastic figurines?
“I try to purge when I can. I move a lot, so this helps to get rid of things, but yes, I’ve had some pretty fun things that I’ve acquired for shoots overtime, like a bowling pin, titanic figurine sawed in half, and a giant foam number 5 as examples. I’m not really a pack rat, and objects and materials don’t hold as much importance as one might think looking at my work, so they’ll probably cycle out eventually too.”

There’s something of an ordering of nostalgic objects that makes me think of organizing our collective pasts. Do the objects in your images resonate on a personal level, or are they there because they represent something about a specific era or generation?
“What I was doing for a while was depicting objects that I had a strong memory of and attachment to, but then I began to realize that these sorts of ‘nostalgic things’ once a cultural common ground were being read by people in a way that I didn’t really like. Shooting a rubik’s cube, to me now, is more in line with a buzzfeed listicle than what excites me about making work, so I’ve been moving away from this. It isn’t to say that I wouldn’t want to use objects like these in some other way, but pairings and formal experiments seem more interesting to me now than anything nostalgic. I’d rather avoid the past as an idea and think more clearly about the present.” 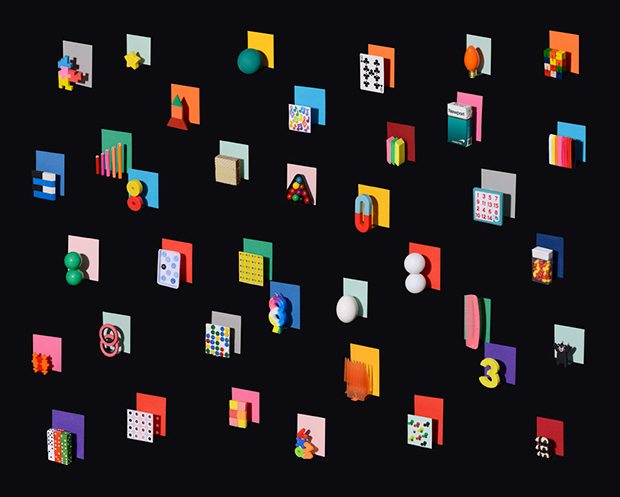 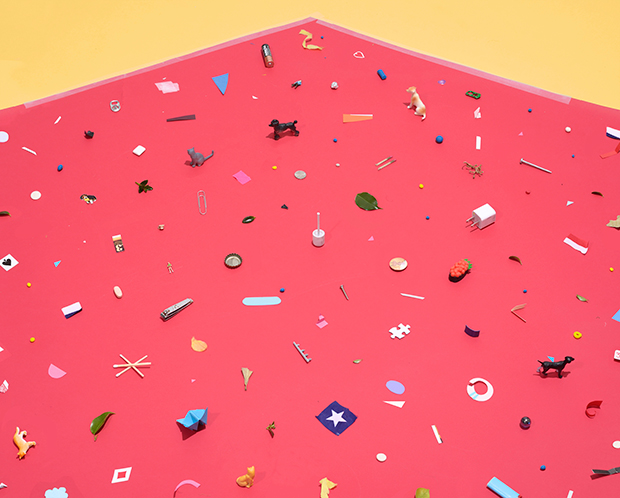 It seems like there’s an obsessive-compulsiveness inherent to the process of making your images. How much of the process is therapeutic to you? Does it scratch an itch that you have to place things into a specific arrangement or context?
“Maybe slightly obsessive. Anyone who knows me can tell you that I’m really not that organized or tidy, so it’s strange to everyone, including myself, that the work I make is so particular and ordered. Maybe it’s the only way I can be. I do like the zoning out and the creation of these sorts of things that take such a long time to construct. There’s a satisfaction in it, but I also realize that I start to get impatient during the process. I’m testing my abilities to focus.” 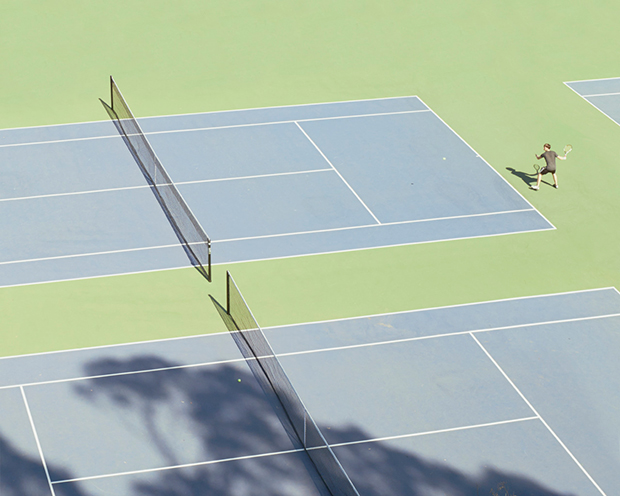 I noticed you have some motion work for the Naked Turtle ad campaign. Is video something that you want to get more involved with? Any new motion projects on the horizon?
“Well, that was imagery that I shot and they animated. I’d be curious to move into video at some point soon, or really anything beyond making stills. It’s a lot of fun but I’m realizing that so much of what I do is fighting AGAINST the medium within its confines rather than embracing them. This is a weird approach I like but it can really only evolve into something beyond photo altogether. Maybe I’ll wind up making motion, maybe I’ll wind up a set designer. Right now it’s hard to say. Maybe I’ll look for new ways to make non-photographic work as a photographer.” 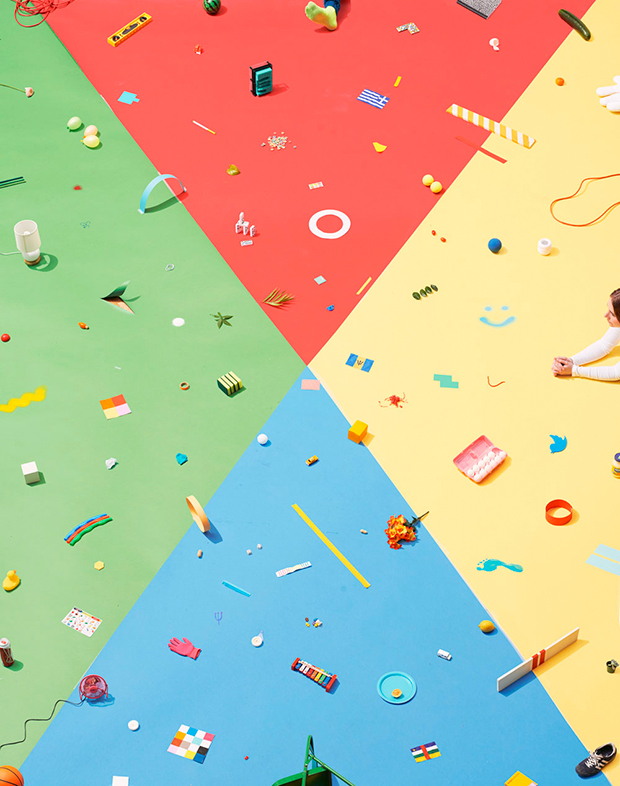 All images © Andrew B. Myers