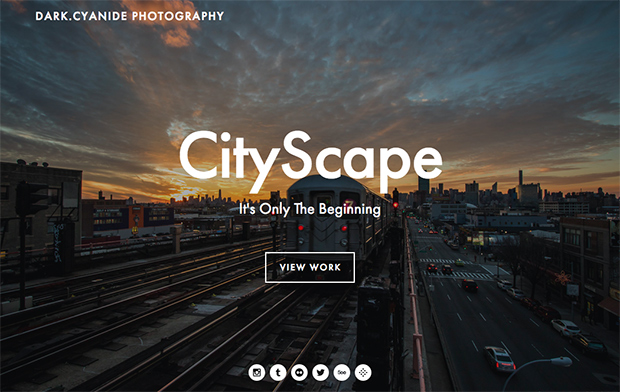 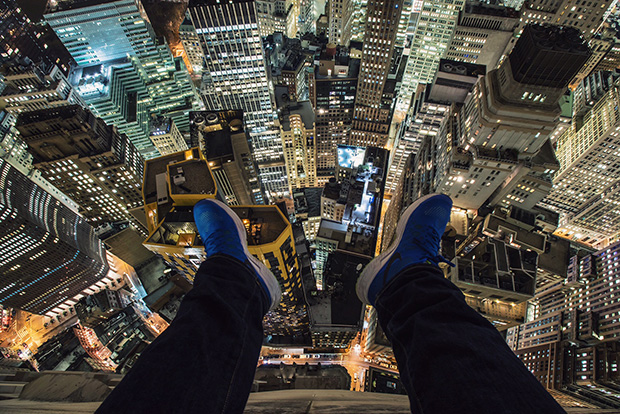 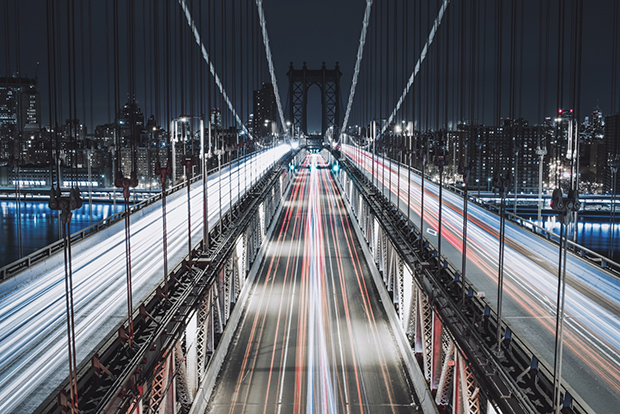 When I asked Dark Cyanide to reveal his real name, he politely declined. Despite his mounting popularity, the photographer is shrouded in mystery, his identity closely guarded. At just eighteen years of age, he has reached the apex of some of Manhattan’s tallest buildings and snuck into the shadowy regions of the subway system that runs beneath our feet. Of course, most of the spaces he breaches are not legally accessed, and at times his shoots resemble covert operations, but it is ultimately a love for the city that compels him to continue exploring its most inhospitable corners (and to share them with the rest of us via his Squarespace site).

Mr. Cyanide describes his work as “urban history,” but unlike most of his fellows, his study takes place not in the library but in the streets. Once he discovers a site, he’s on his feet, rushing to glimpse and to document it for himself. In a city that’s been photographed since the dawn of the genre, this photographer reveals unexplored riches that await disclosure. At times, his visions of New York can be so unfamiliar that it’s difficult to differentiate between his undoctored images and those edited to look surreal, as is the case with his series Eye Candy. We spoke to the young artist about urban exploration, building an audience, and his dream of reaching the tippy top of the Chrysler building.

Could you tell us a bit about the concept of the “Urban Historian” and your unconventional approach at exploring the city?
“The concept of urban historian is to explore old abandoned forgotten areas of the city that were once active and heavily used. Most of these places are either tucked away from sight or are being prepped for demolition for something newer (gentrification). The fun part of being an urban historian is trying to find where such structures used to be located because over time, the area changes. It usually requires digging through old documents and maps to pinpoint where everything used to be. Once found, the goal is to document and relive the history of the area in person before it’s gone.”

What motivates you to pursue the adrenaline-pumping rooftop work you do? Have you ever felt afraid at these great heights?
“Being an urban historian or explorer is a big risk. You are putting a lot at stake when doing it because it’s trespassing. Most of my urbex (Urban exploring) starts with scouting out the area and finding weak points to access buildings or tunnels and finding multiple exits just in case. My number one goal is not to look lost or suspicious and to fit in with the crowd.”

What draws you to these places, in spite of physical and legal risks?
“What draws me to these places is the view and vantage point I will get that most people are not willing or daring enough to [seek]. The experience, adrenaline and the sense of adventure [is a factor] too.” 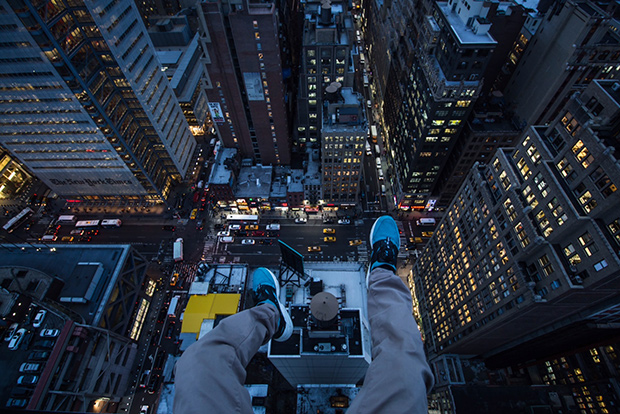 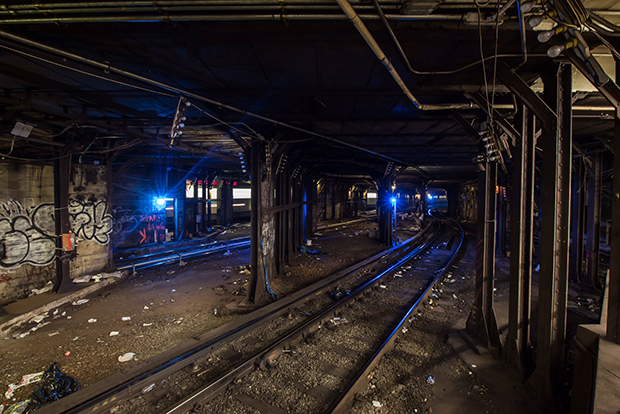 Could you tell us a bit about your Eye Candy project? How did you create these images?
“I started the Eye Candy project to display different picture effects such as steel-wool, unnatural edits of mine like Times Square in space and extreme dare-devilish stunts such as hanging upside down over great heights. Pretty much something out of the ordinary.” 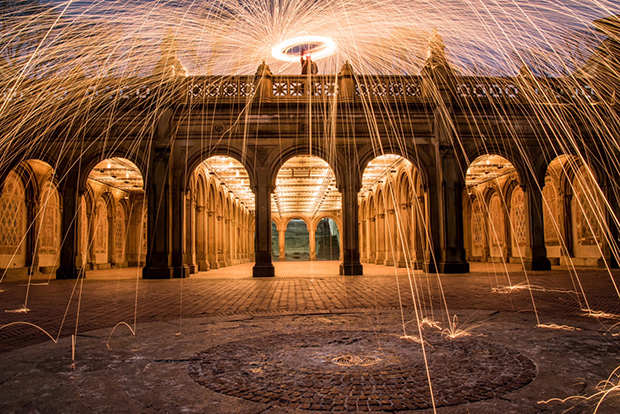 What have been some of your favorite neighborhoods to shoot? Does any one building or place stand out as a highlight?
“My favorite areas to shoot in New York city are the downtown financial district and Midtown, where the tallest skyscrapers are located. My favorite building is the Chrysler building, and it’s been my ultimate goal to visit the eagles on the 61st floor!”

Do you think your training as a graphic designer informs your photography? How so?
“Graphic designing has helped me in my editing processes by adding my own creative ideas and images into a picture to make it stand out from others.” 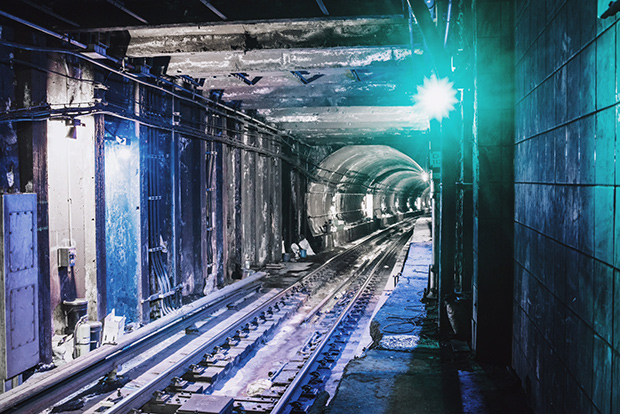 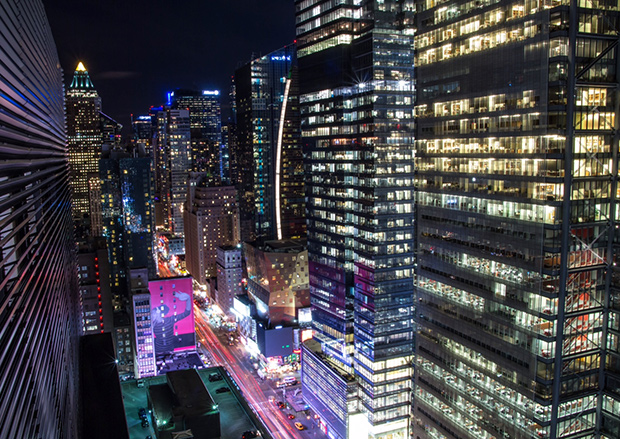 Why did you choose Squarespace to build your site?
“I chose Squarespace because its easy to use, reliable. I love the minimalistic feel to it, and it’s easy for my audience to use. I’ve used many other website builders, but Squarespace is my favorite of all.”

You have a store on your site. Was this easy to set up with Squarespace? What template did you use?
“I have a store on my site where I sell prints, and setting it up was very quick and easy. I use the Avenue template because of its simplicity.”

In what ways does your Squarespace site complement your bold aesthetic?
“I like to keep my site organized and easy to use so that my viewers can view the content without getting lost. I categorize all my photos into different groups so people can see what category interests them the most, and that helps me see what content is popular on the site.” 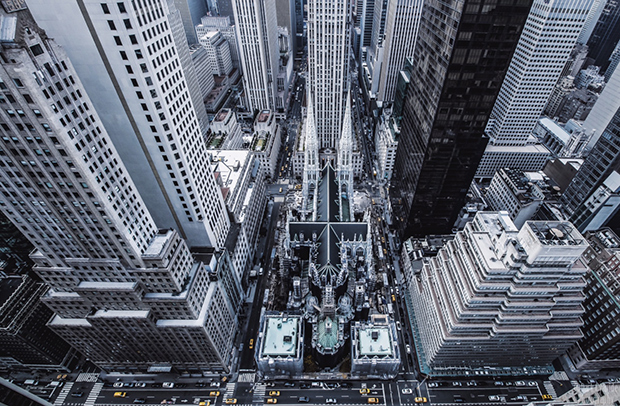 Look Down On St. Patricks Cathedral