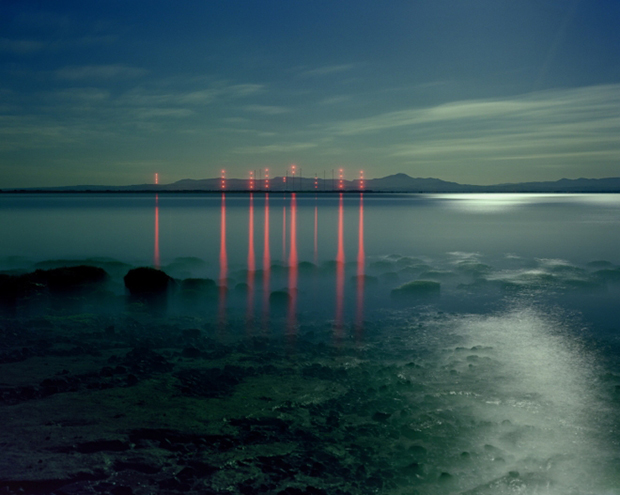 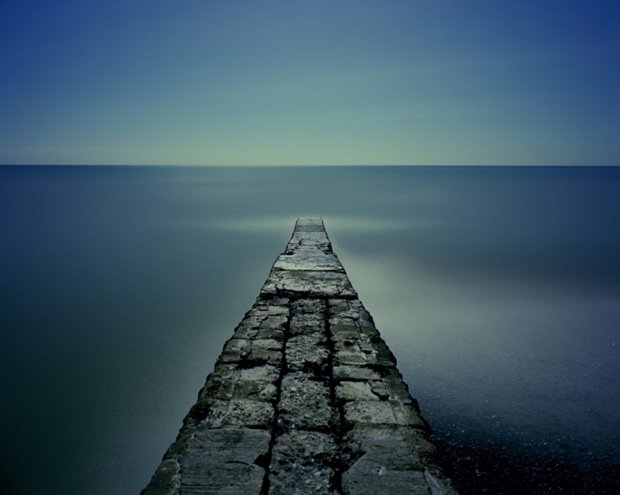 For Moonlighting, London-based photographer Paul Thompson ventures out to the coast in the dead of night, escaping all the light and noise of the city for a few hours of darkness set aglow by the rhythms of the sea.

The photographer explains that his passion for these nighttime shots lies in part in their unpredictability, which runs against the grain of structured commercial shoots. In the blanket of the night, he has to feel his way instinctually without illumination to guide his way. In order for the scene to be visible at all, he works in exposure times of one to three hours, allowing his own eyes to adjust to the blackness. As the minutes pass and the tides shift beneath the clouds, he takes time to reflect and introspect, to be alone and removed from the distractions of daily life. Over the course of a night, he produces only one or two frames.

Thompson is drawn to the seaside in part because it brings back memories of a childhood spent on the coast. He seeks out terrain that is both familiar and mysterious, spaces that metamorphose at night from the commonplace into the preternatural. Though he knows the landscape and can often see boats on the horizon, Thompson’s nights at sea bring with them an eerie sense of isolation. “Your eyes and ears play tricks on you,” he says. Since he works on film, it’s only hours later in development that the true nature of the elusive night reveals itself. 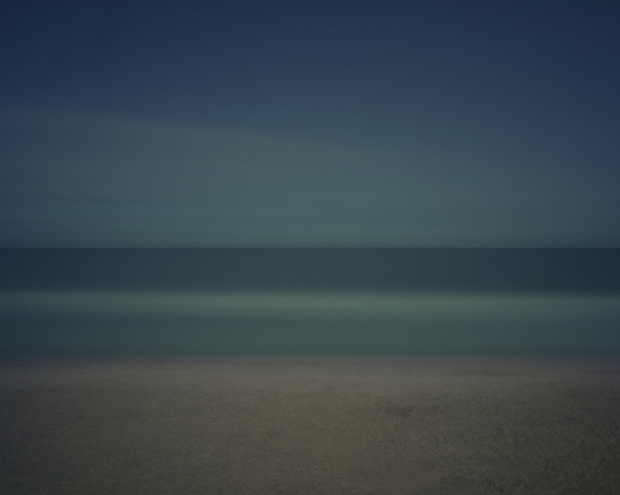 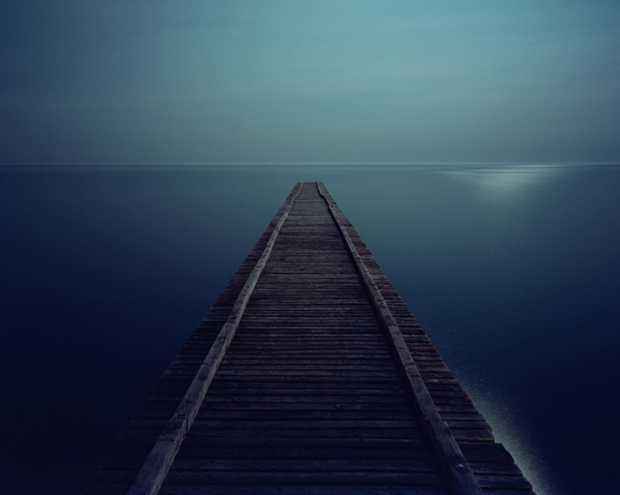 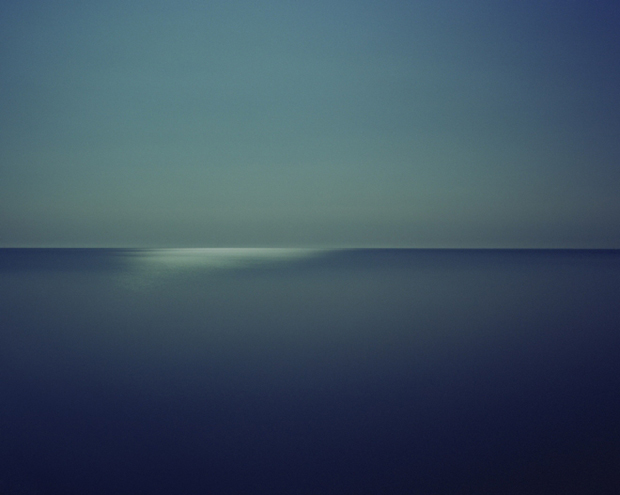 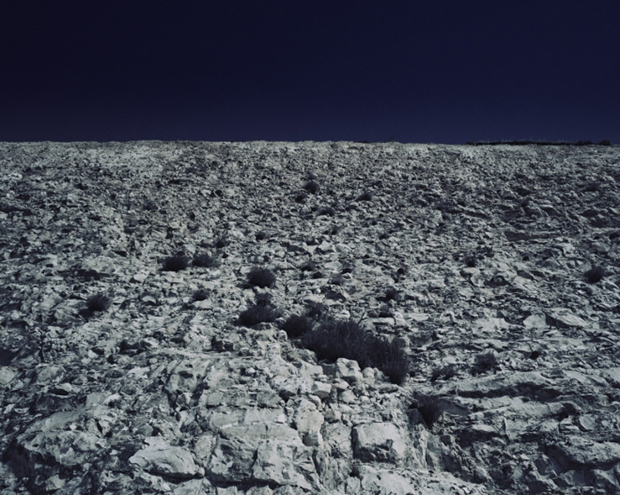 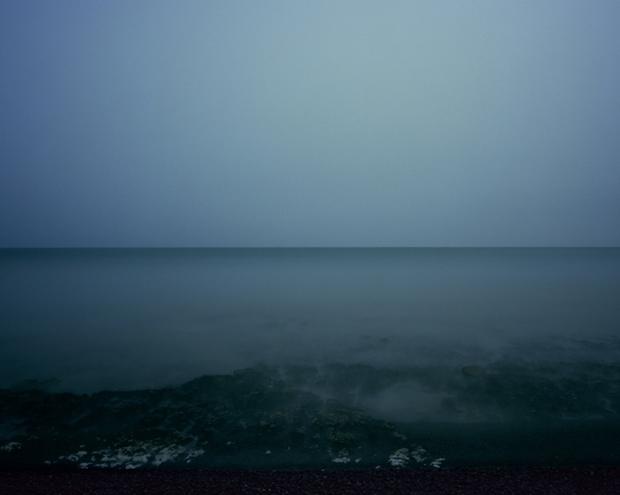 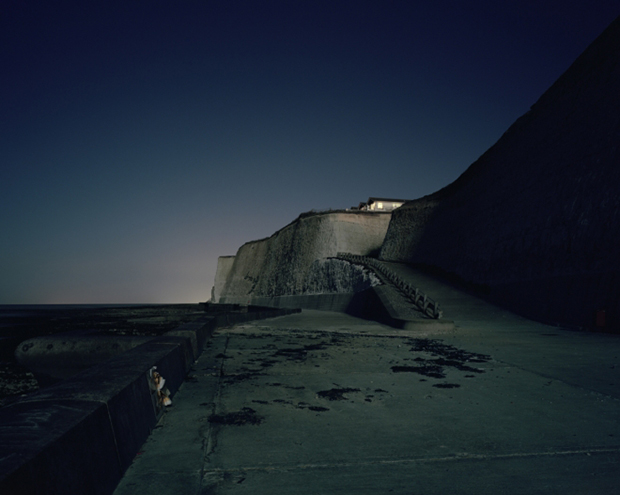 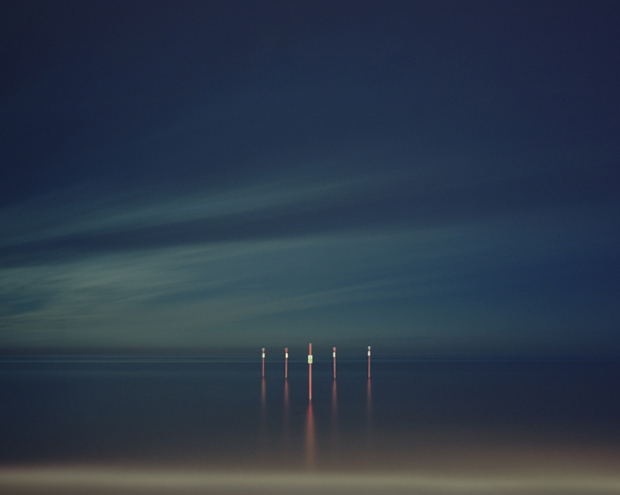