A Colorful, Historical Journey Through the Berlin Underground 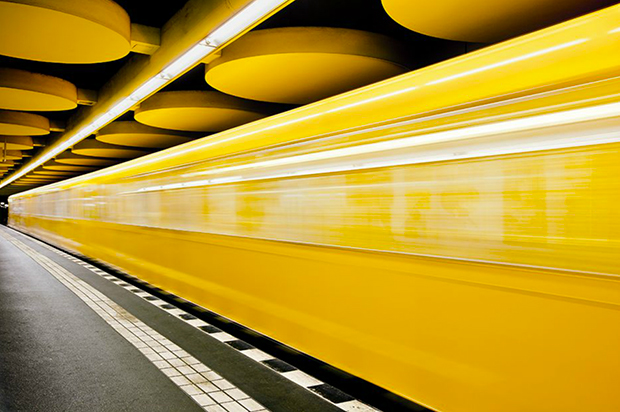 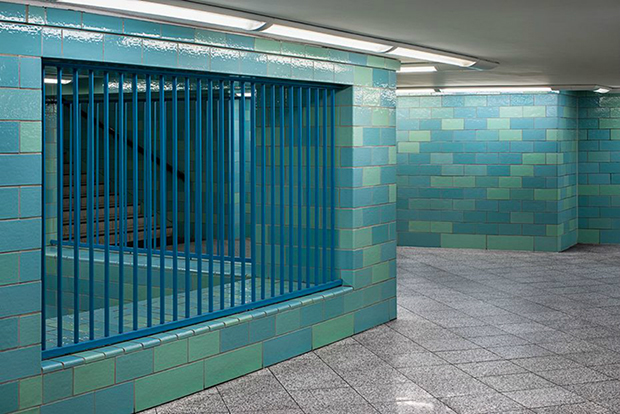 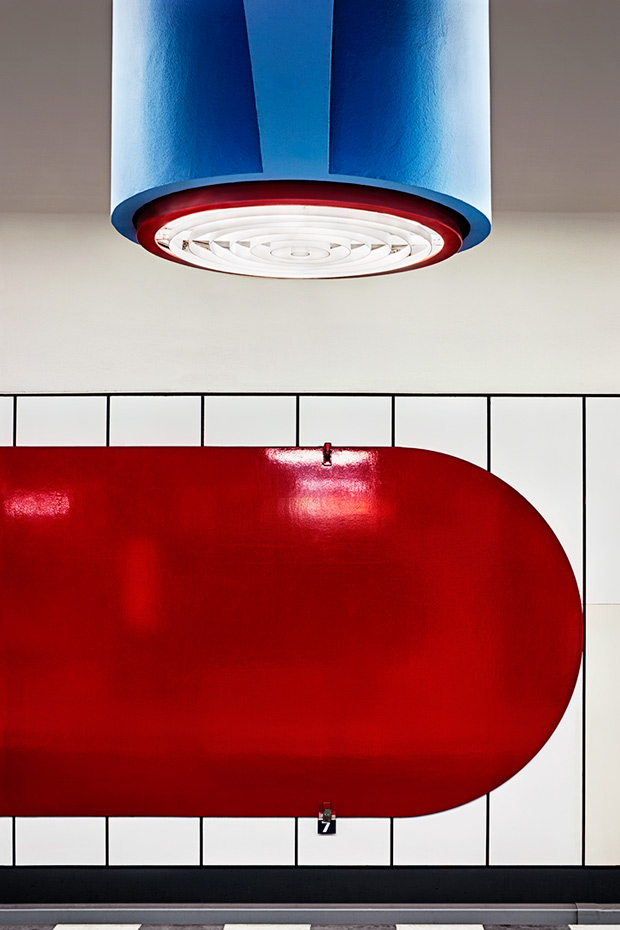 The Berlin Wall, Checkpoint Charlie, Brandenburg Gate – these iconic landmarks aren’t the only places to get your historical fix in Berlin. In fact, one of the best places to get a sense of Berlin’s deep history is in the city’s underground subway, known to locals as the U-Bahn. Working primarily at night to avoid the crowds, Danish photographer Patrick Kauffman spent two weeks photographing the vast underground system for his series Berlin Underground. His bright, patterned, almost conceptual images showcase the architectural diversity and stunning design that point to another era in Berlin’s history.

The photographers interest in the Berlin U-Bahn was spurred by the recent debate over the newly built Copenhagen Metro. With one uniform design throughout all stations, some believe this is the pinnacle of Scandinavian design, while Kauffman thought otherwise. “For me the design is cold, sterile and impersonal, just the opposite of the Berlin U-Bahn that has a soul and the ability to surprise its users with all its architectural details,” he says.

Over 500 million riders per year will tell you that no two of the 173 stations in the U-Bahn are alike. Each station is diverse as it incorporates surrounding architecture, sights and places of interest. Because the U-Bahn has been constantly evolving for the past century, you can experience different time periods and styles ranging from Art Nouveau to Art Deco to the Futurism of the 1970s.

Kauffman decided to photograph the underground in absence of people. Since his main interest lies in the design – the colors, forms and patterns – people would be a disruptive element. His images hone in on one specific portion of the platform, this could be the typography, a single wall or a unique color pattern, based on what he thought was the stations landmark feature.

“I have to admit that I have a penchant for 70s design,” says Kauffman, “so the stations from that period, I probably have spent the most time on.” 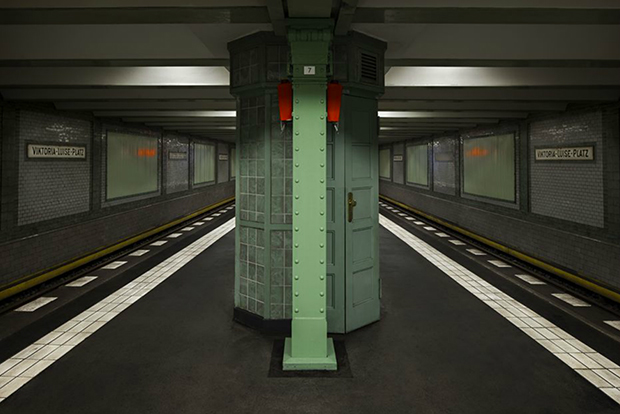 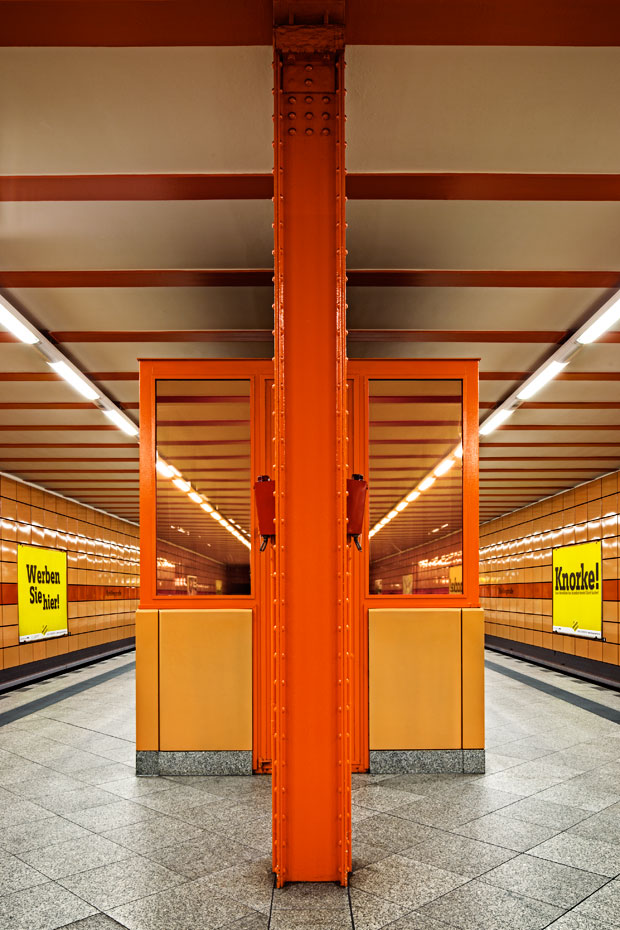 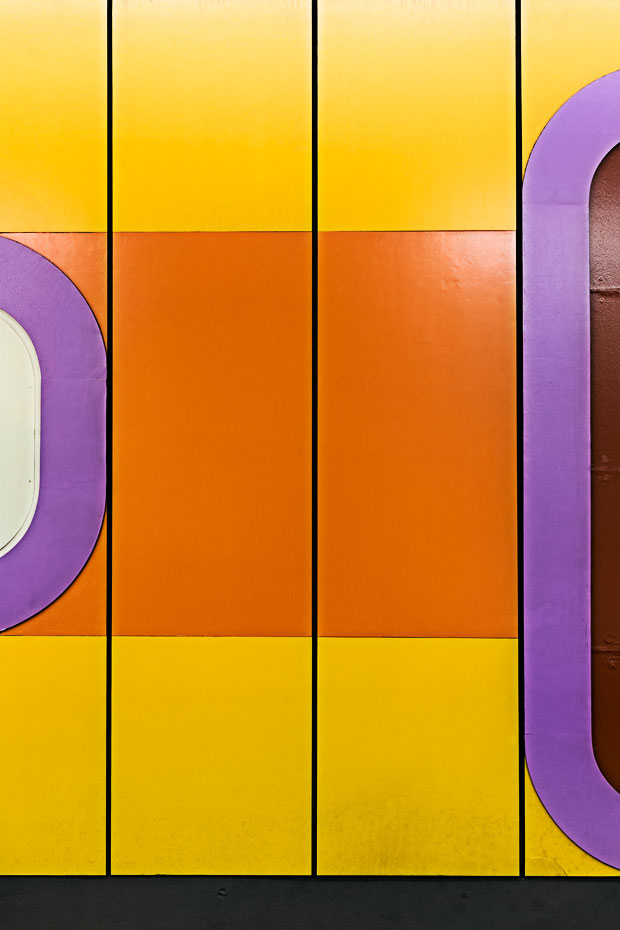 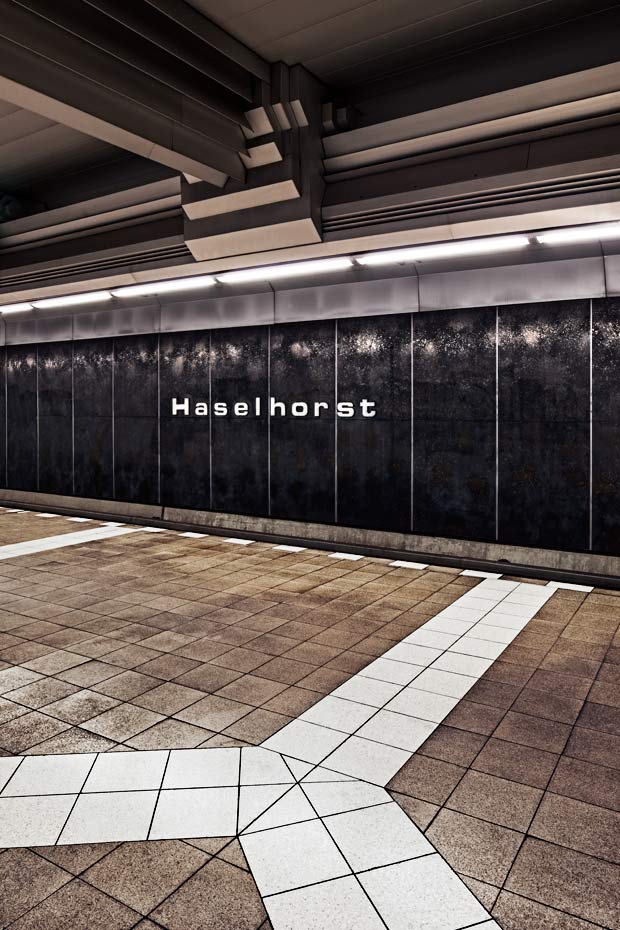 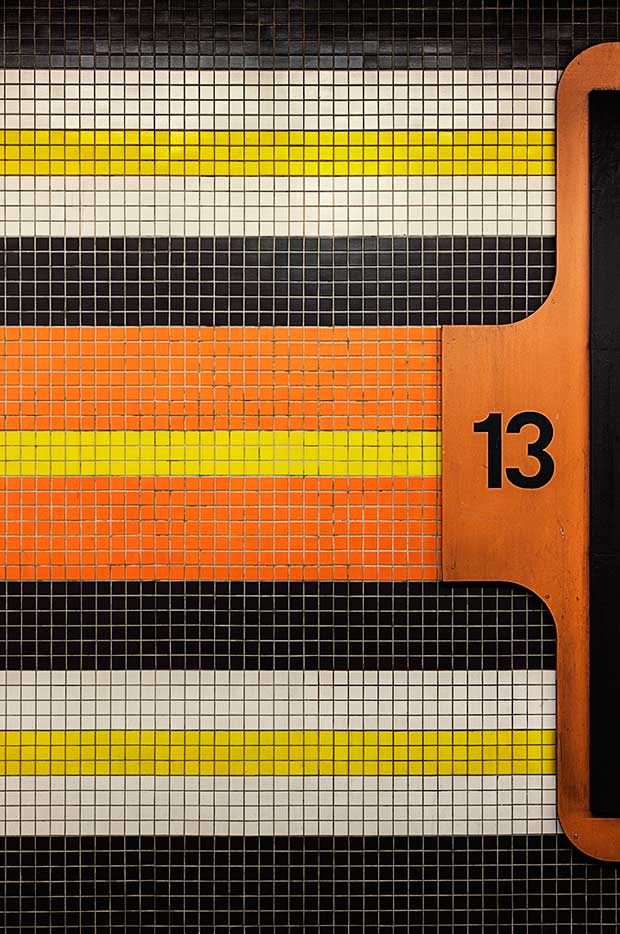 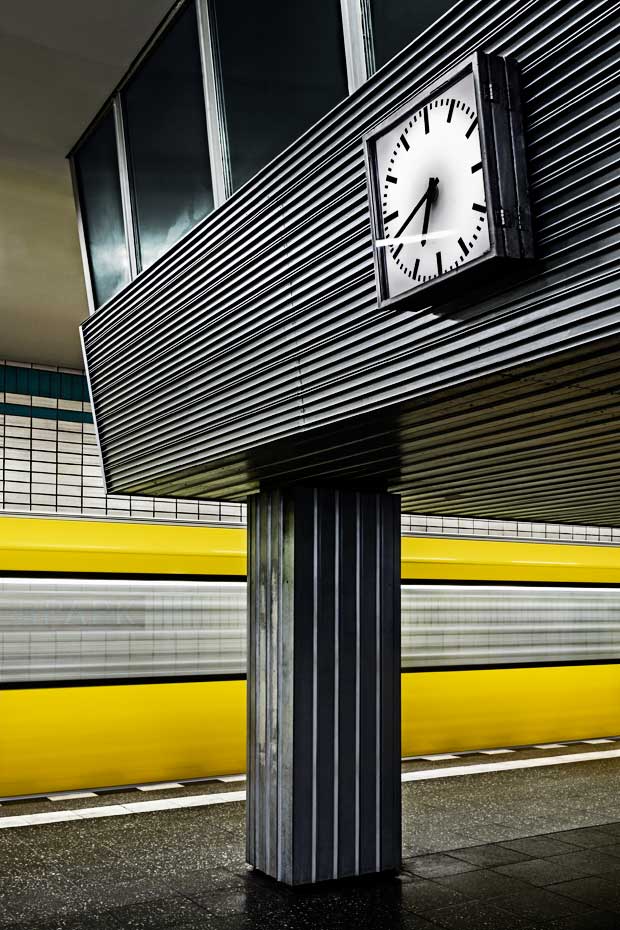 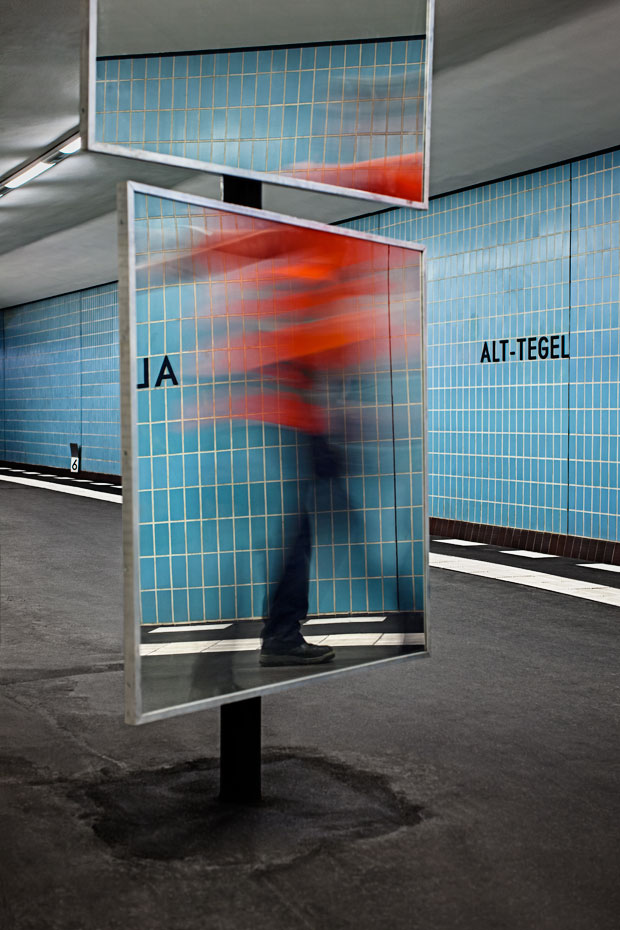 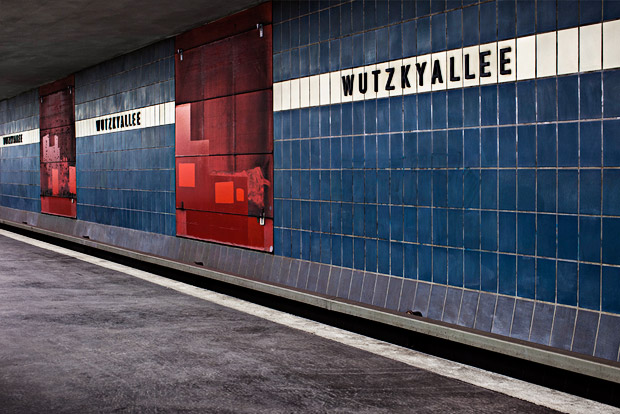 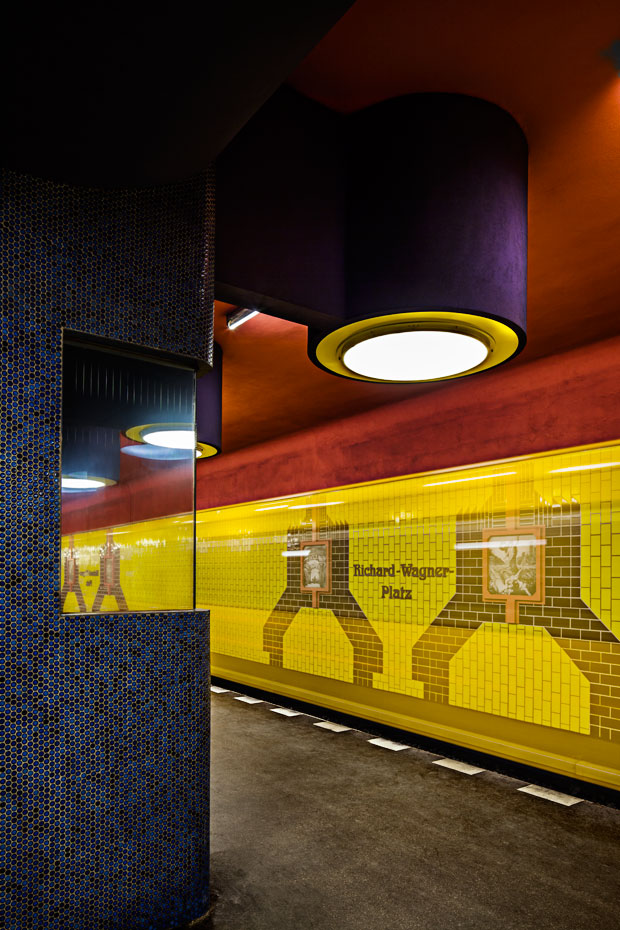