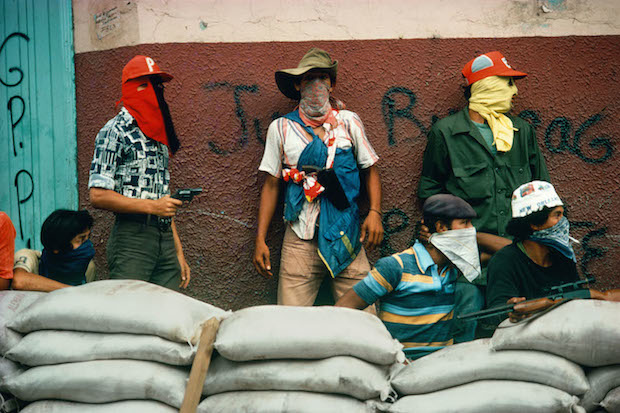 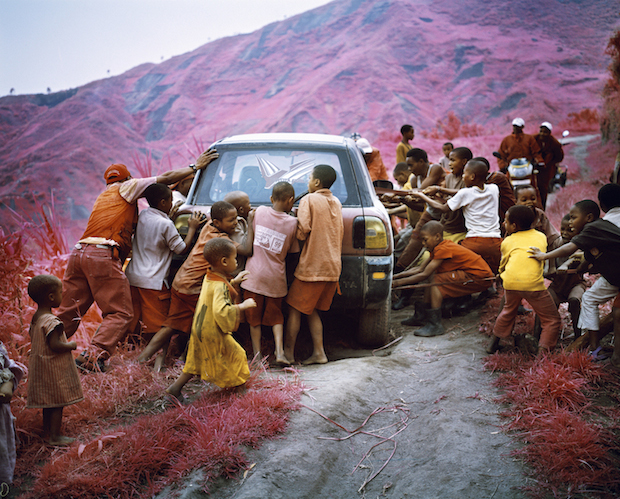 Always Crashing in the Same Car, 2011. From the series “Infra.” South Kivu, eastern Democratic Republic of Congo, 2011. A car is hauled from a cliff precipice by Hutus on the Numbi road. © Richard Mosse

Sebastian Junger knows the minimum distance at which you can “dodge a bullet” is 800 yards. “You’d need a quarter second to register the bullet is coming toward you … a quarter second to instruct your muscles to react … and half a second to actually move out of the way,” he wrote in his 2010 best-selling book, War. But too often, in the chaos of modern battle, journalists just don’t see the bullets coming.

As of this writing, 42 journalists have been killed this year according to the Committee to Protect Journalists. One-fifth of those killed identified as a freelancer —the far-ranging professionals who operate in the world’s most dangerous environments with the most limited support. While these figures might seem clawing, they are eerily consistent. Over the last three years the number of journalists killed in crossfire, combat, or “on dangerous assignment” has risen dramatically. Notably, this period has been defined, not by the wars in Iraq and Afghanistan, but by irregular and intractable conflicts —from revolutions to civil wars— in places like Egypt, Syria and Libya.

Junger, together with his organization, Reporters Instructed in Saving Colleagues (RISC), have opened a silent auction (bidding is open till Dec. 3) featuring donated images from more than 40 award-winning photographers. For interested buyers and collectors, the auction provides an opportunity to purchase an iconic image while supporting RISC’s mission: to provide free four-day emergency medical training to journalism’s most under-resourced professionals: freelancers.

“Every society depends on, among other things, great press and free access to information,” Junger told VICE earlier this year, adding “we —the public— are indebted to freelancers for the work they do,” in an interview with Feature Shoot this week. “But we need to value the human lives involved.”

From Iraq and Afghanistan, to Syria and the Central African Republic, journalists lives are constantly under threat. But if war is a line that narrowly separates life and loss, Junger crossed that border in 2011 when friend and long-time colleague Tim Hetherington was killed by mortar fire while reporting in Misrata, Libya.

Junger and Hetherington spent 2007 and 2008 in Afghanistan’s Korangal Valley, filming the US Army Second Battalion’s effort to guard one of the most remote American outposts. The resulting documentary, Restrepo, won the 2010 Grand Jury Prize at Sundance, and was nominated for an Academy Award.

“You [Tim] and I were always talking about risk because she was the beautiful woman we were both in love with, right?” Junger wrote in a letter-cum-eulogy addressed to Hetherington and published in Vanity Fair soon after the photographer’s death. “We were always trying to have one more dance with her without paying the price … in the end, you were the one she chose.”

Hetherington’s death unsettled the accomplished reporter, serving as stark reminder that bearing witness in the most dangerous corners of the world can come at the highest price. “I kind of saw the light,” Junger told Feature Shoot, but not from fear of one’s moment of death so much as the pain that lives on after you are gone. “Everyone you love is on the battlefield with you.”

Most gnawing for Junger, is that Hetherington might have survived had colleagues on the scene been trained in basic emergency medical procedures —the very skills RISC, founded in 2011, offers to today’s latest (and most active) freelancers.

All proceeds of the auction will directly fund RISC’s program cost, ensuring training will remain free for accepted applicants. Each training module educates 24 people, and costs $24,000 to run in New York, or $36,000 if held overseas. To date, RISC has trained 192 journalists. Beyond learning life-saving skills, however, RISC training carries significant responsibility: All graduates must pledge to keep their medical kits with them each time they step onto the battlefield.

Junger, now 52, says he’s stepped back from conflict’s edge, his slow withdrawal punctuated by the release of Korangal, a follow-up documentary that used residual footage from Restrepo, and The Last Patrol, an HBO documentary and homecoming, of a sort, filmed by Junger and three fellow journalists as they walked the 300-mile railway line from Washington D.C. to New York. Along the way, they discuss what war has done to them, and why it won’t let them go.

“I’m glad I’m not doing it anymore,” Junger told Feature Shoot. “But I miss it.”

The RISC auction party opens at Aperture at 6:30 PM on Wednesday, December 3rd. Junger will join photographer Susan Meiselas at 7:30 to discuss their work and to present a video. Tickets are available here. 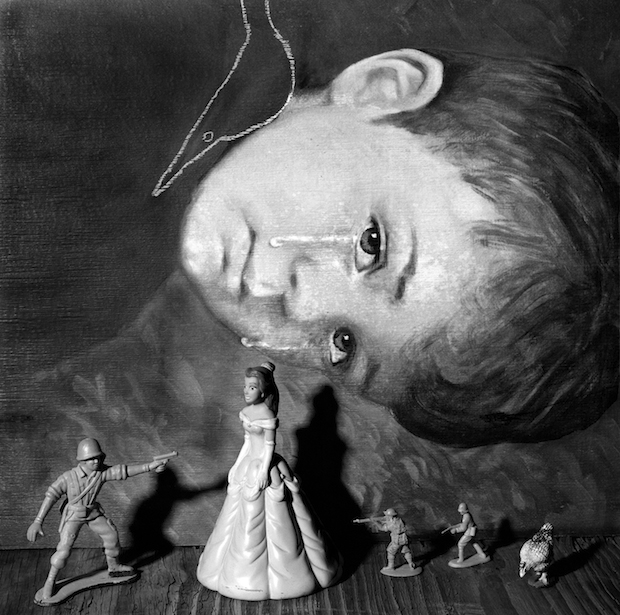 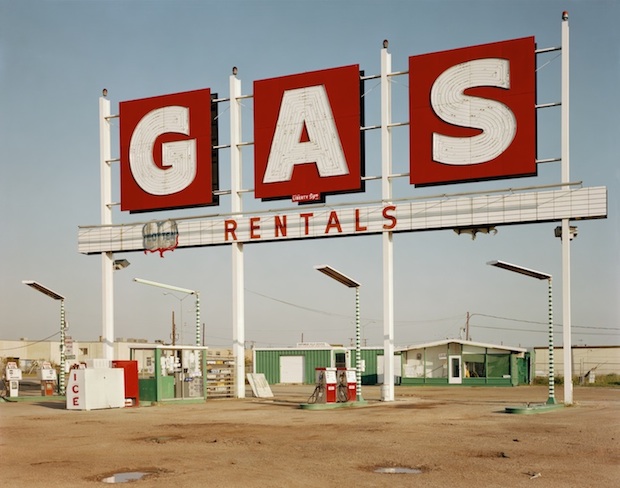 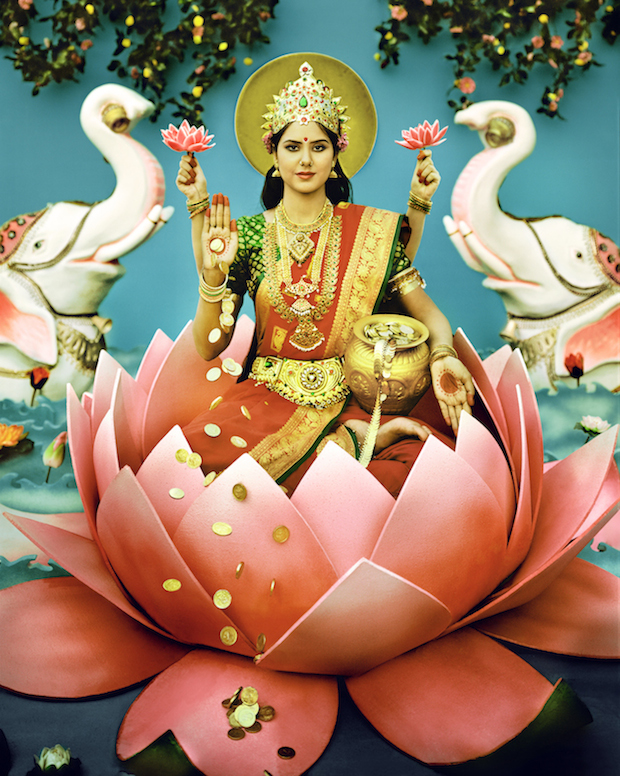 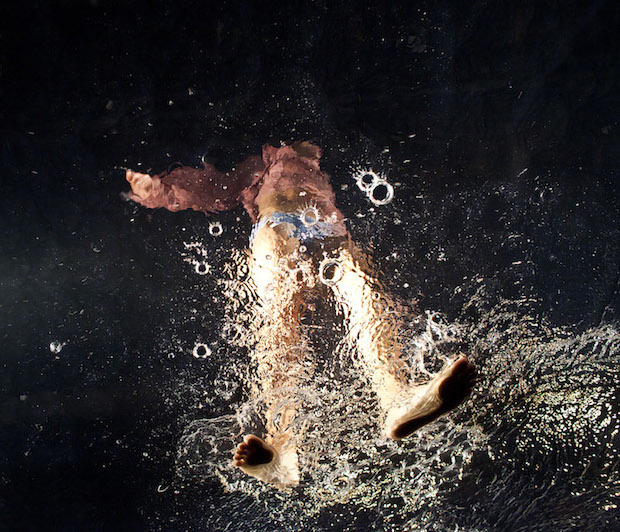 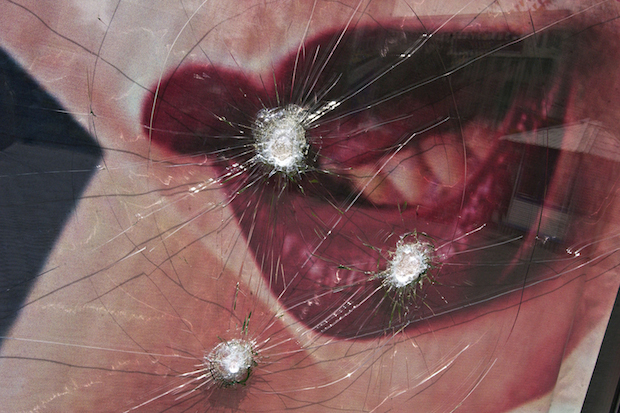 Untitled, 2005. Kyrgyzstan. Bishkek. March 2005. During the night after the “revolution” bands of thugs had looted the main stores. The new “government” calls for the formation of a civil defense to guard the buildings © Thomas Dworzak 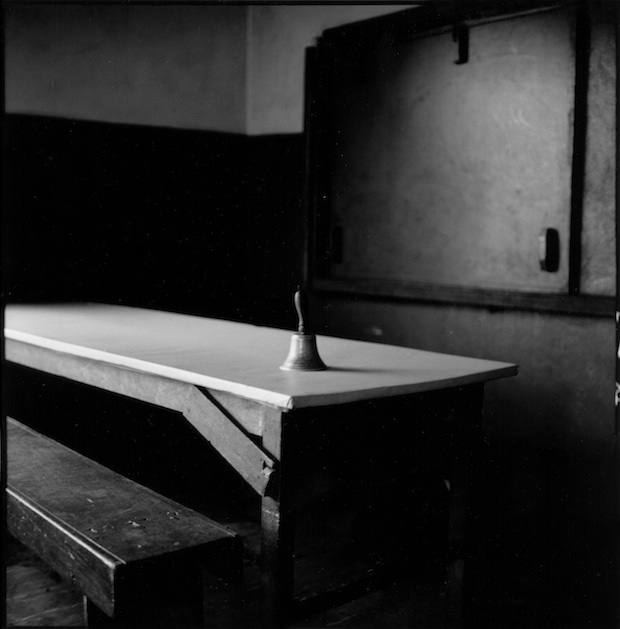 All images in this post are available for auction through December 3rd.