Photographer Has Identity Stolen, Decides to Stealthily Photograph the Thief 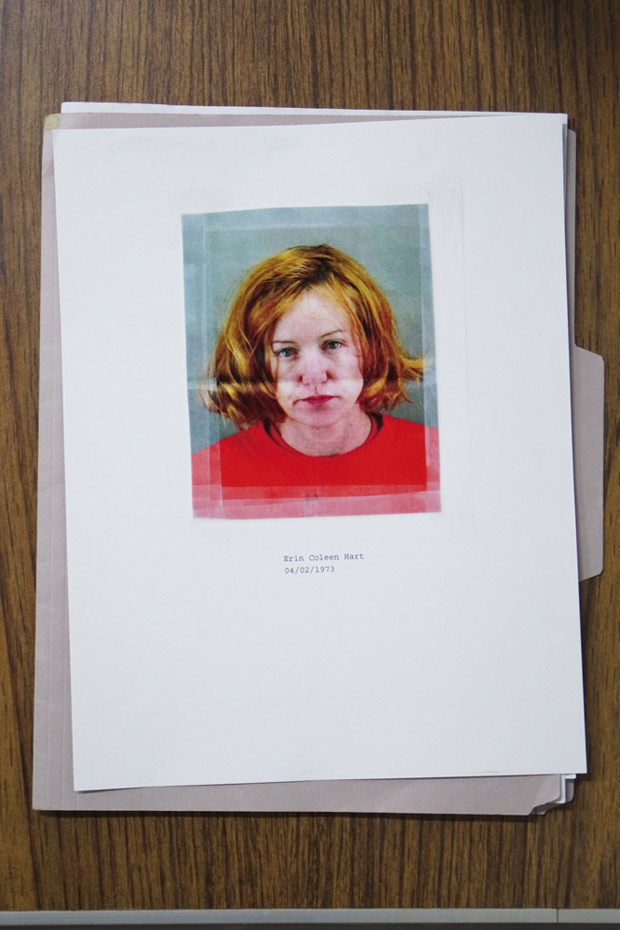 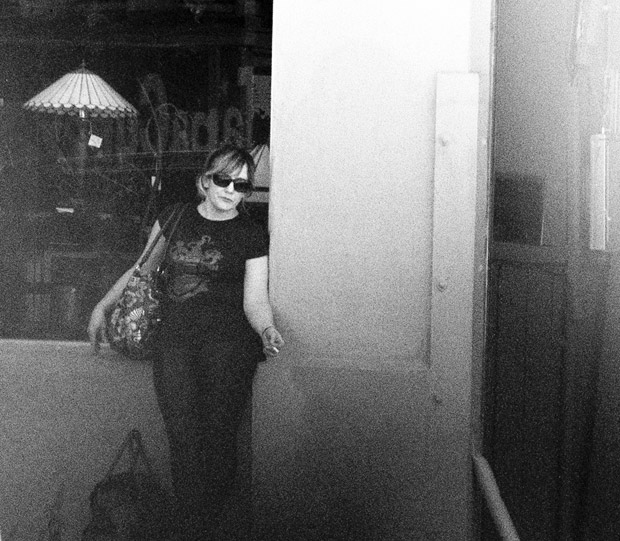 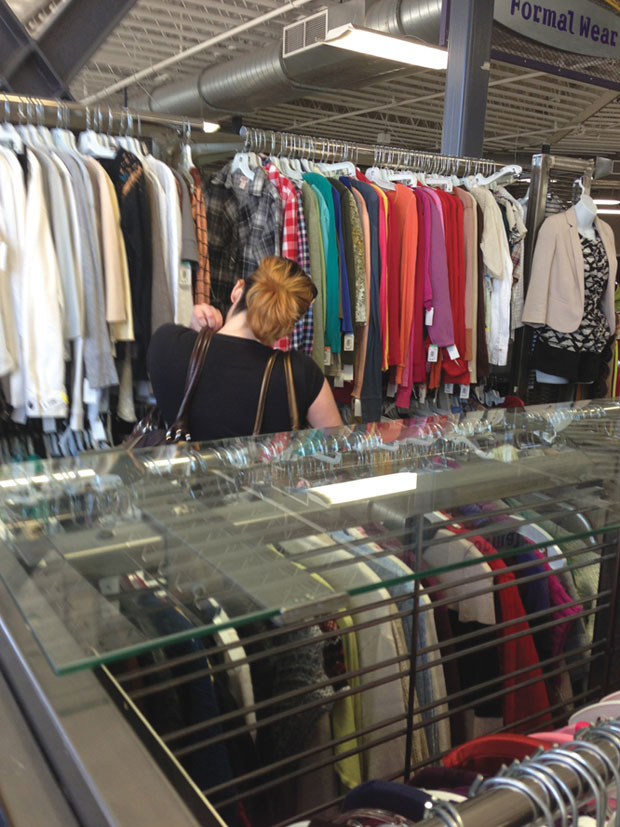 When the police showed up at Jessamyn Lovell’s front door in Albuquerque, New Mexico one afternoon in 2011, she was blindsided with the news that her ID had been stolen and several crimes were committed by a woman using her identity. When investigators couldn’t answer her questions or assist any further in the situation, she decided to take matters into her own hands. She hired a private investigator to track down her identity thief, Erin Hart. Several trips led her to San Francisco to document and gain an understanding of this women who had been masquerading under her name. We speak with Lovell about her experience, and subsequent art project, Dear Erin Hart. 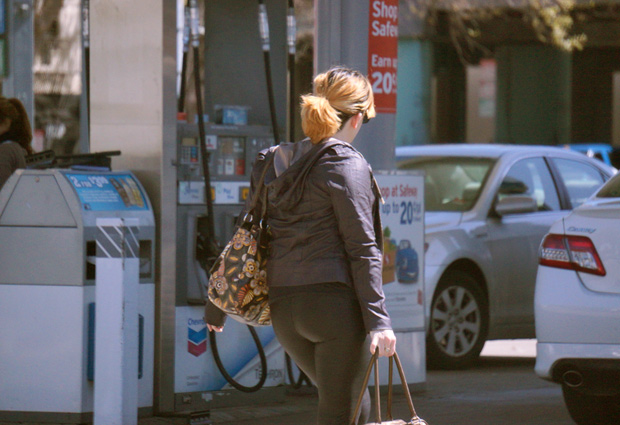 How did you first react when you realized your identity had been stolen?
“It really hit me when waves of tickets and bills and citations were coming into my mail every day, regarding this period of about six weeks when this woman was using my ID to do all kinds of things. Then I received a summons to appear in court. That’s when I lost it; I was really freaked out and really scared. Because when you see your name and your information on a summons for a crime, you get really worried. It was surreal and scary; I was definitely in crisis mode.” 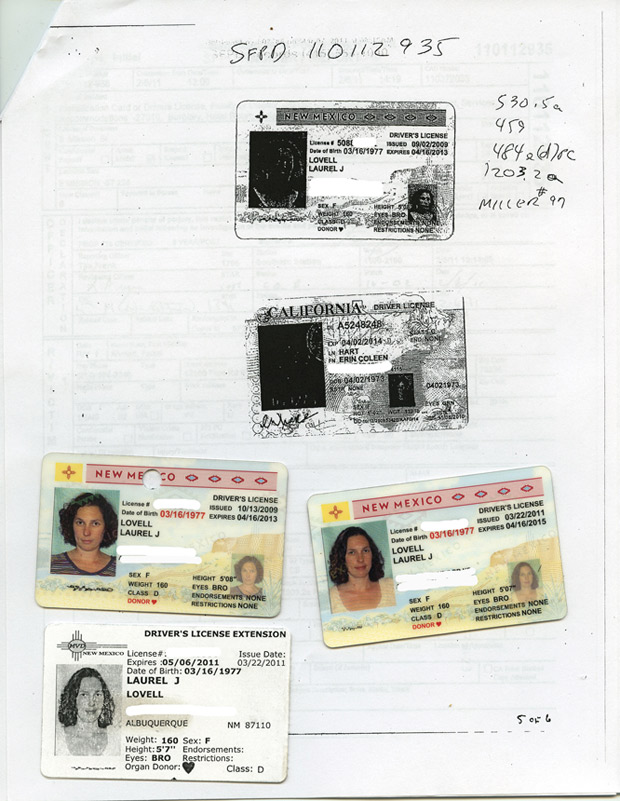 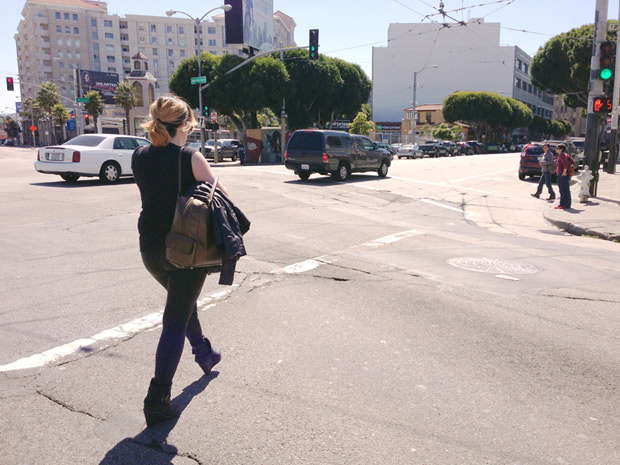 Why do you think you responded in this unorthodox way?
“The police couldn’t give me any information about her, and surprisingly, they had to be really protective of her privacy, which seemed crazy to me. I was mad more than anything. So that’s when I decided I was going to find her myself. It’s almost like I was responding as if someone were hostile towards me. I was feeling confrontational. I wanted to explain to her that she had caused damage.

“So I decided, ‘I’m going to take this and make it into a project, and I’m going to figure this situation out for myself.’ Maybe she was in dire straights, or maybe she was struggling, and maybe I shouldn’t be so quick to judge. I went into the situation angry, but I had an open mind, and I had an open heart. I wanted to have a conversation. As naive as it might sound to people, it wasn’t really about revenge. I could see how people might see it that way, but it was more out of a pursuit of understanding of another human being, and that’s why it’s culminating in this way.

“People are always questioning me, and asking why I want to do this and waste my time. It’s not a waste of time for me, to be an artist, to pursue interesting knowledge, to understand the way the human mind works and the human condition. It’s fascinating to me, but it also felt like I needed to do it for myself. And since I’m artist, these are the tools I have, and I feel really lucky that I have these tools to communicate visually and share my story with an audience. Maybe other people who have been involved in identity theft could understand the complications of it.” 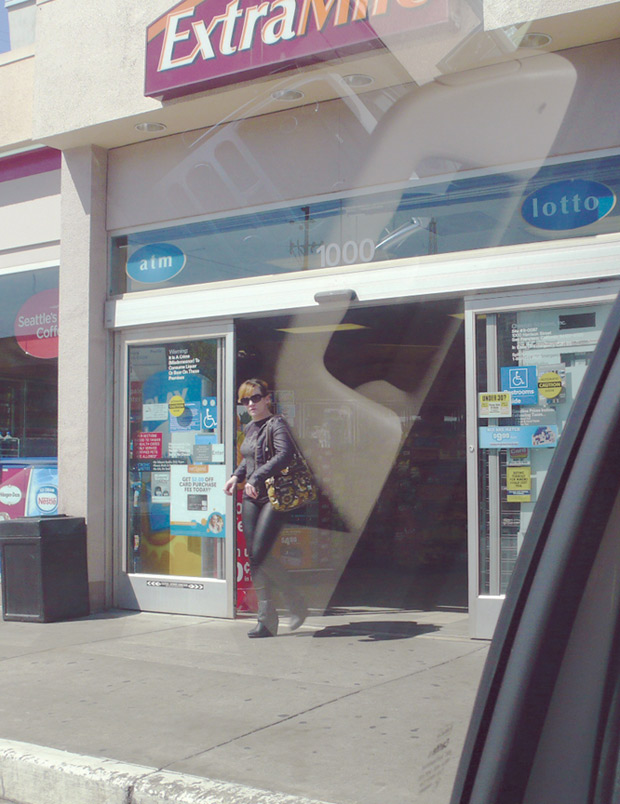 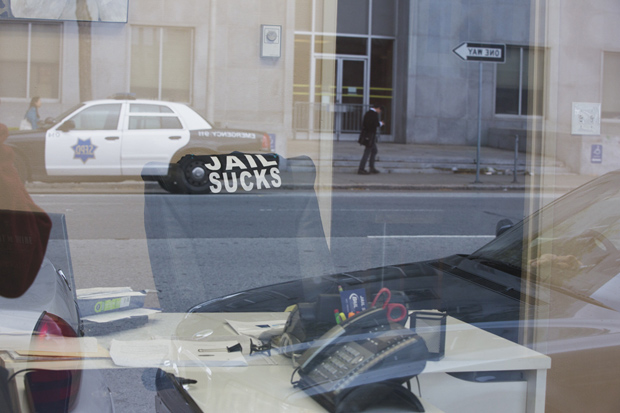 How long did you document Erin for? Are you still doing so?
“I was looking for her for almost two years. I finally hired a private investigator; he found her for me right away. She was in jail. I followed her once in 2013 and once in 2014.

“I’m looking for her again next week. One last time. I want to try and find her and hand deliver the letter that I wrote to her.” 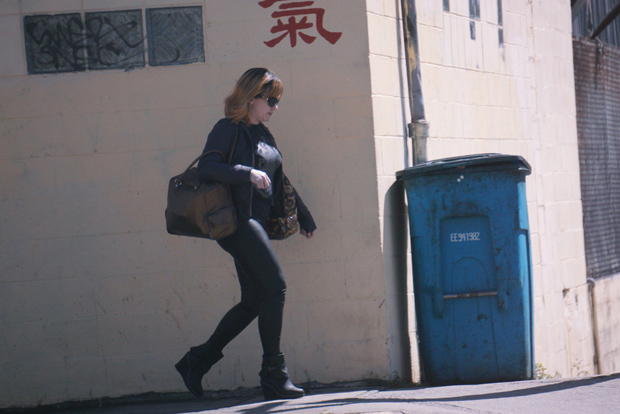 With all the recent press you’ve been getting with this project, and the recent exhibit, do you think there’s an chance Erin might know what you’re up to? How might she react?
“I reached out to her. The gallery where the exhibition was being held sent her, under my request, an invitation that has the information. It says “Dear Erin Hart” on it. It was sent to her most current address at that time in August 2014. When I went to the show about a week later, I went to her address and hand delivered to her door one of the invitations. She did not show up to the opening, as far as I know, or throughout the duration of the exhibition.

“The idea was, if she were to show up, there was a letter in an enclosure in the gallery, with instructions to the staff to hand it to her. It was sealed so no one would read it until she gets it.

“Next week, I’m going to make an attempt to meet with her face to face. I don’t know if it will be successful. She might not even know who I am. My goal is to have a genuine face to face interaction, to be in the same presence, and I don’t know what that is going to be like. I’m eager to find out.” 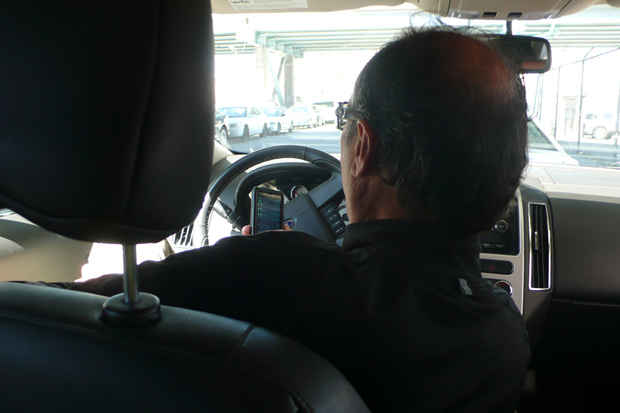 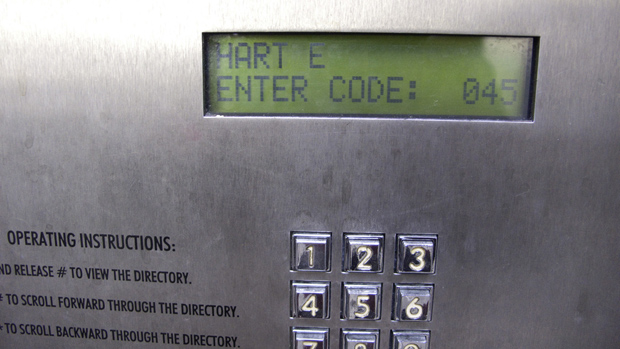 What have you learned about Erin Hart through this process? What most surprised you?
“It’s gone in waves and cycles, where I go through periods where I think she and I are so much alike, and then I land on, ‘oh my god, I would never do what she did.’ I want to say I learned that we have a lot in common, but I don’t know that that’s actually true. I know some things about her background […] that makes me feel like she wants the same things that I want. I think we all have this common desire to be successful and have nice things, to be happy in life, and I think she has that to some degree it seems, at least when she’s assuming someone else’s identity.

“When I look at all the different crimes that she’s been accused of […] it makes me feel like she probably doesn’t have a whole lot of empathy, but I reserve judgement on that. If I were looking at it from an investigative point of view that’s what I would say about her.

“She grew up in a small town like I did. There are little bits and pieces where it’s uncanny that we do share a connection or similar backgrounds.” 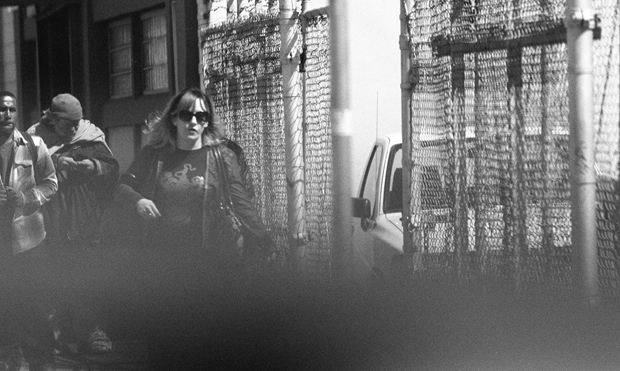 Do you ever empathize with Erin Hart?
“Yes, and I feel like I’m the crazy one. When I say that I have developed empathy for her, people are really surprised. She didn’t commit a heinous crime against me. Though, I don’t see it like I have to forgive her.

“I know I’m a super empathetic and a sensitive person and maybe that contributes to what paths I’ve taken. On the contrary, maybe not being as empathetic, or being able to connect with people as well, has afforded her the ability to do the things that she does, which, in a way, I have a certain amount of respect and envy for. I wish I could not be as worried about what other people think or how they’re feeling sometimes. And she’s mastered that.” 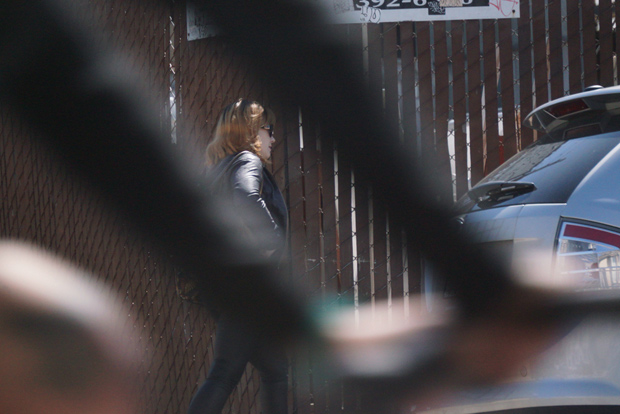 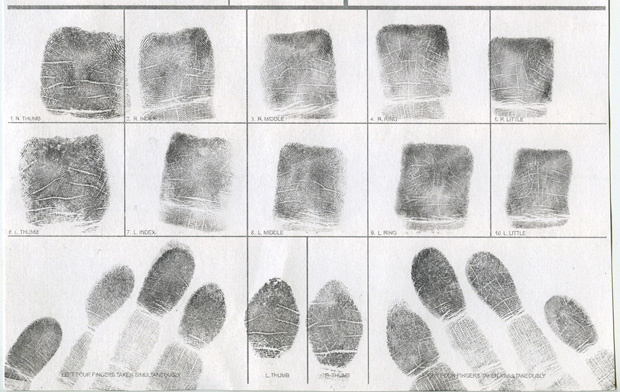 What’s your take on this project?
“It’s not a revenge piece. It’s much more about an understanding of human nature. It adds more depth. It’s so much easier to say it’s revenge, or to say I’ve turned surveillance on its head. The revenge persona I may take on to some degree, but it’s simple what I’m doing. It’s more interesting that it’s a letter to her, Dear Erin Hart.”