Documenting the Search for Gold Along the Bering Sea 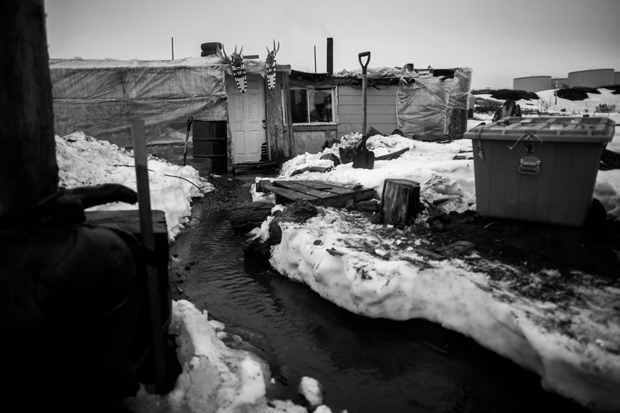 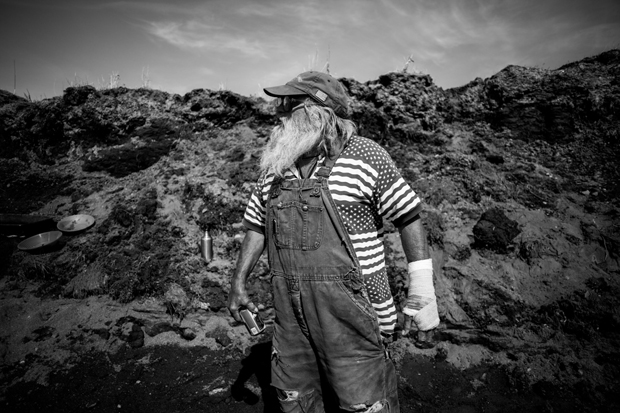 Taylor McIntosh (MFA ’15) is a freelance photographer and filmmaker currently pursuing his MFA at the University of Colorado Boulder. Originally from Maine, Taylor graduated from Keene State College with a degree in Film Production in 2011, and currently works somewhere within the realm of documentary. His project the prospectors and i. documents the lives of prospectors in Nome, Alaska, and his time spent living among them.

“It was explained to me that in a town called Nome there were still men who hunted gold in ways not so dissimilar from 150 years ago,” writes McIntosh. “This gold was not found in rivers or deep inside mountains, but rather along the Bering Sea’s shore, hidden within the sand churned up from the ocean’s floor. Gold so small that it would float away if a prospector was not careful enough. I was told that many men needed extra hands in their search for the mineral, so I went.”

So begins his story, told through his photographs, of going to live in Nome to help locals search for gold in exchange for photographs. Although the intent of McIntosh’s series is documentary, the images remain imbued with a personal perspective, drawing us into the world of modern-day prospecting through the eyes of a participant.

From McIntosh’s statement: “The prospectors and I dug, and dug, and dug. We waited for the ice to break up and recede back into the Bering Sea. We built a house when the town wanted to kick the miners off the beach they had lived on for over twenty years. We dug up old trucks and campers, once occupied, out of the sand in hopes of re-using them as shelters and homes. We gathered and split wood each and every day. We shot guns. We explored. We bought unbelievable amounts of hot chocolate and pop tarts. We dug more and more, sometimes eight or nine hours a day for a few grams of gold. We hunted, and prospected, and sometimes they hunted and prospected and I simply photographed.

Something had brought us all there, to the edge of America. Maybe it was the gold or maybe it was not. Either way, the prospectors and I were there together, searching.” 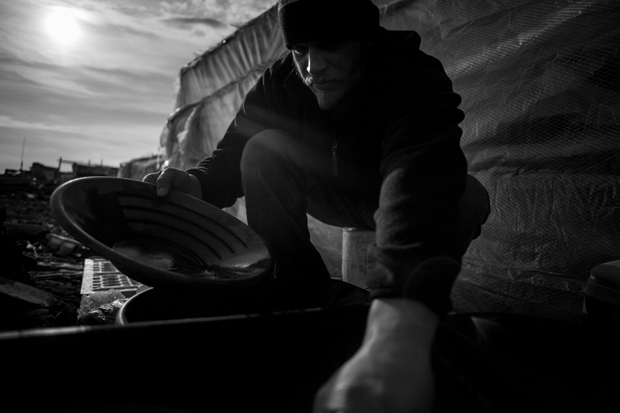 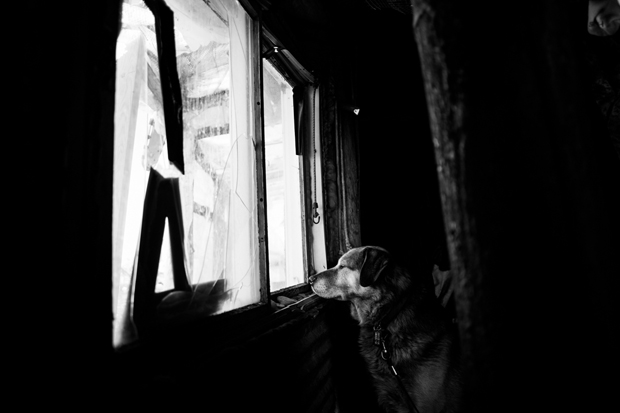 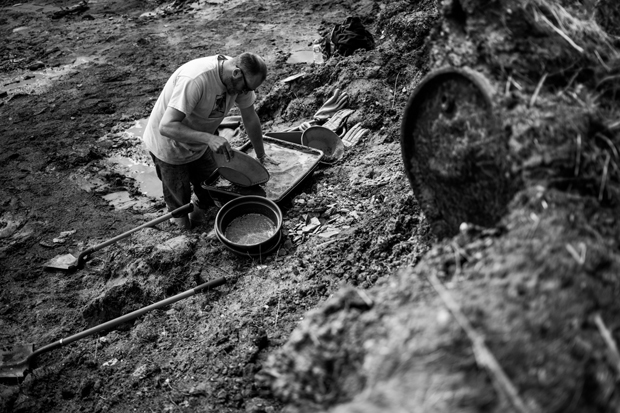 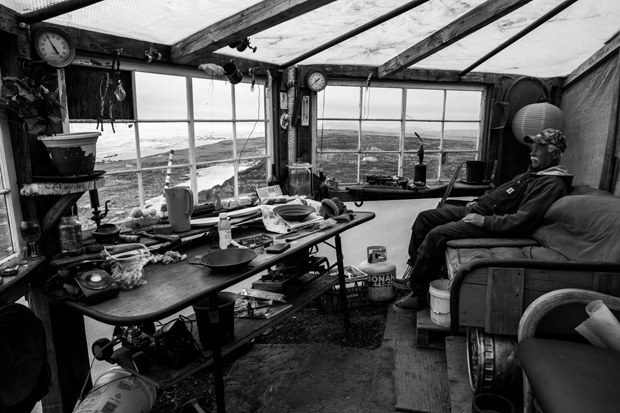 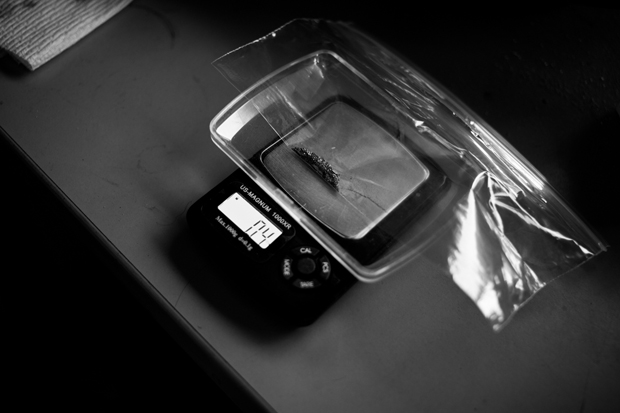 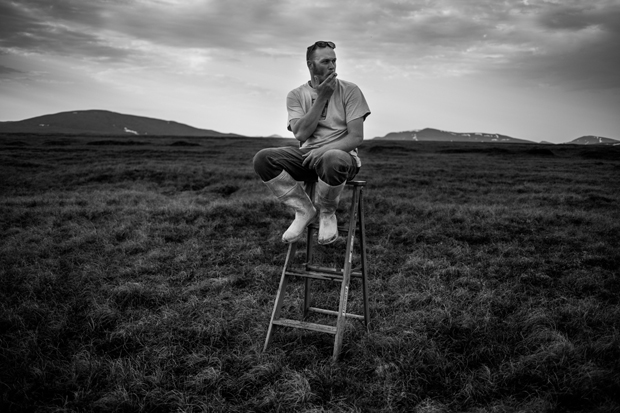 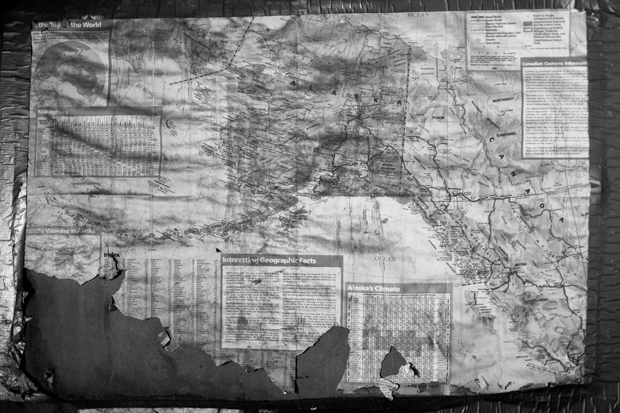 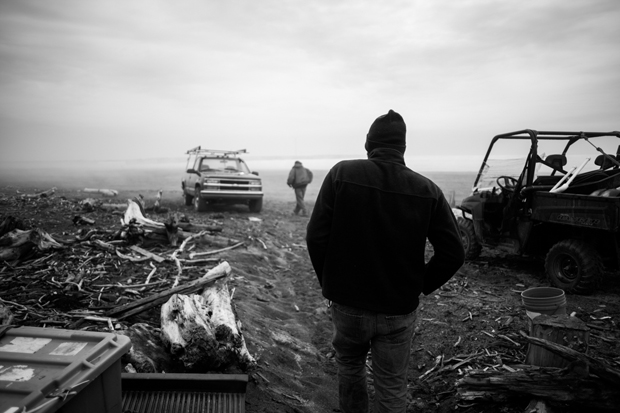 This post was contributed by photographer Acacia Johnson and her student photo blog, Onward Forward.