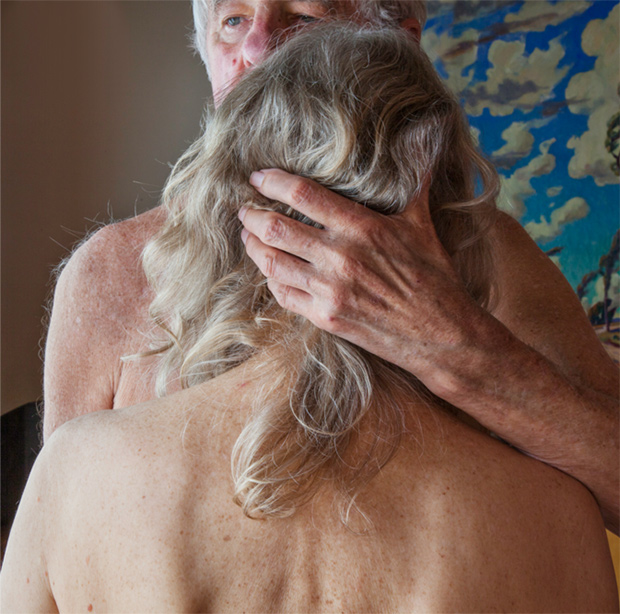 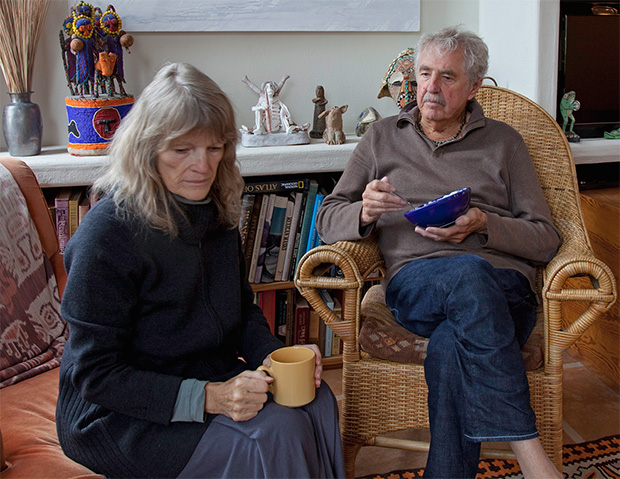 What happens when a photographer gives up photographing for 14 years? In the case of Marin-based photographer Marna Clarke, she returns to it after her partner Igor put a camera back in her hands. After a few years of fine art work, she began work on You’re Not Getting Any Younger when she was 70, unveiling private moments shared with the man who had encouraged her. By turning her lens inward, Clarke takes ownership of her body, not only as a woman but also as a human being coming to terms with aging. In a world that too often denies the sensual desires of those past middle age, she both validates and celebrates the joys and sorrows of the maturing self, riding each emotional tide with determination, frankness, and grace. She spoke to us in detail about her journey.

What was the impetus to get rid of all your photo equipment and leave your photo career behind?
“A lot of things converged. My work/live space was declared illegal by the city of Hartford and I had to move. I had been in it only three years after spending quite some time finding it and sinking some money into it; I was not anxious to start that whole process again. I also was doing more commercial work than my personal work and had hit a wall creatively. A friend convinced me to travel with him, so I decided to sell all my possessions and hit the road. I actually sold most of my photo equipment and my furniture, putting personal and valuable family things in storage. My only regret is selling my beloved Hasselblad!”

What was it like returning to photography after a 13-year break? Were there new or different things you noticed about your process?
“It was frustrating!  During that time digital had emerged. I had sold most of my cameras and had no darkroom..and I actually didn’t want one! Learning digital has been a vertical learning curve.”

“I attended a Portfolio Review in 2010 at PhotoAlliance in San Francisco; one of my reviewers was starting a class at her home and asked me if I wanted to join. I am still going to her once a month for one-on-one coaching/mentoring and find her input invaluable. This is very different from my first photo life. I had not had a formal education in photo and was a bit on my own then.” 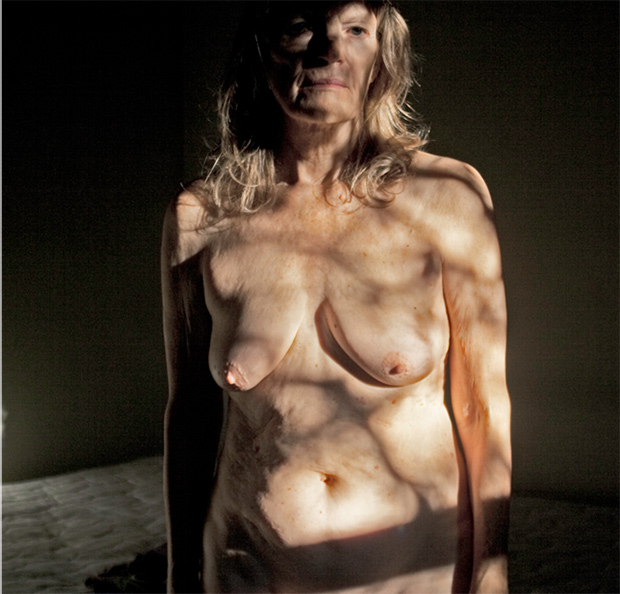 Did you miss making pictures, and did you think you’d ever return to it again?
“Initially I felt relief from my creative stalemate. I became a bit of a gypsy for five years or so, still not photographing! In 1996 I moved to Marin County, just north of San Francisco, and learned how to do accounting/bookkeeping with computer software in order to make money. I displayed my color landscapes in my home, and along came my present partner who loved the work. He eventually bought me a digital camera and told me to go photograph. It was strange revisiting that creative process. I knew a lot about composition and light and discipline, just not the technical part of recording and printing digitally. Initially I did decorative work, mainly close-ups of colorful, peeling tree bark such as madrone and eucalyptus, which taught me about printing color as previously I had only done B&W. Then I met the teacher I mentioned above and she started encouraging me to dig deeper. When I turned 70 and began photographing myself, she was right there nudging me on.”

“When I stopped, I really stopped and never thought about picking it up again. I knew from before how consuming photography could be and that if I were to go into it again, it would be totally. I was surprised how quickly and completely I dove in. It has given me such energy, such a will to take really good care of myself so I can keep going. I see how everything, myself included, is affected by the passage of time.” 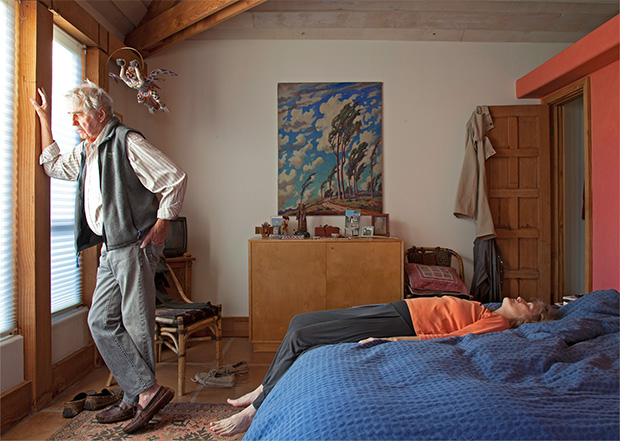 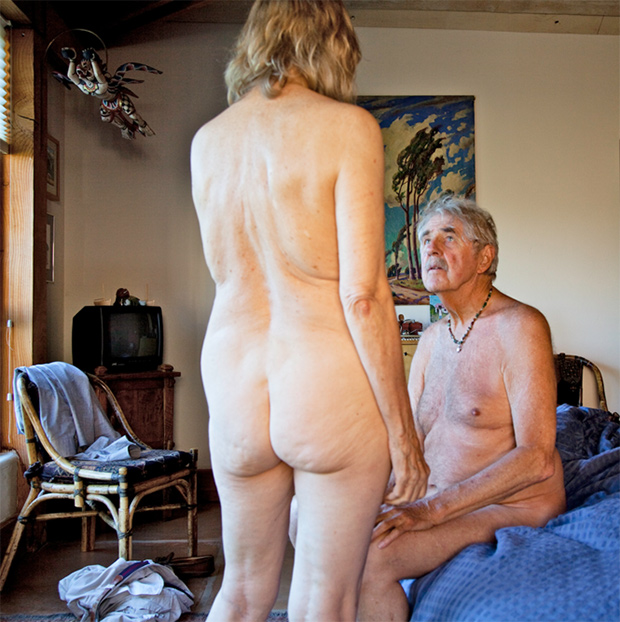 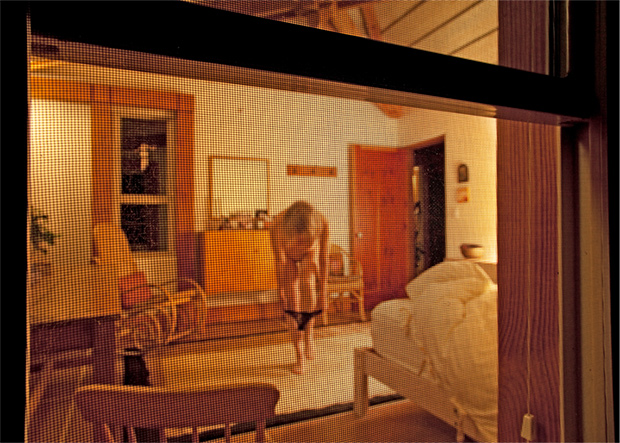 It had been a few years that you’d returned to photography. What made you decide to turn the camera on your relationship with Igor?
“It was a natural outgrowth of my visual exploration of aging. I had begun photographing myself upon turning 70 as a way to make peace with growing older. I was not happy with sagging flesh and thickening midriff and hoped that by exposing my aging body to myself, I could learn to accept it. I needed photos I could hold in my hands as opposed to catching fleeting glimpses in mirrors. I unearthed pictures from my past—school pictures, unposed ones my father took as I was growing up, self-portraits—to gain perspective about who I am now by seeing who I was along the way. I wrote daily to ground myself with words describing anything and everything that I was feeling and thinking. In this process I began photographing myself in relation to my partner and our lives.”

What has the response generally been?
“Generally very positive. Some family members and good friends had difficulty appreciating the work initially. Some people can’t or won’t look at it and some don’t understand it. Aging seems to be one of the last taboos in our culture—we know it’s happening but don’t want to be reminded, especially with photos. Women in general and older people seem to feel an affinity with the work. 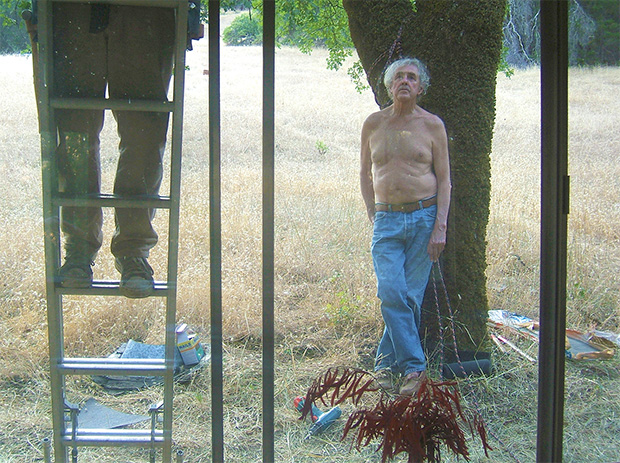 How have the images affected your relationship with Igor—if at all?
“The images have not, but the project has. I feel Igor has more respect for my work now and for me as an artist. He’s more tolerant and understanding of my requests for being in a photo. He asks me for feedback on some of his own creative projects. I have more confidence.”

What reservations did you or Igor have about putting your relationship out for public view?
“I have photographed and exhibited myself for decades, nude and clothed, but not as an older woman. I kept getting incredible feedback from the very beginning. I also got some devastating feedback and learned to be careful to whom I showed the work. I decided to exhibit some of it in December 2013 in a gallery I belong to where I live. I was nervous about showing such personal work in this small rural community, albeit one with an unusually well-educated, intelligent, accomplished populace. Igor was nervous as well—he was afraid no one would be interested and that I would be devastated.

“The opening was mind-blowing! Perfect strangers approached me with tears in their eyes from feeling a kinship with the work. I sold quite a few of the small books I had made. A journalist from the Marin Independent Journal, the county’s main newspaper, wrote a very positive article after the opening. I was interviewed twice on the local radio station. And I enjoyed the exhilaration that comes from being scared, taking the risk, and succeeding.” 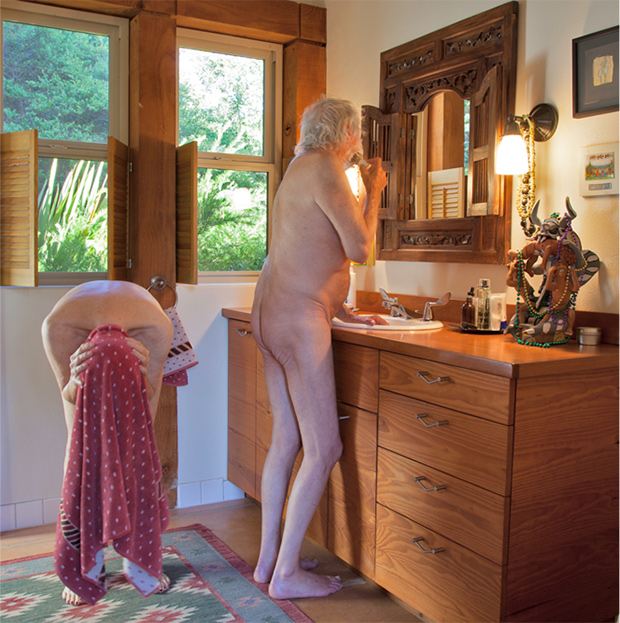 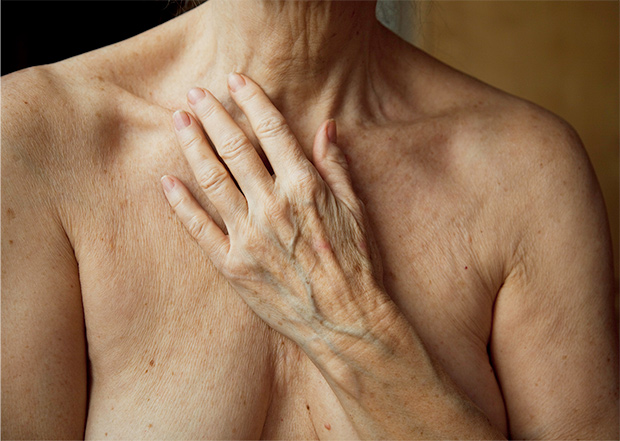 All images © Marna Clarke. Clarke was a finalist in Photolucida’s Critical Mass 2014 competition.