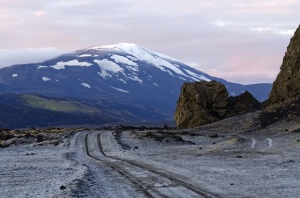 Dawn in the frost covered lava fields near Landmannalaugar in southern Iceland on September 21, 2011.