The Last Remaining Residents of an Estonian Shanty Town 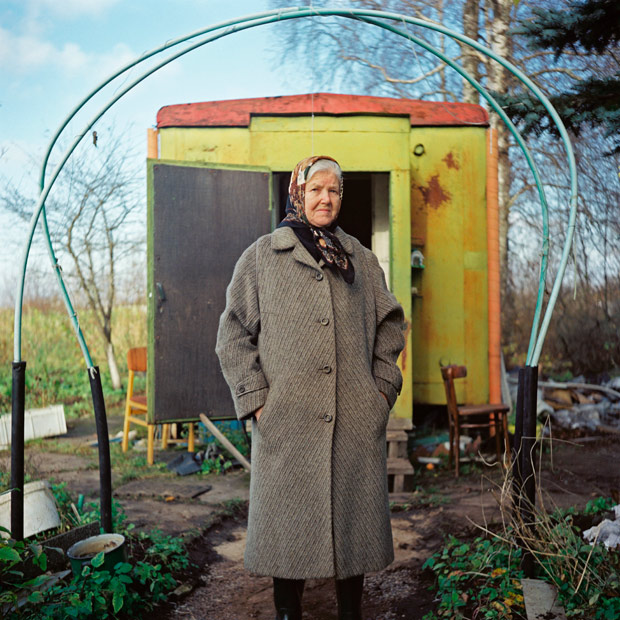 Tamara on the eve of moving day. She is embittered that the authorities would not let the old people die in peace: “We have created so much beauty here.” Tamara designed and erected the gates made of plastic pipes and rubber hoses herself. Krasota (Splendor)! 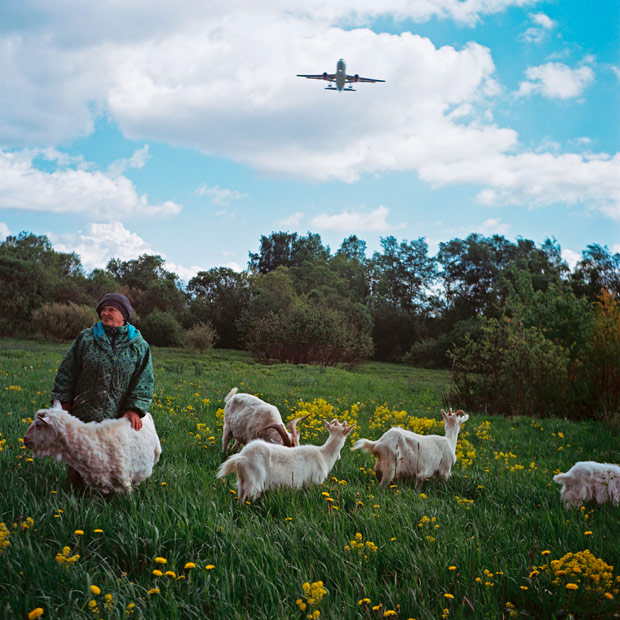 Svetlana Ivnitskaya (57) is a most famous resident at Soodevhe shanty town. This spring (2014) she was a popular candidate for European Parliament election. Jobless, Ivnitskaya lives in a house that has no electricity, sharing it with her husband Boris and a goatherd.

In the 1960s just outside of Tallinn, Estonia, workers of a military factory were given free patches of land for people to plant gardens and grow vegetables. The location gradually became a sort of shanty town in the spirit of the Russian “dachas” (a small seasonal house away from the city), while some citizens chose to call it their permanent residence. Photographer Annika Haas captures the fading pieces of this eclectic culture, soon to be paved over in service of the nearby airport. Plane Watchers memorializes the spirit and stories of those who call the dacha district their home, cherishing each and every day until they are forced to leave.

Known as Soodevahe, the micro-community has fallen into disrepair in recent years as young people have become no longer interested in the idea of an idyllic country life. Most residents left are quite elderly and many of the empty hovels are taken over by squatters and homeless who let the structures fall into shambles. No longer a flowering tribute to man and nature living in harmony, Soodevahe is seen as an eye sore to those on the outside and a decision was made to demolish the area and evict its residents, many of whom have dwelled there for decades.

Haas captures the remaining true township, each colorful cottage and personality imbued with a quiet melancholy. Soodevahe is the last of a rich and unique culture, each one of its inhabitants with tales to tell. Pictured above with her goats, dacha-resident Svetlana Ivnitskaya continues to be firmly planted at her home and spends her time running for a spot in the European Parliament office. Her political platform includes abolishing all taxes, disbanding the army and giving every person in the European Union 500 euros a month for their entire lives. Undeterred by her circumstances, Ivnitskaya pushes ahead with her campaign and her dreams, even as the planes soar overhead as a foreboding reminder of what is to come. 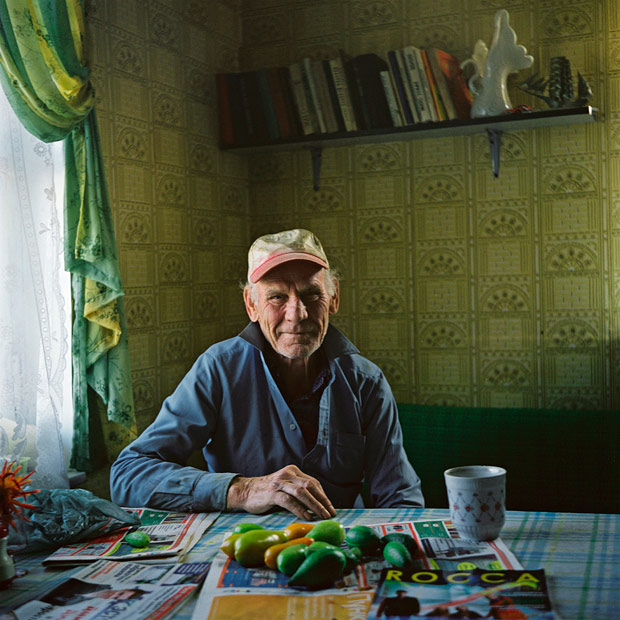 Ivan. In fall 2011, ominous yellow notices appeared on the garden gates of the dacha district, predicting the demise of the veggie-plot culture: “Dear citizens! In November 2011, Tallinn Airport Ltd will begin preparations for the expansion of our territory. With regard to that, we ask you to vacate and tidy the plot you have used by 1 November 2011 at the latest. As of that date it is prohibited to stay on the plots!”

When Ivan found out that the bulldozers were coming to knock his shack over, he drank an entire bottle of vodka and set fire on the cottage that already looked like a proper house. 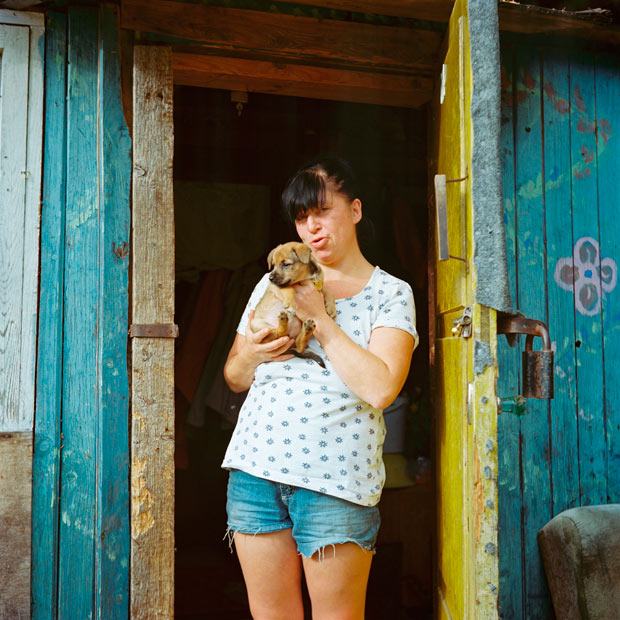 Anzhelka. Permanent resident of Suur-Sõjamäe, Anzhelka had the wits to purchase her cottage plot in the 90’s and now she can wave a legal document to show to the dozer driver; a document that no bureaucrat can revoke. Money makes no difference to her, despite airport authorities’ repeated attempts to buy her land. 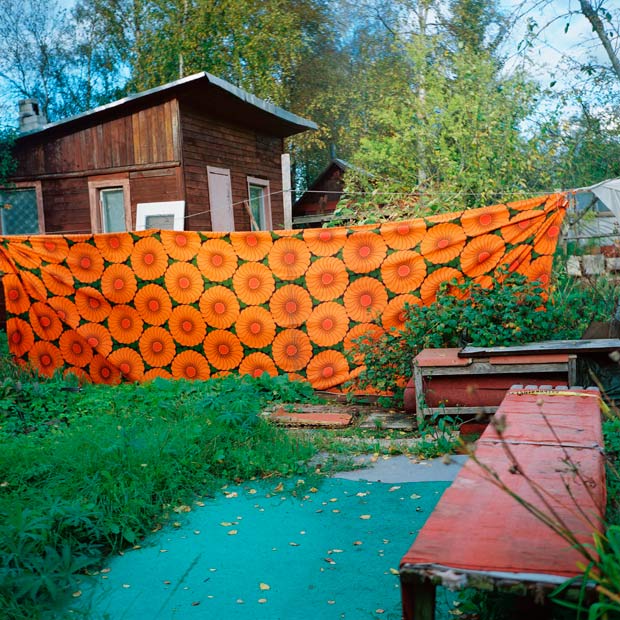 A flower garden for all seasons. 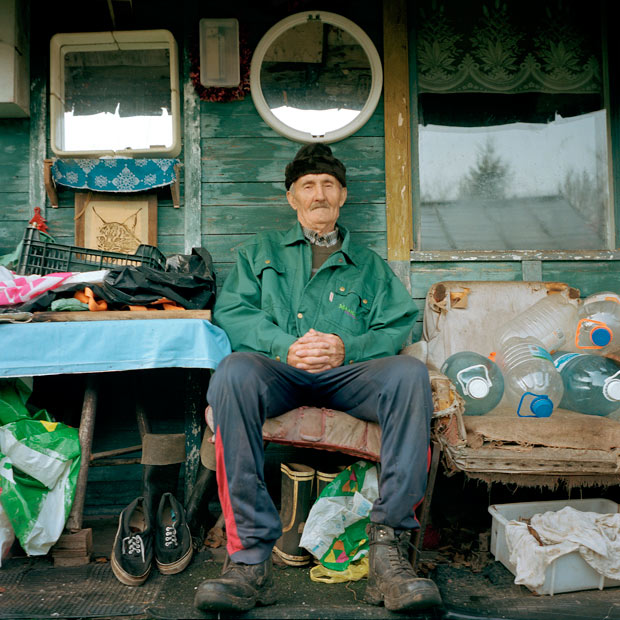 Arkady, his wife Tamara, and their (currently 12) cats have lived at Suur-Sõjamäe for over 30 years. They gave their city flat to their children. Now they are told to leave their hut because of the expansion of the airfield. Arkady and Tamara no longer have a city residence, however they have found a new dacha further away that is unthreatened by the expansion, at least not for a few years. “We will already be dead by that time anyway.” 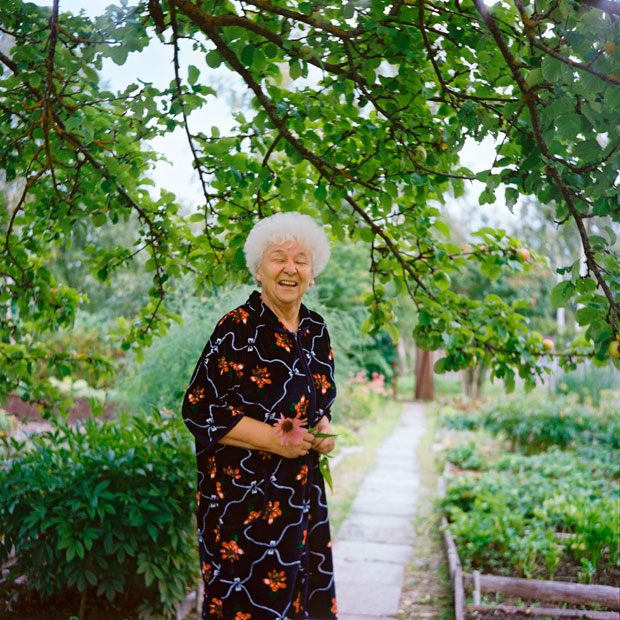 Lyudmila is one of the few who actually bought her plot from the state long ago. Today, there is not a single law that would force her out of her dacha. Airport authorities have offered her quite a lot of money, but the elderly woman says that she would not give up her land even if they ran her down with a plane. Thus, it seems that the airport cannot pour concrete over everything after all. 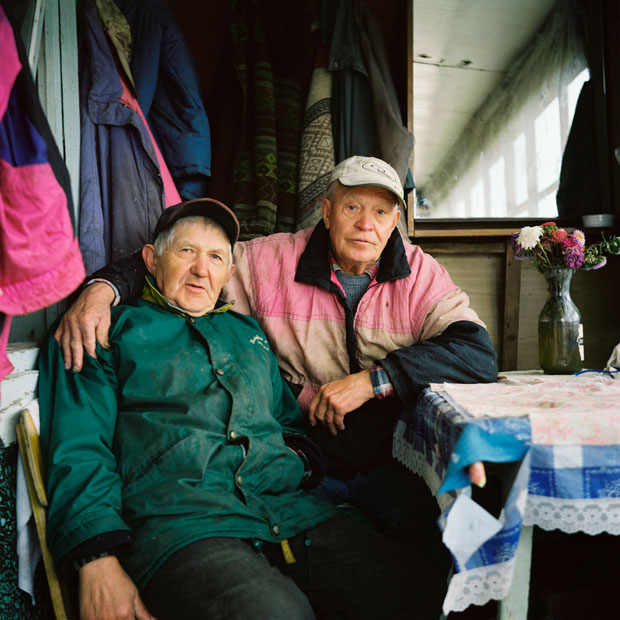 A Russian and a Ukrainian. Good next-door neighbors. 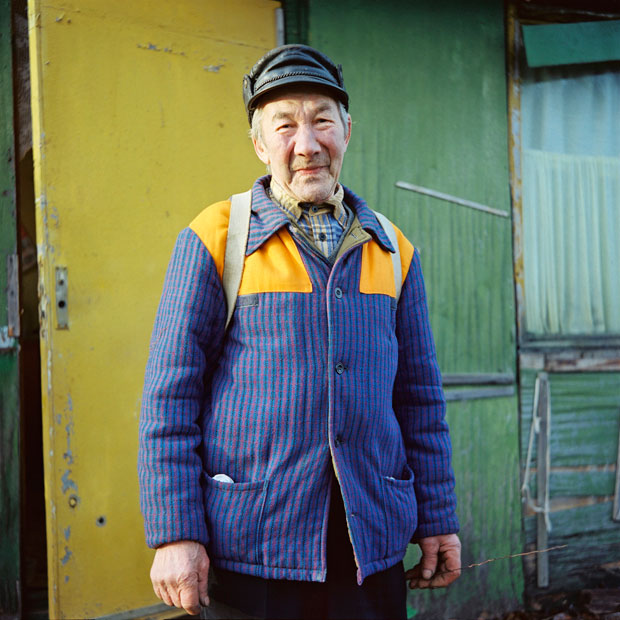 Aleksey’s last moments at the dacha he is vacating. 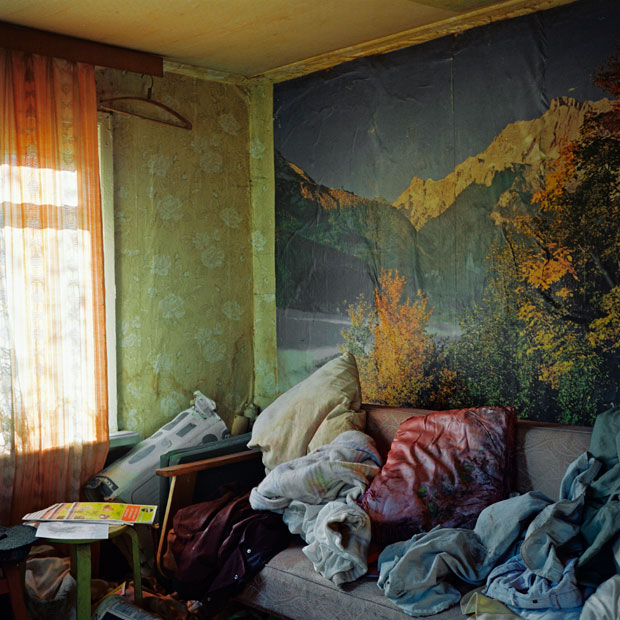 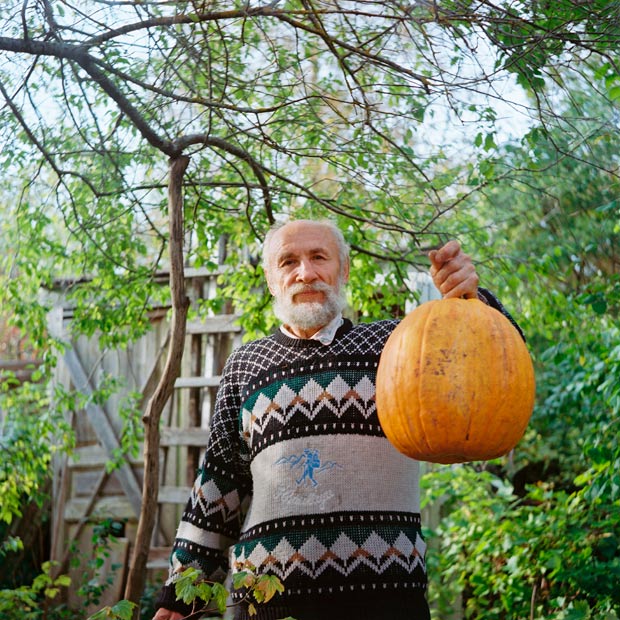 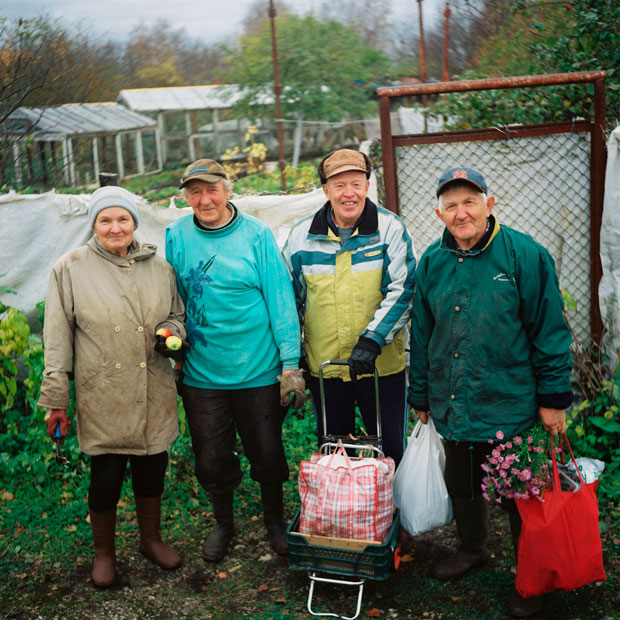 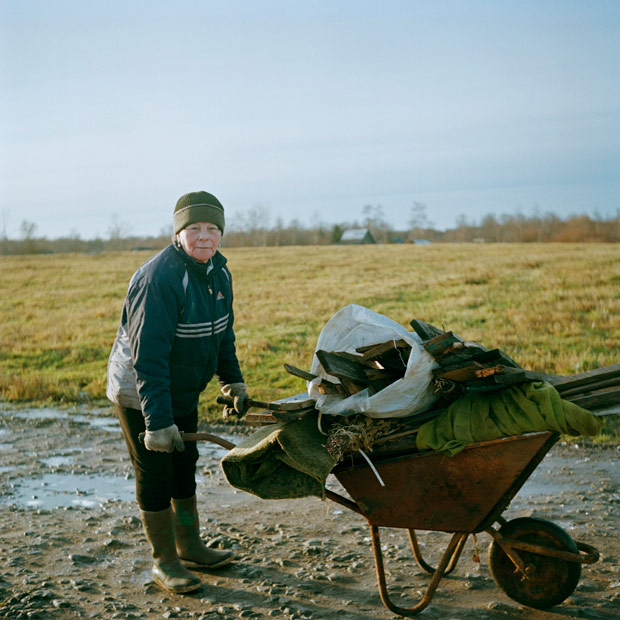 Milling about the dacha…