A Glimpse Beyond the Doors of German Slaughterhouses 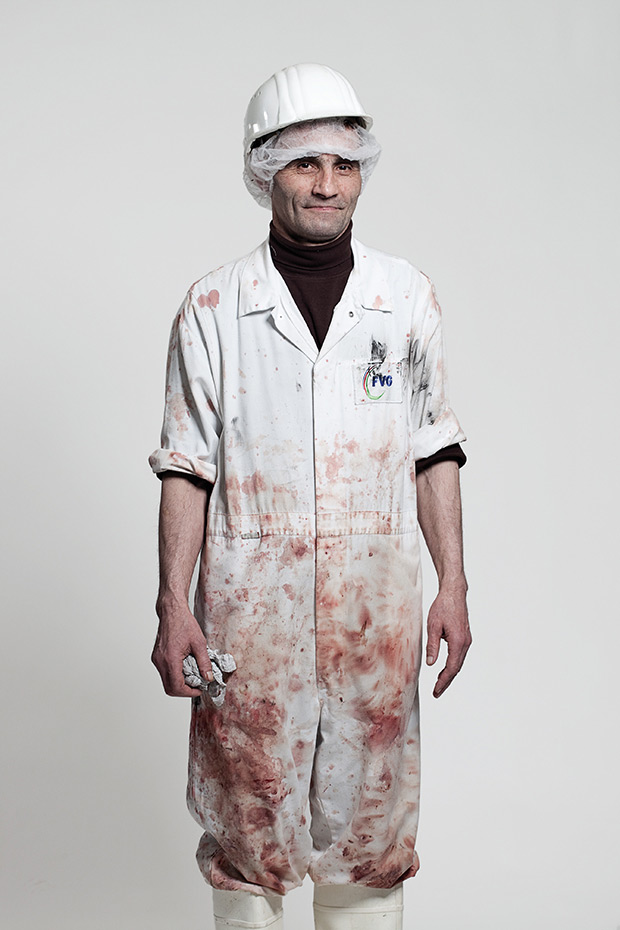 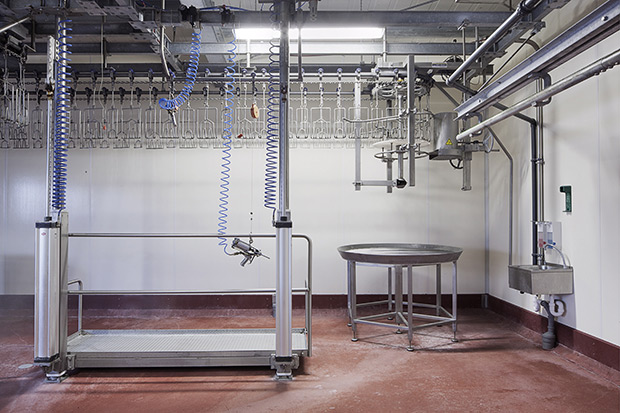 Julia Unkel invites us beyond the psychological and physical barrier of food production, confronting the hard facts of slaughterhouses in Im Angesicht (translated “In the face”). The photographer spent over six months inquiring at various locations across Germany, frequently turned away even after repeated requests. Her series catalogs five different slaughterhouses, ranging in size from small family-run butcheries to factory-style warehouses with multiple “lines” that go through around 20,000 pigs a day. Whether cows, pigs or poultry, slaughterhouses are often supported with government subsidies despite local protests on the issue. Unkel sites a poultry operation in Wieze that kills in excess of 384,000 per day as a particular source of tension and outcry.

Despite the doubtless blood and grit that takes place, Unkel captures these locations relatively gore-free, the empty rooms, workers and even the decapitated heads shot sterile and austere under the bright lights. In smaller slaughterhouses, the work is still considered a trade, passed down from one generation to the next and run entirely by the family and a few acquaintances. However the local abattoir has mostly become a thing of the past, replaced by mammoth operations with cheaply hired labor who generally come from Eastern Europe to work for a season. Because of the language barrier, Unkel found very few individuals on the “slaughter line” with whom she could communicate, but acknowledges an overall passive desensitization that seems to wash the workers and surprisingly, herself. For the employees of massive slaughterhouses, the blood, stench and death are all simply part of the job and must be endured.

Unkel notes that there is a strange emotional transformation that takes place once an animal is dead, suddenly becoming nothing more than a piece of meat. Though she became numb to the sights and sounds after a period of time, the photographer is still haunted by the memory of “animals which look at you while their life is fading”. Because of this, Im Angesicht is purposefully left devoid of any truly gruesome imagery, the slaughterhouses quiet and the landscape stoic. Unkel wishes the viewer to enter these images without a direct opinion, attempting to make connections about our food’s origins without being overtly confrontational.

“Showing bloody floors and equipment would surely deter most people right away,” she says, “People would not look because they do not really want to know.” 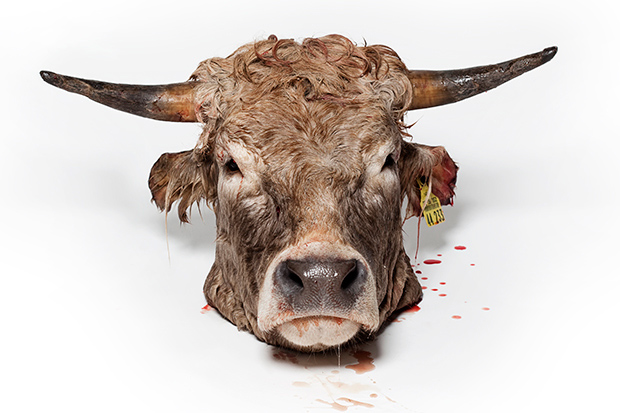 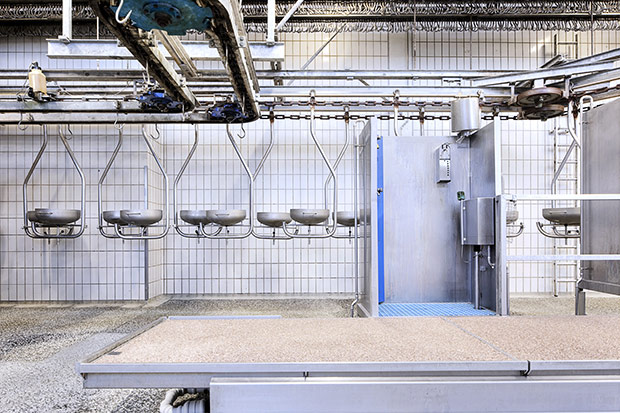 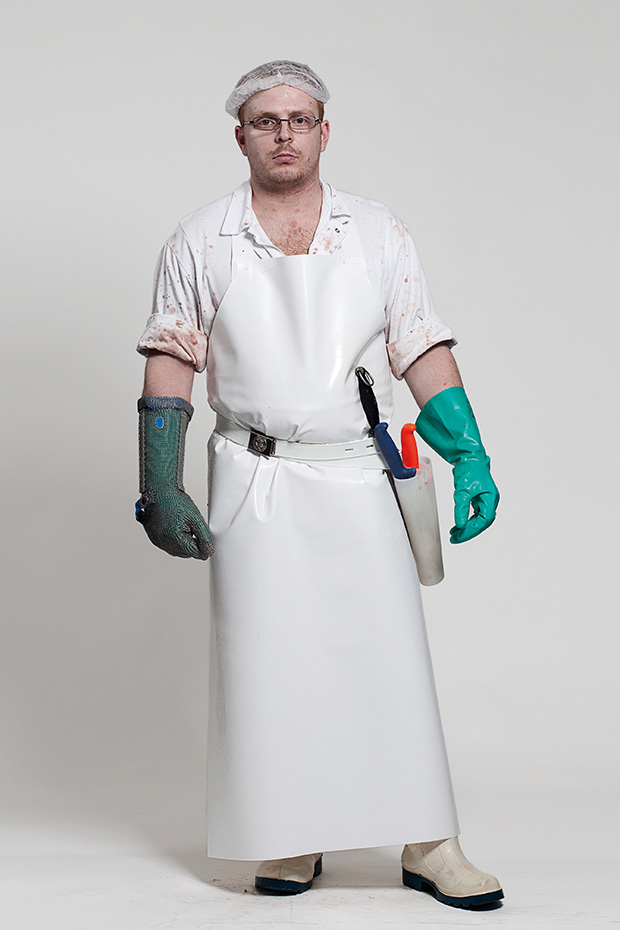 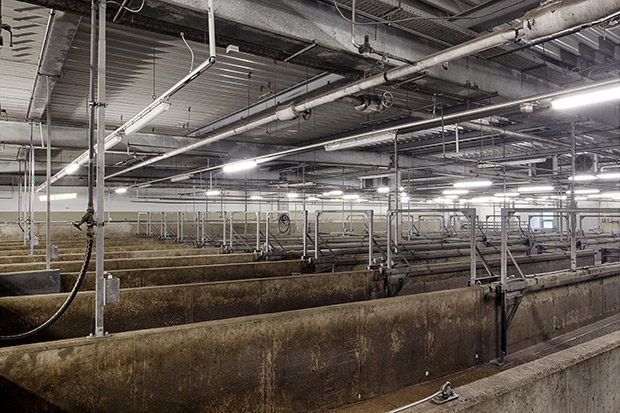 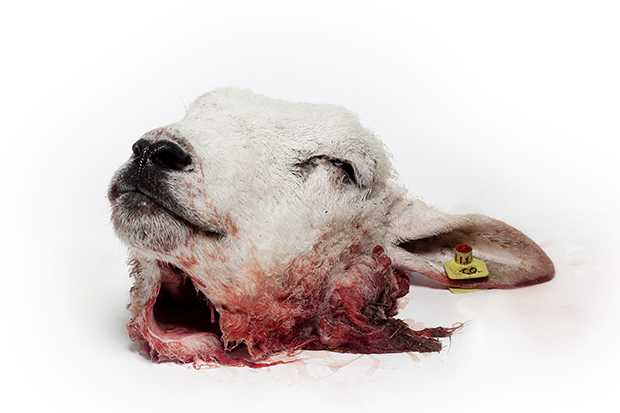 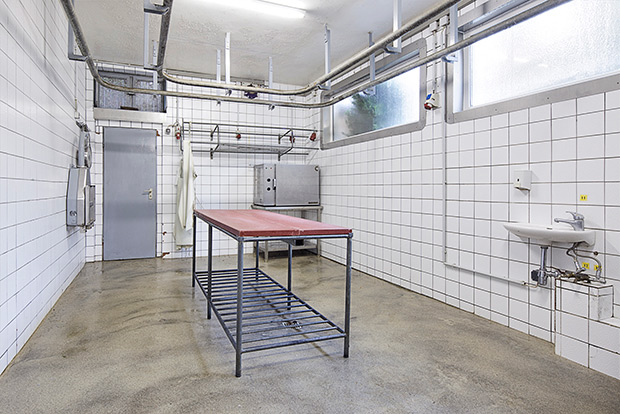 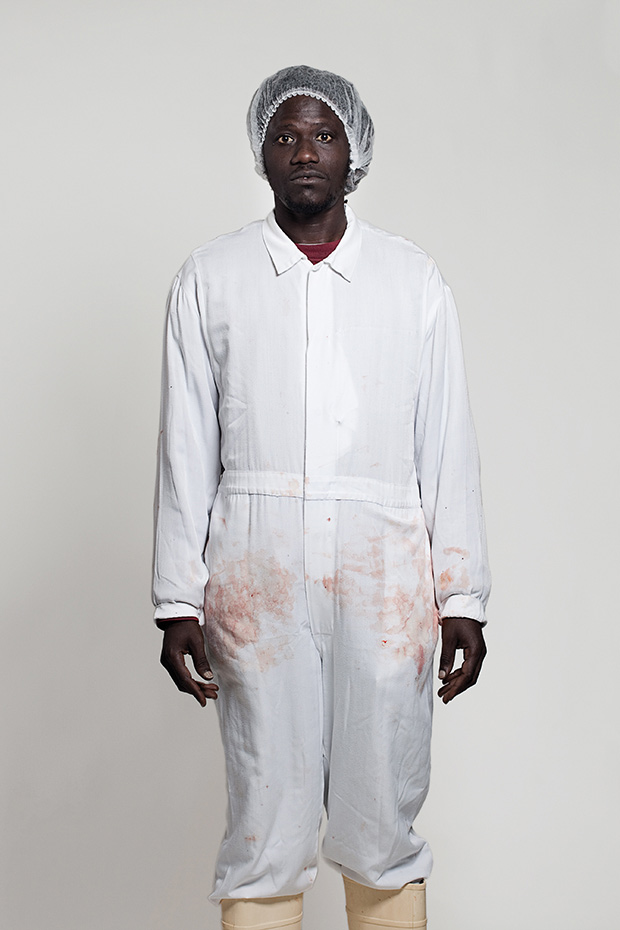 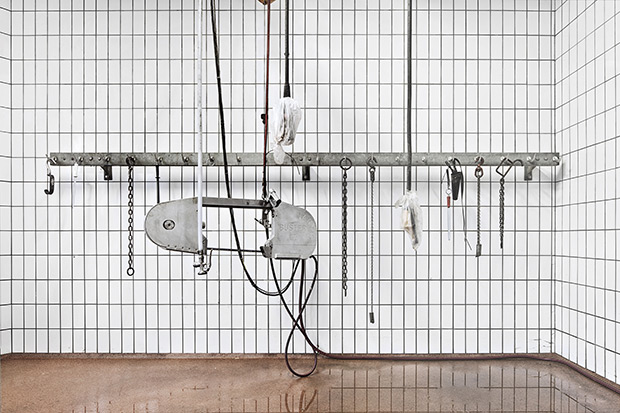 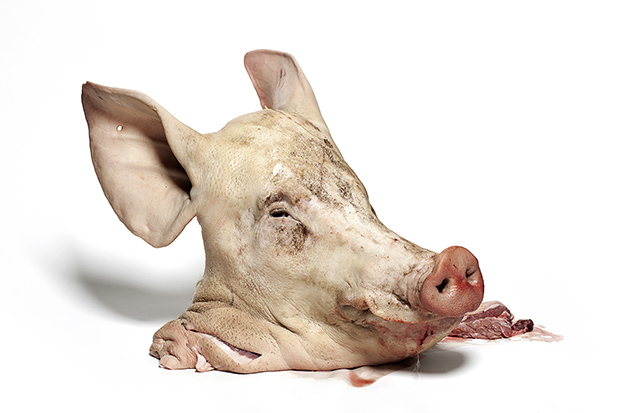 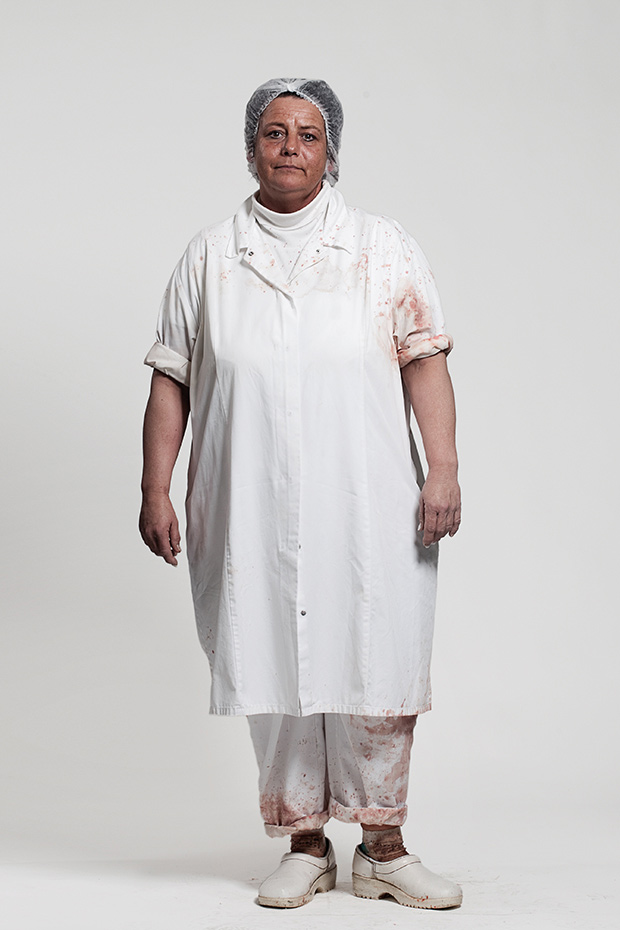 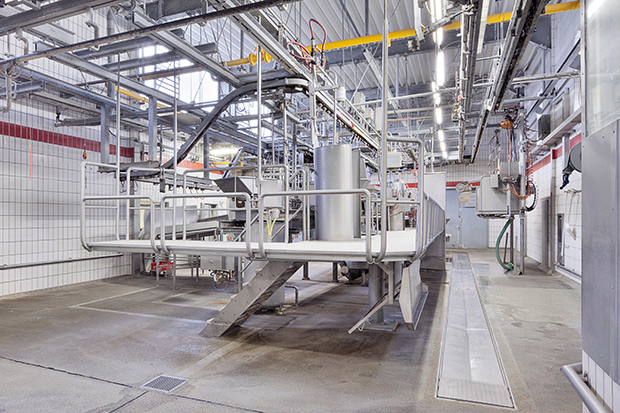