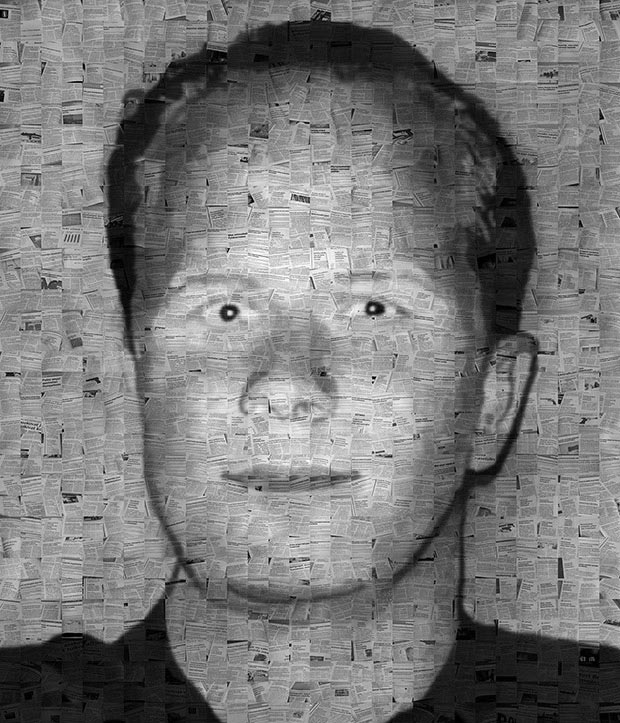 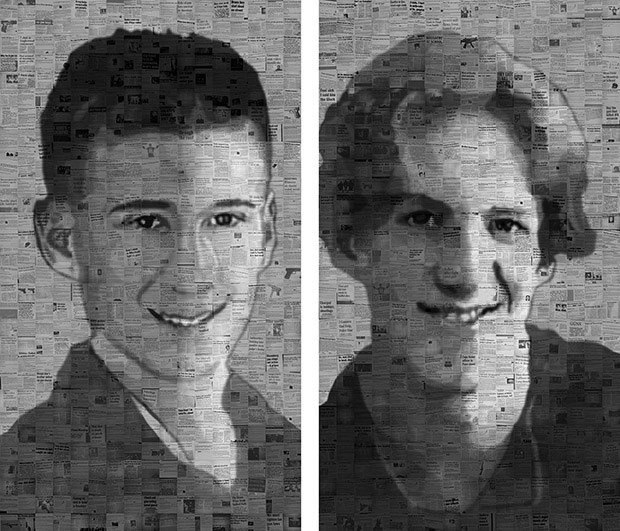 In the last several decades, school violence has become an international phenomenon. The highly publicized 1999 Columbine High School massacre in rural Colorado was just one of these instances, resulting in multiple dead and a bewildered community torn apart. Photographer Harri Pälviranta examines the culture of violence that permeates these tragedies in his series News portraits (school shooters). Constructed from over 1000 various newspaper clippings and online articles, each young perpetrator is illustrated with the descriptions of his deadly actions. Pälviranta presents a series of ten portraits in total: five from the United States, two from Germany, two from Finland and one from Brazil. The reports for each shooter are from the country in which the incident occurred, a complex reflection of that particular society’s thoughts and conclusions of the tragedy.

In studying each massacre, Pälviranta notes that research has been able to pinpoint certain similarities in school shooters. Almost always motivated by personal issues, students who turn violent have experienced years of slowly becoming removed from peers and in some sense, from the everyday world around them. Bullying, alienation and rejection are common triggers, resulting in a dramatic and desperate attempt to redeem themselves through violence and imagined glory. The events are often deeply premeditated and rarely impulsive, the culmination of a long and lonely thought process that ends in catastrophe.

News portraits offers a multi-layered critique of these tragedies, both in how perpetrators are portrayed publicly and our assumptions of them. Journalism is frequently accused of sensationalizing such stories over objective reporting, potentially glamorizing the event for other would-be shooters sitting quietly unknown in their homes. News headlines can also paint shooters as monsters, and in these oversized black and white portraits there is a feeling of “the other” – a mind, soul and intent alien to us. In this aspect, the series confronts our own perspective of these events and the fear, discomfort and sorrow that goes along with horrific tragedies. The many voices all weigh in to cast judgment and solve the puzzle, somehow seemingly pointless in the wake of another mass-murder.

News portraits (school shooters) was shortlisted for £20, 000 MAC International Award. All shortlisted artists including Pälviranta’s work will be on display at The MAC galleries in Belfast, Ireland from 31st October 31st, 2014 to January 18th, 2015. 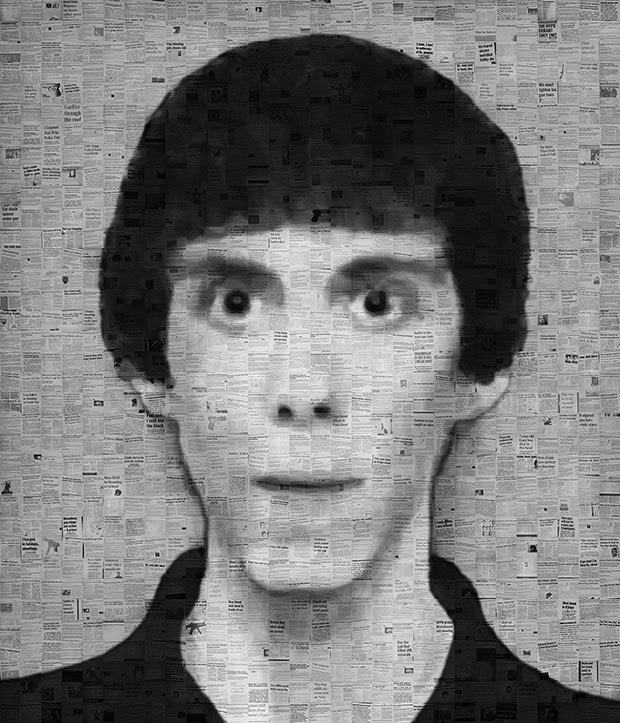 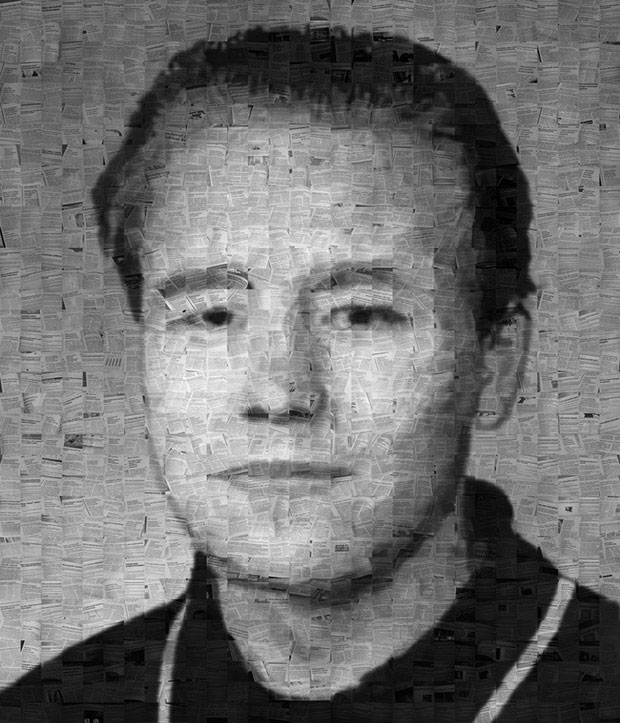 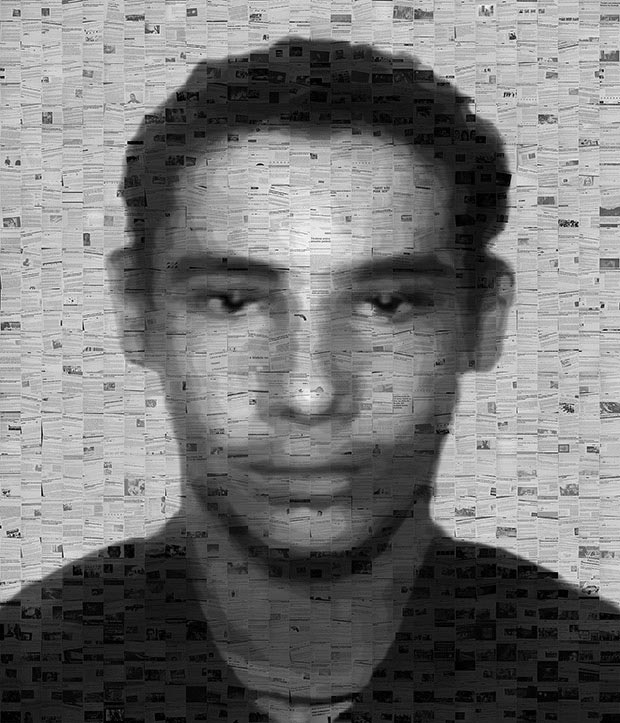 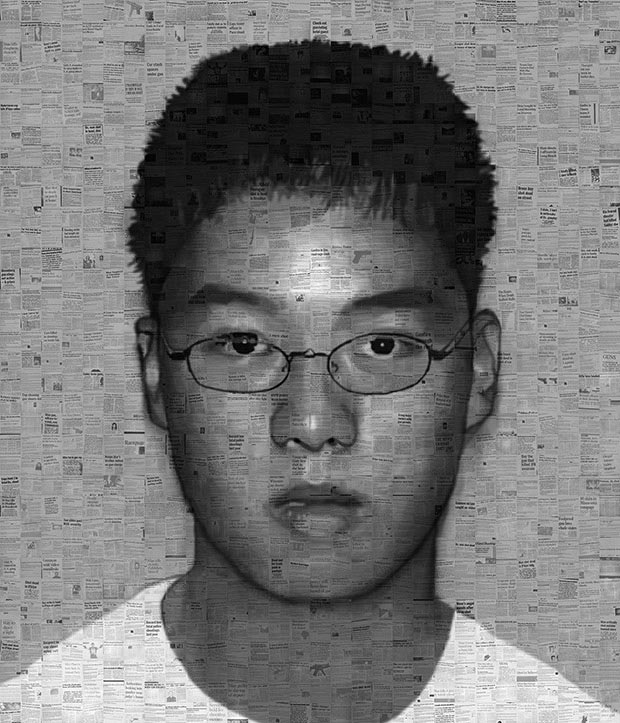 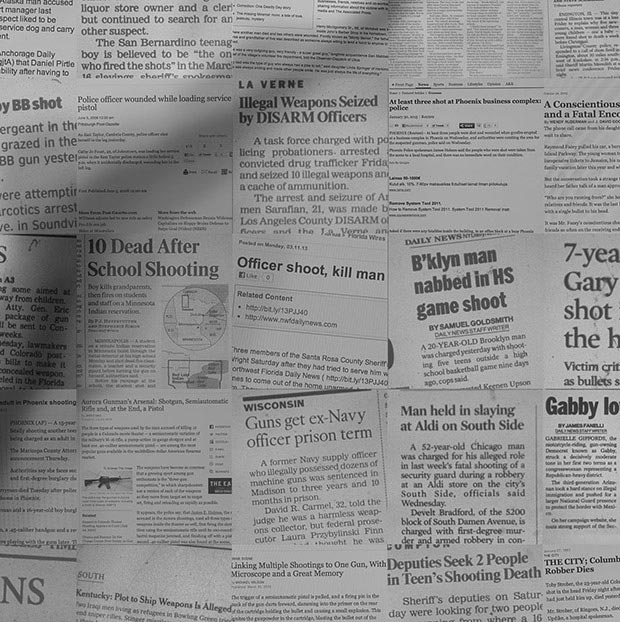 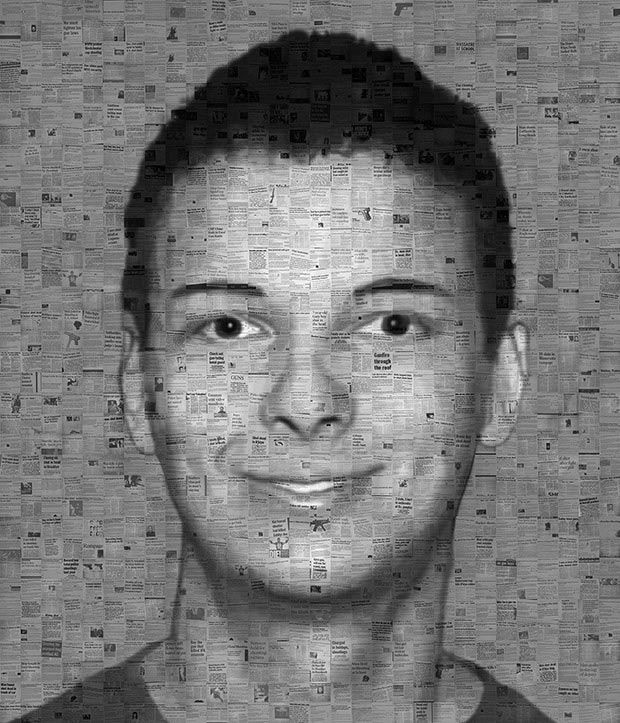 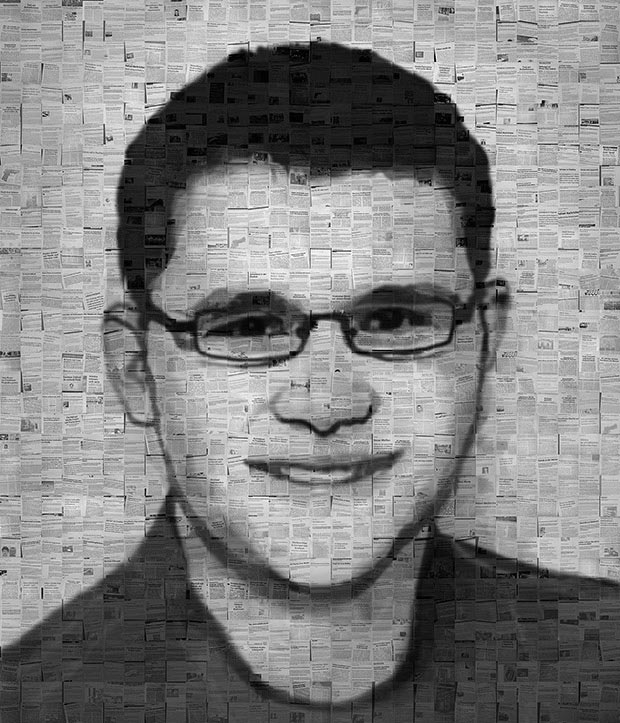 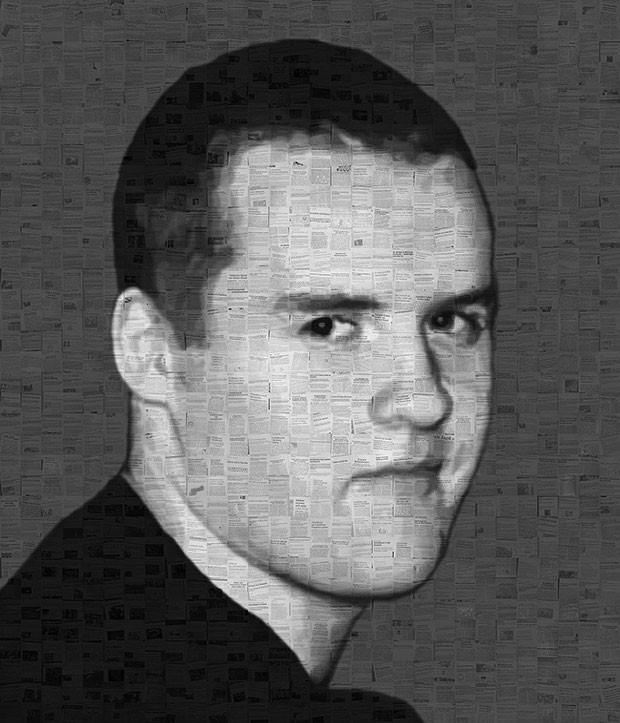 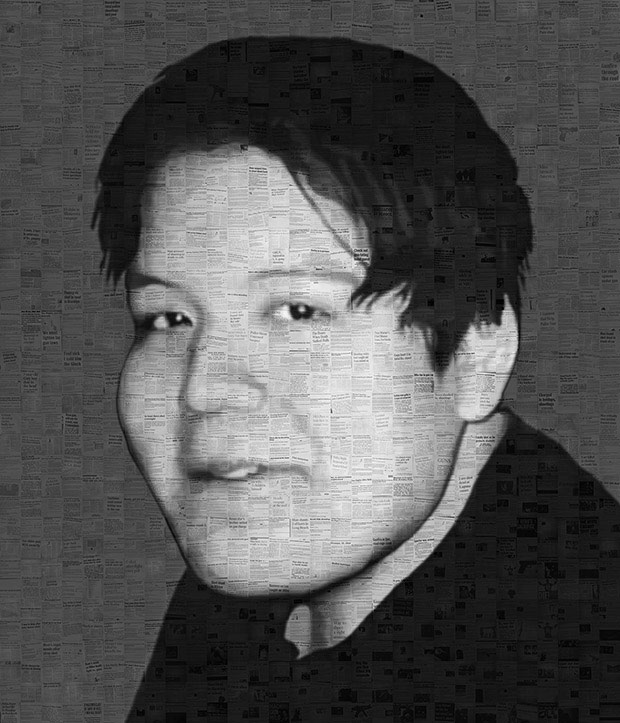