Artist Bibiana Creates an Immersive Installation for ‘Reframe’ at Photoville 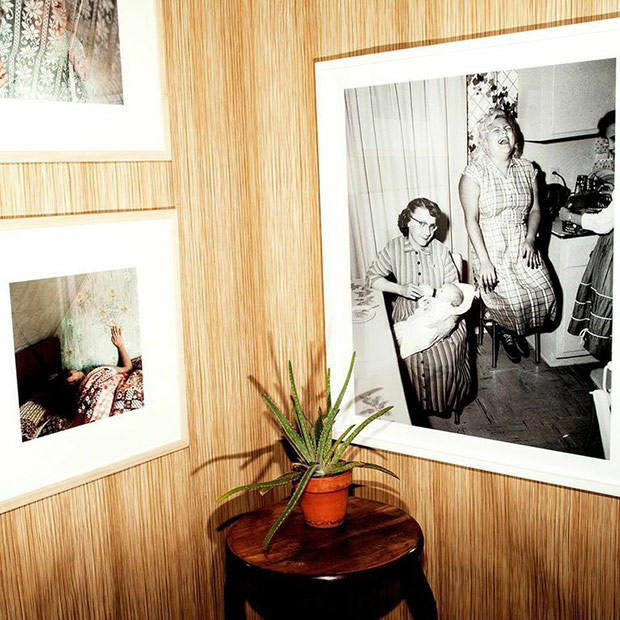 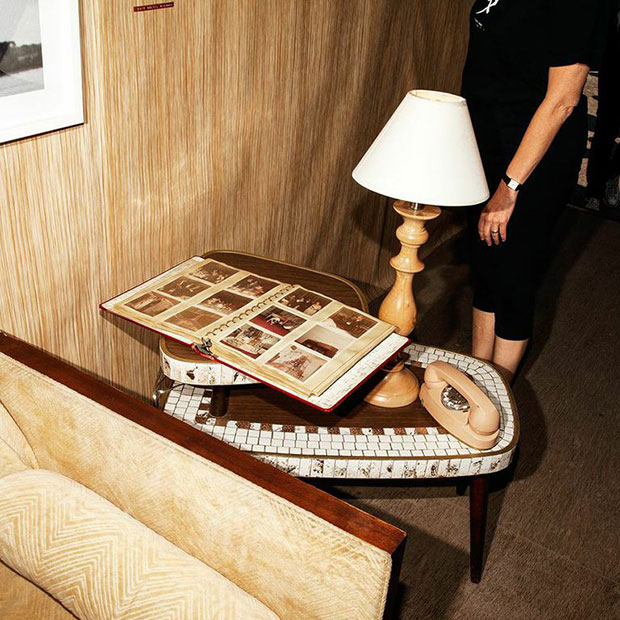 To create the immersive installation of Reframe: An Exploration of Memory and Nostalgia at Photoville, Feature Shoot commissioned the talents of Czech multidisciplinary artist Bibiana. Based in New York City, Bibiana’s focus on photography, film, set design and installation was a perfect match for creating an environment in the 20-foot shipping container at Pier 5 in Brooklyn.

Working within the parameters of nostalgia as an overall concept, Bibiana set out to transform the space into an inviting living room while not overwhelming the exhibition work to be hung on the walls. The final scheme was designed around a 1960s and 1970s aesthetic, presenting warmth, texture and context in a neutral palette. Searching high and low for the perfect props, Bibiana collected salvaged pieces from estate sales, Craigslist and friend’s attics, traveling everywhere from East New York to Bushwick to upstate New York for various elements. Reframe is graced with a second-hand couch, a photo album from the 60s, a side table and a smattering of eclectic props with a houseplant or two for added homeyness. After the nearly 12 hour install, the environment works as a seamless but crucial element of the exhibition, quietly showcasing the artists and giving viewers a chance to experience something akin to a grandmother’s living room.

Feature Shoot’s Reframe is currently on display at Photoville until September 28th, 2014.