VINE Sanctuary: A Refuge for Animals (and Humans) in Vermont 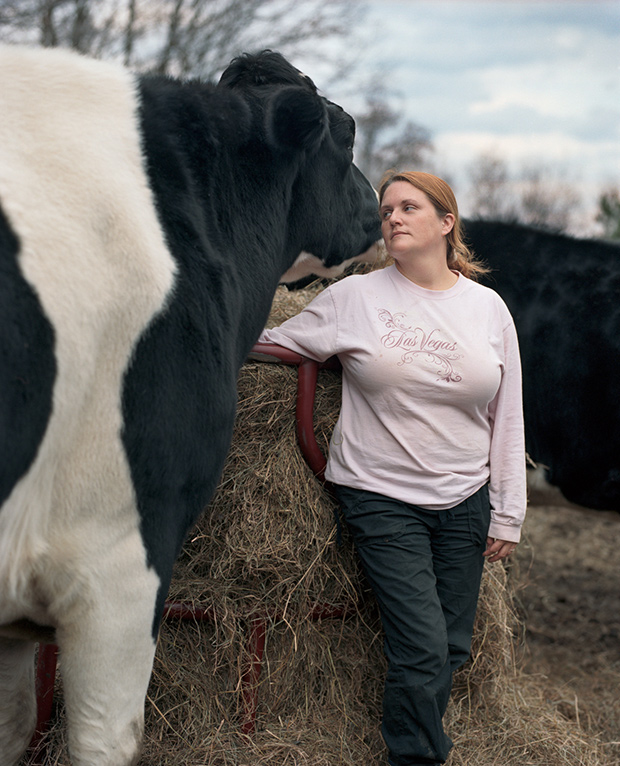 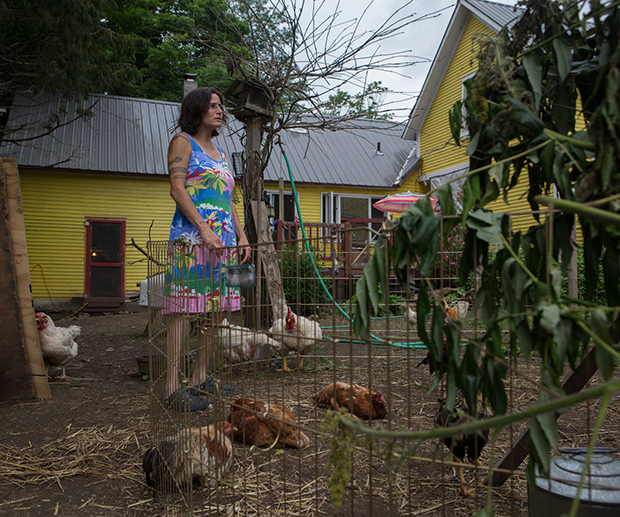 Miriam and the Latest Rescues

Animal rights is a polarizing subject, with the immediate power to cause reactionary arguments, even if one is simply noisily declaring one’s position. Sanctuary is Minneapolis-based photographer Selena Salfen‘s project on VINE Sanctuary, a group in Vermont that provides “a haven for animals who have escaped or been rescued from the meat, dairy, and egg industries or other abusive circumstances, such as cockfights or pigeon-shoots.”

Salfen, who at the time was living in New York and had been considering veganism herself, was interested in what seemed one of the purest forms of this tendentious belief system, which includes mistreatment of humans—meaning, no sweatshop clothing or anything else involving abusive or exploitive practices. The humans who end up at VINE have experienced discrimination for a host of reasons: “for their queer, gender non-normative, and Arab identities, the human inhabitants of Vine Sanctuary came to animal rights advocacy from a background of social welfare, working with other activist movements to end sexism, racism, and LGBTQ intolerance.” And the animals end up at VINE for a variety of reasons that will be familiar for anyone with a basic knowledge of animal rights: roosters seized from cockfighting rings or rescued from breeders, farm animals bought as pets and then tired of, cows rescued from agricultural experiments including forced impregnation, and a duck rescued from a foie gras factory. Salfen answered some questions about her project for us:

How did you first come to get acquainted with the people of Vine Sanctuary and decide to do a project on them?
“While in New York, I met many strict, ethical vegans. I was attempting to be vegan but had a negative reaction to the sometimes judgmental fervor that reminded me of growing up in a primarily Catholic, evangelical, and conservative southern Missouri town. Veganism can come across as very “religious” with its intensity of belief and faith that animals have similar desires and needs as human animals. I wanted to go straight to the people who had the most committed, educated view of veganism, which I found at VINE. The frustration I had with a cliquish, trendy veganism in New York transformed into a genuine respect for the belief system. I photographed at several animal sanctuaries, but was most intrigued with the people at VINE.”

Did they welcome your presence and coverage of the sanctuary?
“They did welcome my presence, which was incredible. They are very kind people. Since visiting was a long drive, they invited me to stay over. I was very aware that they are often criticized, and I was a bit shy about asking for photographs, but we developed a very strong rapport and they allowed me most of the access I needed.” 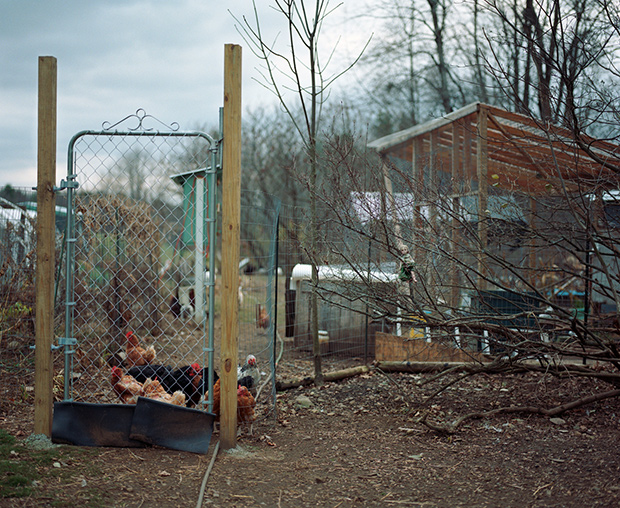 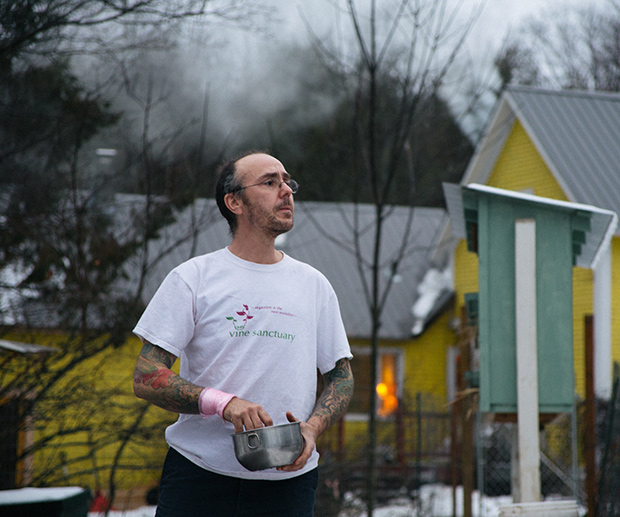 How much time did you spend with them overall, how long did you spend on the project, and were you given free reign to photograph anything and anywhere?
“I spent many weekends driving over there, photographing until I lost the light, and then waking up to photograph with them when they fed the animals around 6am. I also made several days trips. After my first visit, I was allowed to walk around and photograph as I liked. There were a few items on the prohibited list, but for the most part they allowed to do what I needed. None of them enjoyed being photographed, and I think it took them awhile to understand why I was more interested in photographing them than the animals.

“They were also very concerned because I always managed to photograph when it was overcast or when the foliage had died off for the winter. They feared viewers would misinterpret the lack of greenery as evidence of bad living conditions for the animals. There was a little bit of push and pull between what I wanted aesthetically for the work and what imagery they wanted out in the world. They were also very concerned about captioning the images, for instance if a chicken came to them with missing feathers and a chopped beak, they wanted to make sure I noted that this was not their doing.

Other than the founding couple, were there other permanent residents that lived there while you were working on the project?
“Miriam and Pattrice founded the sanctuary in 2000. They are no longer a couple, but still very good friends. Miriam lives with her partner Aram on one section of the sanctuary, and Cheryl and her partner live on the upper hill with the cattle and other animals. Pattrice recently returned from the Midwest to begin working again with the sanctuary and actively publishes writings about ecofeminist and vegan issues. Cheryl grew up on a dairy farm and has a long history of working with livestock and alongside veterinarians. Aram came to veganism and eventually the sanctuary after working on various horse racing tracks in the New York area where he was repulsed by the practices he saw in horse breeding and racing.” 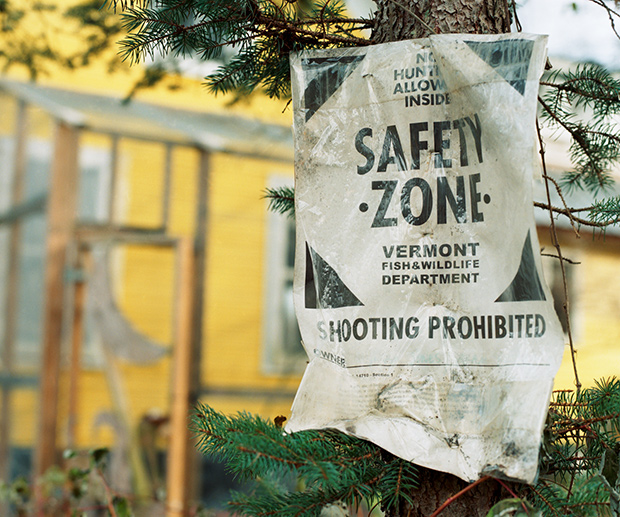 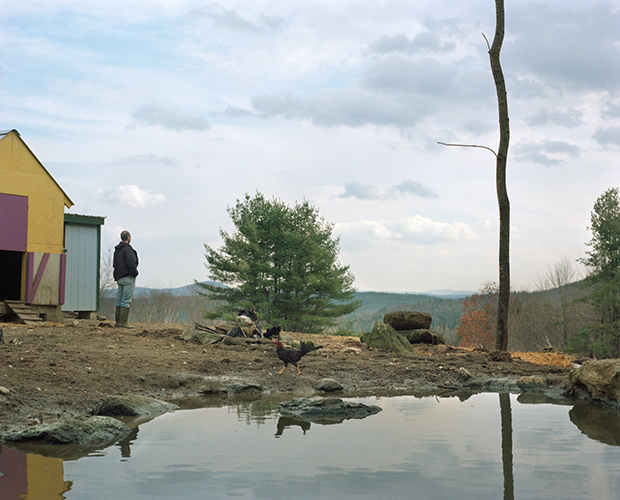 Aram in the Upper Pasture

Considering that they’re somewhat (or a lot) ostracized from their community, do they feel the need to keep to themselves or are they able to interact with other residents of the city?
“Vermont is an historically liberal and welcoming place, but because of its dairy industry, it does not welcome veganism. The VINE inhabitants are very strict in their beliefs. I believe it is difficult for Miriam and Aram to be around people who aren’t vegan. They would tell me stories about going to gatherings when they first moved to town where people would question or mock their veganism. I think it’s painful for them to be around a general disregard for beings they feel so strongly about. At one point, the neighbor got a gun and threatened to shoot their rescued chickens. Miriam is incredibly genuine and kind, so she has been able to deescalate the situation, but they still had to build a 10’ wall to protect the animals.

“One of Vermont’s main industries is dairy production, and VINE has goals to dismantle that into alternative plant-based industries. Therefore, there is always tension, no matter how the issues are approached. The people at VINE are not shy about showing up to cow and dairy-themed town celebrations with flyers in hand. They were also the main voice in a fight to save Bill and Lou, two oxen scheduled to be butchered after working the farm at Green Mountain College. The college prides itself on being leaders in sustainable agriculture, so they thought of their decision as responsible and were blind-sided by the reaction. Although VINE did not threaten anyone, supporters on both sides exchanged threats and a tremendous amount of character assassination and negativity.“

In their mission statement, they mention that they’re a sanctuary for animals who have escaped and been rescued from the meat, dairy, egg, and animal sporting industries. Can you relate some stories of rescued animals?
“There are a lot of specific stories on the VINE website. A lot of the animals come to VINE when they are no longer wanted as pets, when animal abuse is evident and they need to be relocated, or when they are retired or removed from experimental labs. Other animals are dropped off and pushed through the gate or show up after falling off a truck. BooBoo, one of the most interesting residents, a one-legged rooster, sits on the porch with Miriam and Aram for cocktail hour and sits in Aram’s lap like a familiar house pet. It was interesting to see how similar to cats and dogs chickens and cows can be. It is generally accepted and applauded to feel pain for abused dogs and cats, and I admit it is difficult to be around animals usually used for food and not start to think of them with the same compassion.”

“One of the most fascinating parts of this process for me was learning about queer and feminist theory. I am a heterosexual female, so I feel lucky to be welcomed into a circle in which I was an outsider. I may not agree with everything they believe about veganism, but I respect them a great deal.” 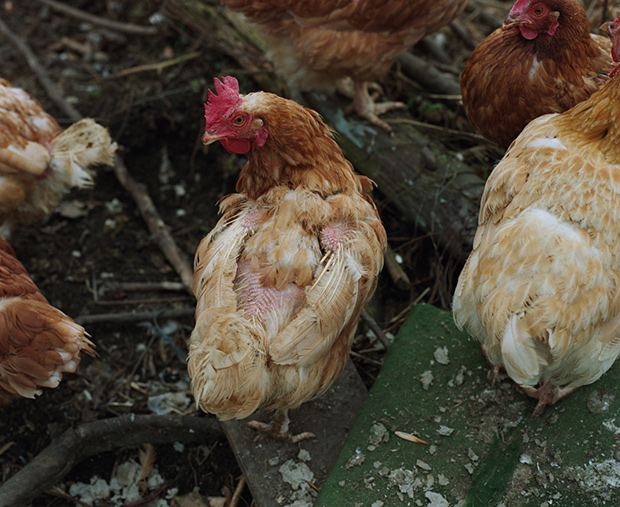 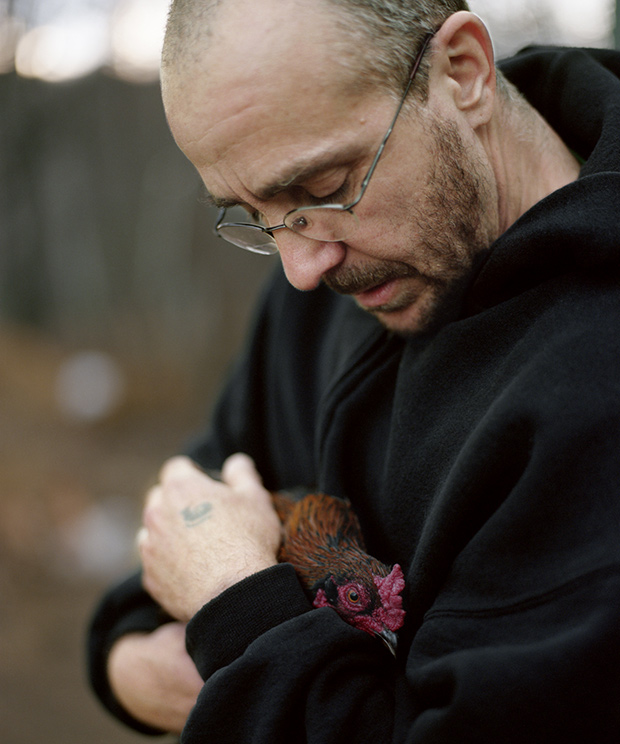 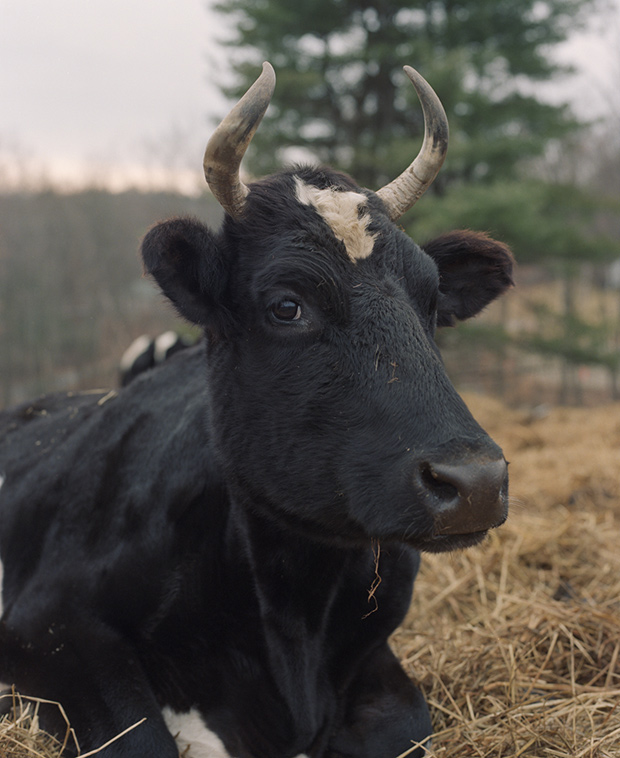 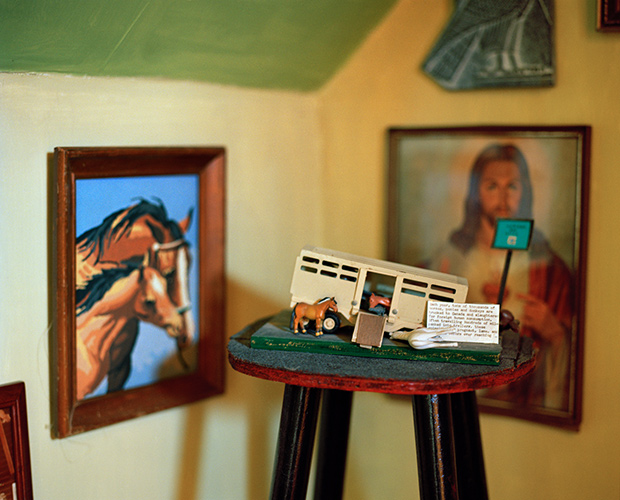 Each Year Tens of Thousands of Horses… 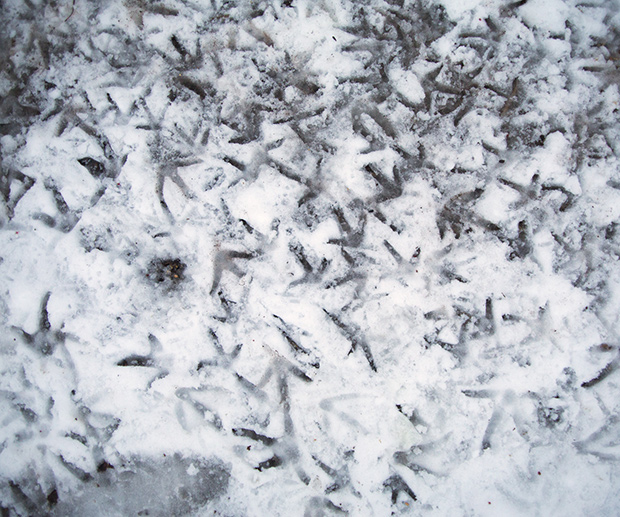