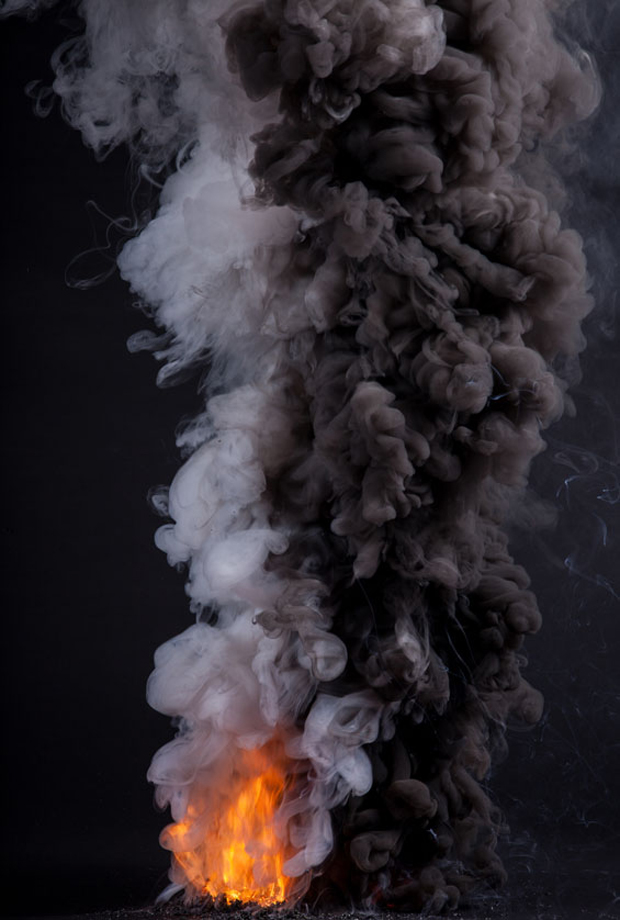 Swirling clouds of black, white and grey smoke overwhelm the frame in Kevin Cooley’s Controlled Burns. Deeply inspired by the smoke signals used by the Vatican during the papal conclave, he tried to replicate the formula for the black and white smoke that spouts from the chimney when a new pope is elected.

Over the summer of 2013, Cooley found the perfect combustible materials to create these flames. He made ten distinct fires in total, and worked out of an industrial studio with fire extinguisher and buckets of water in hand. When asked if the fires ever got out of control, he tells me, “not even once.” Thus validating the title of his project, and proving that sometimes, we can harness our relationship with nature.