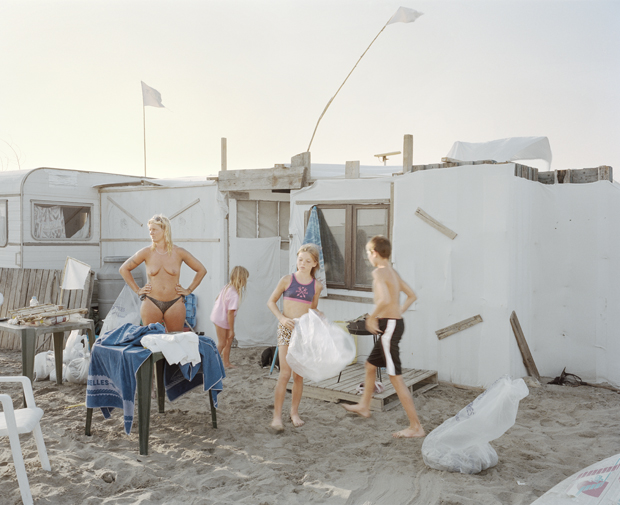 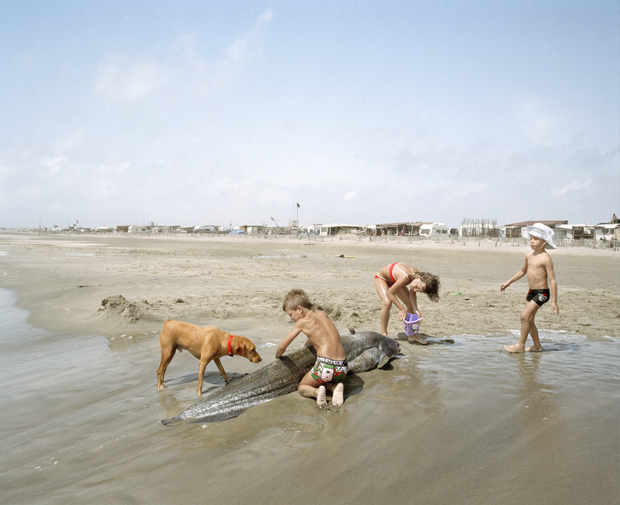 For Piémanson, photographer Vasantha Yogananthan documents the last free beach in France, capturing the vibrant community that emerges on its shores each summer. Every May, the idyllic beach, located the Camargue Regional Nature Reserve, opens its ten kilometer expanse to campers, who build temporary lodgings out of tents, recreational vehicles, wood, and plastic sheeting. Despite official regulations permitting only one night’s stay per family, many visitors wind up staying for far longer. At the height of the season, the beach will house roughly 5,000 people. Come September, the area is closed by police and cleared entirely, and the disposable elements of the makeshift summer houses are burned on one final community bonfire.

From 2009-2013, Yogananthan became a regular at the Piémanson, living, eating, and sleeping with its diverse group of residents for two weeks at a time. Inspired by the uncertain future of the beach, which will likely be shut down by the French government in the coming years, Piémanson preserves the memories of the three generations of Europeans who have traveled to its shores since the start of the camping tradition in the 1970s. Most of the families are closely acquainted with one another, having bonded over a shared experience of beatific days and convivial nights waterside.

Through Yogananthan’s lens, each summer appears as though it might possibly be the last, one final hurrah before the cherished beach is closed. For many families, the Piémanson is an inexpensive way to have a family vacation that might not otherwise be attainable. Etched into the hearts of all who visit, the Piémanson is an unexpected paradise, with adventure and wonder lurking around every turn. Captured here, Yogananthan’s five summers seem to blur together, creating a single narrative of a place that is both timeless and inevitably fleeting. 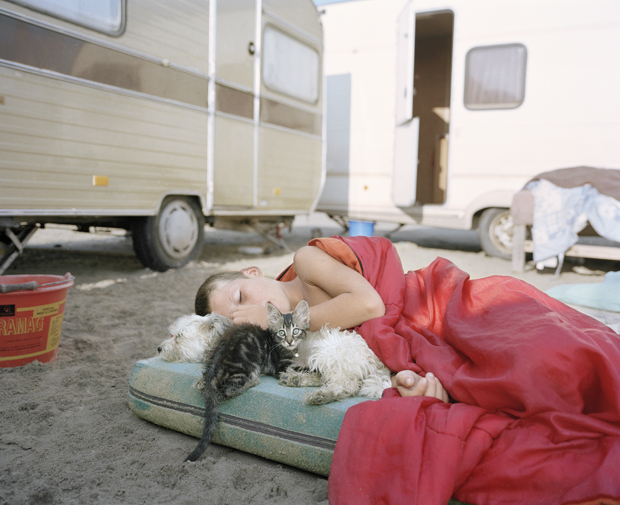 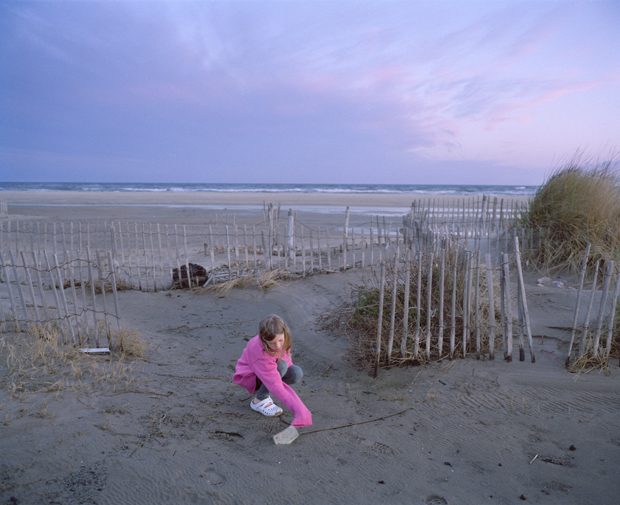 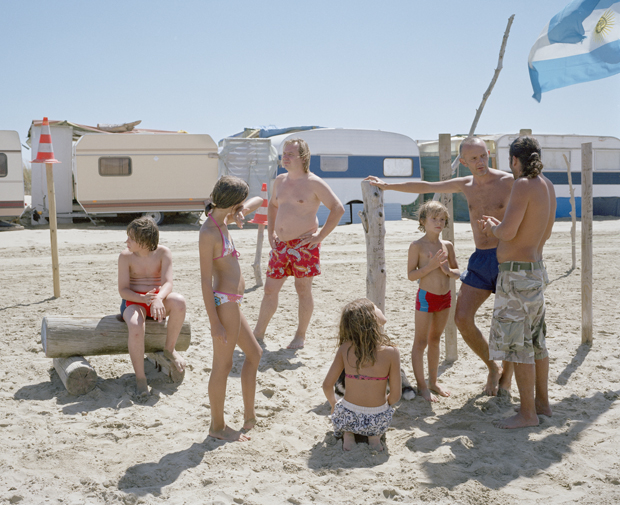 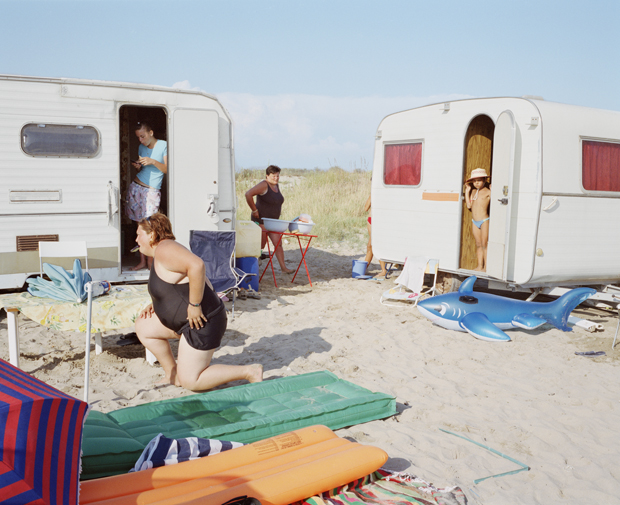 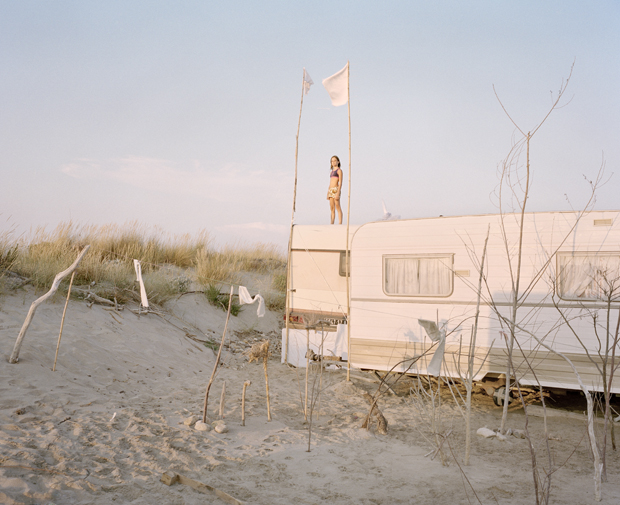 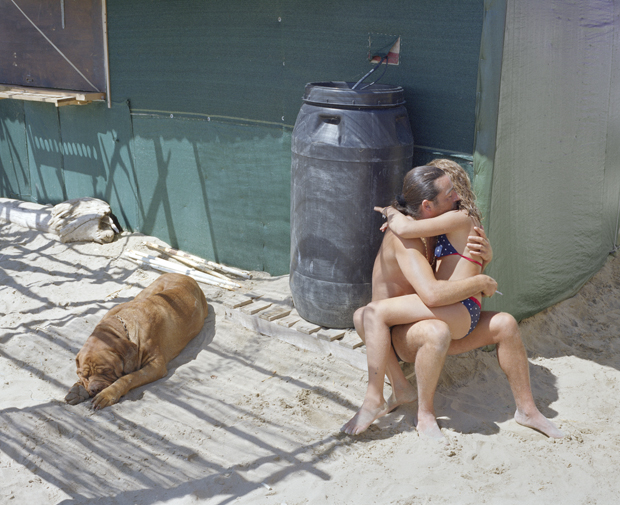 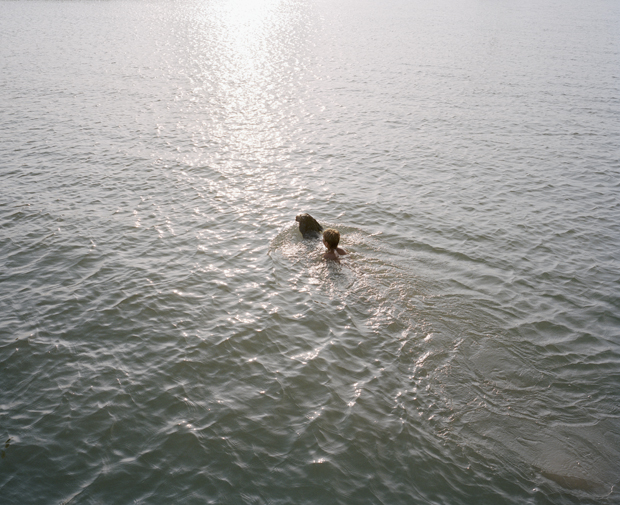 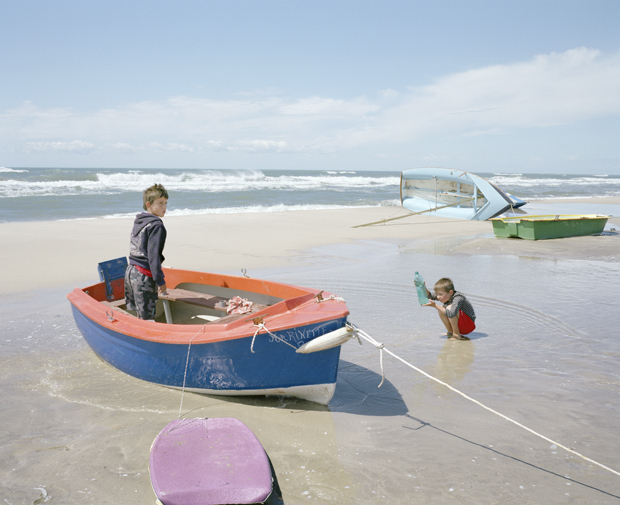 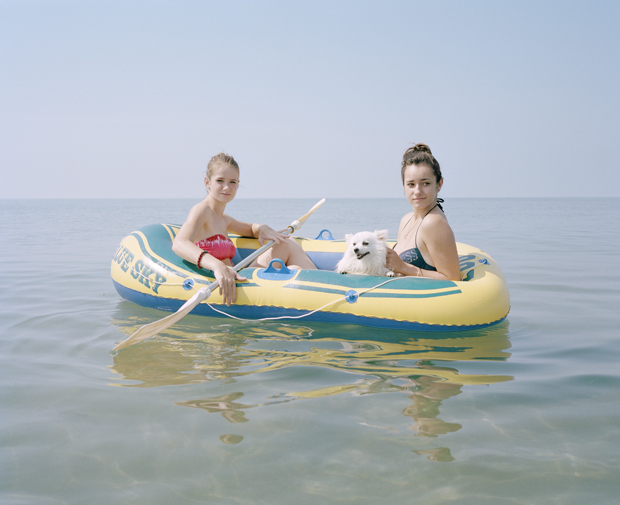 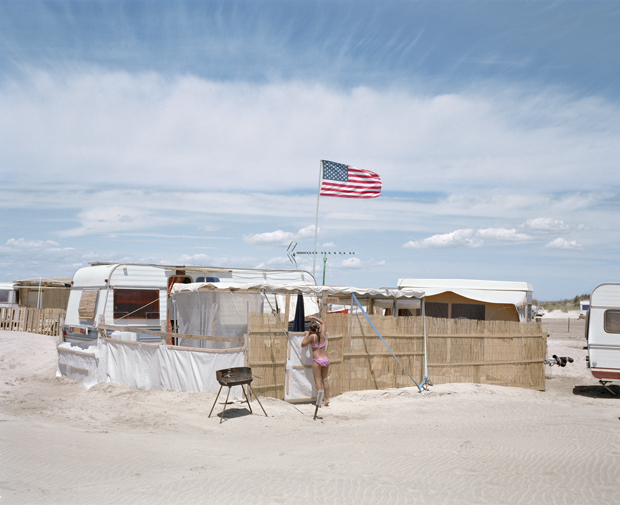 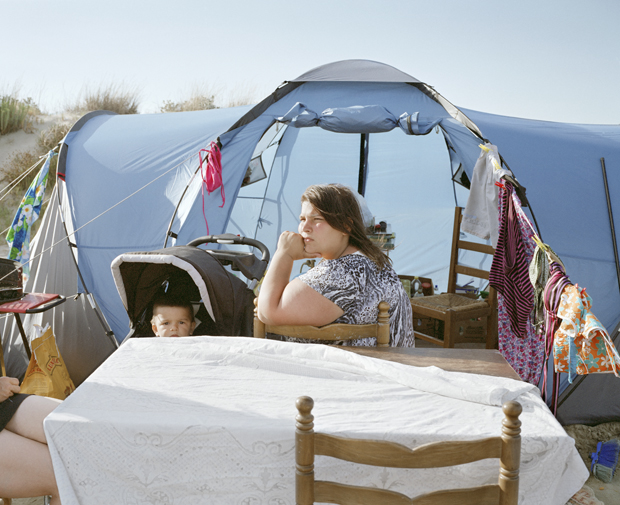 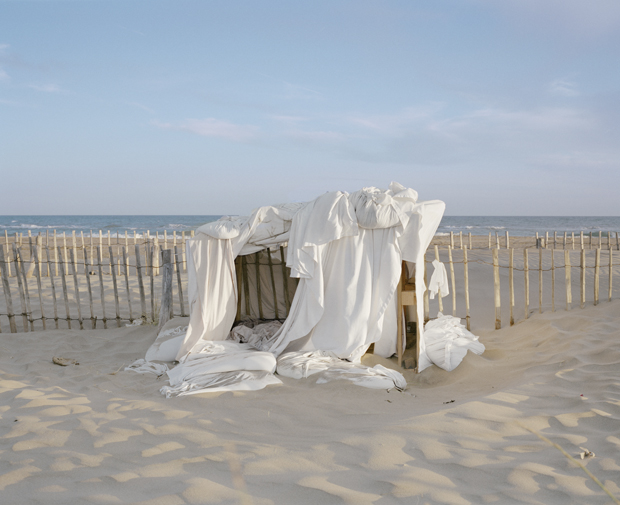 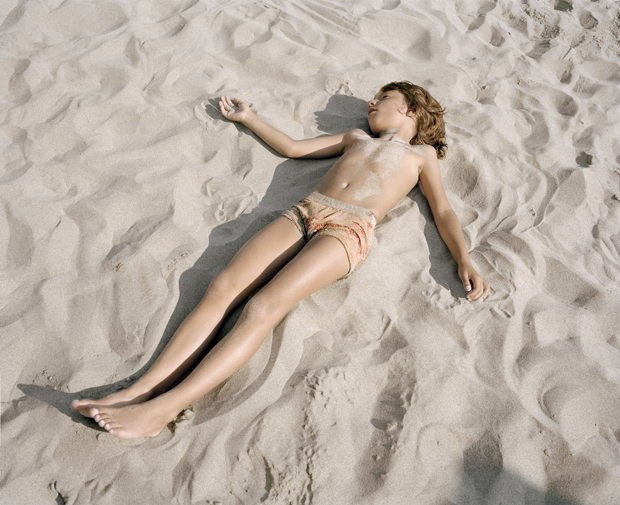 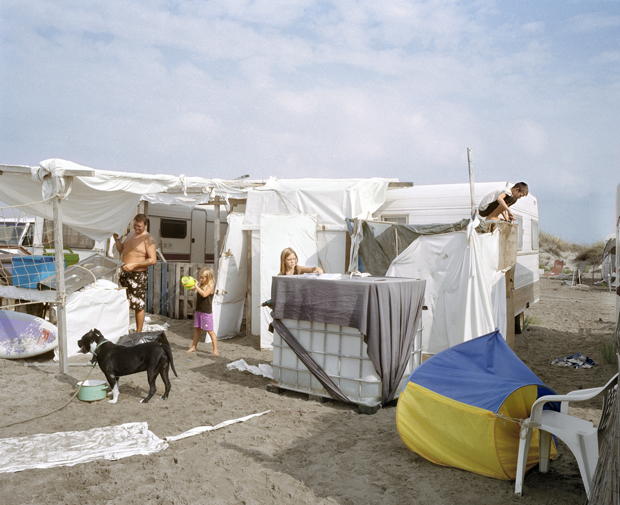 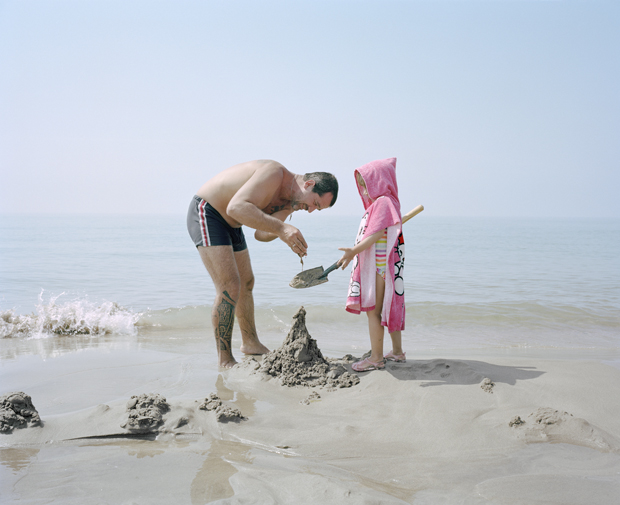 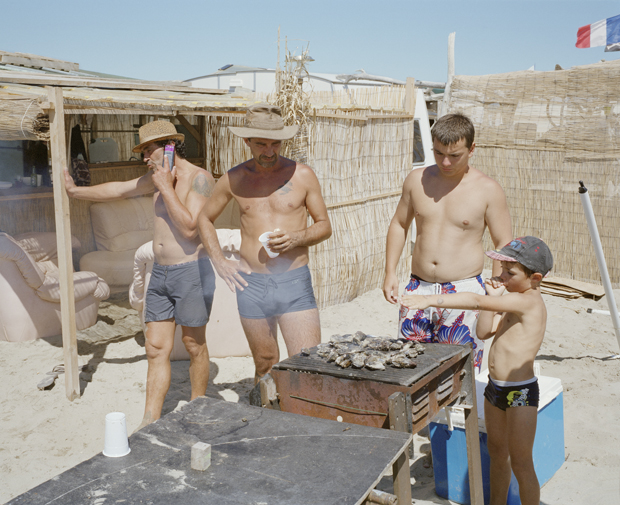 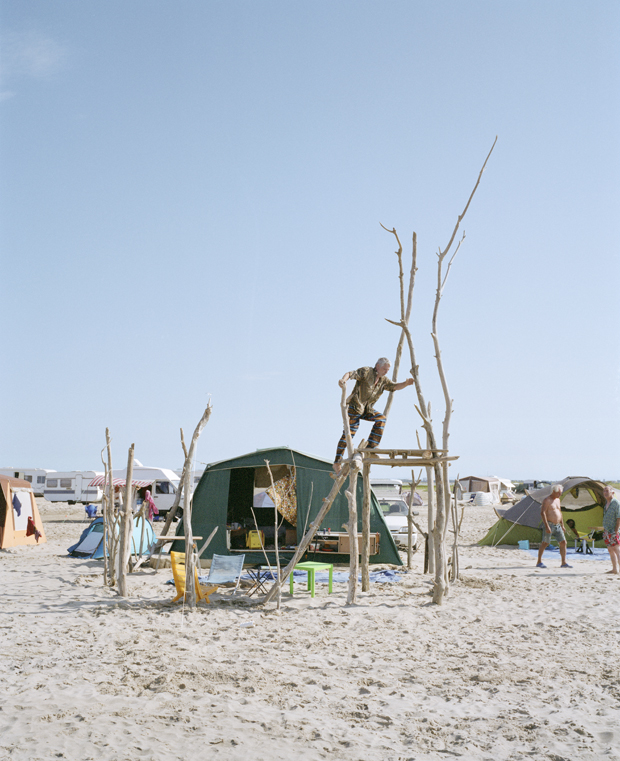 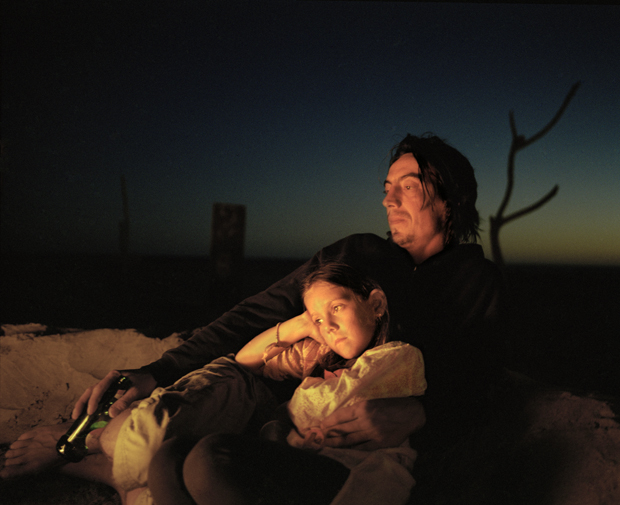 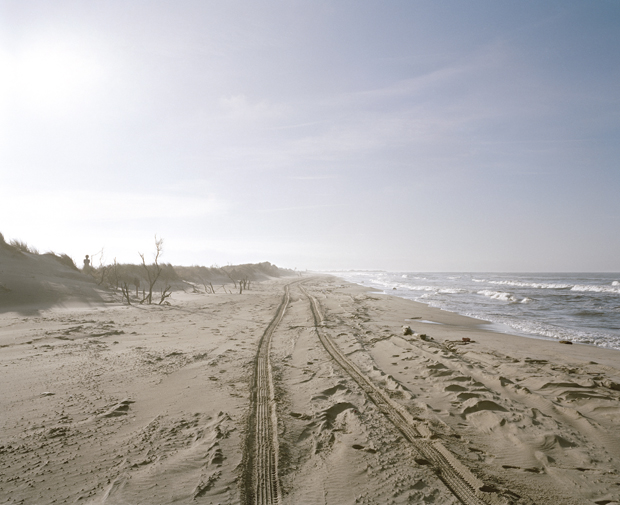