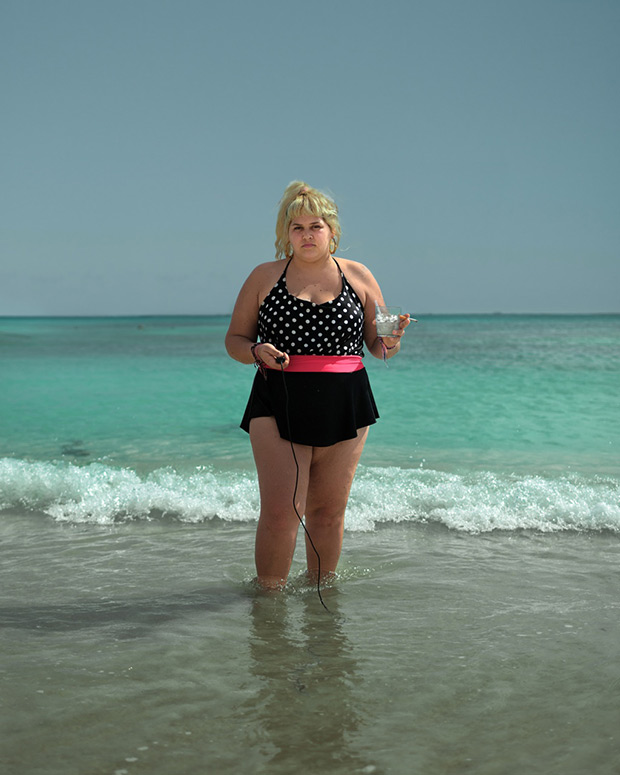 As any photographer will tell you, asking to take a stranger’s portrait can be both uncomfortable and exhilerating. Benoit Paillé goes a step further, asking his random subjects to capture themselves with his camera. The result is a series of brief encounters that are somehow both public and incredibly private, breaking social norms and expectations in the process. For Stranger Tourist Self-Portraits, Paillé took his equipment to the beaches of Mexico at an all-inclusive hotel resort, having subjects photograph themselves while at the height of leisure and consumption. The ocean acts as a natural backdrop, a weirdly rare and placid scene for such a public space. Simultaneously voyeuristic and exhibitionist, the temporary photographer presents themselves, allowing the viewer to draw conclusions from their stance, mannerism and clothing.

Paillé had many people pose for portraits during his time in Mexico, including the woman above who mentioned she was also a photographer. Though he only passingly acknowledged it at the time, later he discovered the woman was Jaimie Warren, an artist known for her self-portraits. Stranger Tourist Self-Portraits prizes serendipity and happenstance, proving you never know who or what you may encounter when stepping outside the norm.