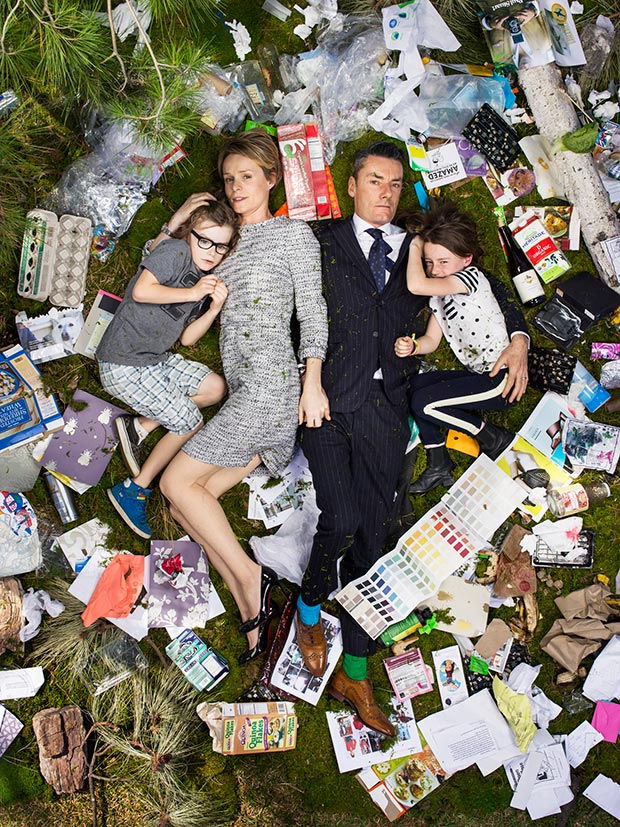 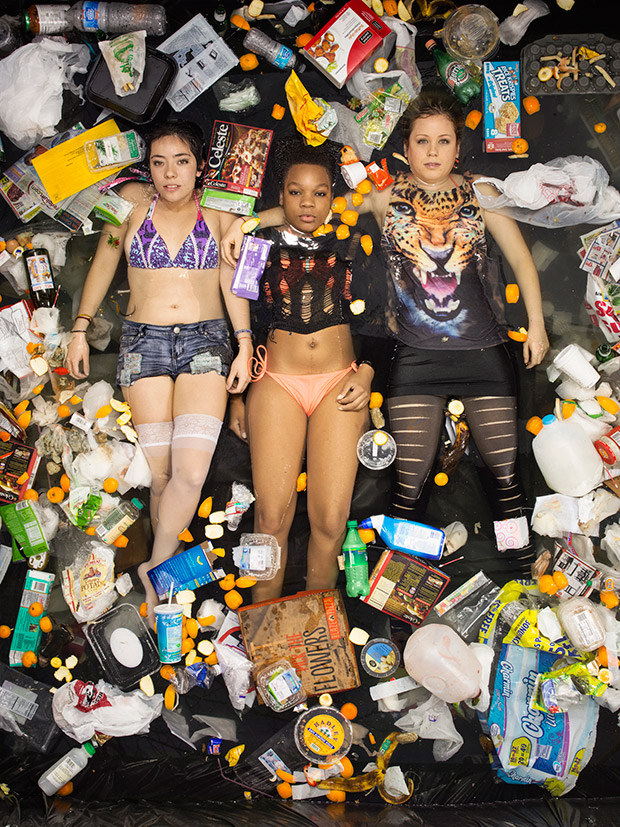 How much garbage do you produce? The U.S. Environmental Protection Agency claims the average American creates more than 4 pounds of trash a day, more than most European countries and markedly higher than just a few decades ago. In 7 Days of Garbage, photographer Gregg Segal asks people to make their bed and lie in it, posing individuals with all the waste they accumulate over the course of just a week.

Currently residing in California, Segal uses a smattering of friends, neighbors and strangers for the work. Some volunteered for the project while others were compensated, all coming from varying social and economic backgrounds and lifestyles. Shot from above in Segal’s backyard, the startling images are simultaneously engrossing and repulsive. Each trash heap was nestled in constructed environments designed to evoke the beach, water and a forest floor. Even though Segal’s locations are fabricated, the backdrops serve as a reminder that this is where a lot of our waste ends up anyway, the whole of the earth effected by our excessive habits. Participants were often uncomfortable about lying amongst the rubbish and Segal found most slightly embarrassed and surprised at the amount of trash they produced.

“Of course, there were some people who edited their stuff. I said, ‘Is this really it?’” Segal told Slate, “I think they didn’t want to include really foul stuff so it was just packaging stuff without the foul garbage. Other people didn’t edit and there were some nasty things that made for a stronger image.”

Though not in the final series, the photographer posed with his family in a week’s worth of their trash as well, wanting to show that he was not exempt from the issue. Segal plans to continue the series using different natural backdrops and individuals, hoping the work acts as a wake up call to people passively consuming throughout their daily lives.

“It’s not necessarily their fault,” he said, “We’re just cogs in a machine and you’re not culpable really but at the same time you are because you’re not doing anything, you’re not making any effort. There are some little steps you can take to lessen the amount of waste you produce.”

Several images from 7 Days of Garbage is currently on display at THE FENCE in Brooklyn. 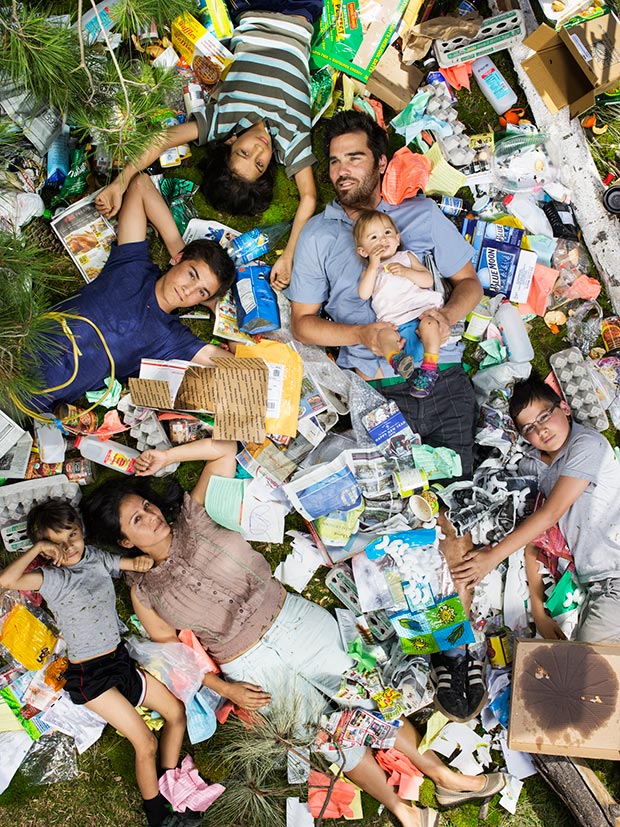 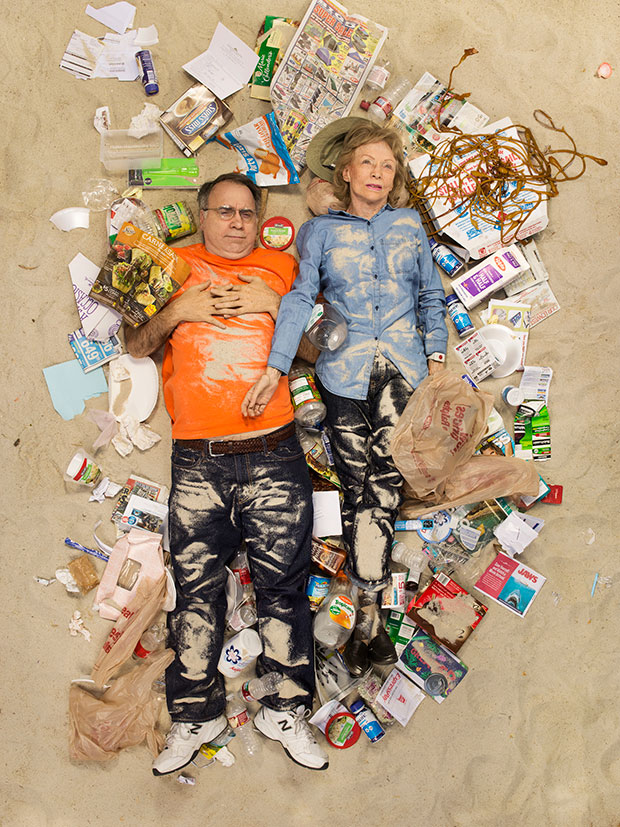 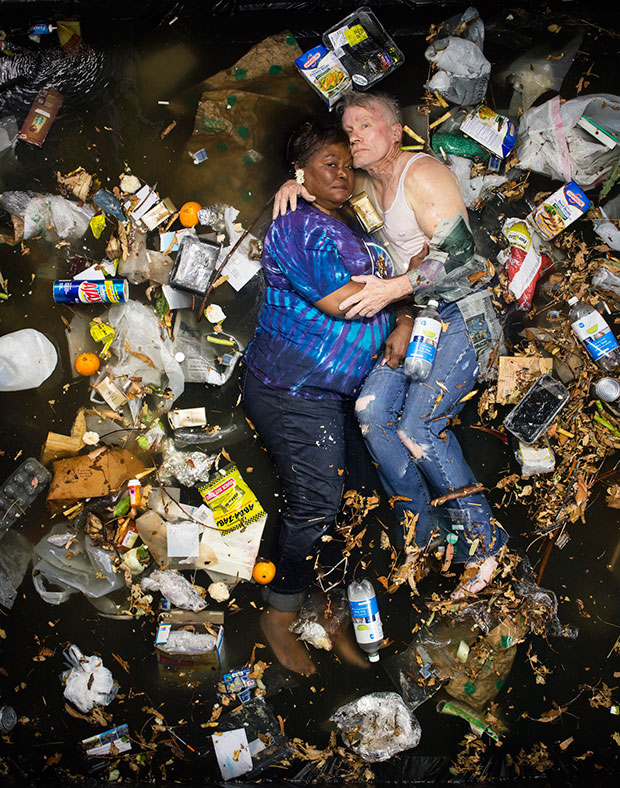 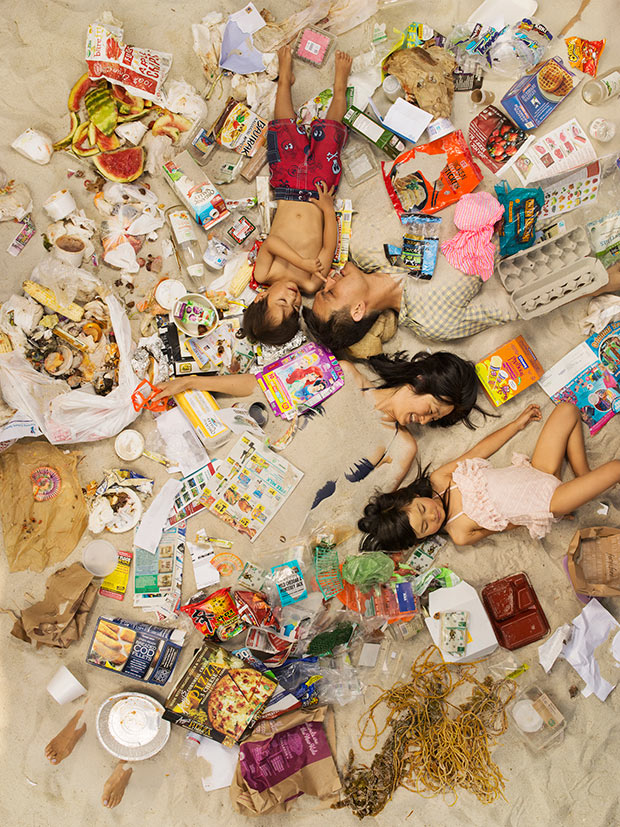 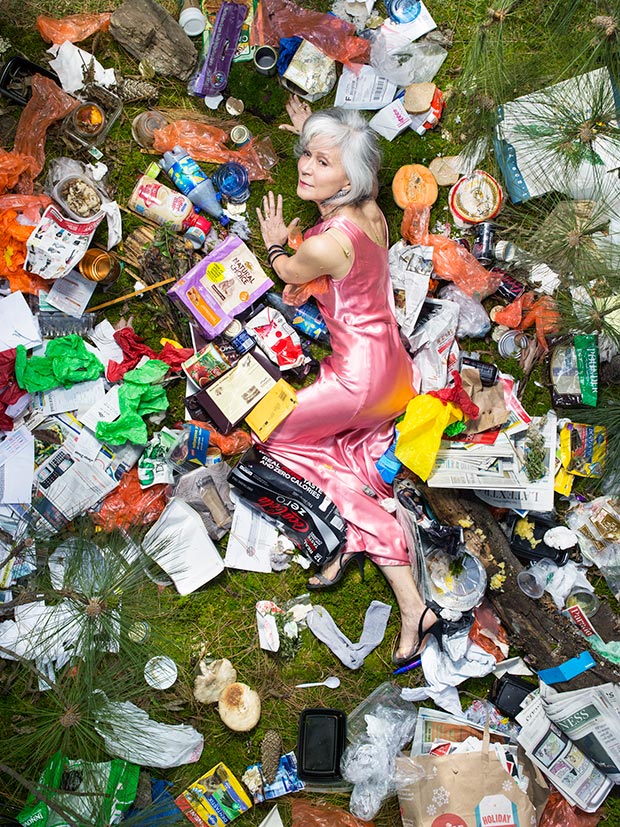 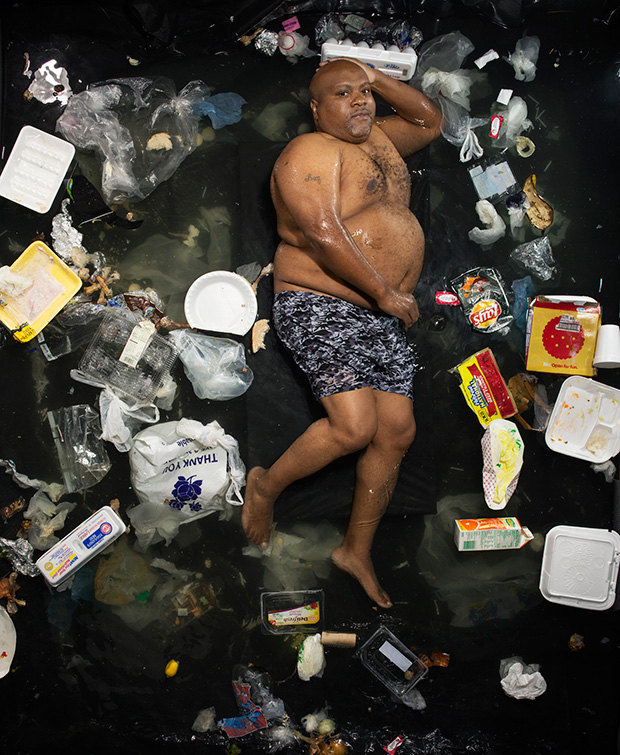 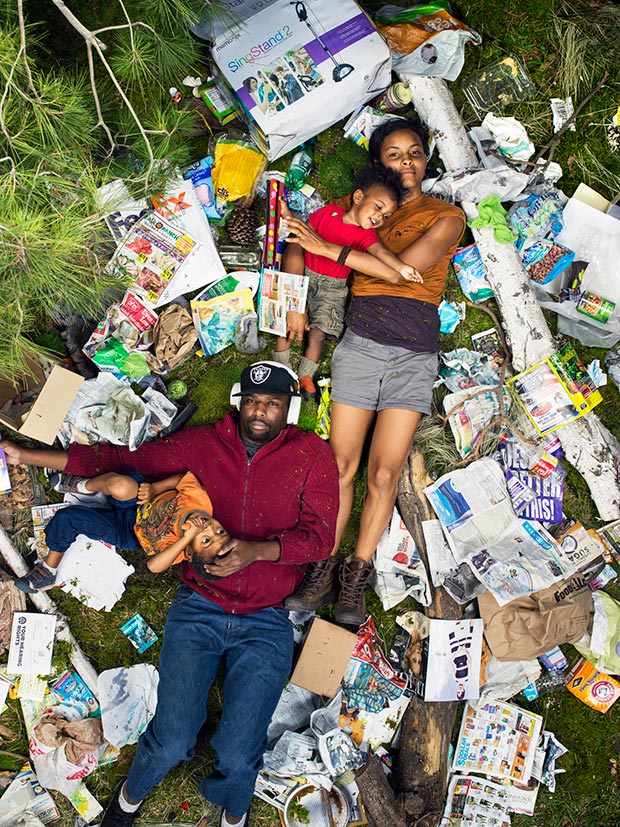 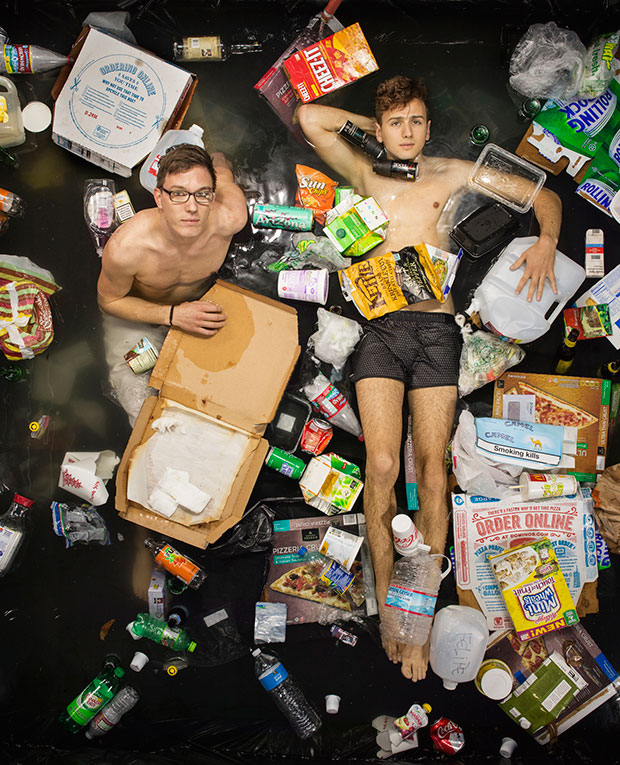 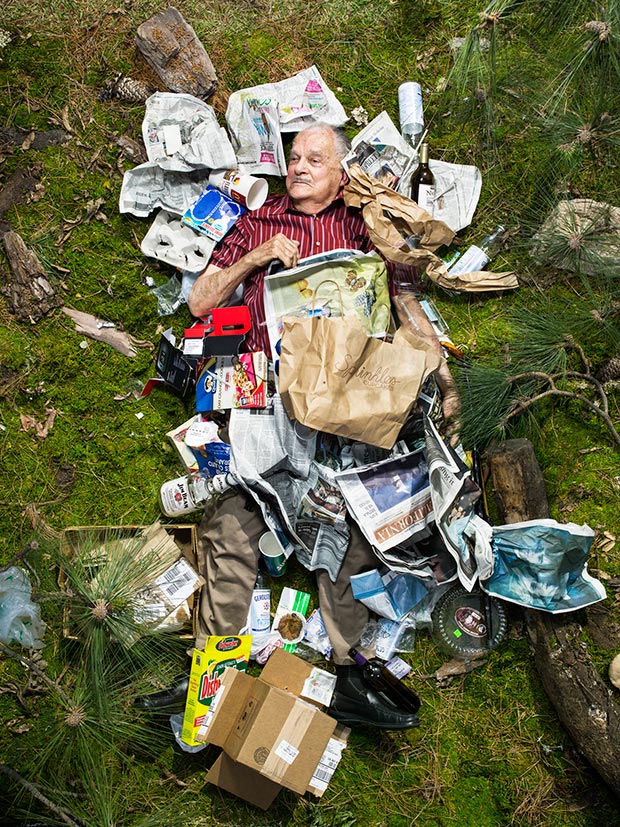 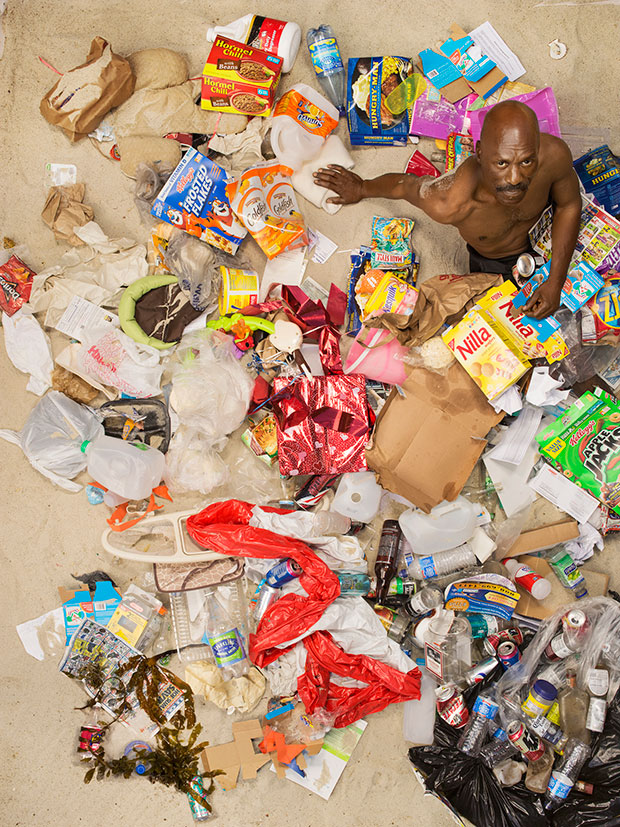 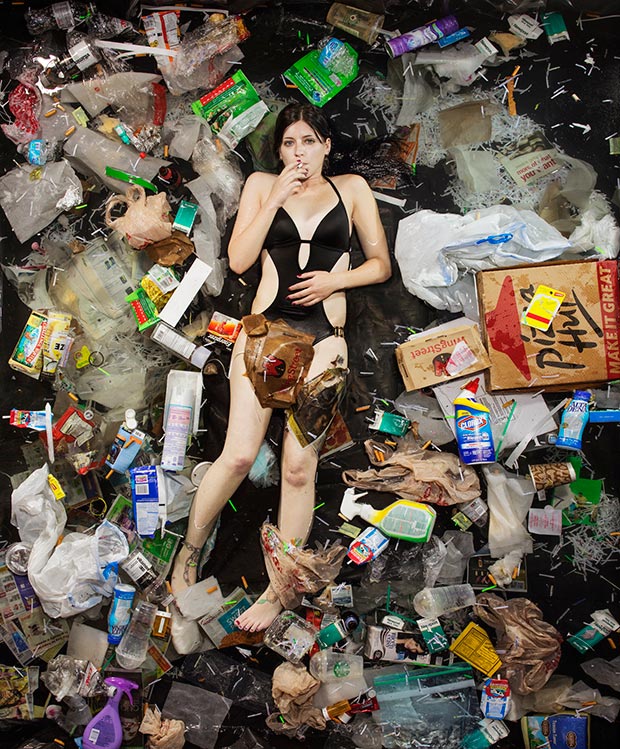