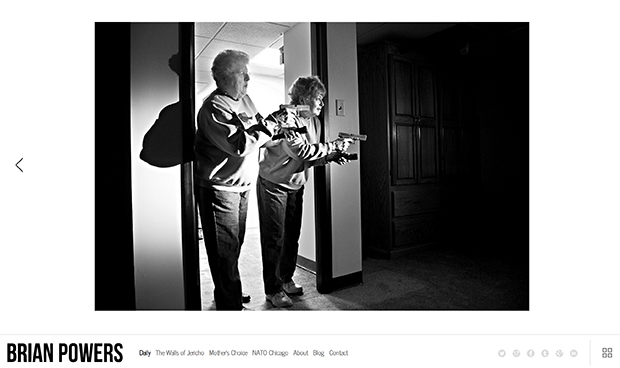 “Before the site looked like it was designed by someone who didn’t know what they were doing (it was…me). Now I can actually be proud to have people go and see my work online.”—Brian Powers

Brian Powers is a photographer with a vision. Although Powers studied photography in college, it wasn’t until he took his first job as a lab tech at the Naperville Sun that he really fell in love with it. From there Powers moved on to work for The Chicago Sun-Times Media, documenting life around the city for three-and-a-half years before becoming part of the headline-making layoff of the entire photo staff in May 2013. But that didn’t stop the photographer. He has since been freelancing and recently headed back to school to work on a Bachelor’s degree in Photojournalism and New Media at Western Kentucky University, after which he plans to restart his career.

In need of a revamp to his website, we selected Powers for our first Squarespace website makeover. Powers said building the site was remarkably easy, a sentiment for which the publishing platform is often applauded. With the makeover complete, here’s a look at some before-and-after shots of the process and some words of wisdom from Powers. 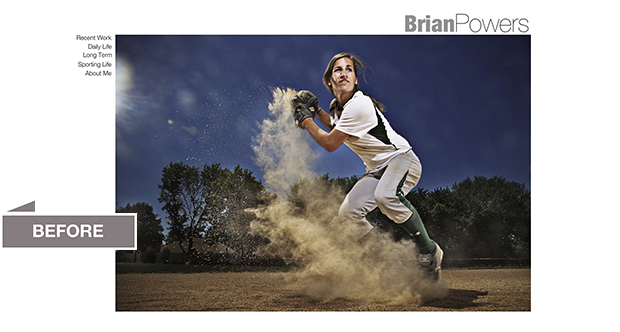 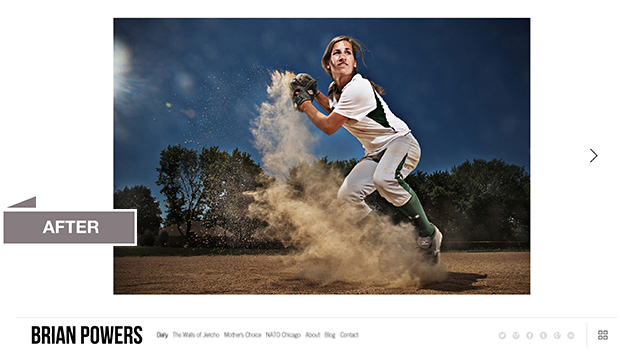 A look at Powers’ homepage tells you he stays plugged into his community, making work fueled by a passion for social journalism. He went with Squarespace‘s ‘Momentum’ template, which he chose for its clean look and simplicity. The large images and clean interface of his site allows his images to speak volumes, while an intuitive scrolling gallery and text at the bottom of the page signals for easy navigation through his projects. His social media buttons are prominently displayed at the bottom of the page as well, making it easy for clients to connect with him. 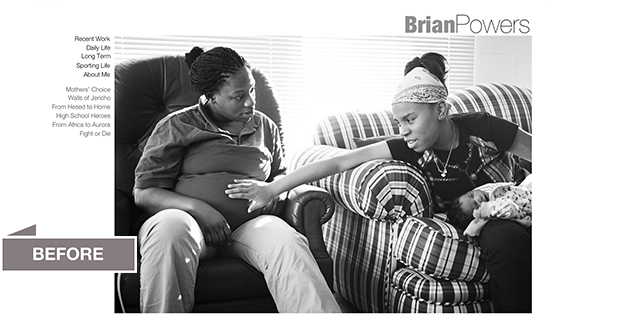 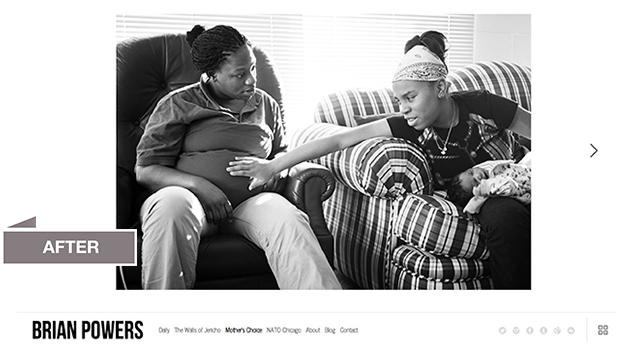 Powers was able to combine his website, blog, and galleries all in one place using simple drag-and-drop tools. In order to organize his projects more efficiently, he did away with subcategories and when one project is clicked on, the name becomes bold so it is easy to decipher which project is being looked at. While the images within a project use an automatic scroll, viewers can also use arrow keys to click through in either direction to browse at their own pace.

About the process, Powers tells us, “I did most of the work on the site in the Style and Edit modes which let you drag and drop things without having to dive into the code which is great.” 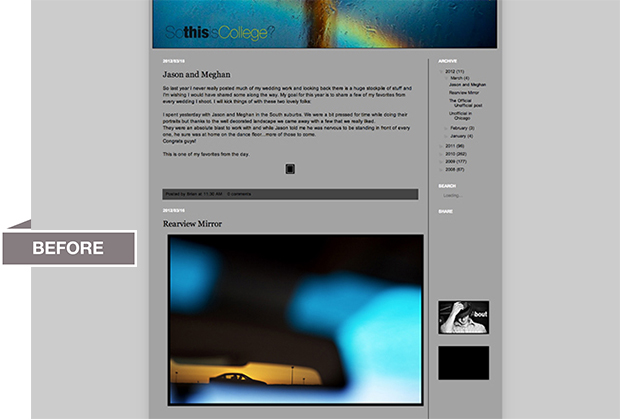 The Squarespace platform made it easy for Powers to create a fluid design between his website and blog. In addition, he was able to include links to all of his social media pages.

In designing his blog, Powers says, “I wanted the blog to maintain the same feel as the main site itself. Previously, the blog looked completely different than the site and I never liked that. The new look continues the same font and design and really just looks like an extension of the site with big photos, which is great.”

In order to maintain a similar aesthetic between his website and blog, Powers allowed the images on his blog to take center-stage by making them larger. The navigation takes a similar format to his website as well, making the flow of information seamless. Because he is able to have everything in the same place, he is able to save time and money in the maintenance of his web presence. 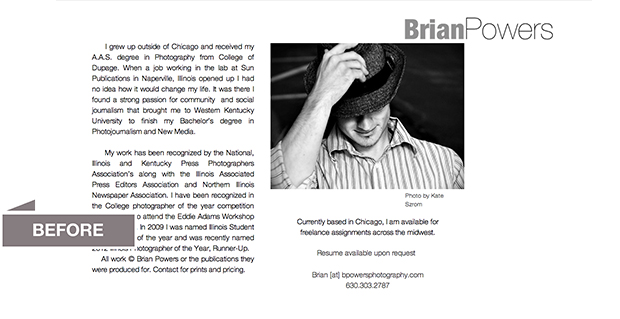 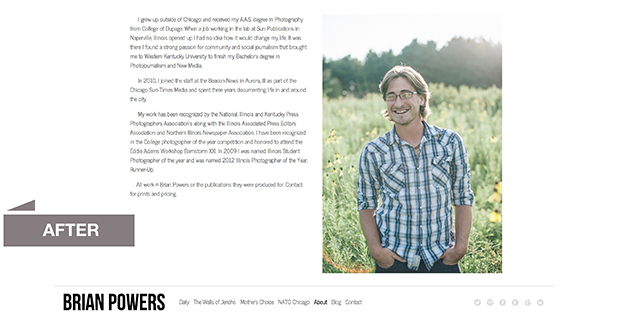 Squarespace puts together the complete package, providing web hosting along with a free custom domain, and even a commerce feature which gives Powers the opportunity to set up an online store, something he says plans on using in the future to sell prints. And with Squarespace’s backend being refreshingly easy to maintain, Powers can make portfolio changes on the fly, ensuring he is always showing his most recent work.

“I am proud to showcase my work and that wasn’t the case before. Squarespace makes the backend really easy to use which is a huge benefit going forward, making the addition of new work really simple,” Powers says.