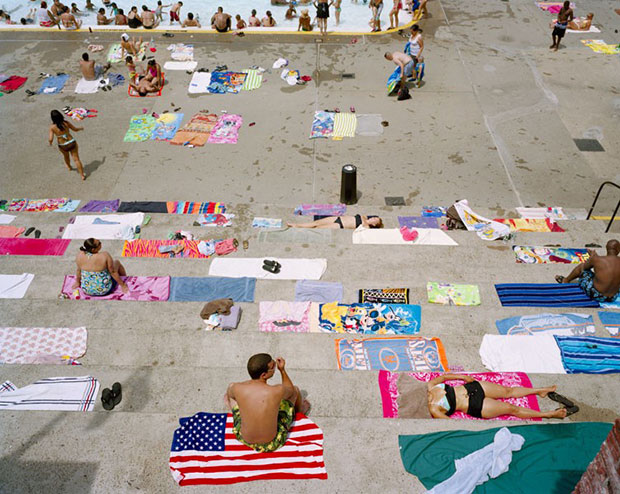 Rona Chang finds the entire world at her fingertips within the confines of her hometown borough in The Queens Edition. The series is part of the larger project Moving Forward, Standing Still where Chang documents traveling the globe only to return and find it all again at her doorstep. Growing up in Queens gave Chang a diverse and culturally rich childhood. Her neighborhood was a treasure trove of ethnic foods and crackling dialects of a dozens different languages.
It was common for friends to have relatives in far-flung places and Chang credits this early exposure to her curiosity and love of travel.

The image above was taken in Astoria, a particularly diverse neighborhood in the northwestern corner of Queens. Here the community is brimming with people from Middle Eastern, Greek and Hispanic enclaves. The Astoria Pool is the oldest and largest public pool in New York City and Chang visited on a blistering summer day of over 100 degrees. Drawn to the water in this urban desert, a global population is represented in the landscape. Though diverse, Chang notes the details – the American flag, Mets and Disney towels – as a unifying American factor. Here the world calls Queens home.