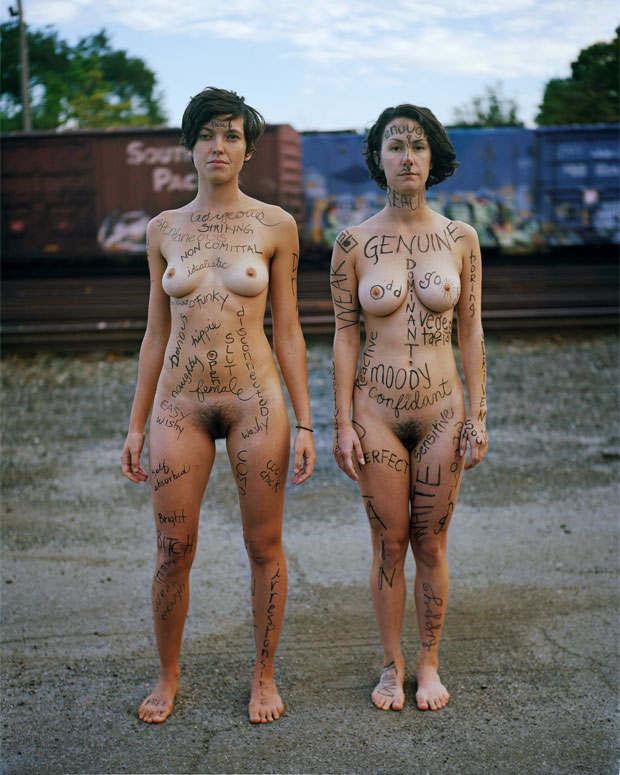 Bodies. Naked. Words. The image came to Brooklyn-based photographer Lauren Renner during a nap. Her project In Others’ Words features Renner’s three-paneled images of nude individuals shot with a 4×5 view camera, their bodies covered in words others have used to describe them. Total strangers write these words on each other’s naked bodies, making In Others’ Words an exercise in understanding vulnerability, knowing oneself, and transcending the labels our culture is so quick to provide. We recently asked her more about the project. 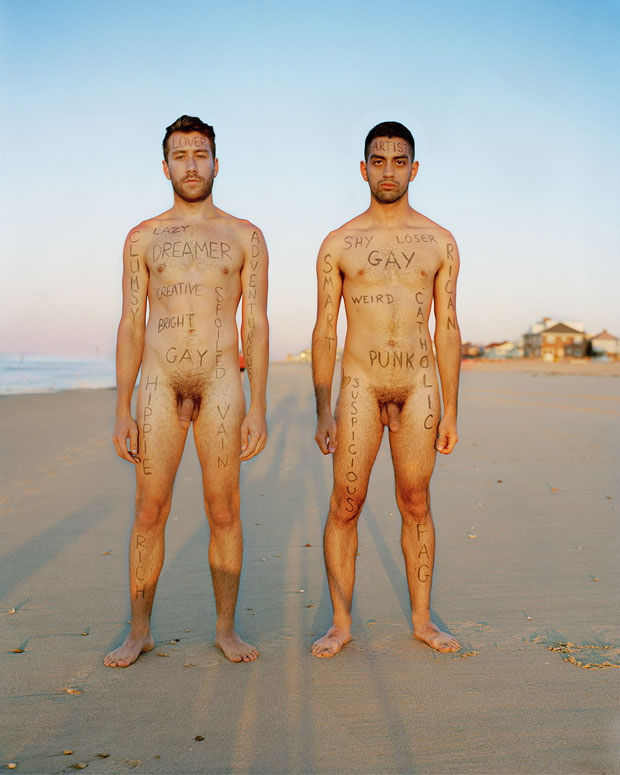 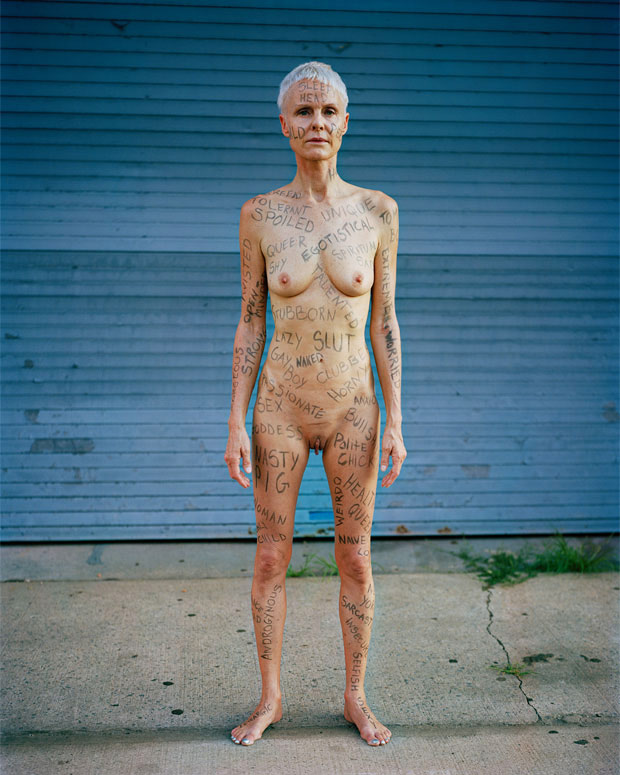 What made you decide to undertake this project? What was your thought process in assembling its visual details?
“The idea for this project was one that revealed itself to me over time and manifested originally as my BFA Thesis project. Incidentally, I also began dating women for the first time in my life while this new artistic discovery was going on. I began to notice that even though I was living in an exceedingly liberal place, people were starting to categorize me a bit differently. It was both scary and fascinating, and also a shock because I didn’t feel as though I’d suddenly morphed into a completely different person, yet somehow my sexuality was the characterizing feature that had skyrocketed to the forefront. It was utterly bizarre to me, so I began to wonder what experiences other individuals had around being labeled, and how it affected their relationships with their self-identity.” 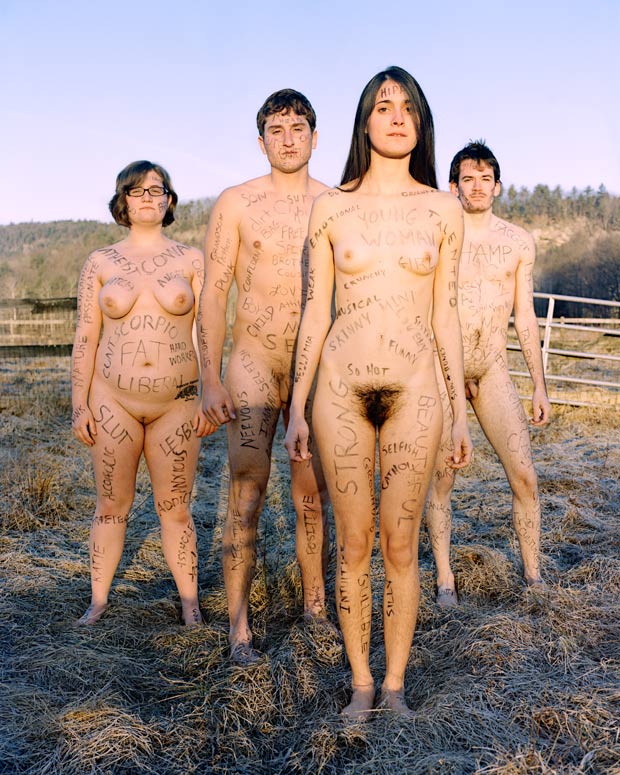 Why was it important to you to have people writing on each other?
“Because it simulates the act we commit of labeling each other in society every day. Ideally if there are multiple people participating in a shoot, I like to have them take their clothes off and write on each other as soon as they arrive. By stripping away their clothing, I’m essentially eliminating any pre-conceived context between them, and leveling the playing field.

“I ask that the participants come to the shoot with a pre-prepared list of 50-100 stereotypes/labels that they have experienced being pigeonholed as in their lives. Once the writing begins, sometimes there is some awkward giggling and banter as the volunteers get used to each other’s bodies and overall presence. This almost always palpably transitions into a sort of sacred, self-involved energy as they get comfortable. I move around them, and shoot as this happens, but the interaction between them during that time completely belongs to them.

“It never ceases to amaze me how intimate that process can be. Not only is this person baring their physical vulnerability to you by being nude, but they are sharing words with you that have played deep roles in how they self identify—words that have affected their daily experience as they move through the world, for better or for worse. It’s very powerful.”

What has the project taught you about the way people look at themselves versus how others look at them?
“When it comes down to it, no matter who is labeling you, all of those words and constructs become a mish-mash inside of you, and seem to inform each other. Words carry a tremendous amount of power, which is why breaking away from some and holding onto others can feel so insurmountable. On the flip side of that coin, I think people tend to become very comfortable in the ways in which they categorize others, to the point where they may not even be aware that they’re doing it in the first place.

“After all, at the end of the day we put people into boxes because subconsciously it makes them easier for us to mentally digest. Seeing people view my work for the first time was a huge experience for me because I got to see how people reacted when the boxes they were accustomed to had been taken away.” 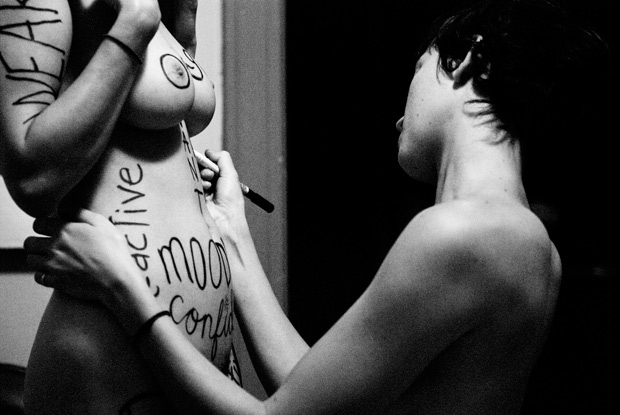 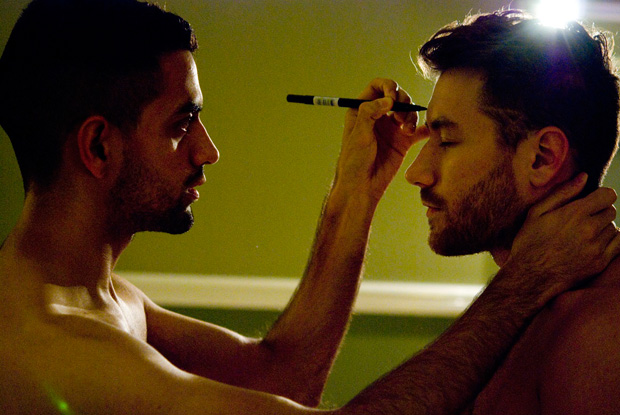 In Others’ Words is currently on view at JANGEORGe Gallery in East Hampton, NY through the end of August 2014.

If you would like to participate in In Others’ Words, Renner is always seeking participants of all ages, backgrounds, identities, and ethnicities to be photographed. Please feel free to reach out to the artist at lauren (at) laurenrenner (dot) com.