‘People of the Pit’: Photographer Captures a Dwindling Community in Romania 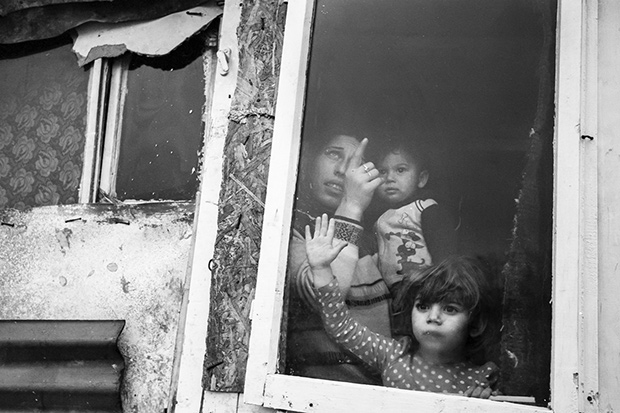 Aise with her two daughters. December 2013. 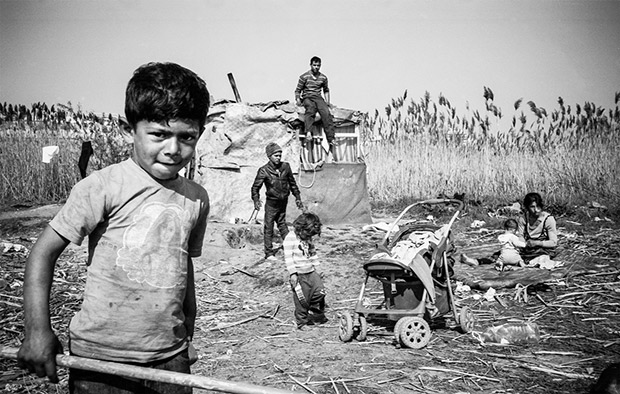 During warm days, life unfolds mainly outside. Most of the kids are born in the pit and none of them attend any form of education. May 2013.

The Last People of the Pit is photographer Sorin Vidis‘ document of the communal remnant of an abandoned landscape, dug by man and transformed by the earth in a culmination of political and social upheaval. Just on the outskirts of Bucharest, Romania, the location was originally the site of a 17th century monastery and a district of houses with large gardens, demolished by the Ceausescu regime to make way for a manmade lake in the 1980s. The project never came to pass and natural underground springs created an urban oasis in the wake of the deconstruction, flowing with green deltas and flourishing vegetation. The pit is now home to individuals fallen on hard times who find refuge in the forsaken landscape. Through ramshackle buildings and improvised huts, the neighborhood lives in impoverished isolation from the rest of the city. With more and more young people leaving the plot to find a better life, The Last People of the Pit captures a dwindling community soon to be lost. 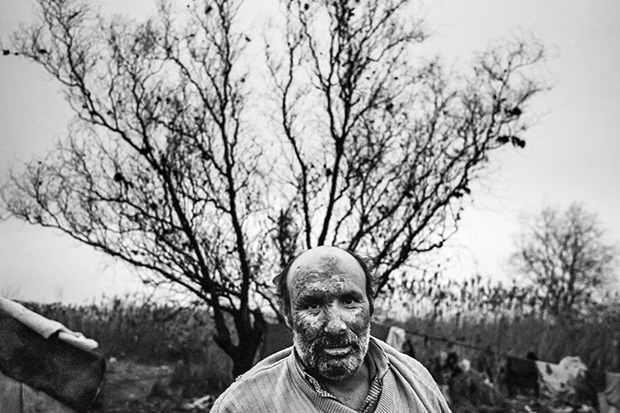 Gica, a hero for the pit community after an unfortunate fire on Christmas morning. January 2014. 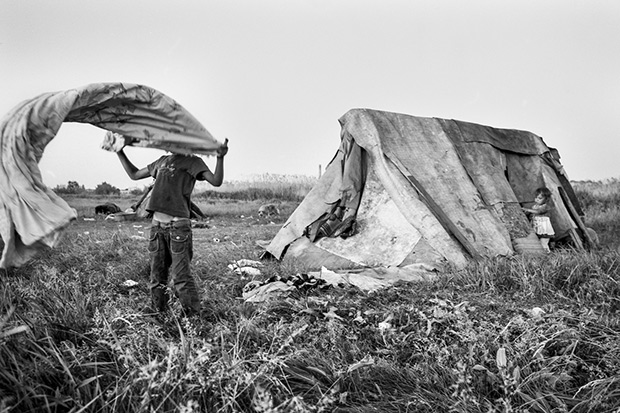 After a twin family shack got demolished due to a quarrel, the kids are dusting the sheets from their provisional tent. May 2013. 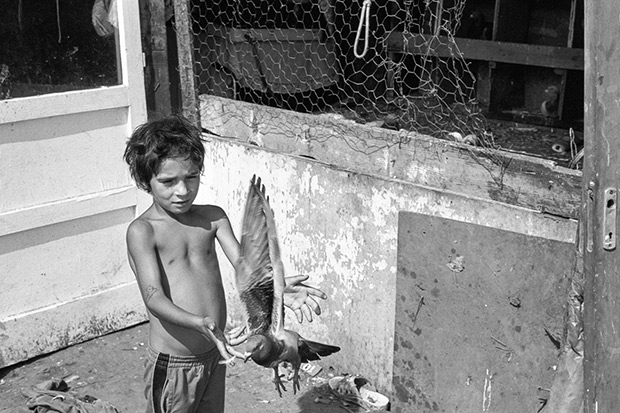 Gica is raising pigeons inside his shack that are also pets for his kids. June 2013. 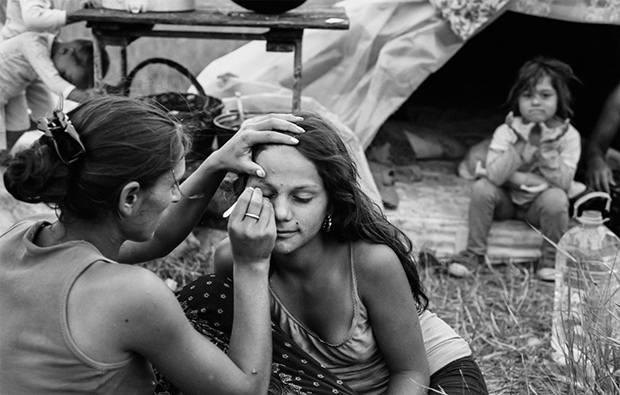 There is still interest in being beautiful even inside the pit. July 2013. 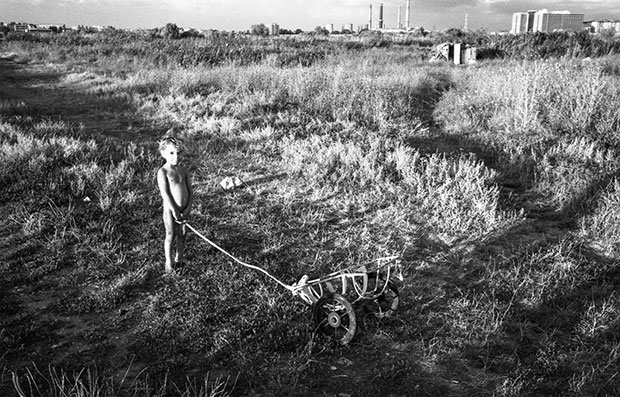 Cristina is playing with a cart on a hot summer day. August 2013. 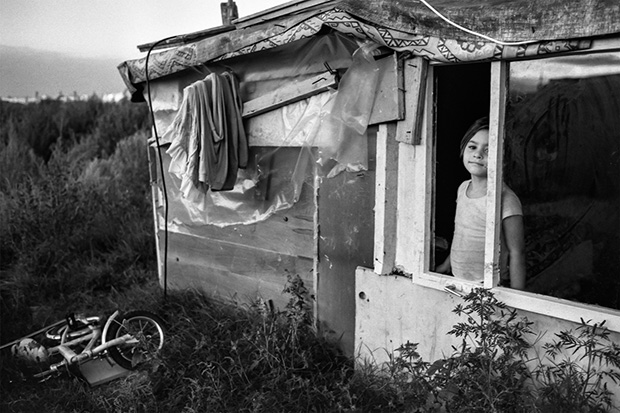 Andreea, although shy, is always on the lookout for a nice pose.  August 2013. 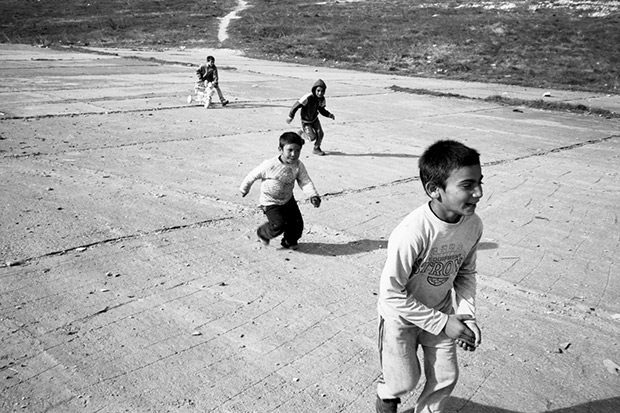 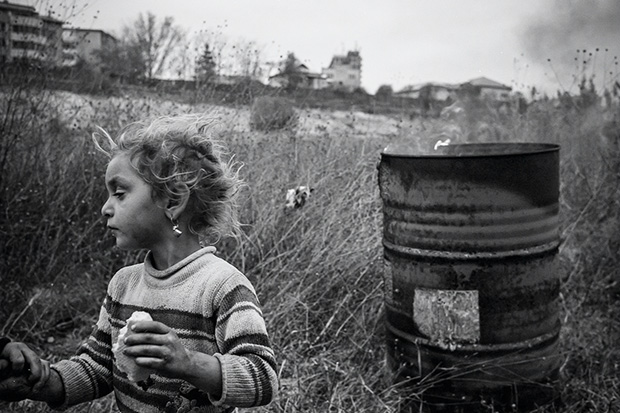 The barrels used for heating are being burned in order to clean up the existing paint. November 2013. 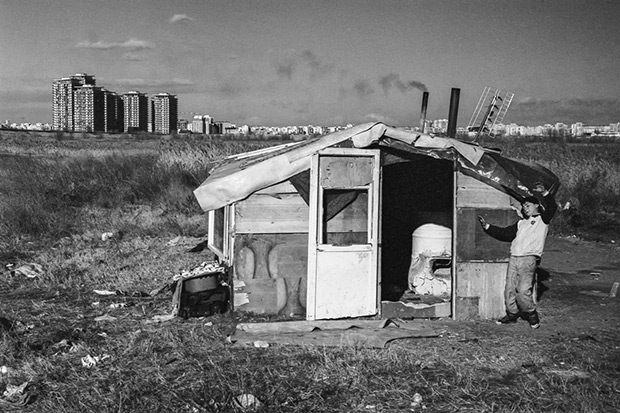 Thankfully there is no snow yet – it looks to be a long autumn. December 2013. 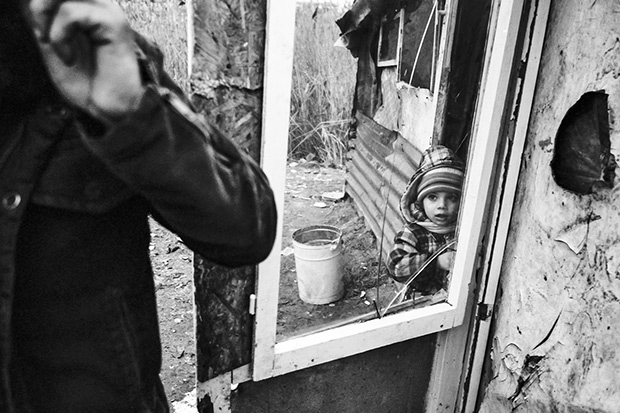 Sandu is looking for another place to live in.  January 2014. 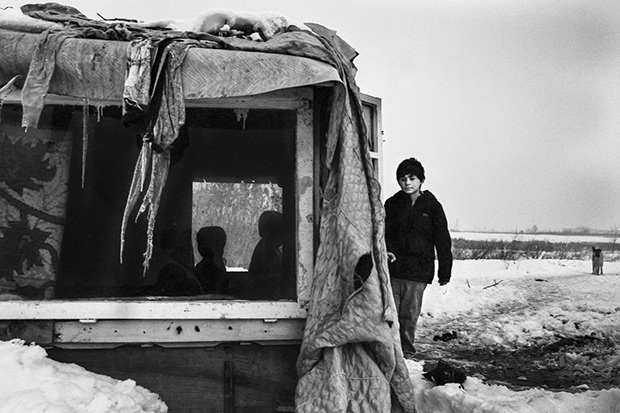 Vasi is planning to leave the pit in the near future with his whole family. January 2014.