A Glimpse Into the Surreal World of Japanese Robotics 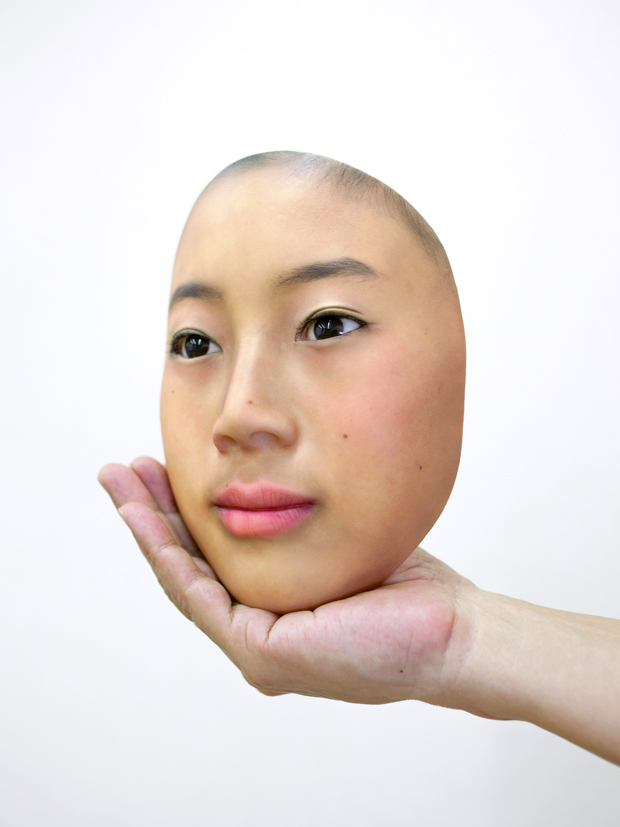 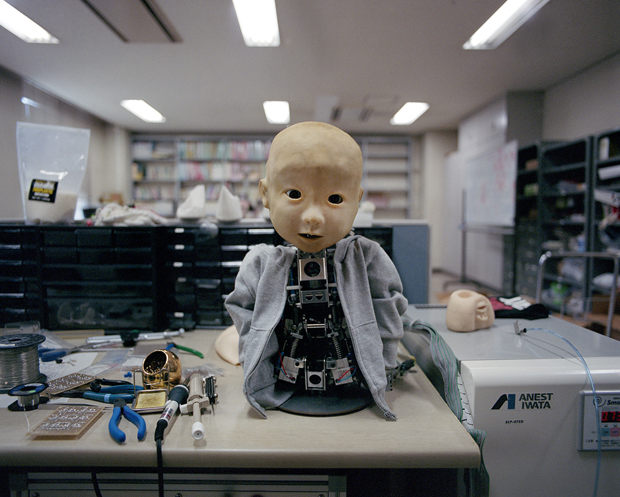 They cloned sheep, a dog. They know you’re you before you know you’re you. Facebook recognizes your face pixel by pixel. And now a small niche of the Japanese robotics industry is developing human-esque robotics as a research tool to understand what it means to be “human” as technology progresses. We might offer up the following: to be human means to think, feel, emote. To breathe, to beat, to beat on. Photography Luisa Whitton’s photo series What About the Heart takes a look at the industry that is redefining just “what” it means to be a human and what it is about us that matters, versus that which is just matter. We asked Whitton a few more questions about the series. 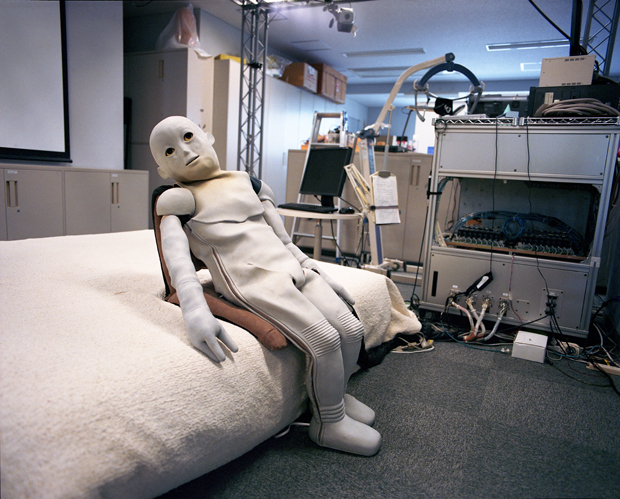 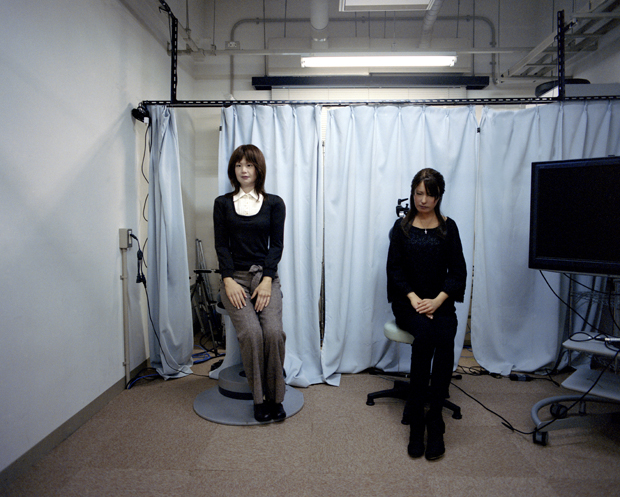 Tell us how you found out about this story and became interested in pursuing it further.
“During my time at London College of Communication studying the BA in Photography, I had started developing a photographic interest in technologies that had direct effects on the human condition and started experimenting with using portraiture to illustrate the relationships between technology and identity. I was then commissioned by the IdeasTap Photographic Award in partnership with Magnum Photos to produce a photo story of my choice. Whilst researching for a story in line with my current interests in technology and portraiture, I discovered Scientist Hiroshi Ishiguro, who had made a robotic copy of himself!? I was initially drawn to the uncanny and surrealistic aspect to Ishiguro’ story, and this area of robotics, specifically in Japan, has a prolific reputation in pushing the boundaries between science, art and philosophy.”

“I contacted Ishiguro directly and arranged an interview and photo shoot with himself and his robotic double. [He] introduced me to his research term ‘Sonzai- Kan’ which in Japanese translates to the ‘presence’ or the spirit of a person. Ishiguro’s main research study was to investigate whether his robotic copy could contain his ‘sonzai-kan’. And in pursuing this research the existence of his double had brought about a series of psychological and philosophical implications. For example, he was faced with confronting his immortality as he aged beyond the age of his robot, that he had created 10 years previously, which led him to invest in plastic surgery to [make] his face the age of his robot. His double made him question what exactly it means “to be” human, and how machines can alter the definition of that.” 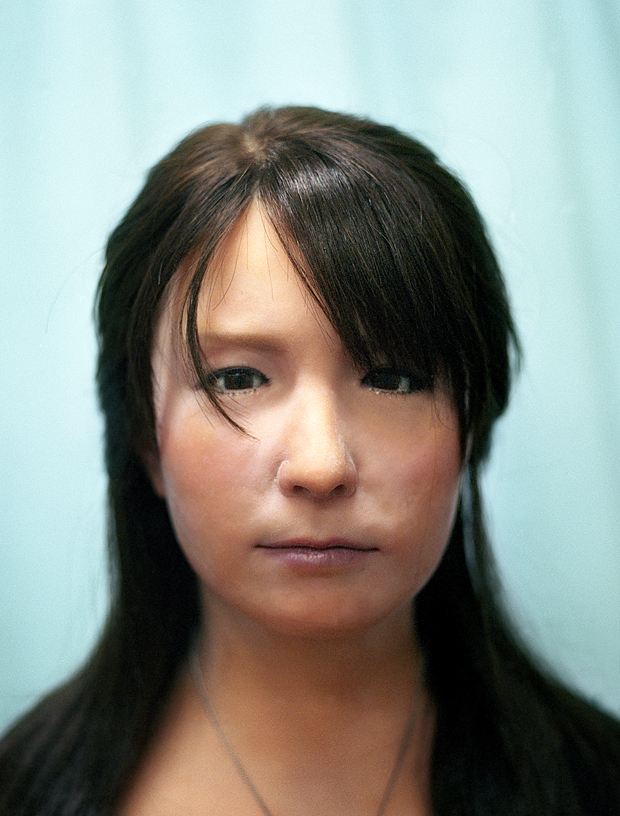 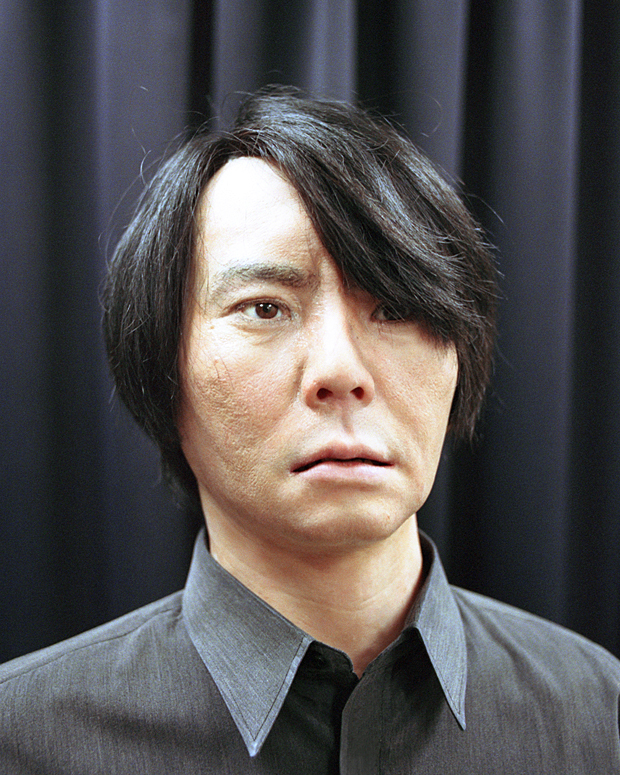 Beyond the visual aspects of this project, what was it that drew you to the subject matter?
“It wasn’t only through photography that I was interested in the underlying themes in this subject matter; the uncanny, the double, the unfamiliar, fiction and fantasy; I was researching these themes in literature by reading Frankenstein, Freud’s Uncanny, The picture of Dorian Grey. And in particular Japan’s attitudes to robotics is what really highlights the ambiguity of the dichotomy of human/ not human. This field of science in Japan isn’t just about the technology; the pursuit of these answers is motivated by gaining a knowledge about life and death.”

“The project started as a short documentary video. I felt that the combination of interview text and photographs was the best way to illustrate the complex subject matter. Once I returned from Japan I began researching for other scientists that were developing human robotics and opened the project up to a wider context, I spent several months traveling Japan interviewing and photographing the scientific progress of other laboratories; the images from this trip made this series. For now, I am still experimenting with how to combine interview text with image, and I am currently working on returning to Japan to produce more work with Scientist Ishiguro, which will culminate in a photographic book and a short documentary video.” 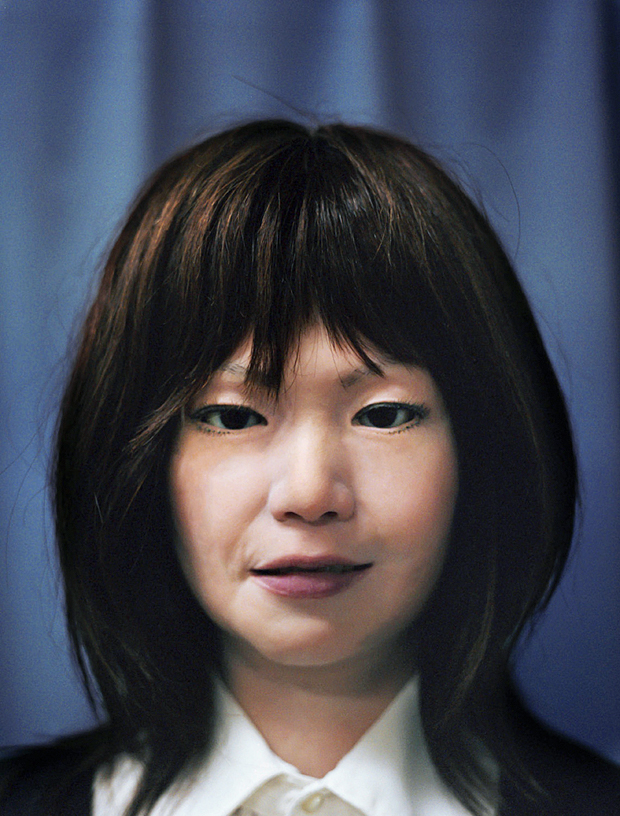 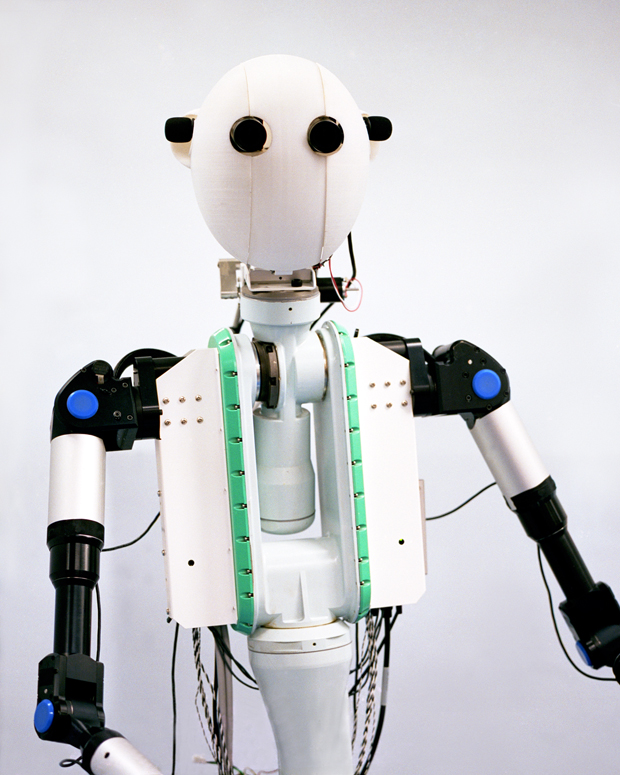