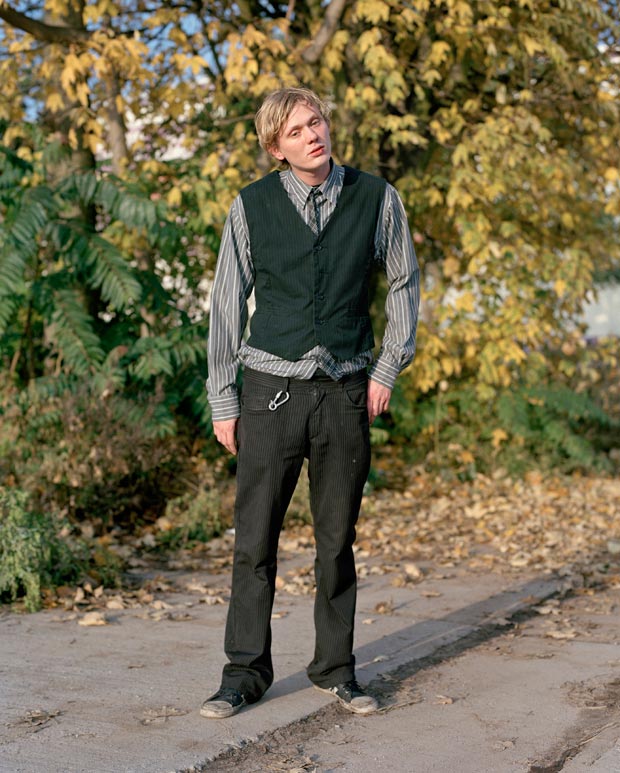 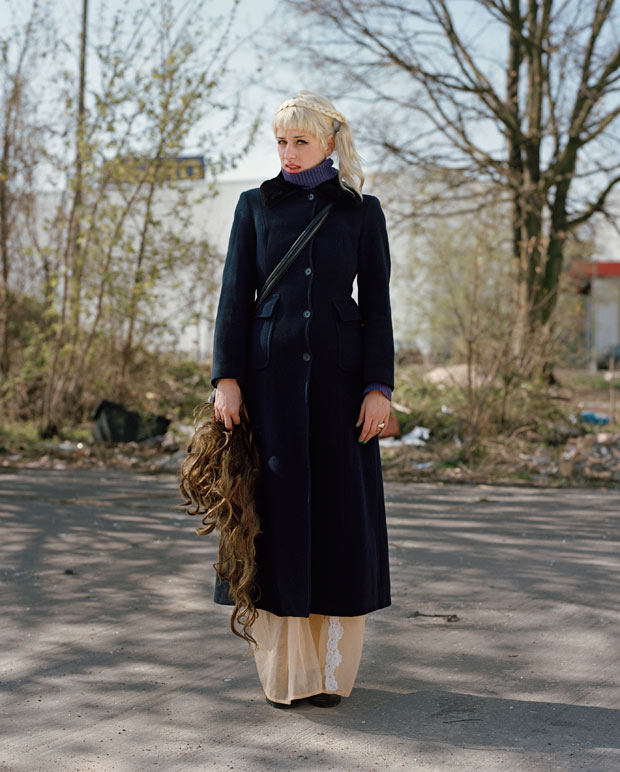 London-based photographer Oliver Eglin captures the illusive clientele of one of the world’s most infamous techno clubs in his series Berghain/Panorama. Blinking and bleary-eyed in the cold light of day, Eglin’s disheveled subjects give us a glimpse into the nonstop revelry, the average visitor spending in excess of 10-12 hrs behind the club’s heavy closed doors. A former power generation plant in a desolate part of East Berlin, Berghain remains open from Friday until Monday afternoon, its 1500 person capacity easily filled two or three times over. The club’s stringent no camera policy coupled with its exclusive cortege of partygoers leads to wild speculation of what really goes on in this urban palace. Waiting outside early on a Sunday morning, Eglin photographs the eclectic clubbers as they greet the dawn, momentarily suspended between the fantasy of escape and the mundane world beyond. 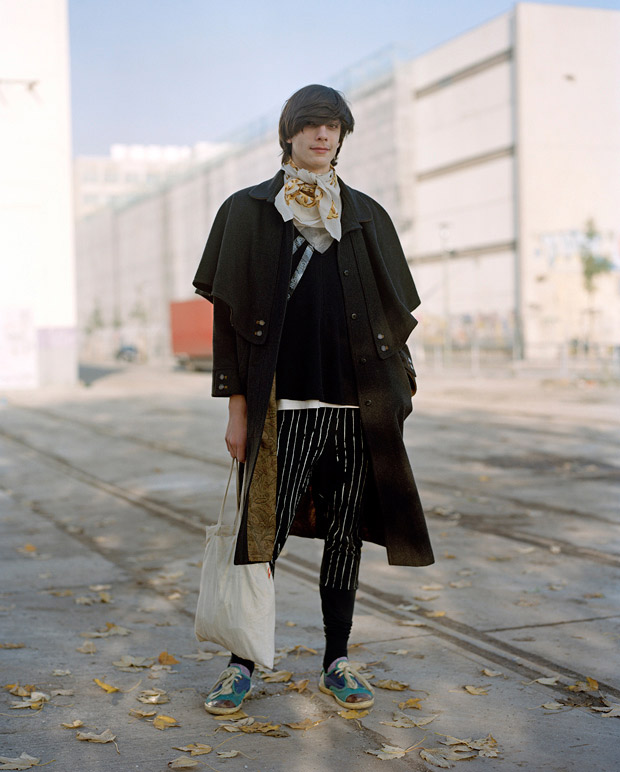 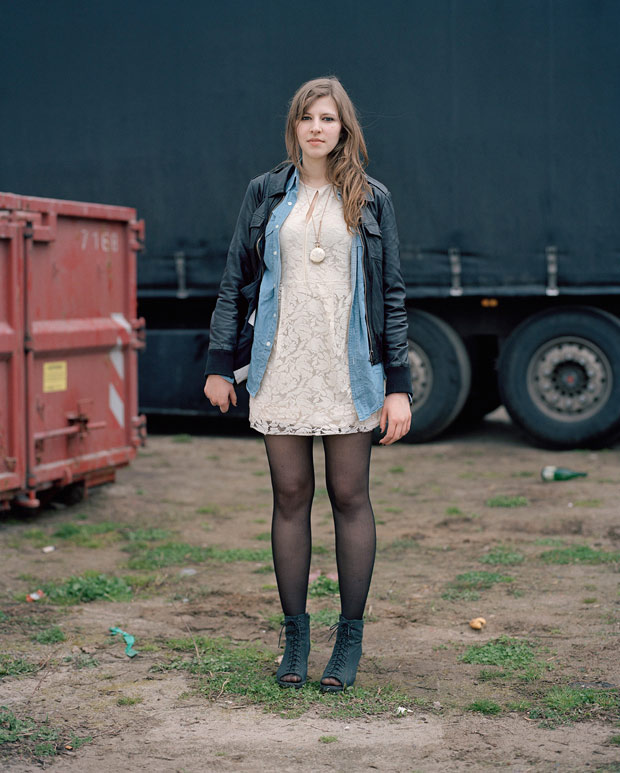 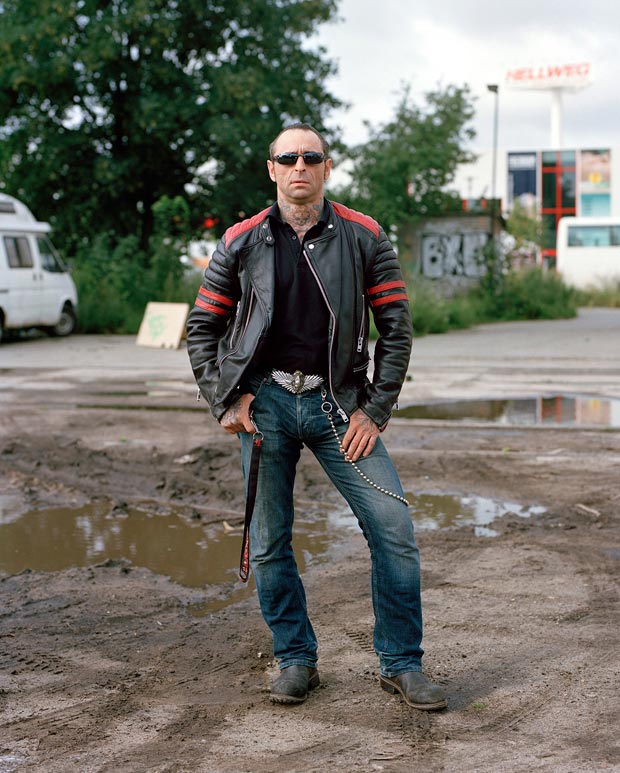 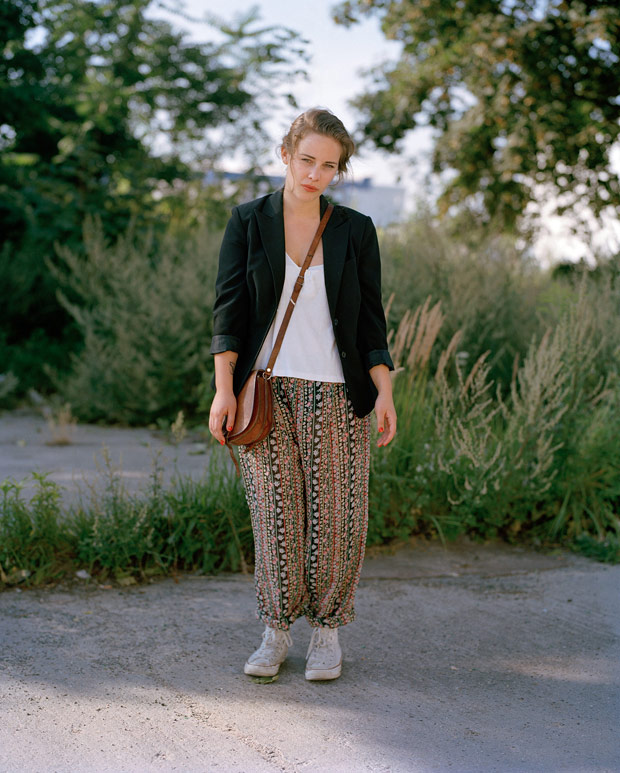 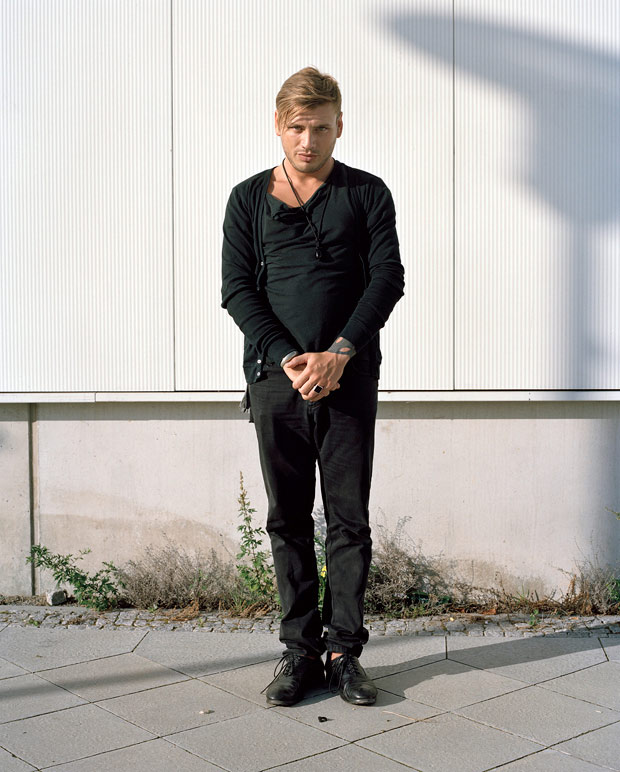 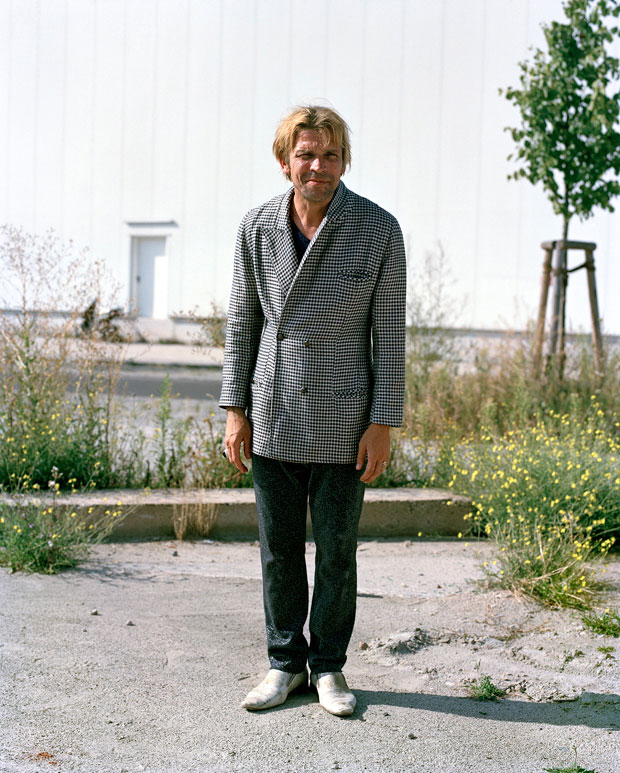 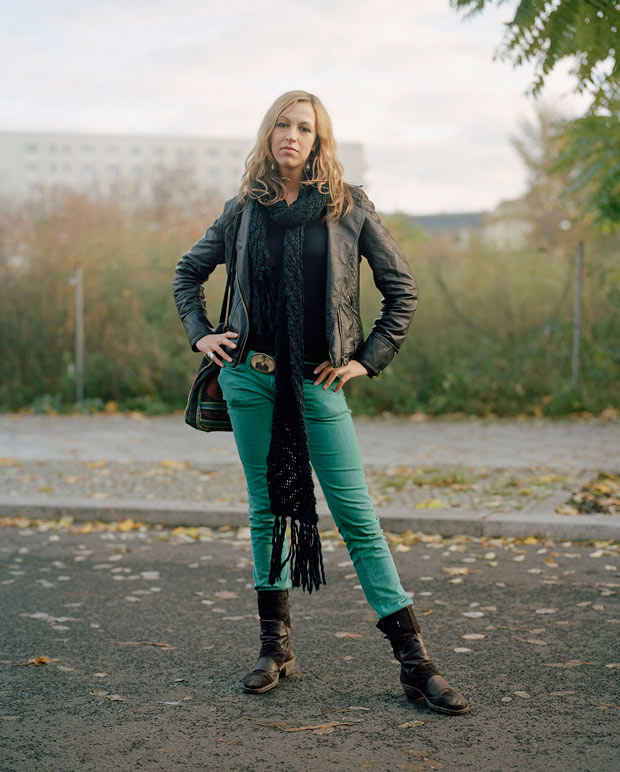 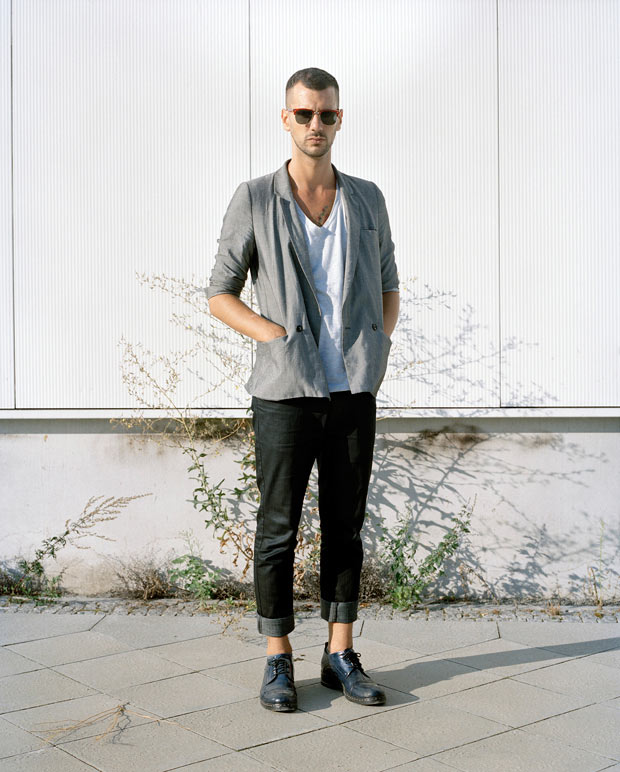 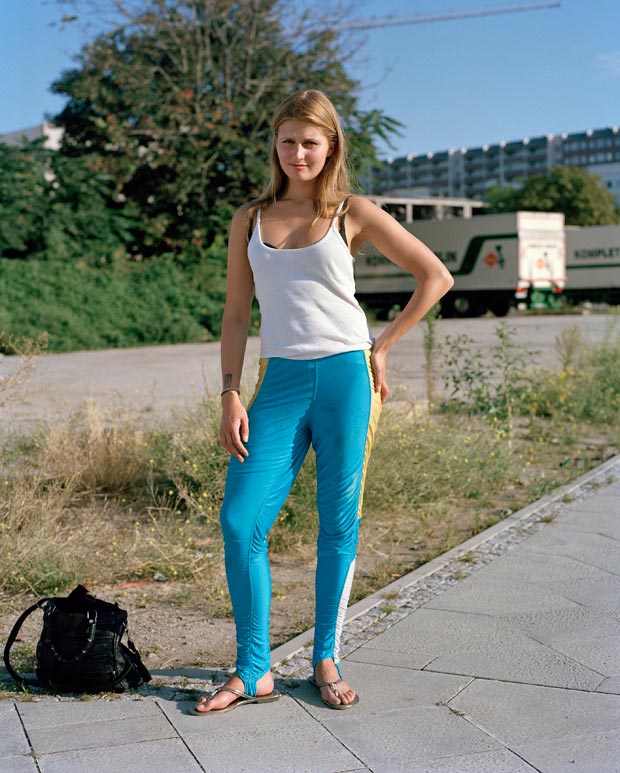 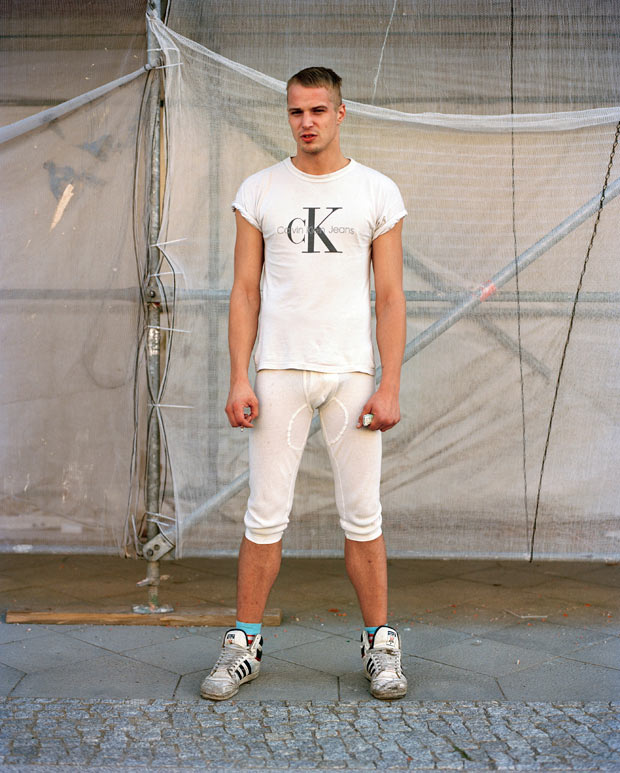 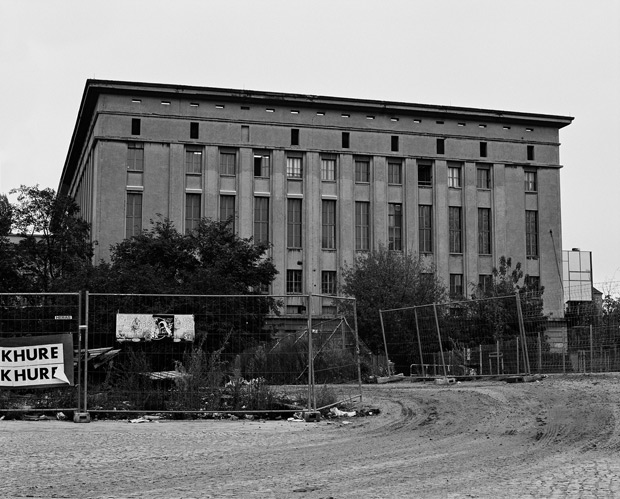