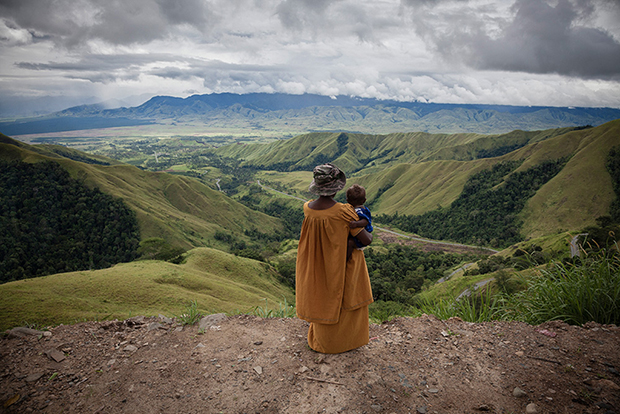 A woman looks down the valley from Kassam pass, Morobe province. The beautiful landscape of PNG’s highlands belies the brutal reality of life in the region, where more than 90% of women report suffering gender-based violence. 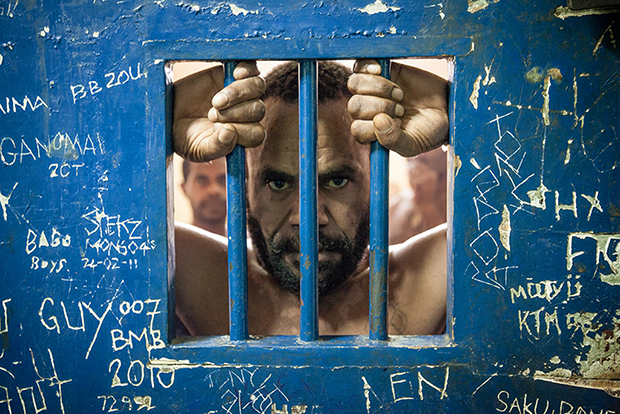 Andres Sime (39), is waiting for trial in a prison cell, having been accused of multiple rapes. The Boroko police station, Port Moresby.

For the past two years Russian photojournalist Vlad Sokhin has been working on a powerful photo project, Crying Meri, to expose the heartbreaking and brutal violence against women in Papua New Guinea. Sadly, the violence has become an everyday part of life in Papua New Guinea, and Sokhin hopes to shed light on this reality through a crowd-funding campaign that supports the publication of a photo book in collaboration with FotoEvidence.

Sokhin has returned to the village over a dozen times covering the spectrum of the issue, talking to women victims, perpetrators, police, and social service workers. Crying Meri is an intimate chronicle of images and stories documenting a violent past and present, but with hope for future change. Help back the book here through March 9th, 2014. 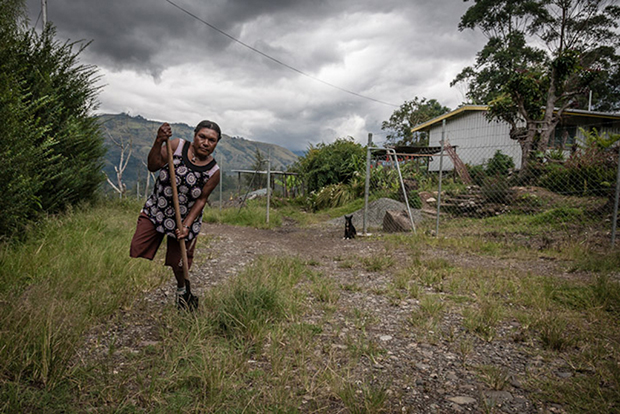 Hellen Alphons (about 38 years old), lost her leg in 2005 in a fight with her drunk husband, Alai Kawa. Alai chopped off Hellen’s right leg with a bushknife in front of their young children, who later called for help. Alai Kawa was arrested by police, but after the treatment, Hellen left her home with the fear that her husband might be released. She came back only in 2010 when she found out that Alai died in prison. Nowadays she lives together with Alai’s sister and they both run a small shop in Kundiawa town, Simbu Province.