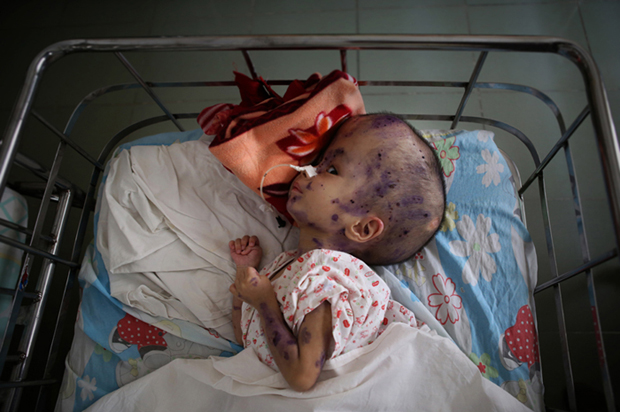 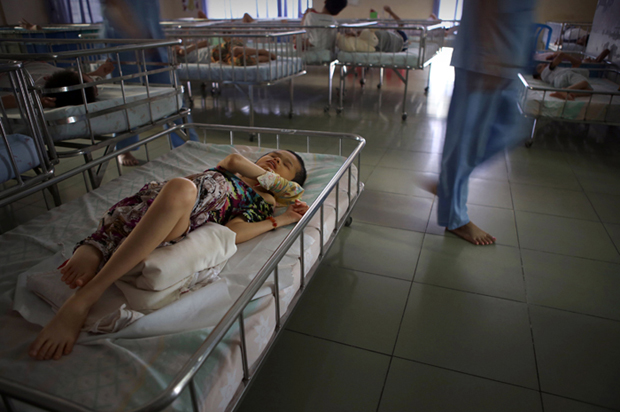 The negative effects of war are seemingly never-ending. Dioxin, or Agent Orange, as we know it more commonly from its use during the Vietnam War, continues to wreak havoc on people born today, 40 years after the fact. Print journalist and photographer Francis Wade documented youth in two orphanages in Saigon to call attention to this insistent and heartbreaking catastrophe. We asked him to elaborate. 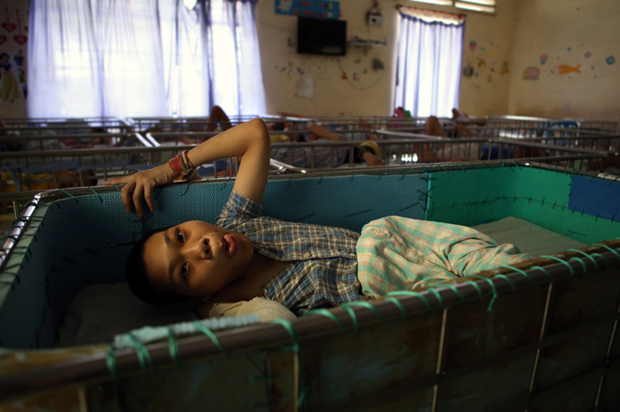 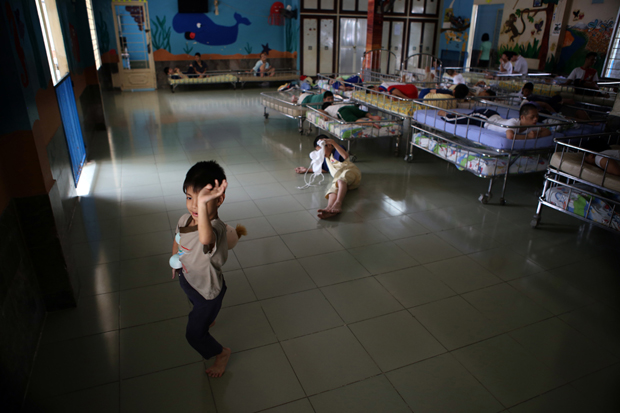 What prompted you to document Agent Orange, and what are you hoping will come of this work? Is it a testament to those currently suffering or a call to action, perhaps both?
“I think there’s a lack of understanding about how damaging the effects of Agent Orange continue to be. Remember that the spraying of the dioxin stopped more than 40 years ago, so you’d think it was confined to history, but that’s not the case at all—thousands of children are being born each year with severe deformities that are likely linked to ongoing Agent Orange contamination of the soil and water. It effects the reproductive organs of mothers so that even if as a child they worked in fields that had been sprayed, and felt no obvious effects themselves, 30 years later they give birth to a child with crippling disabilities.

“The very sad subtext to this all, and the reason why I visited the orphanages, is that many families in Vietnam—particularly in the rural areas that were sprayed with Agent Orange—are too poor to carry the burden of a disabled child, and so abandon them at orphanages. So the families living in areas where there’s still heavy contamination have the double curse of (a) being far more likely to produce disabled offspring, and (b) not having the means to care for the offspring.”

“Another thing I struggle to comprehend is why the US won’t apologize for the Agent Orange campaign. It’s given $43 million for a clean-up operation, but that seems very little when compared with the scale of the problem. I’ve heard people argue that we should move on and focus efforts on cleaning up, rather than assigning blame, but I think it’s important that Vietnamese understand the history and causes of this problem, and for the US, it may make them think twice about chemical warfare—bear in mind that nearly four decades on from the Vietnam War, the US in 2004 used chemical weapons on the Iraqi city of Fallujah and, like Vietnam, the population there continues to be afflicted by its legacy, in the form of abnormally high rates of cancer.” 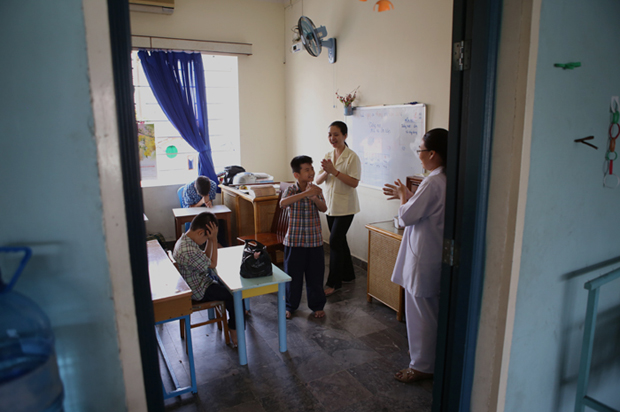 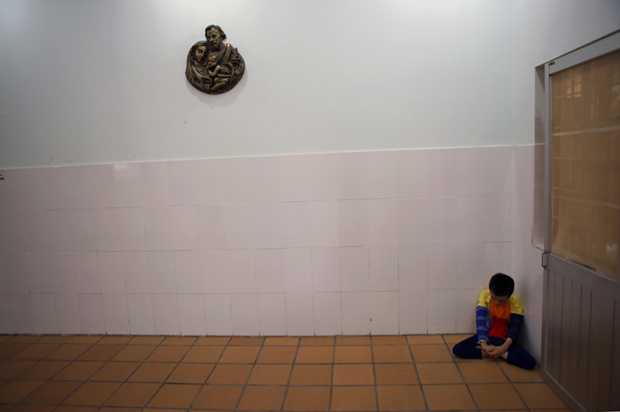 What lies ahead for these children? Who supports them?
“I was very heartened by the dedication of the staff at the two orphanages I visited. The Thi Nghe center in Saigon, where most of these pictures were taken, is overcrowded—one of the head nurses said that on average twice a month she’ll open the front gate to find an abandoned baby outside. But they do what they can—exercise the kids, give them an education, nurture, and care for them. The attachment between nurse and child is strong. At 17 the children have to go to an adult care home. Those with severe illnesses, like hydrocephalus—where the head swells to an abnormal size—probably won’t make it to that age. Those who do are likely to find it very difficult to integrate into society, given that many suffer from both physical and psychological illnesses, and because deformity is still stigmatized in Vietnam. But some do make it, and much of that is owed to the work put in by these nurses early on in their lives.” 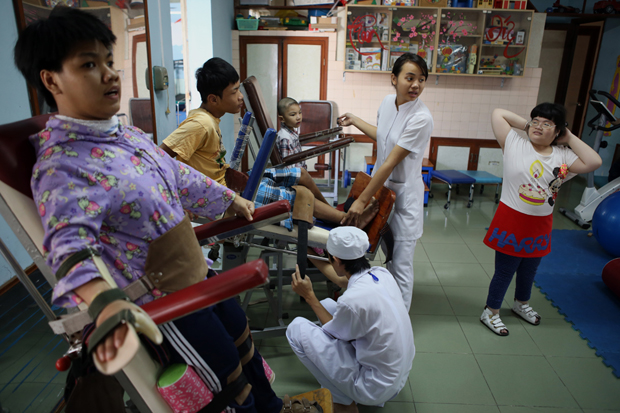 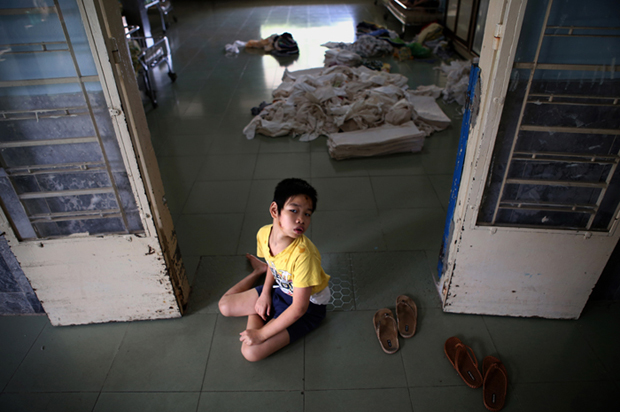 Was this a challenging series to document? How did you approach shooting it?
“I’ve worked in some pretty grim environments before but the immediacy of the shock when I first saw the extent of the disabilities here wasn’t something I’d prepared for. The children with hydrocephalus were particularly saddening, given there’s very little chance of them leading anything resembling a normal life. For a lot of the birds-eye view shots of children in bed I had to hover over them for several minutes at a time with a big camera—reflecting on it afterwards, I realized they may have undergone traumatic surgery in the past, and my presence may have been an unwelcome reminder of that. That being said, I tried to interact with the children as much as possible, and hide my alarm. The nurses took a very light approach to their work and I thought best to try to mimic that.” 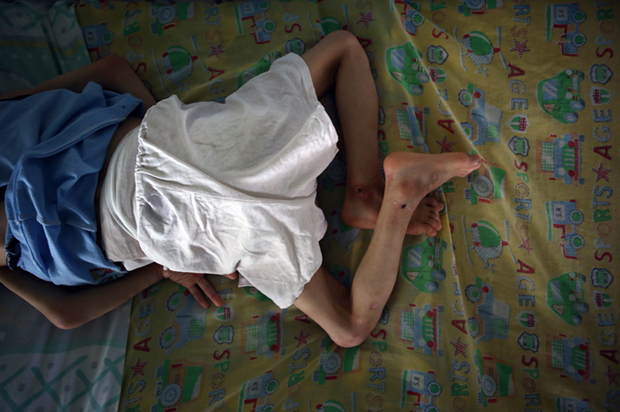 Is this an ongoing project?
“I think it’s a crisis that will persist, and requires sustained attention. A report came out in March based on a four-year study that found levels of dioxin in the soil around an airbase near Saigon where an Agent Orange spillage occurred in the late 1960s to be eight times higher than recommended levels, so there’s a strong chance this won’t be the last generation to suffer its effects.” 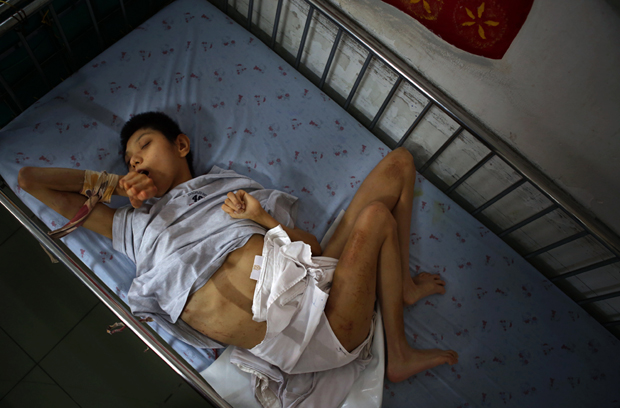 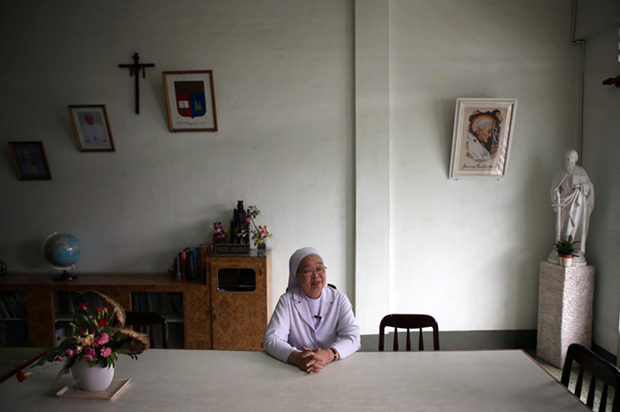