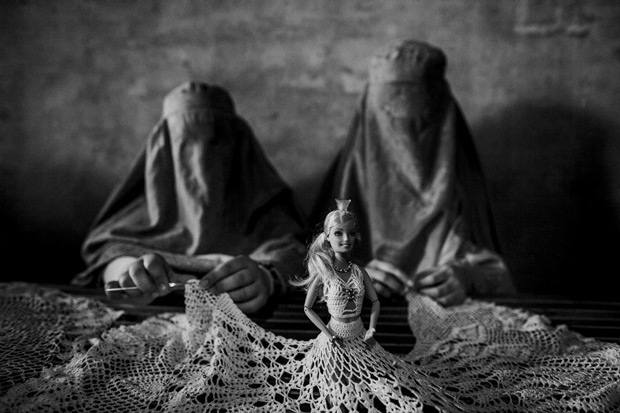 An Afghan woman learns how to make a doll at a workshop sponsored by a Malaysian NGO called Mercy that seeks to help local females to empower themselves. 80 women participate in every workshop despite rising tensions between an increasing Taliban presence in the city and the extensive NATO presence. 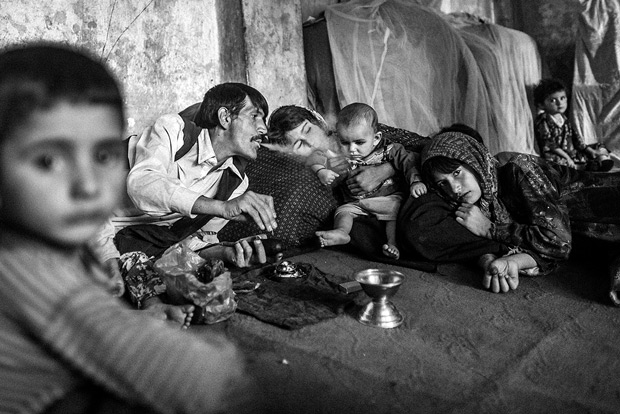 An Afghan man gives his children their daily ration of opium, northern Afghanistan.

For the past two decades, Iranian photographer Majid Saeedi has documented humanitarian issues in the Middle East. He was recently selected as the winner of the 2014 FotoEvidence Book Award for his work Life in War, an intimate account of daily life in the war-torn country of Afghanistan, told in rich black and white images. Afghanistan has been living with war for the last 50 years, and the damage and trauma—both physical and mental—have become commonplace among the people who call the country home. Saeedi first visited Afghanistan in 2001 and recalls the depth of tragedy he discovered there. He has returned off and on for the last decade; choosing to live among the people for four years to experience their quotidian existence firsthand.

Saeedi’s work explores the paradox of living life amidst war—he focuses not so much on conflict itself, but rather on the daily life of people living with conflict, a detail that differentiates his work from much of what has been documented in the Middle East. Life in War captures everyday moments of everyday people living in war’s ravaged path, haunted by both a traumatic past and uncertain future.

FotoEvidence will publish Life in War and mount an exhibition of the work along with work from the four finalists, at the Bronx Documentary Center in NYC on October 16, 2014. 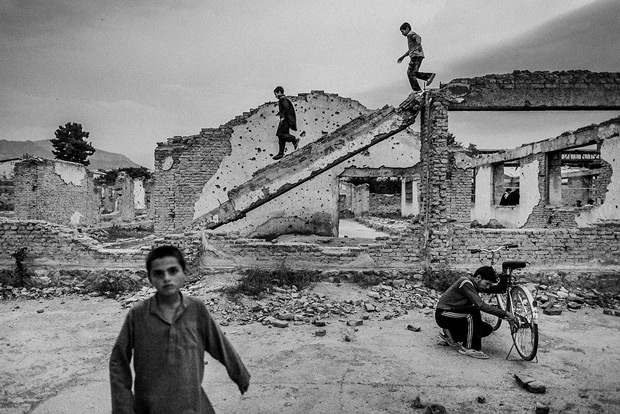 Afghan boys play in wreckage in the center of Kabul. 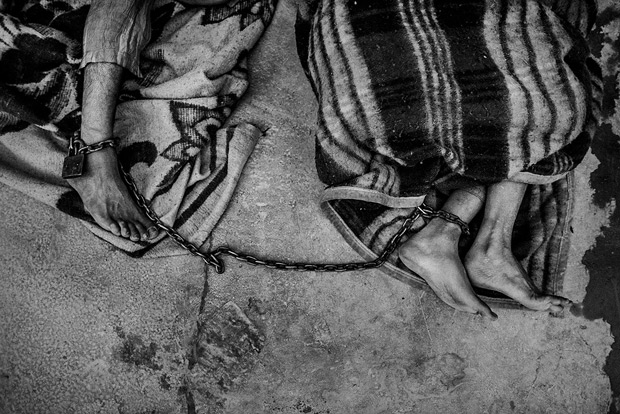 Afghan psychics in a mental hospital in Herat.