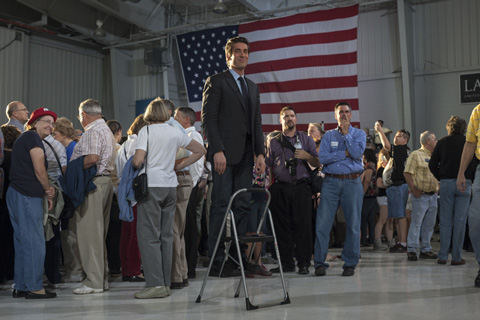 Washington D.C.-based photographer Jay Turner Frey Seawell’s series National Trust examines the way democracy looks. In these dark observations, pangs of red, white and blue light cut through black suited bodies and gray limestone masonry. An uncertain, lurching creepiness pervades the work. Information is not presented earnestly in these photos rather it is withheld, blocked by TV cameras and dark shadows that loom menacingly over the punctum of the frame. National Trust is an allegory for the present condition of American politics, a behind-the-scenes tearing apart of the ways in which political transparency is constructed. Seawell recently spoke to us about the series. 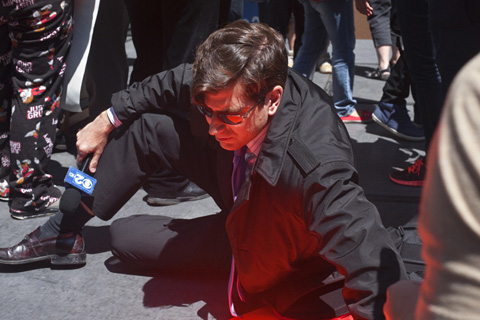 Describe your relationship to politics.
“As a citizen, I’m actually not especially engaged in politics. I vote and I pay attention somewhat to politics, mostly national, but I don’t volunteer for campaigns or organize protests or anything like that. As an artist, though, I am engaged with politics in the sense that I’m interested in spectacles that are engineered by politicians for public consumption, and so part of my current project has involved going to political rallies so that I can see these spectacles and make work about them.

“I used to work in journalism, and sometimes I would photograph political events for publications that required getting to the heart of the story. While on assignment, I would occasionally take pictures of the construction of the scene rather than the scene itself. After turning away from political events for awhile and going back to them as an artist, I can let go of trying to make images for a news story and instead concentrate more on the spectacular nature of these events. In a sense, the specifics of the events didn’t matter anymore, and I became more concerned with the marriage of artifice and reality in these environments.” 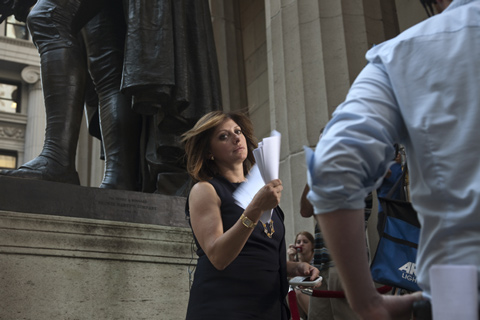 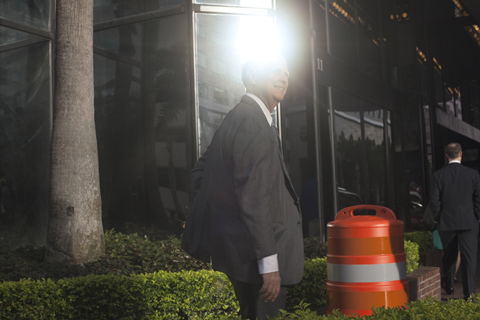 Why did you start making this series?
“As is often the case, my reasons for making the pictures changed as the project grew. Initially I was making pictures of architectural forms, especially Greco-Roman, that we often find in our government institutions and memorials. I’ve always been interested in history and the relationship between past and present, and so this architectural language appealed to me because of its association with past empires, as well as its grandeur that is supposed to inspire reverence and this timeless feel.

“I knew that the project needed to expand and that it wasn’t just about architecture. I began going to financial districts and public spaces that had this architecture but as I photographed I was paying more attention to individuals, crowds, media setups, and the current situations that arise in these spaces. Eventually I began to photograph media almost exclusively, which led to political events where there tends to be a large media presence.” 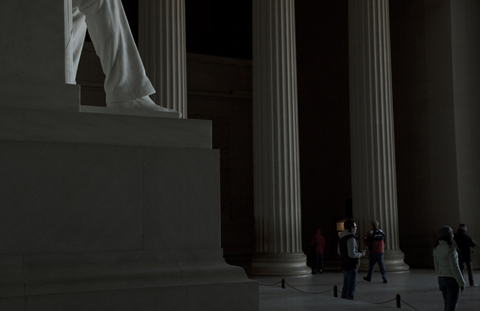 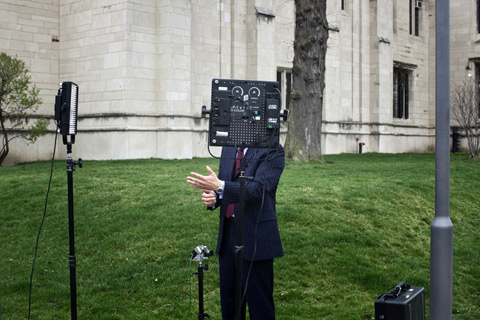 What are these pictures “about”?
“What ties the work together is the emphasis on surface appearances—the images come from an interest in the power these surface appearances hold, and how they continue to play a critical role in how we perceive this country’s past and present. These surface appearances range from a life-size printed facade of the Supreme Court building that covers up its real facade to a theatrically lit reporter standing on a step stool for his camera crew. Given that many of my subjects seem familiar, yet not instantly recognizable, this work has the potential to engage a wide audience, from U.S. citizens who live under U.S. structures of authority to foreigners who have their own judgments and characterizations of this country.” 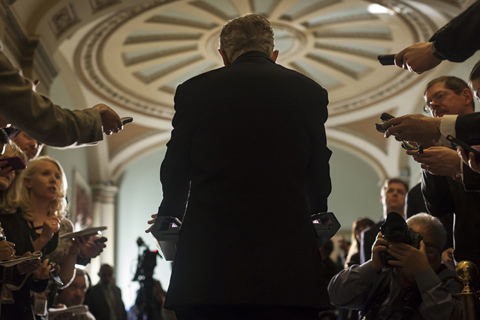 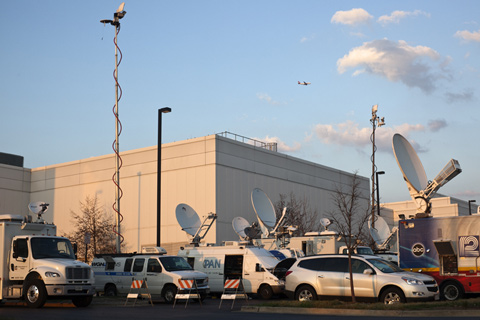