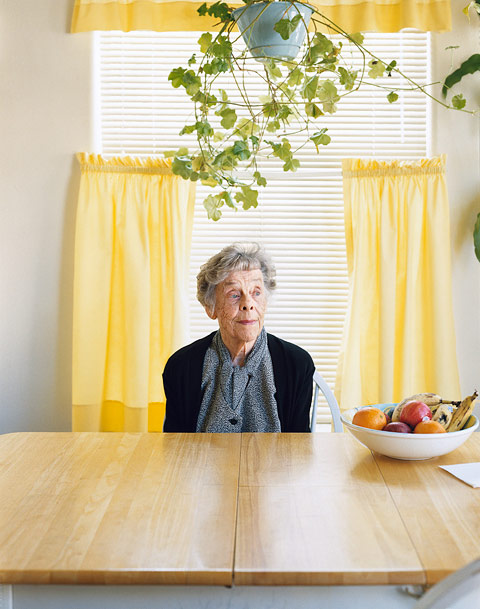 Grandma sitting down for lunch after Grandpa’s funeral

After 67 Years is the moving series by Bay Area photographer Mark Mahaney created after his grandfather’s memorial service in 2011. Mahaney took a moment to capture images of his grandmother in her home, the absence of the departed evocative. Below, Mahaney shares his words about the experience.

During the last few minutes of February 28th 2011, my grandfather passed away at the age of 89. His son, my father, passed away in 2006 and the understandable sadness of outliving his child created a steady decline in his overall health. I’m now the only male left in my family.

On the 4th of March we had a memorial service for my grandfather. After we returned back to my grandparent’s home, I asked my grandmother if I could take a few photographs of her as well as some of my grandfather’s belongings. As a result of her memory issues, her overall awareness of everything, including my grandfather’s passing, wavered from moment to moment. I’ll never know which state of awareness she was in during each of these photographs. She vacated her consciousness at a whole other level the day these images were taken. She was never the same again.

These photographs serve not only as documentation of the day of my grandfather’s funeral, but also of the last day my grandmother was truly alive inside.

A little over a year after these images were taken, she passed away. Her heart seemed to be broken. I wish now that I had more images of her, as I always long for more photographs of my family and those I love, but her decline was so rapid and heartbreaking to me that photographing her in that state just wasn’t how I wanted to remember her.

Since my father predeceased his parents, my sister and I inherited my grandmother’s stake in the farmland where she grew up in rural Missouri, including the remains of her childhood home. Last month, we had a memorial for my grandparents there and I realized how little I know about my family’s history. I’m now inspired to document this small town of seventeen people as a way to continue having a relationship with my grandmother and to gain further insight into who she was and where I come from. 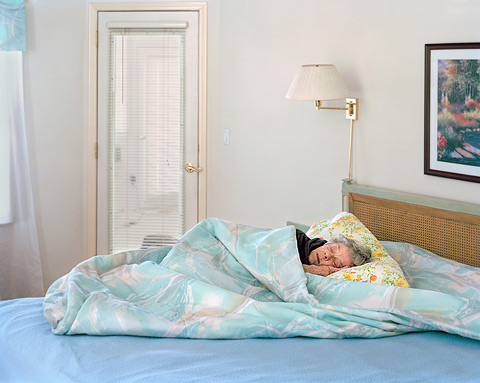 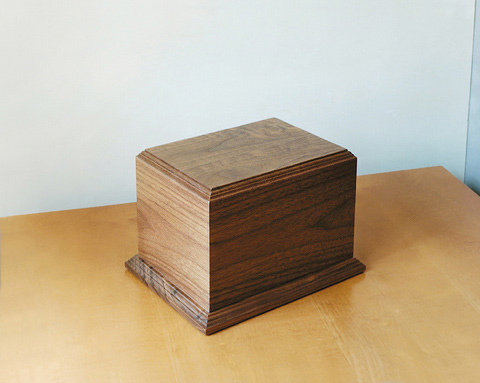 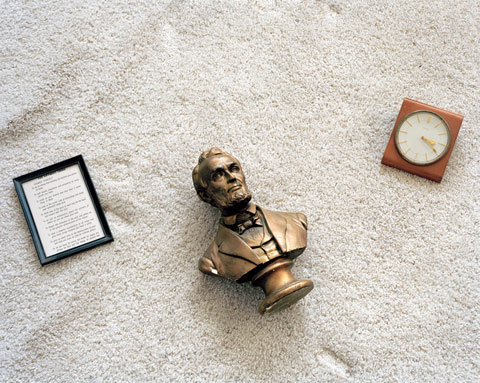 Goodwill Donations (some of his belongings) 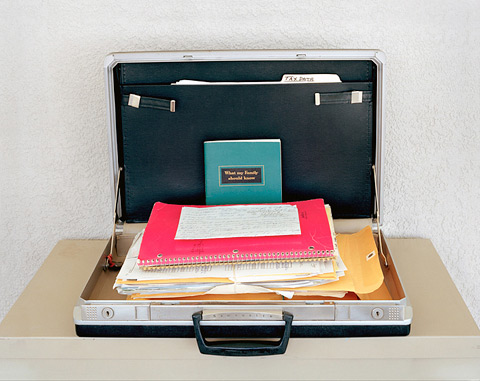 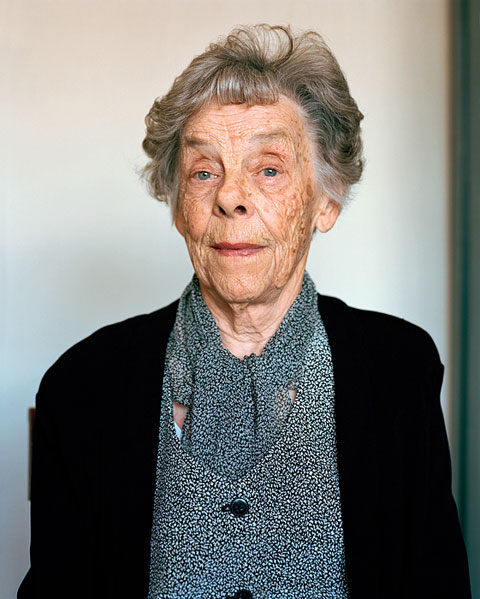